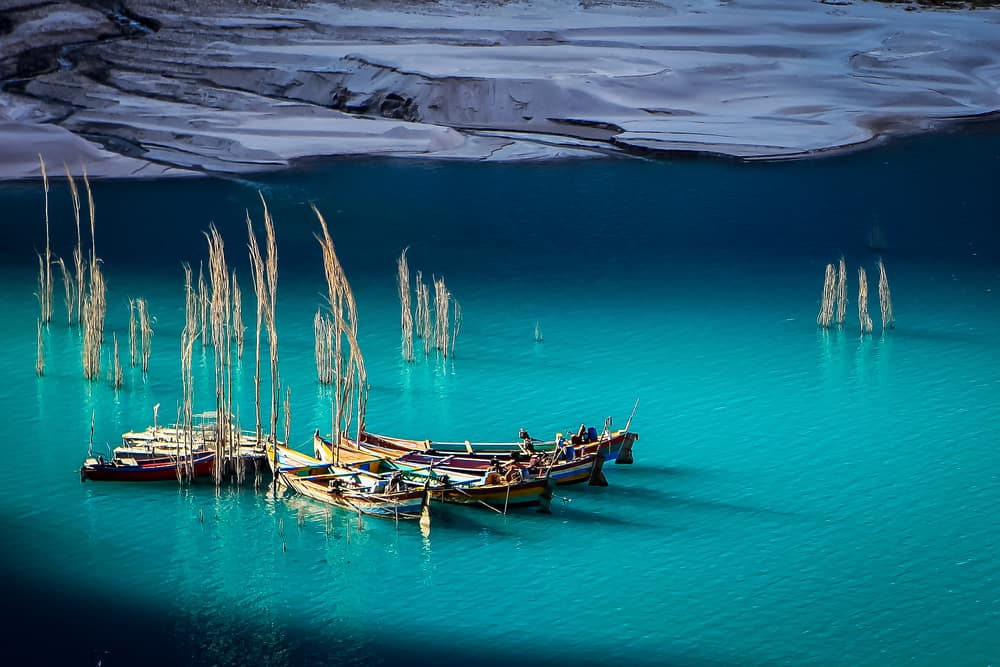 Sometimes a mysterious country, not many know of Pakistan’s true beauty. I spent a lot of my childhood in Pakistan and it’s actually a country steeped in intriguing history, a strong cultural identity, friendly locals and blessed with spectacular mountain landscapes and dotted with desert forts, villages, and bustling cities filled with ancient bazaars and jaw-dropping mosques.

From my time spent living in this wonderful and very underrated country, here the best and most beautiful places to visit in Pakistan…

1. Lahore Fort, Lahore – one of the stunning monuments to visit in Pakistan 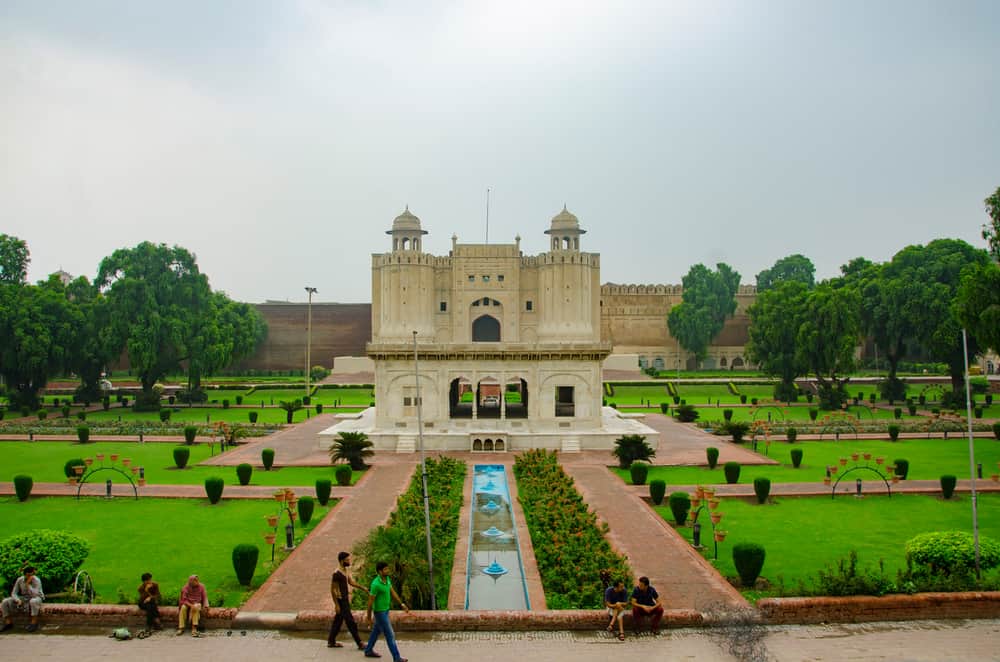 Lahore is not only the second-largest city in Pakistan but also one of the wealthiest and most significant cities in the country. Here you can find a unique balance between modern city life and historical remnants.

Undoubtedly, the most notable place to visit is the Lahore Fort, which is a 11th century iconic monument with unforgettable grandeur. 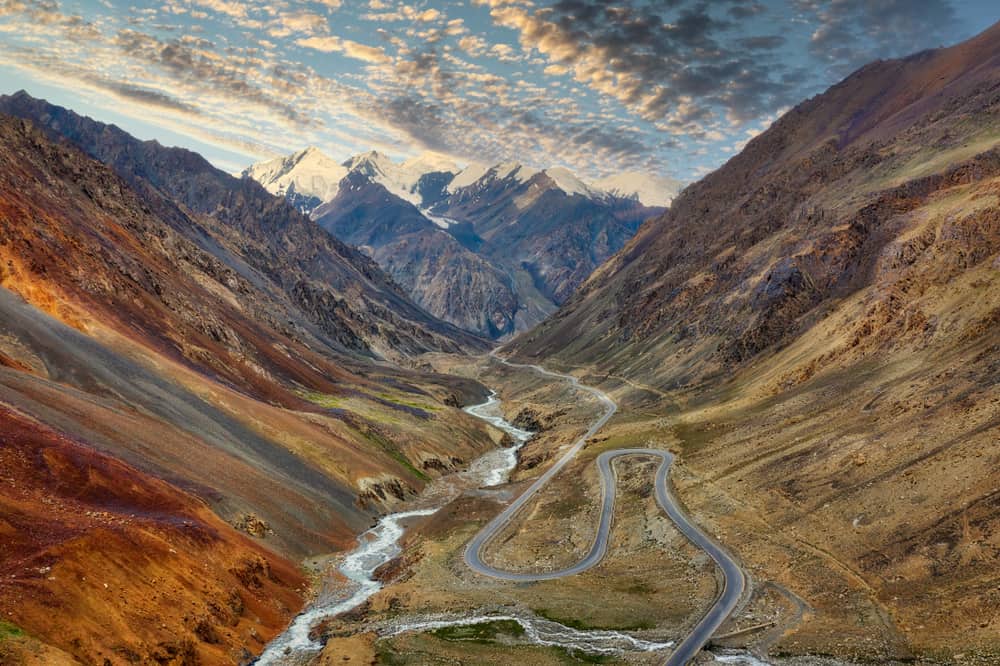 Karakoram Highway, also known as the KKH or the National Highway 35, is a 1,300 km long spectacular road. The highway runs from Kashgar, a city in the Xinjiang district in China all the way to Abbottabad in Pakistan.

Co-built by Chinese and Pakistani governments, this highway showcases a symbol of the friendship between the two countries and is popularly known as the Friendship Highway.

Started it 1959 and finished in 1979, this remarkable road took 20 years to complete construction. The highway offers quick and easy access to beautiful lakes, scenic glaciers, and stunning mountains, making it one of the most popular places to visit. 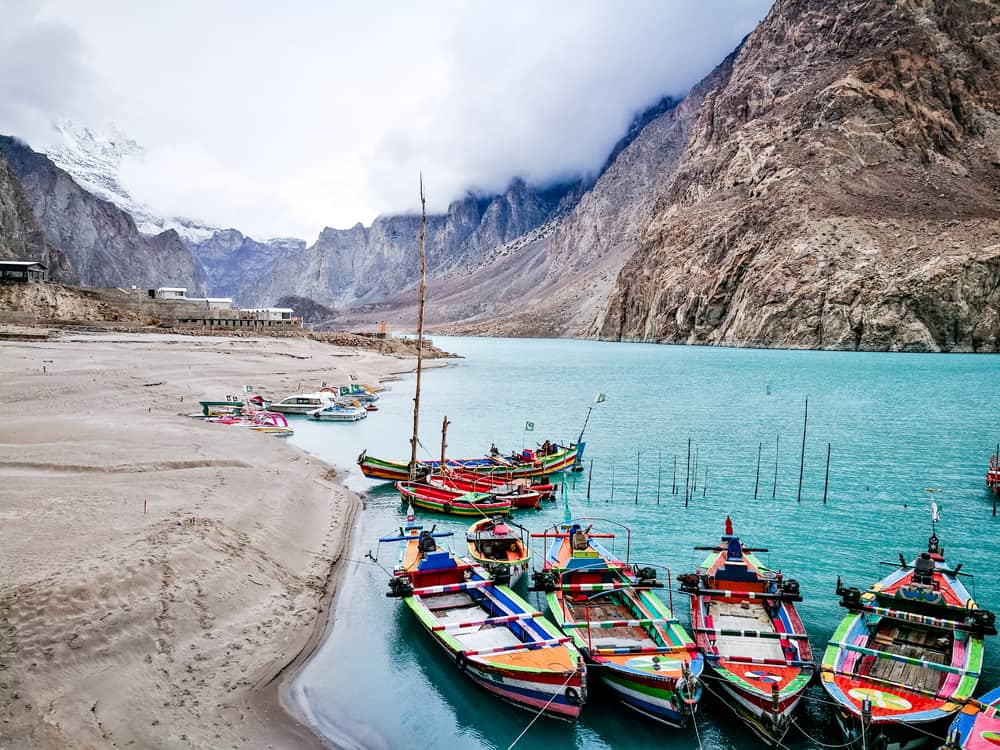 The crystal-clear azure waters of Attabad Lake offer a striking view to countless tourists that flock here each year simply to catch a glimpse of this stunning blue lake. Located in the Gojal Valley, Attabad Lake was formed recently due to a natural disaster in 2010.

The village of Attabad, along with four other villages, was hit by a landslide. This calamity obstructed the flow of River Hunza for almost five months, and the obstructed river water soon overflooded to form a lake.

4. Fairy Meadows – one of the best places to explore in Pakistan 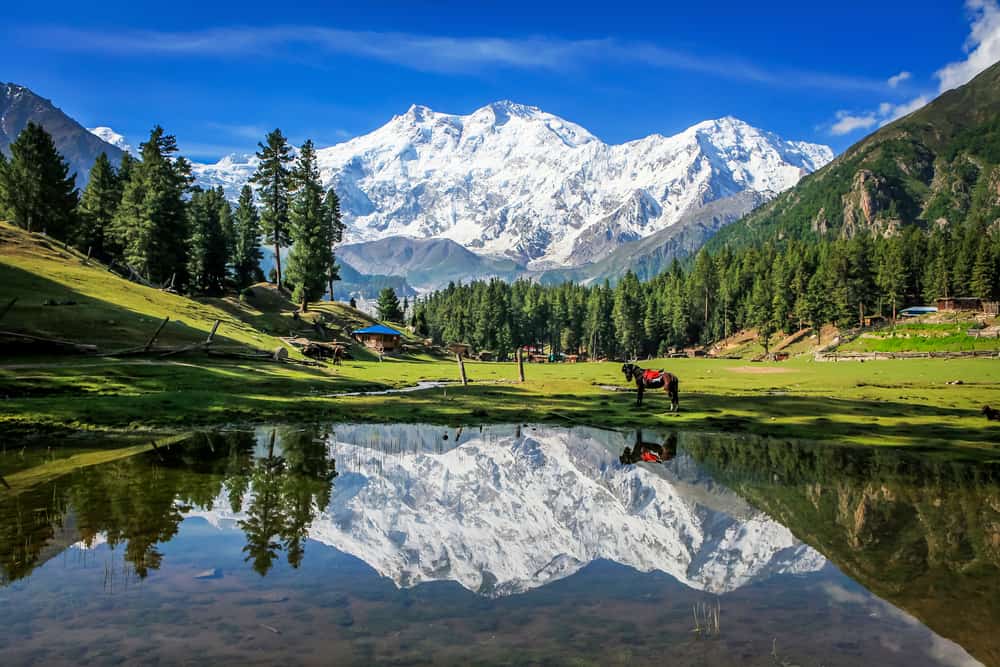 Approximately 15 years ago, the government of Pakistan declared the gorgeous Fairy Meadows as a National Park. Fairy Meadows is a beautiful grassland situated in the Rakhiot Valley. The view of the Nanga Parbat Mountain from this location is sheer magnificence.

The area was named as Fairy Meadows by Hermann Bhul, an Australian climber who was mesmerized by its breathtaking beauty.

There are lovely wooden cottages and lodges that are perfect for a getaway amongst stunning mountain ranges and rolling valleys. A moonlit night in Fairy Meadows is truly a magical experience. 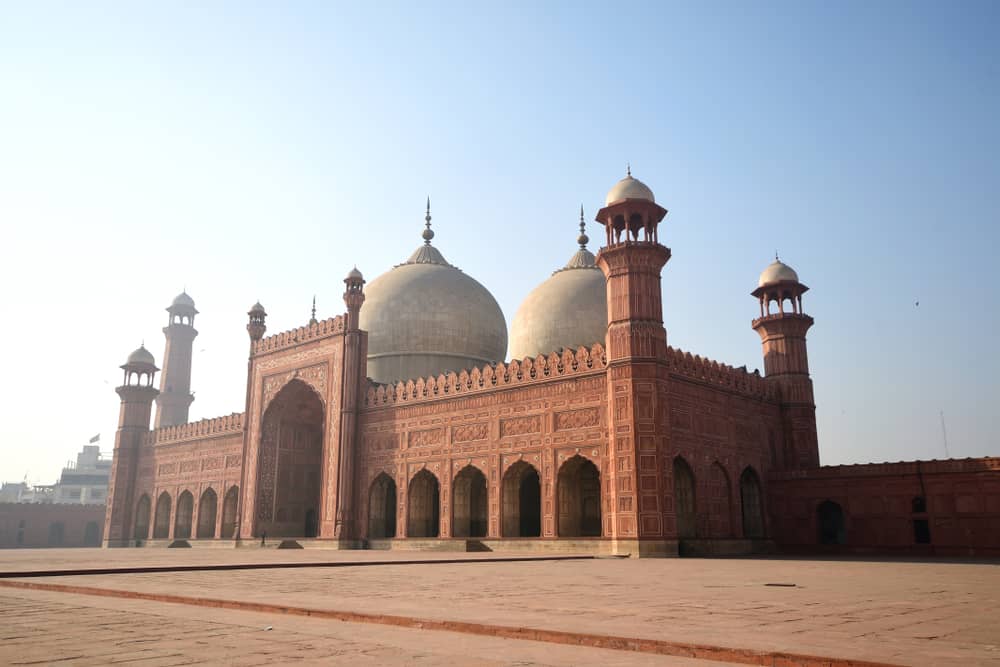 The Badshahi Mosque is the second largest mosque in Pakistan. This beautiful landmark that stands majestically in the city of Lahore was built by the Mughal Emperor, Aurangzeb, and was later used by Sikhs and the British as a garrison.

The exterior of the mosque is made with red sandstone and is decorated with magnificent marble inlay. The complete mosque is intricately carved with floral designs that wonderous to see. 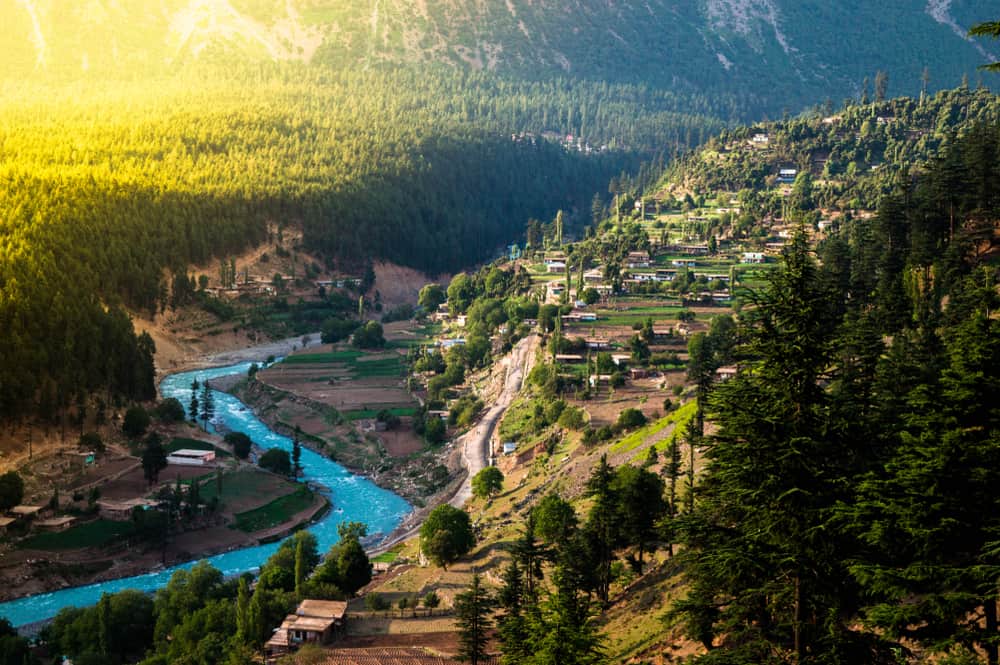 Kalam is a gorgeous valley located in Swat, along the banks of River Swat, in Pakistan’s Khyber Pakhtunkhwa province. 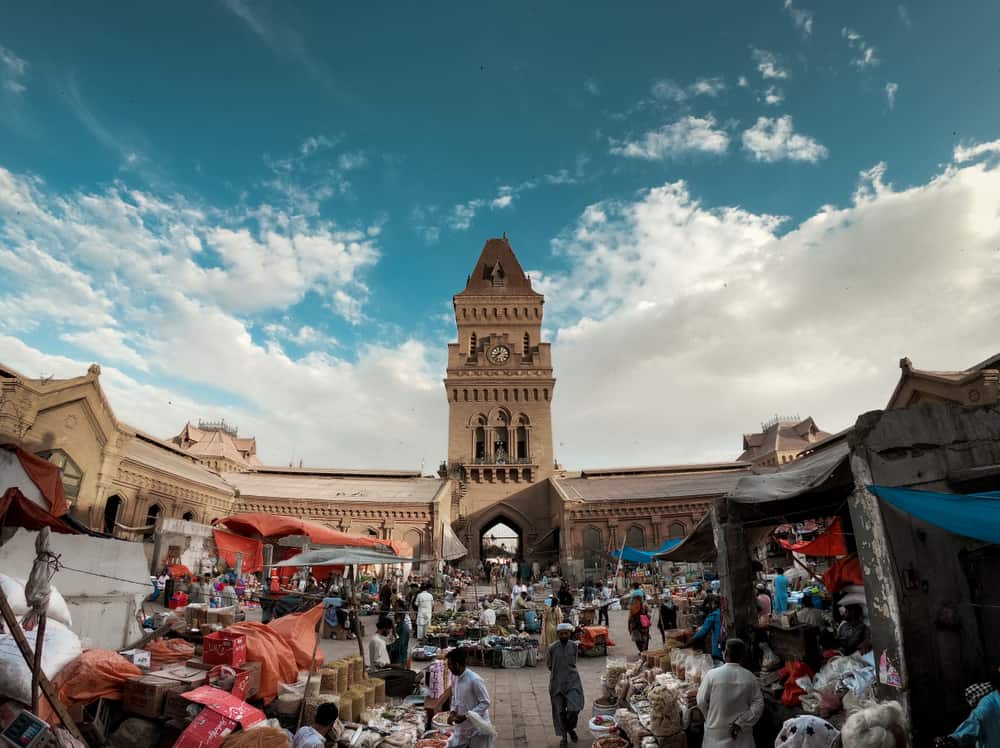 A bustling large city which is actually Pakistan’s main financial and industrial centre but is filled with architecture and culture too. Karachi is the twelfth largest city in the world and the biggest in Pakistan.

It’s located on the coastline in the Sindh province in southern Pakistan, highlights include Mohatta Palace, the spectacular Clifton Beach, the striking white marble monument Mazar-e-Quaid, Charna Island, and the  Chaukhandi Tombs.

8. Hunza – one of the most beautiful valleys of Pakistan 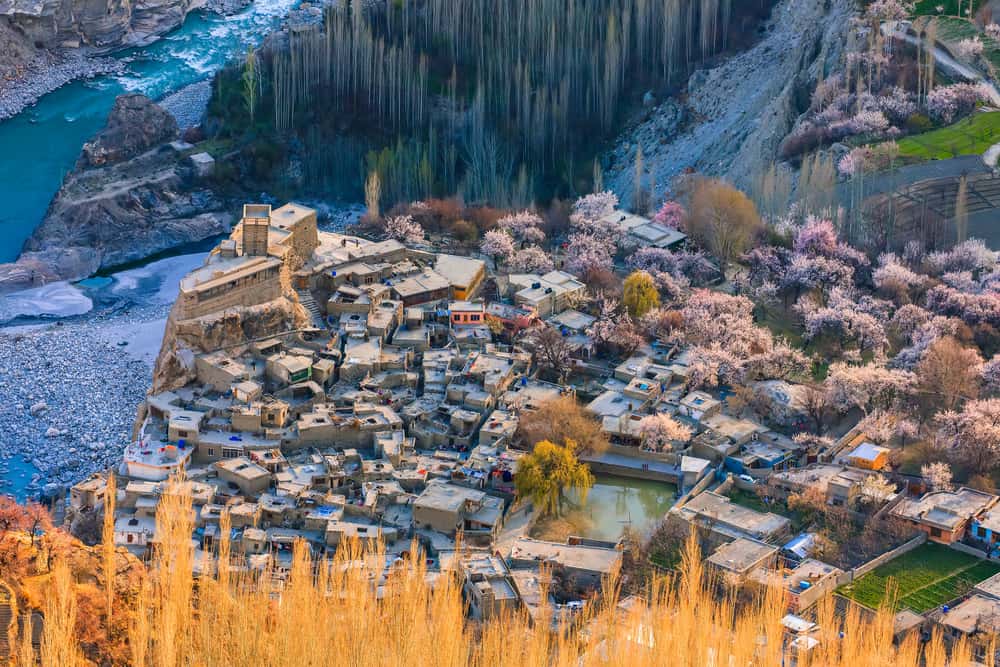 Hunza is a mountainous valley based in Gilgit-Baltistan, Pakistan. This secluded valley is surrounded by extremely high peaks that stand up to 7000 m tall.

The area houses several interesting Buddhist archaeological sites and is also home to Baltit Fort, landmark for the largest town in Hunza, Karimabad.

This area is famous for its local food, which is both healthy and delicious. The sunrise from Rakaposhi Mountain is a sight that shouldn’t be missed! 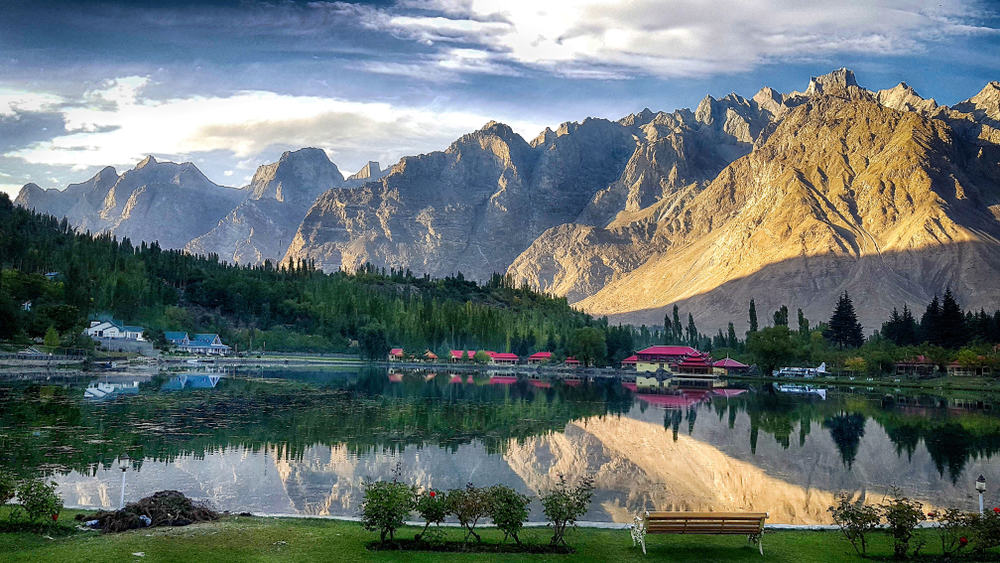 Situated in the Skardu Valley, Deosai National Park is an alpine plateau that is surrounded by mountains. Its strategic location and prime weather makes the park rich in biodiversity.

You can find animals like the Himalayan Ibex, Tibetan Wolf, Golden Marmots, and Tibetan Red Fox in this region.

The rivers that flows through the park is spotted with rare fish species, and the region is both a breeding and resting ground for exotic bird species. Deosai National Park also boasts a vast variety of rare plant life.

10. Makran Coastal Highway – one of the most scenic drives in the world 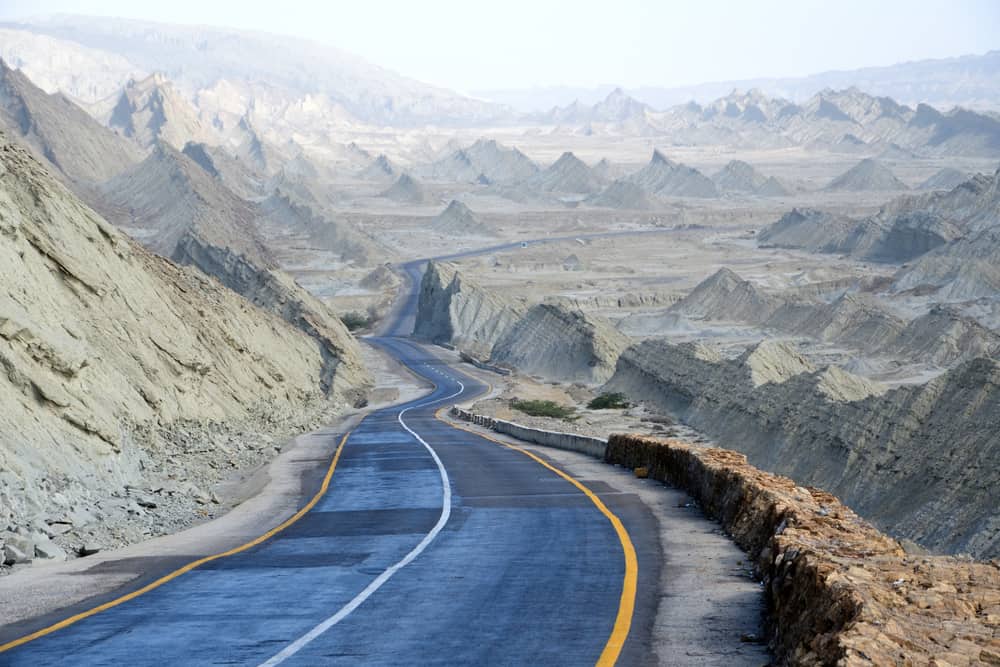 Makran Coastal Highway is Pakistan’s famous National Highway 10 or N-10 and is the country’s most scenic highway to drive on.

Constructed along the Arabian Sea from Karachi to Gwadar, the highway runs 653. The construction of this coastal highway was completed and opened to the public in 2004. 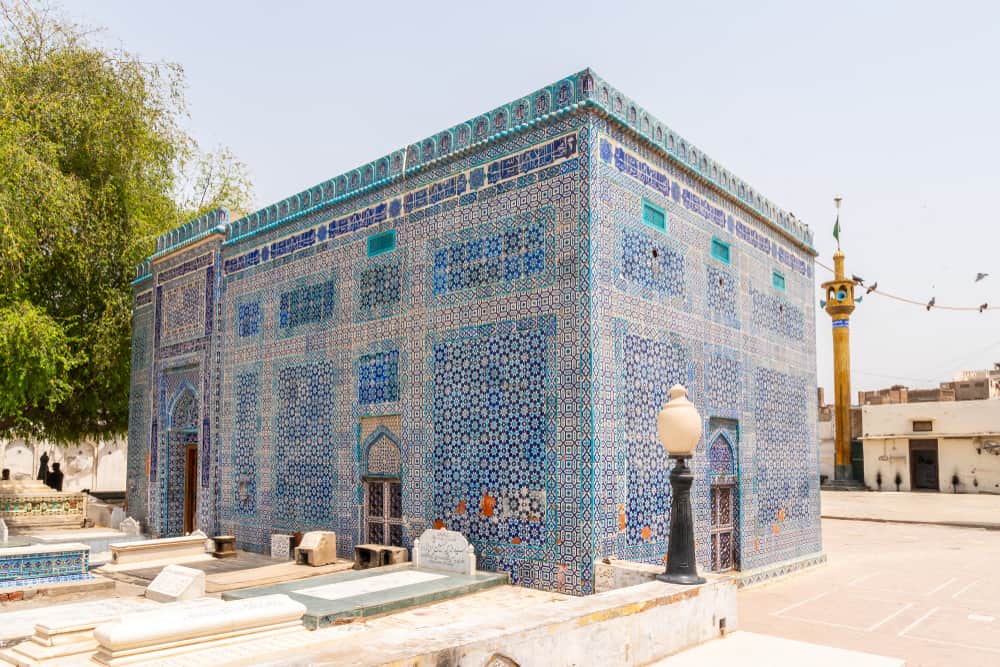 This immaculate shrine is dedicated to an Islamic Sufi Saint, Shah Yusuf Gardezi, who is known to have performed several miracles while he preached Islam to the people in this region.

The shrine is located in Multan. The ‘aina-kari’ or mirror-work and blue and white glazed tiles that decorate the interiors of the tomb are the main attraction of this shrine.

The interiors of the mausoleum also include beautiful floral embellishments in delicate designs.

12. Margalla Hills – a hill range which is part of the Himalayan foothills 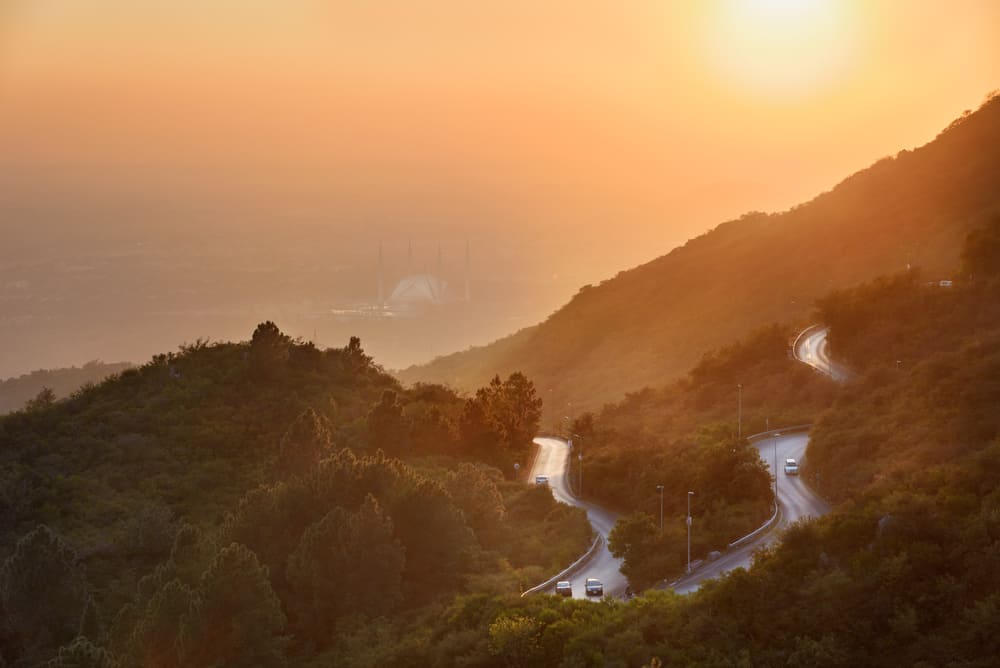 The hills have rich flora and fauna with over 250-300 species of plants, most of which have medicinal value.

A large part of the hills remains unexplored, thus making it home to several species of birds, mammals, reptiles, amphibians, fish, and insects that are yet to be discovered. 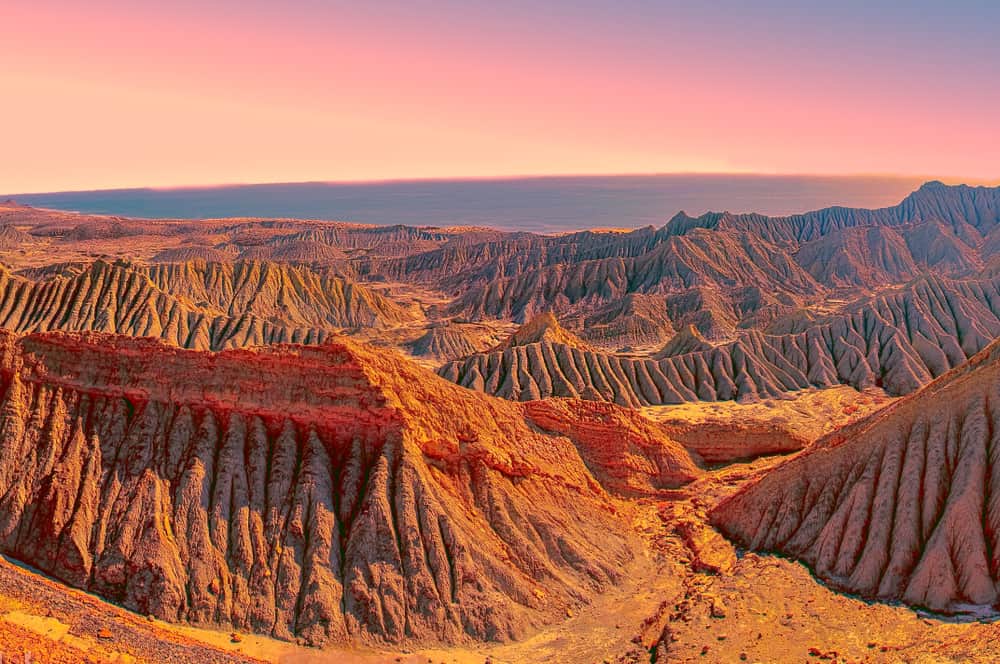 The largest National Park in the country, the Hingol or Hungol National Park is located in the Makran region of Pakistan. Its boundaries extend to three districts – Lasbela, Gwadar, and Awaran and it gets its name from River Hangul.

This huge park boasts 6 ecosystems and is home to a plethora of birds and animals.

14. Shah Jahan Mosque – the stunning main mosque in the city of Thatta 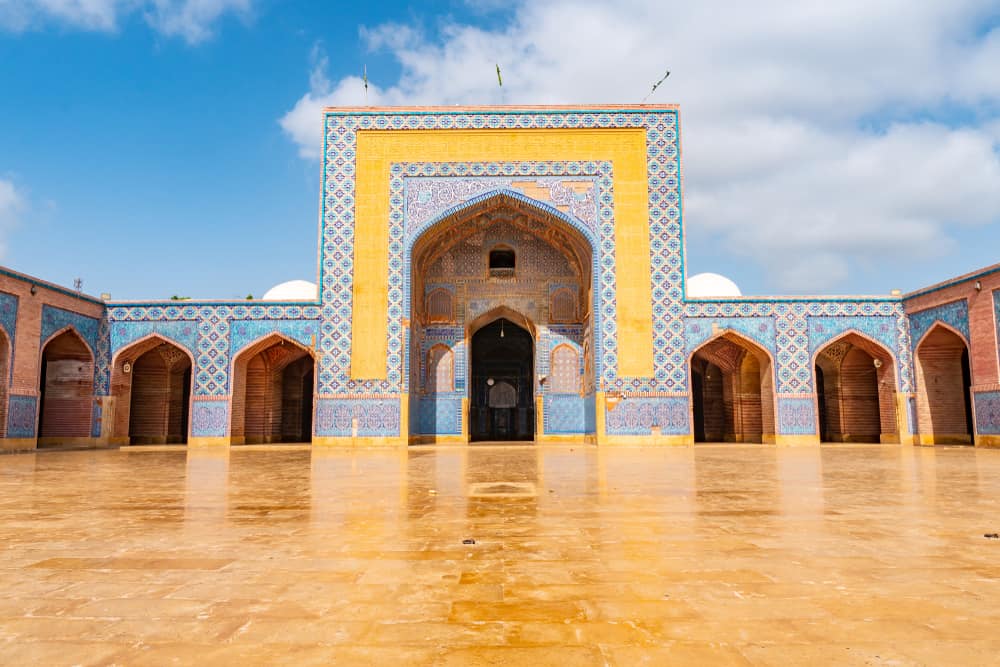 The Shah Jahan Mosque is the main mosque in the city of Thatta. It is also known as Jamia Masjid of Thatta. The mosque attracts visitors for its spectacular interiors that is influenced by the Timuri style.

It is also known for its extensive brickwork, which is laid in splendid geometric patterns.

15. Islamabad – the spectacular capital of Pakistan 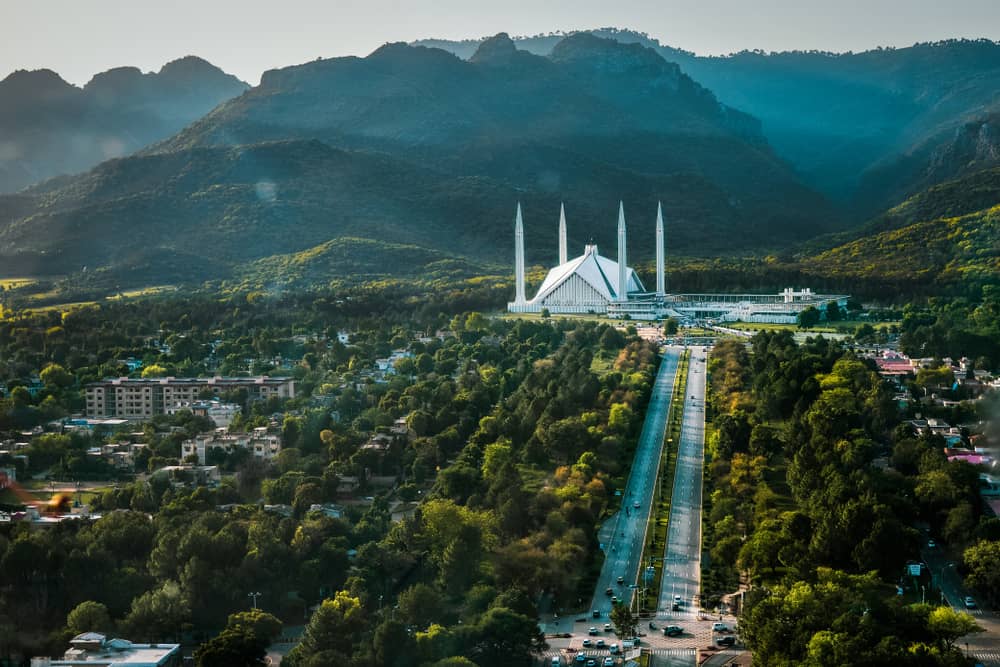 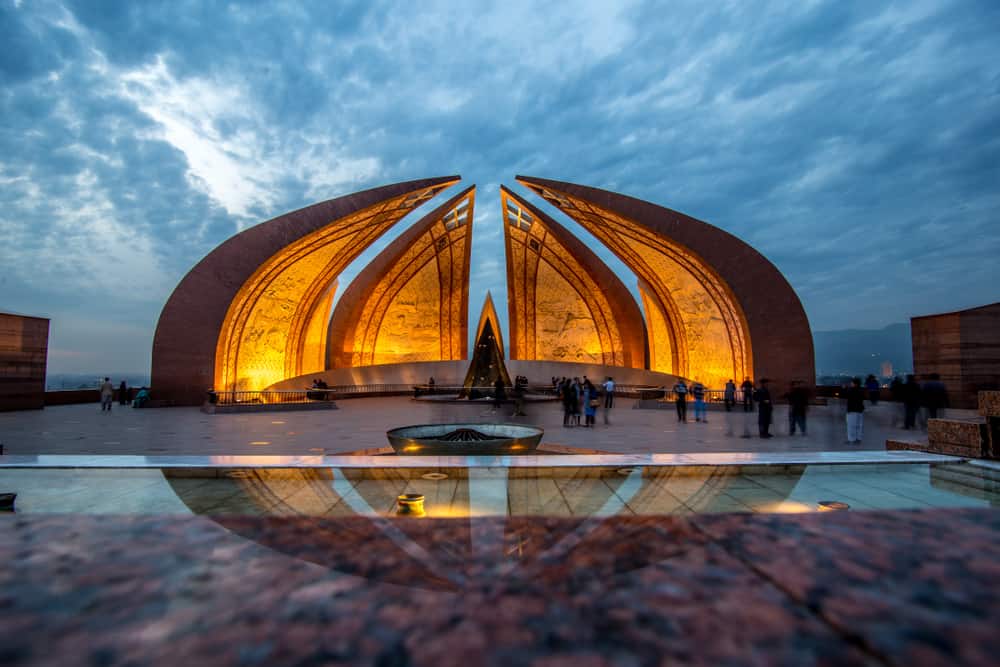 Islamabad is the capital of Pakistan. This lively city offers rich culture, local delicacies, historically significant sites and much more.

The Pakistan Monument is a modern-day monument that showcases the rich heritage and grand architecture of the Mughal era. The monument is in the shape of petals – every petal is a building that has a symbolic meaning and is used for a specific purpose. 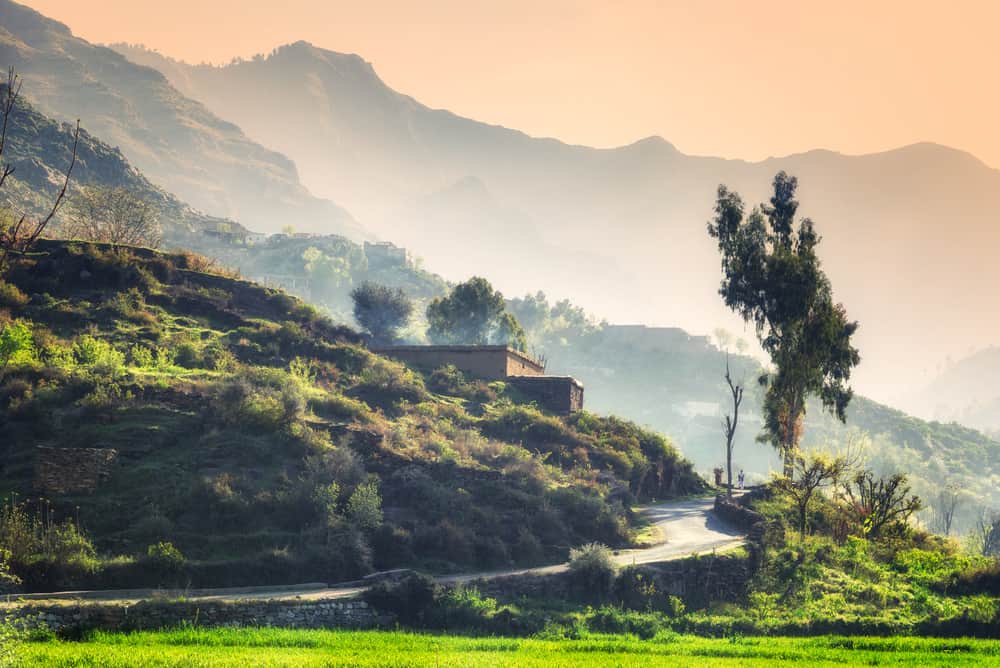 Deriving its name the River Swat, the Swat Valley is enveloped by mountains and ravines. The valley is home to stunning glaciers, thick forests, meandering rivers and gorges.