The exotic South-East Asian country has one of the oldest and (most popular) backpacking trails in the world and many adventurous types begin their journey in Thailand and include Cambodia, Laos and Vietnam in their travels. Vietnam is also increasingly popular with holidaymakers – drawn by a jaw-dropping coastline and a curiosity about this fiercely independent country.

With a coastline of over 3,200 kilometres in length, Vietnam has an overwhelming number of beautiful cities and adventures to explore. Some places are on everyone’s to-do list – see the Ku Chi Tunnels in Ho Chi Minh City, take a cruise through Ha Long Bay, and other TripAdvisor-list-toppers. However, while I was traveling from Ho Chi Minh City up to the very northern border at Lung Cu, the best experiences I had were in less travelled areas during activities that were not heavily marketed. Here are fantastic unspoilt places to visit in Vietnam for travel snobs, I would recommend for a more authentic experience in Vietnam… 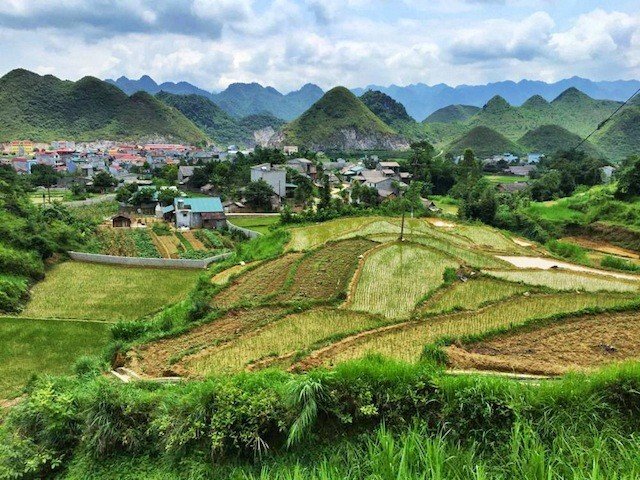 The Ha Giang motorbike loop was my favourite thing I did in all of Vietnam. If you are an adventure traveller, this is a must-do. Located in the mountains of Northern Vietnam, the Ha Giang Province sits east of Sapa and north of Hanoi. The epic loop winds along endless limestone mountains over valleys of terraced rice paddies, through rural Hmong villages, and into charming little towns.

Because it is 3-5 days (depending on the route chosen) of moderately difficult riding, not too many tourists are crowding the loop. In fact, you won’t see anyone not fit to ride a motorbike for 4-8 hours per day. The handful of tourists I saw driving each day was the limit. In each of the towns I spent the night, it was rare to see more than one or two other travellers. 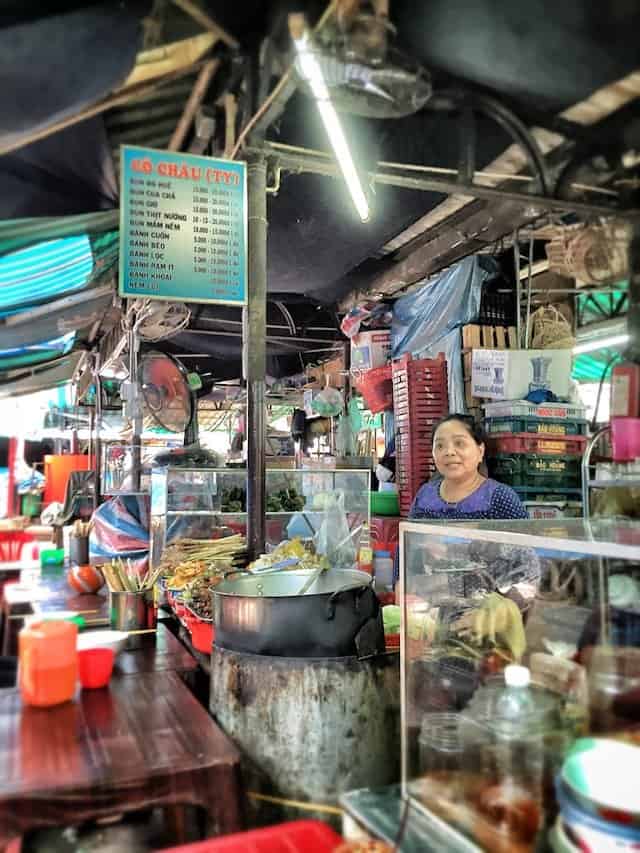 For me, Hue is all about the food. The Imperial City and the Nguyen Dynasty tombs are spectacular; don’t get me wrong. But when tantalizing Bun Bo Hue, Nem Lui, and Banh Cuon are available for literally pennies on the dollar, I don’t care about anything else. The Dong Ba Market in Hue is located along the Perfume River, at the east corner of the Imperial City. Walking around the market, it doesn’t look like much. There is trash in the streets and it doesn’t tend to be very crowded. However, it is where I had the best street food meal of my entire Vietnam journey for $2. Walk inside and look for an area with several ladies running stands near each other. Pick one that looks crowded or has what you want and take a seat. Out of sheer luck, I sat at the stand Anthony Bordain visited as well. Look out for the market stall in the image above on your visit! 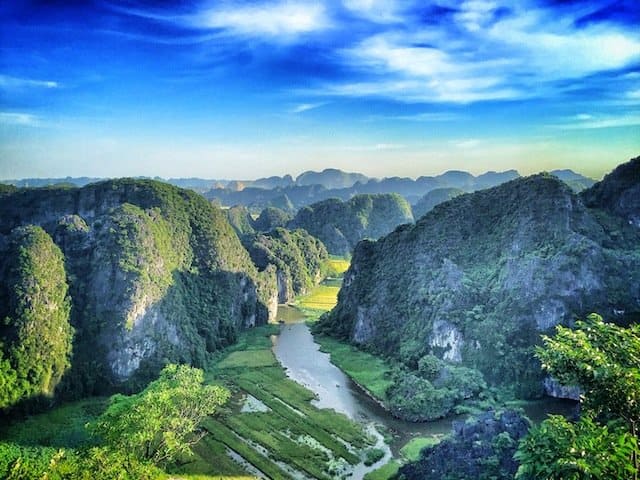 Ninh Binh is an industrial city between Phong Nha-Ke Bang and Hanoi with not much to offer. Most travellers skip right past it en route to Hanoi. The city itself is pretty dreary, but the nature surrounding it is spectacular. While you don’t need more than a day in Ninh Binh, a trip to the Hang Mua Stairs is worth the stop. Zigzagging above the Mua Cave, 500 faded and crumbling stairs lead to an incredible view of the surrounding landscape. The stairs are steep and can be tough in the heat, but the hike up really isn’t too long. At the top, a small temple provides nearly a 360-degree view of the mountains, rivers, and farmlands.

Ba Be National Park is in the Bac Kan Province of Northern Vietnam. The park is home to Ba Be Lake, a year-round mountain lake surrounded by limestone mountains and dense forest. There is a range of activities to choose from including boat tours to a giant cave and a waterfall, kayaking, and trekking. Bo Lu and Pac Ngoi are small villages situated on the shores of the lake, providing cheap homestay options to travelers. The road is a little bumpy if you are riding a motorbike and none of the homestays in the villages have air-conditioning, so be ready to sacrifice some small comforts to see this beautiful park. 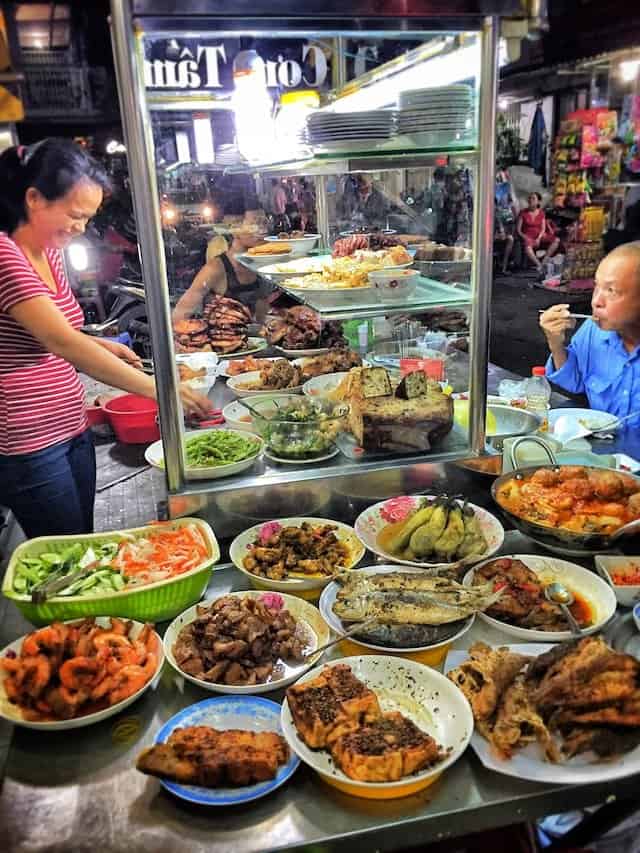 Finding the best street food in Ho Chi Minh City amongst 8 million people and hundreds of thousands options is next to impossible for a foreigner. The only reason I discovered the bustling street food markets of District 5 in Ho Chi Minh City was through a tour with Saigon Street Eats. Away from Bui Vien Street and the other main tourist areas, the street markets in District 5 offer an authentic food paradise. I would recommend signing up for a tour in order to ensure you try the local favourites, get some background information on the area, and do not need to worry about navigating around or unsafe food. But hey, if you are feeling brave, take a motorbike taxi there and create your own food tour. The area is bustling at night and full of locals drinking and enjoying the food.

Da Lat is one of my favourite cities in Vietnam. The mountain air and mild climate make me fee like I am back in California. The city is known for its charming style and outdoor adventures like canyoning and trekking. I happened to be in town during the weekend and discovered that there is also a pretty wild night market. Thousands of people crowd the city centre after dark on the weekends eating, playing, listening to music, and shopping around. Originally I thought it was some kind of annual festival or event, but then I asked a few locals and they said it was every weekend!

Most travellers stop in Da Nang for a day to visit the Marble Mountains when they are spending time in Hoi An. Another great adventure in Da Nang is to rent a scooter and ride to Ban Co Viewpoint on Son Tra Peninsula. The Son Tra Peninsula is home to the giant lady Buddha statue that you can see from nearly everywhere in Da Nang. This is definitely worth a visit, too. However, once you have seen the Buddha, you can continue up Son Tra Mountain to Ban Co Viewpoint and lookout on the entire city and the surrounding landscape. The narrow, winding roads are fun to ride and usually not crowded.

Do you have a unique place or experience to share about Vietnam? We’d love to know about it! 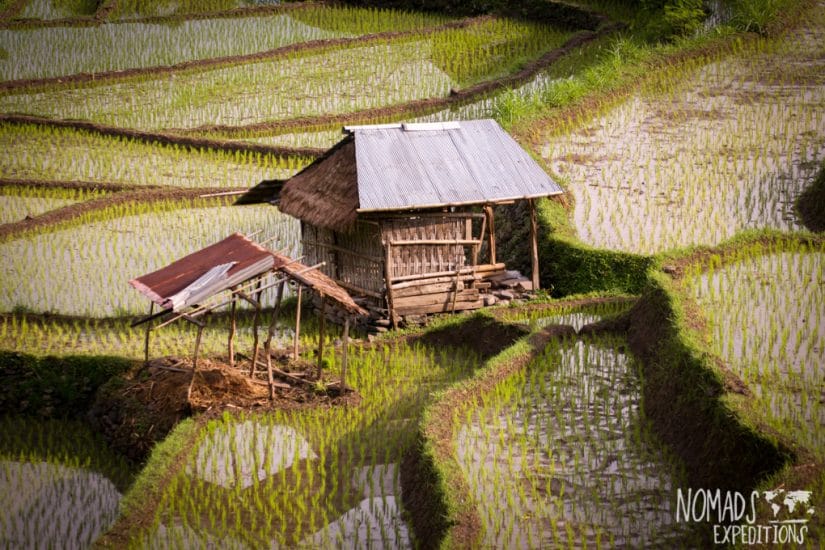 The beauty of Bali, above and below the waves 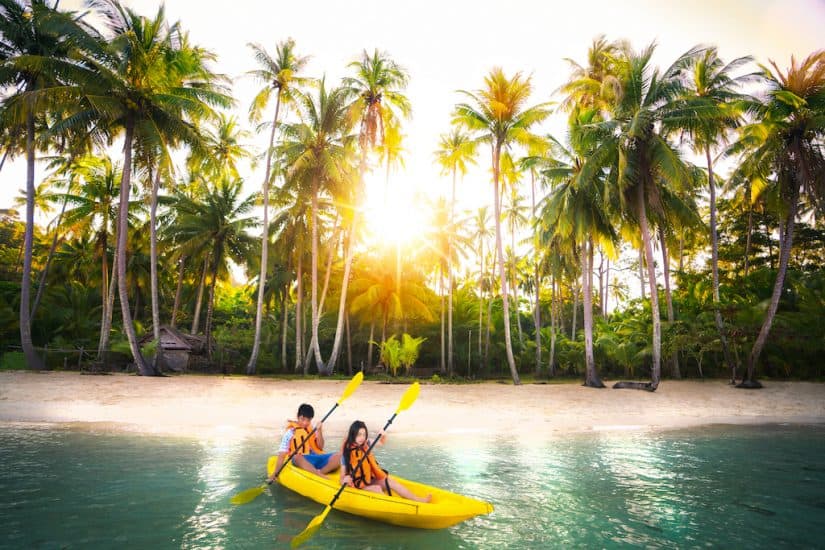 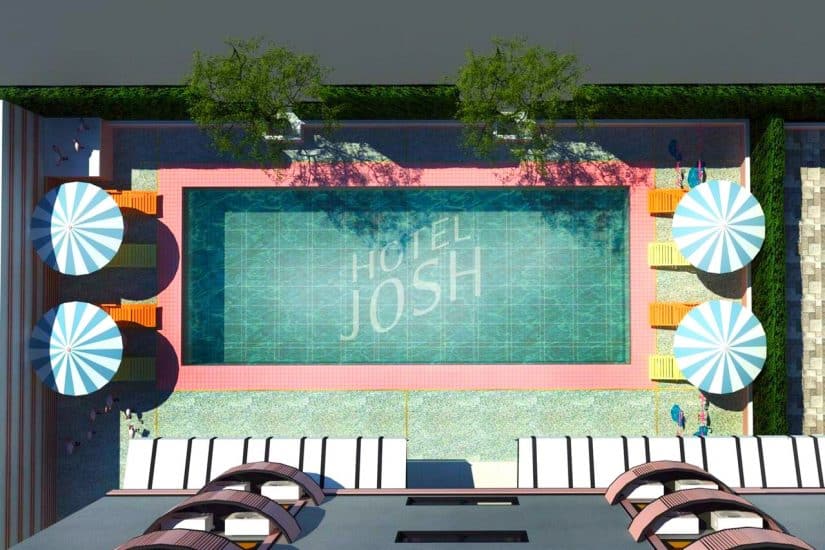