When city life starts to wear thin, acres of wide-open spaces offer the perfect antidote. Europe is home to some of the most gorgeous protected natural vistas in the world, filled with thick forests, pristine lakes and wild rugged landscapes. For your next fresh air fix, here is our choice for 20 of the most beautiful and best National Parks in Europe… 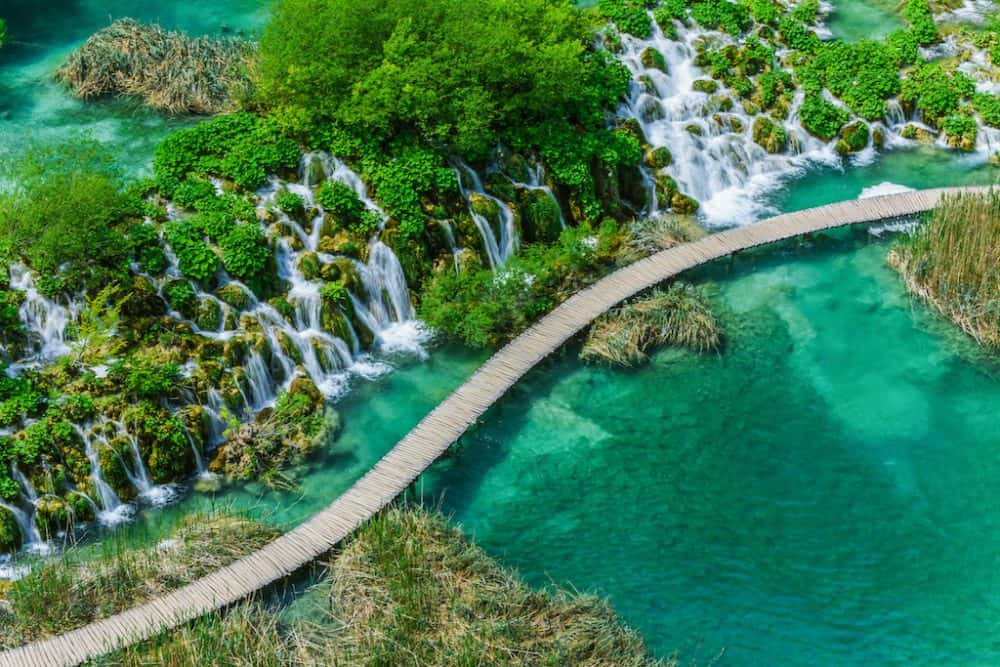 This place has earned itself World Heritage status and if you visit you’ll see why. One of the oldest national parks in southeast Europe, it’s a beautiful mountainous area which benefits from sixteen cascading lakes, all of which offer distinctly different shades of water due to varying mineral levels. Heavily forested with beech, spruce and pine trees, this huge park has a number of microclimates and – unusually for Europe – it’s also home to bears, wolves, bats and lynx. 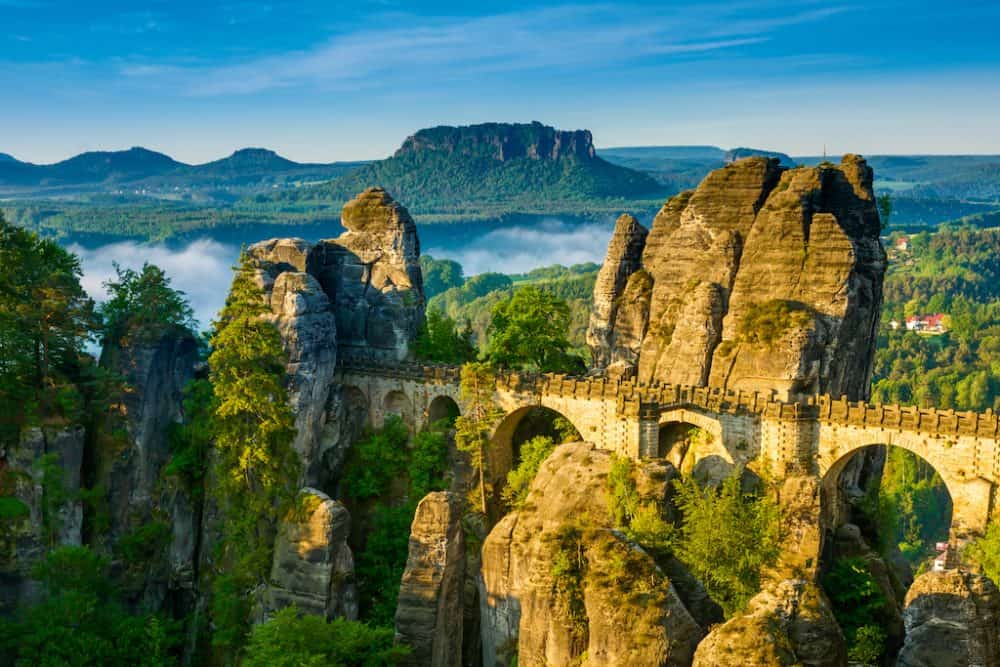 Located near the city of Dresden, this national park is home to some really unique landscapes. Known for its towering conifers which cling to bizarrely shaped cliff faces, dense fern groves, and thick forests, this is a national park that really stands out. For years the park was isolated in a remote corner of eastern Germany, but now hiking, biking, and climbing are very popular here. The mountain and gorge forests that make up the area are a rare sight in Europe, making this place even more special.

With 720 miles of pristine Scottish countryside, Loch Lomond and The Trossachs National Park is one of the most beautiful British National Parks, as well as being one of the biggest. The Scottish Highlands are a rambler’s paradise and the Trossachs with its wild untamed landscapes, crystal clear lochs and rolling hills easily earns itself a place on the list. 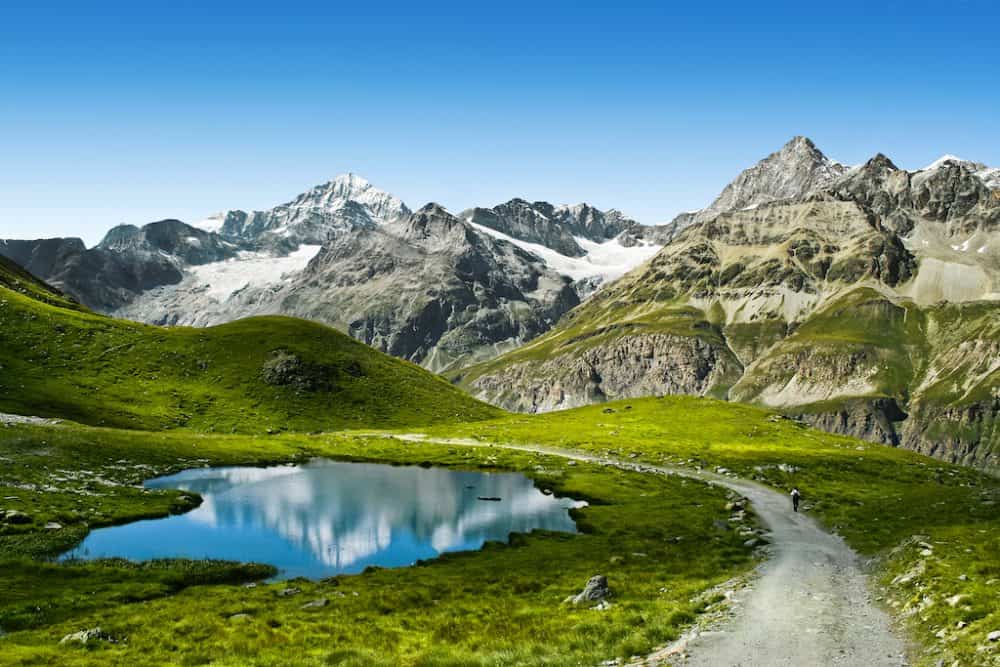 Part of the UNESCO biosphere reserve, this is the largest protected area in Switzerland. The park borders with Engadin Valley, Italy and is also one of the earliest national parks, filled with a rich and varied landscape. An incredible place for walking and hiking, Expect to see winding wild azure rivers, stunning peaks and dense areas of beautiful alpine forest.

Cinque Terre, Italy – one of the prettiest national parks in Europe 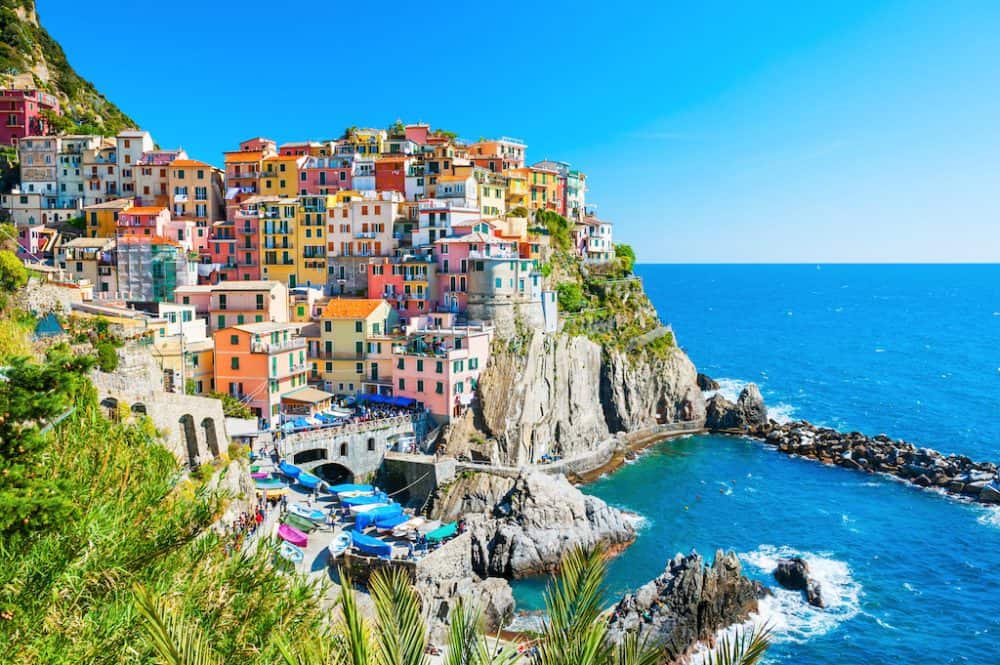 For something a little different but equally as beautiful, try the UNESCO World Heritage site of Cinque Terre. The area comprises of five picture-postcard perfect villages, a rugged coastline and the rolling hills that surround it all. The villages are inaccessible by car with only trains and boats linking, giving it a feel of being untouched by time. 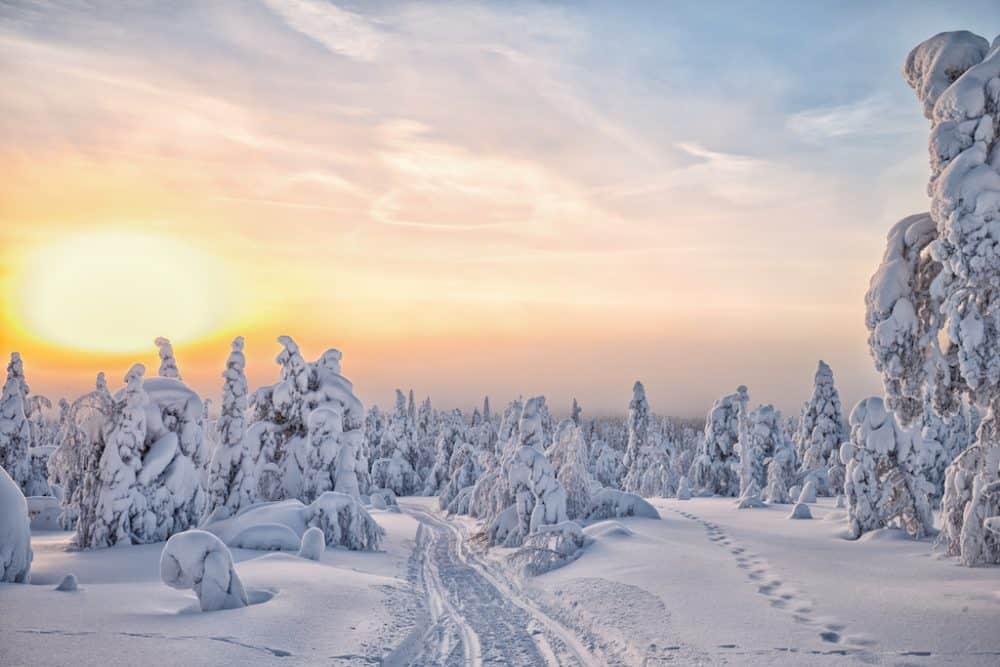 Equally as beautiful in both summer and winter is this 270 square kilometre national park situated in the northern Ostrobothnia and Lapland regions of Finland. Close to the Arctic circle, it’s a remote spot where river rapids surrounded by pine forests make it a popular white-water rafting spot. In the winter the Narnia-esque scenery draws snow-shoe walkers and those hoping to catch a glimpse of the elusive Northern Lights. 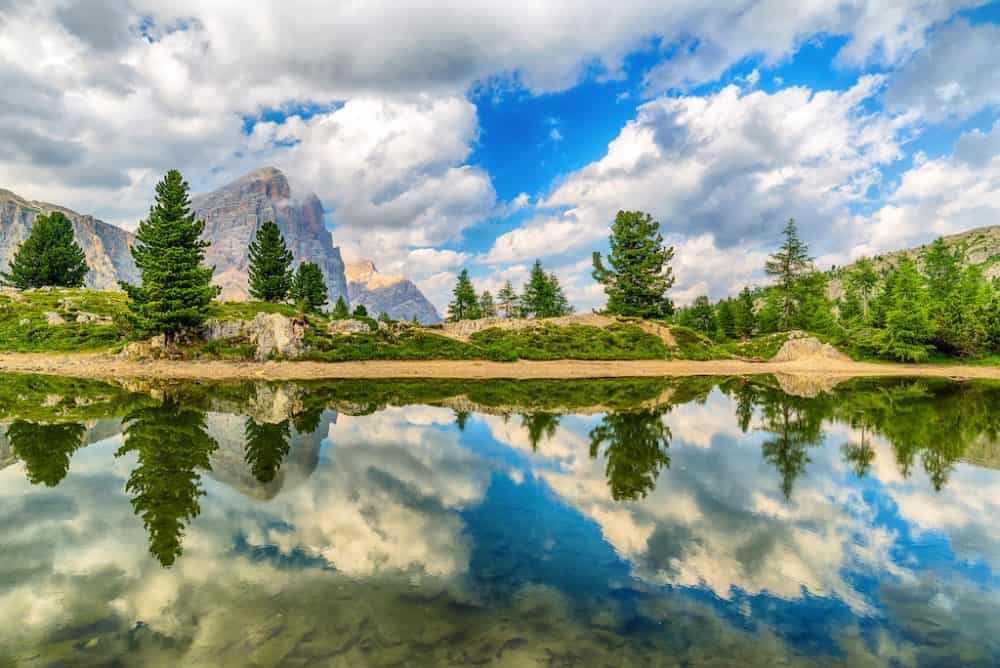 This park is situated on the edge of the southeastern Alps, high up in the north of Italy. Founded in 1990 to protect this area of important natural beauty, most parts of the park are wild and unvisited and lie on the southernmost fringes of the Dolomites. With its crisp mountain air and large expanses of pretty wildflowers, it’s a popular spot in the summer. Catering to amateur and experienced hikers, there are a number of varied trails through the area, all with differing levels of difficulty.

Hotels and Self-Catered Vacation Rentals in National Park of the Belluno Dolomite, Italy 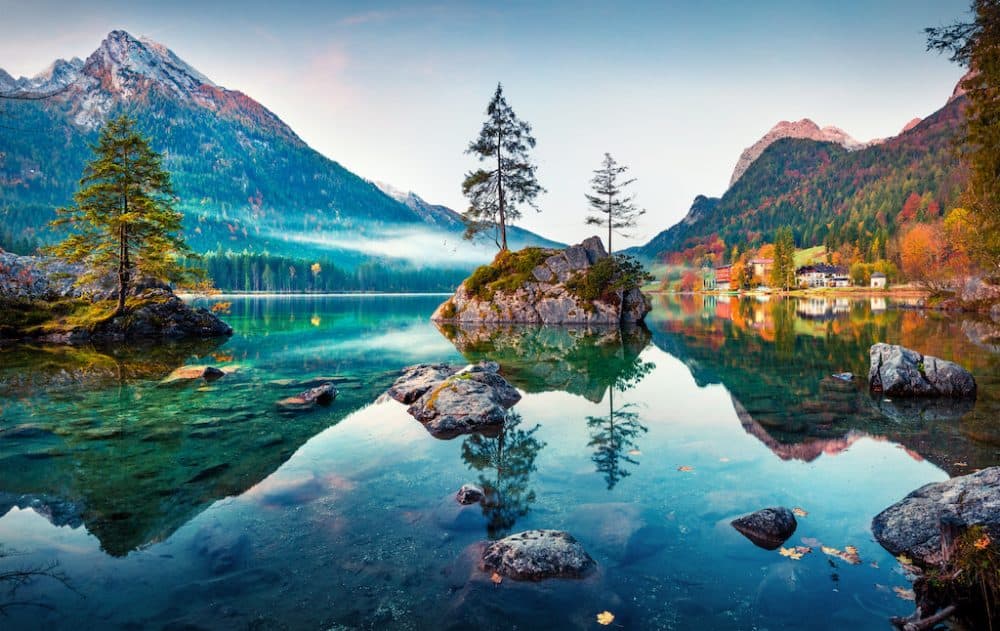 With more than a little hint of fairytale, Germany’s first national park is known for its high forests, bog lakes and water meadows and pretty timber houses. Three main peaks punctuate the rolling landscape and also expect to see a wide variety of wildlife in the park’s ‘near-natural’ wildlife enclosures. We also have a post on 20 of the most beautiful places to visit in Germany. 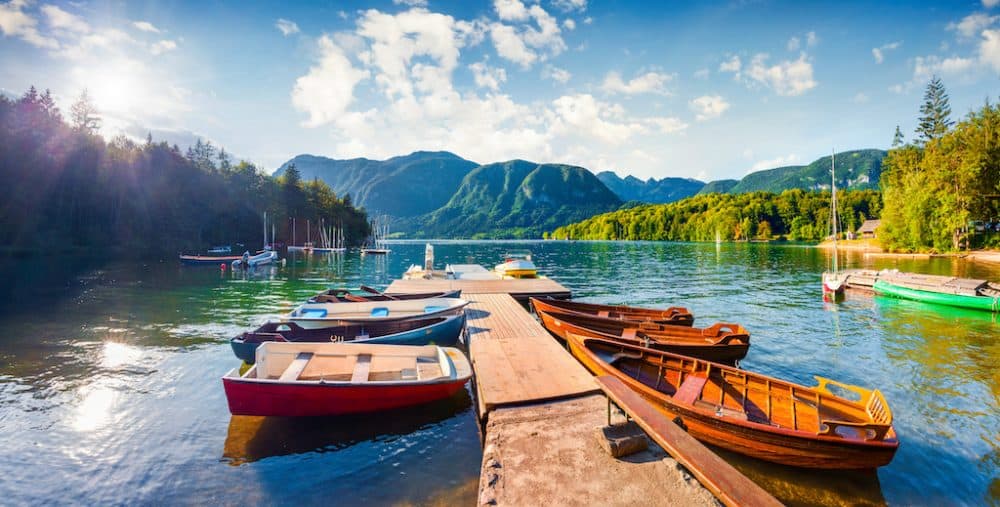 This is Slovenia’s only national park but it is still easily one of the most beautiful national parks in Europe. Focused around the majestic Mount Triglav (which soars to an impressive 2,864 metres) the area is rich with mountain peaks and valleys, making it the ideal place for more active pursuits. Skiing, rafting and water sports are some of the popular activities here, with many visitors opting to stay in the park’s idyllic mountain lodges.

One of France’s most loved and most beautiful national parks. Wilder than the Alps, the Pyrénées (which border Spain) are made up of giant, sculpted mountains, tumbling waterfalls and tranquil lakes. Both hiking and pony trekking are popular here and the park’s trails lead to magnificent cirques, glacial basins and knife-edged summits. 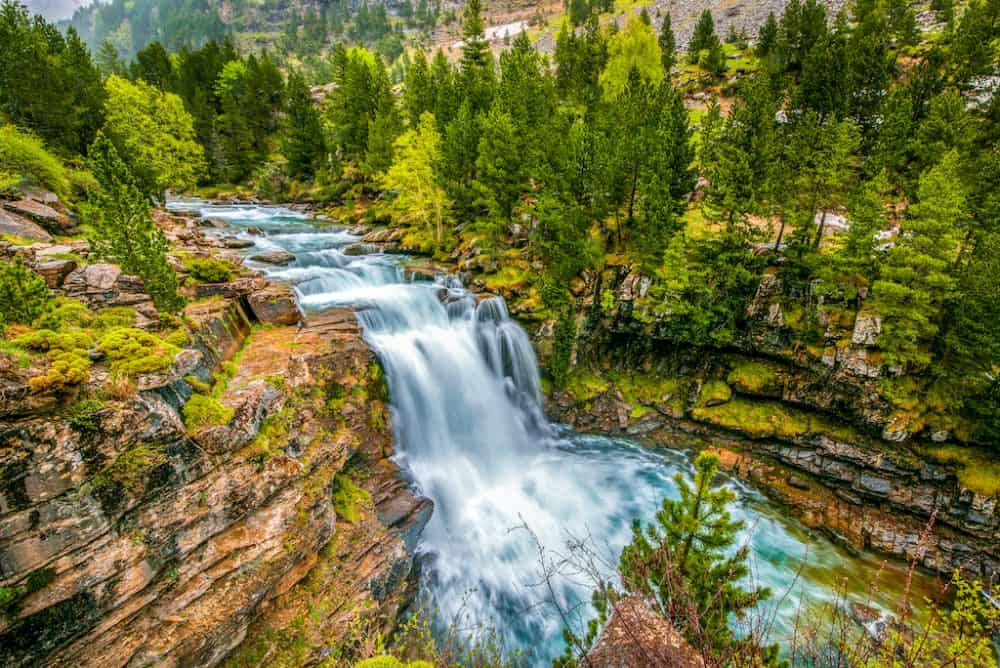 This area of outstanding natural beauty is one of Europe’s first national parks. This 156 square kilometer area (which borders France) is filled with raging rivers, gorges, waterfalls, vertical rock faces, and dense woodland. Definitely a place for wildlife watchers, the park’s forests are also home to marmots, wild boar, golden eagles, bearded vultures, hawks and a huge variety of birds. 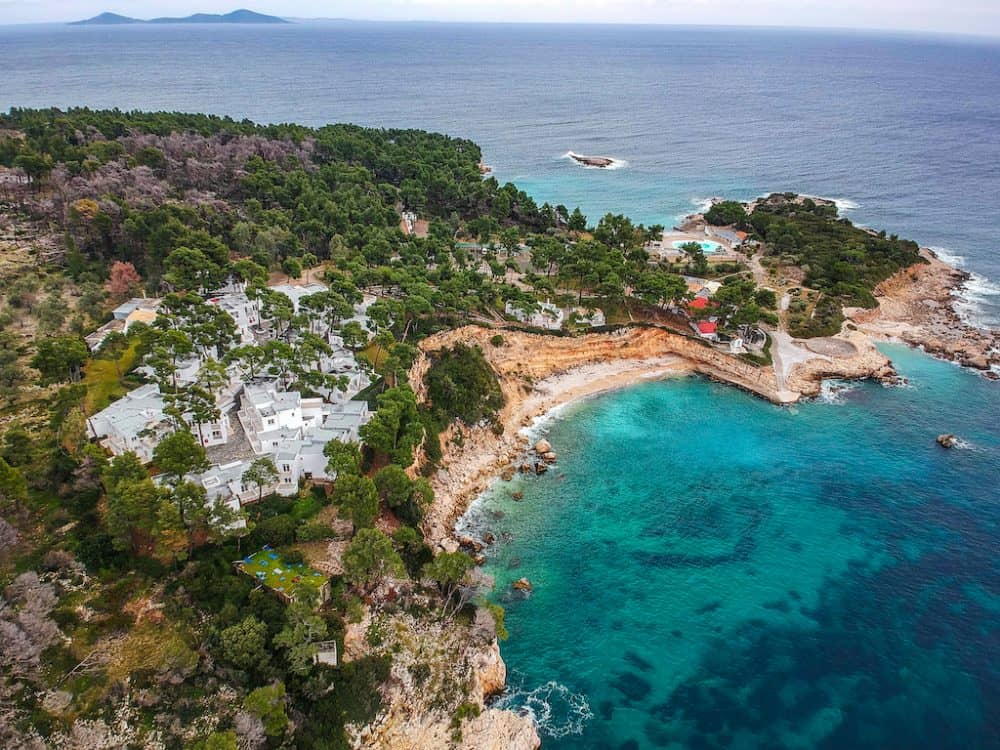 This is currently the largest marine protected area in Europe and includes a tranquil sea area, six gorgeous islands (Peristera, Kyra Panagia, Gioura, Psathoura, Piperi and Skantzoura) and the main island of Alonnisos. Located in the Northern Aegean Sea it also includes 22 tiny uninhabited islets and a number of rugged rocky outcrops. Expect plenty of marine and wildlife. 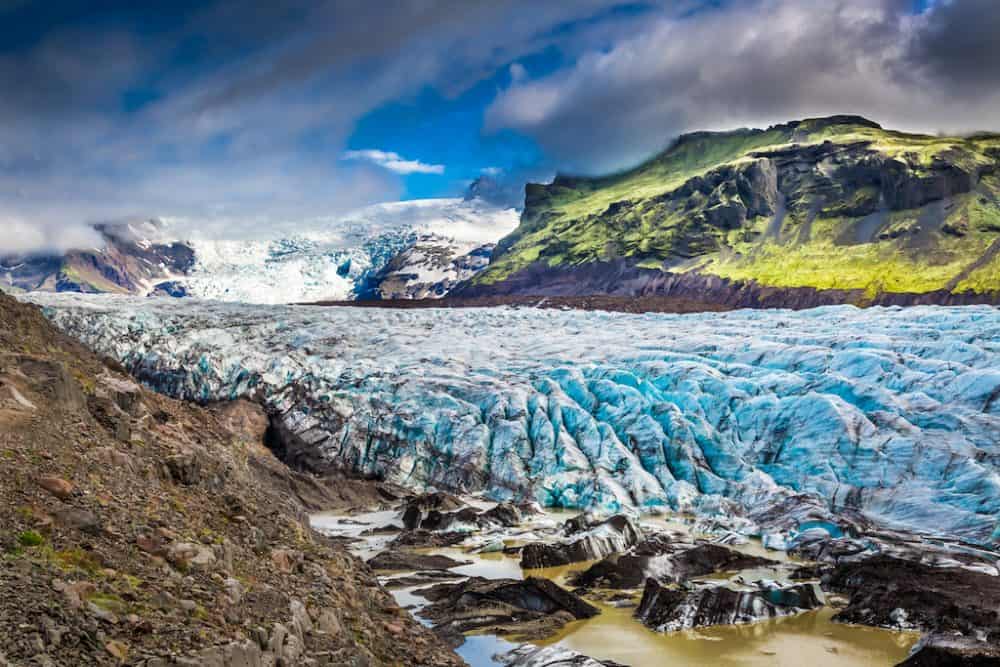 Vatnajokull is one of three national parks in Iceland, although this one covers 8% of the country and is home to Europe’s largest glacier. Iceland is known for its surreally beautiful landscapes and this place is no exception – expect glacial rivers, mountain ridges, waterfalls, large canyons, huge cliffs and those famous Icelandic volcanoes. 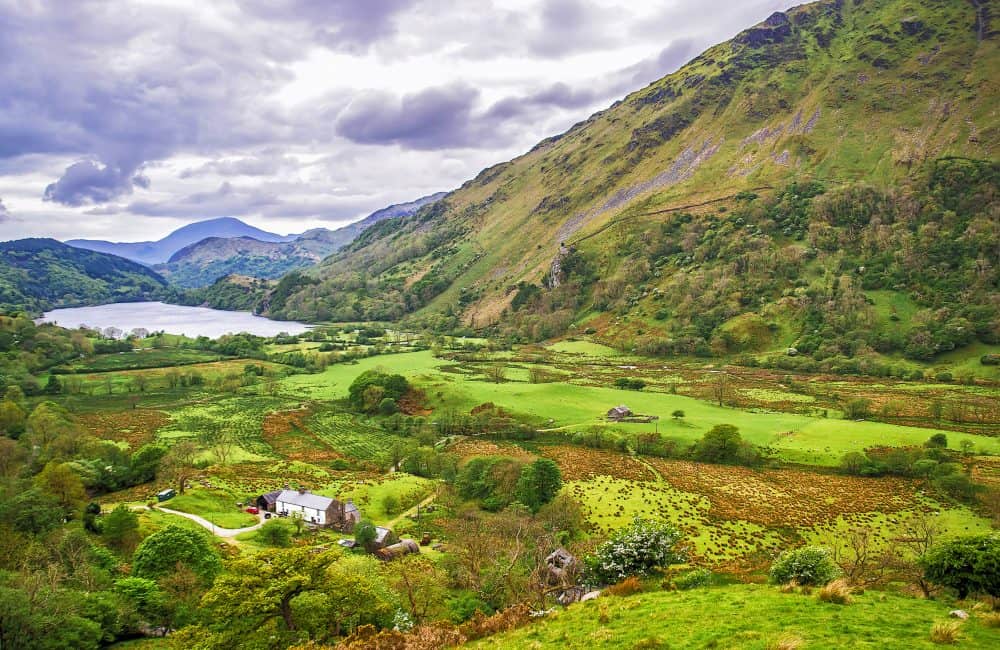 Home to the biggest mountain in Wales and some of the most beautiful landscapes in the country, Snowdonia national park is a hugely popular holiday spot. Boulder-strewn summits, stark mountain ranges and serene lakes make up much of the landscape, making it a great destination for walkers and mountain bikers. Here are some great dog-friendly hotels to stay in Wales. 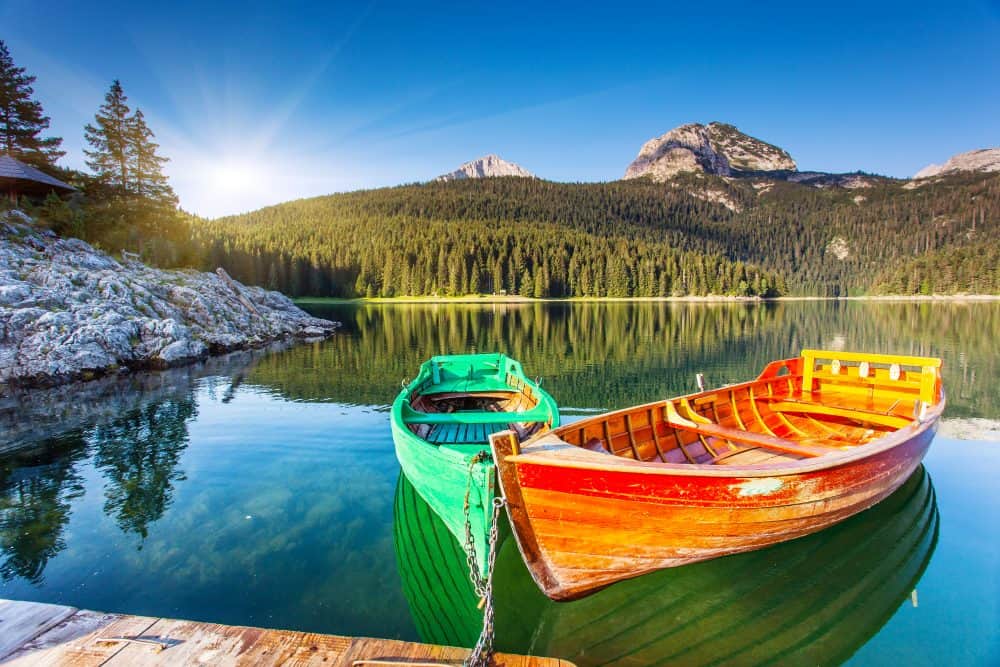 Not as well known but easily as beautiful as the other European national parks is Durmitor national park. UNESCO has declared this area a “world heritage of mankind” and if you visit you’ll see why it’s earned this status. It’s a gorgeous area full of almost 50 peaks, 18 glacial lakes, several stunning river canyons and a huge variety of flora and fauna. 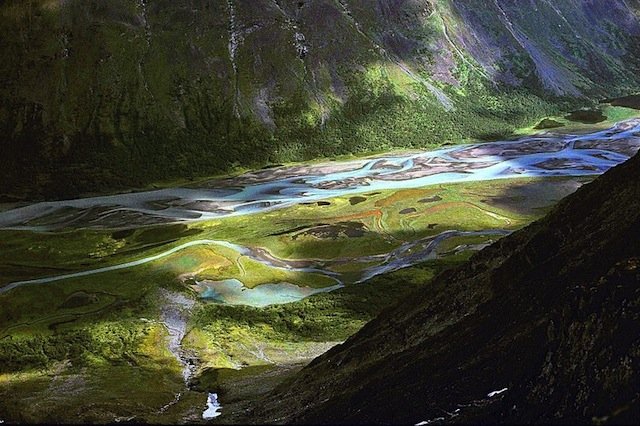 Often said to be Sweden’s last true wilderness, this area is definitely the least affected by human activity. The unspoiled rugged expanse in northwest Sweden includes 100 beautiful glaciers, six striking peaks, a number of deep valleys and more than a handful of gushing river rapids. 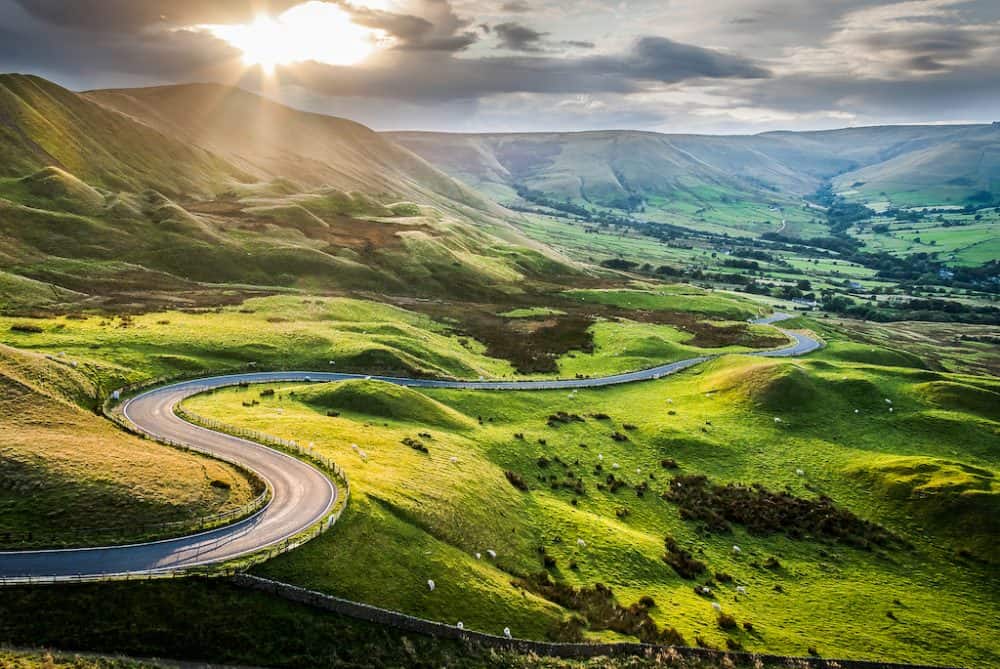 England is home to many famously beautiful National Parks but the Peak District has some of the most strikingly diverse landscapes of them all. Offering quintessential English countryside as well as rugged peaks, the park is a popular spot for potholers, climbers, horse riders, mountain bikers, hill walkers and those just looking for a scenic drive (although make sure you check your breakdown cover before you go!) With velvety green hills, limestone quarries, intriguing caves and mesmerising lakes, there is plenty to keep nature lovers occupied. Have a pooch? Here are our Top 15 Dog-friendly hotels to visit in the Peak District. 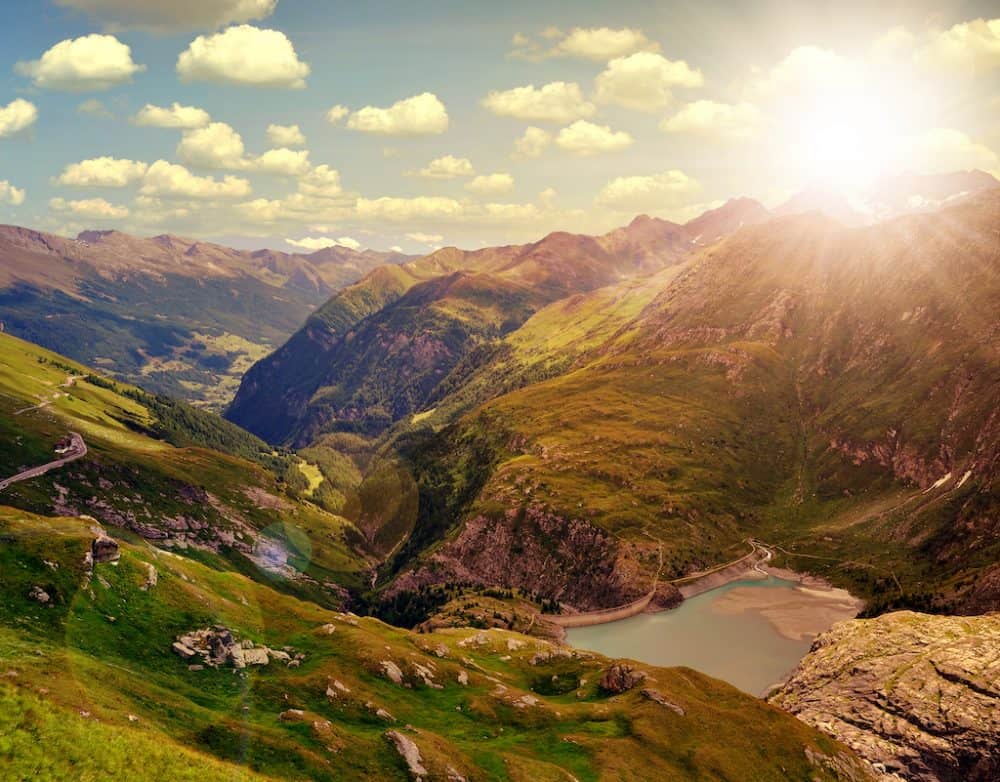 Austria’s first national park is also the largest nature reserve in the European Alp and is centred around the beautiful Hohe Tauern mountain range. With almost 40 distinctive and dramatic peaks, it’s an area you’re unlikely to forget in a hurry. Expect excellent air quality, stunning views and of course plenty of unspoiled natural beauty. 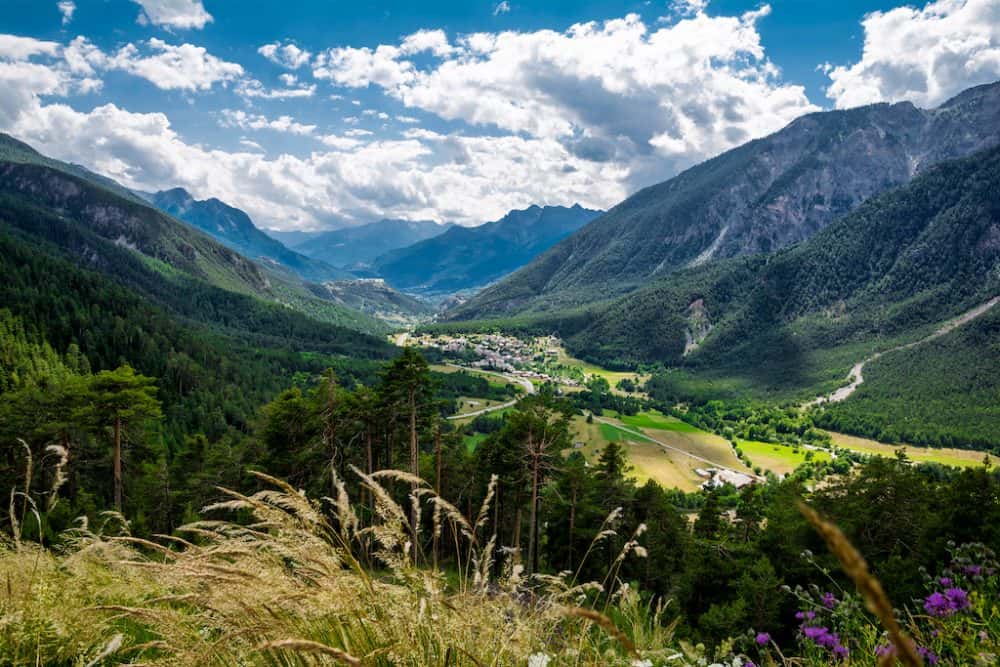 The Massif des Écrins is arguably one of the most beautiful mountain regions in the European Alps. It’s a striking area that comprises of all the scenery you’d expect and more – lakes, alpine pastures, glacial fields, high mountainous areas, subalpine woodlands, glacier valleys, and high peaks. Also keep an eye out for the wildlife that calls this place home, including eagles, ibex, willow grouse, marmots, black grouse, and a few types of stoats. 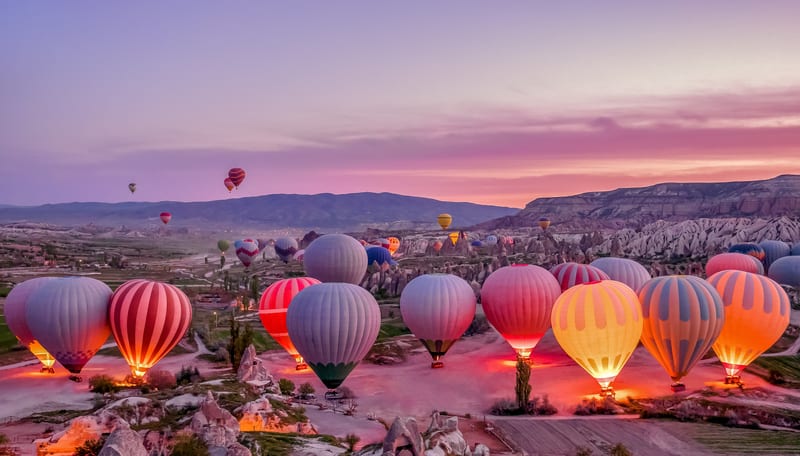 Famous for its “fairy chimney” volcanic rock formations and surreal natural features, this place is one of the most unusual natural landscapes in the world. Dating back to 4000 BC, the formations originated from a series of volcanic eruptions and natural weather erosion. With a population of around 2500, it maintains a traditional, spiritual and mysterious air. 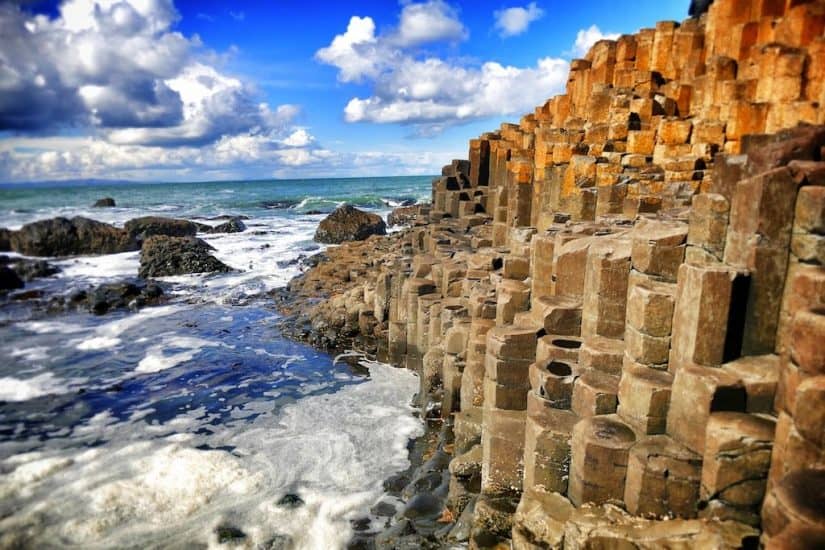 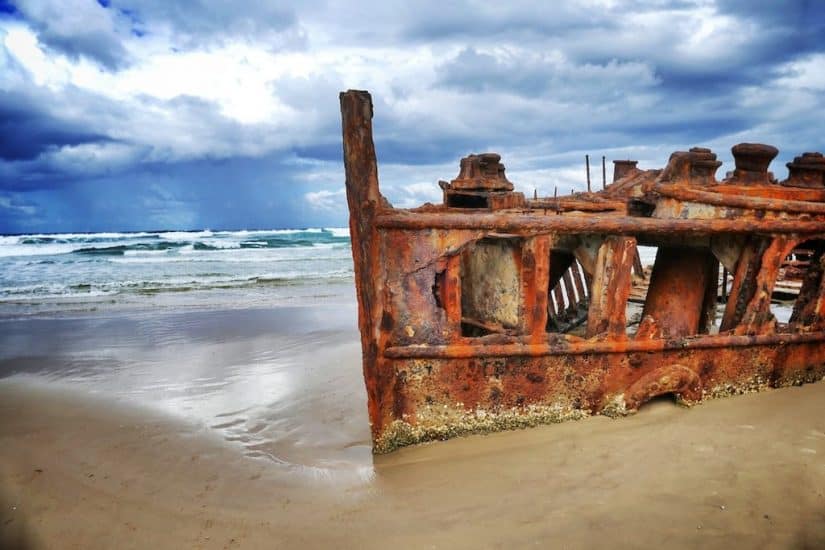 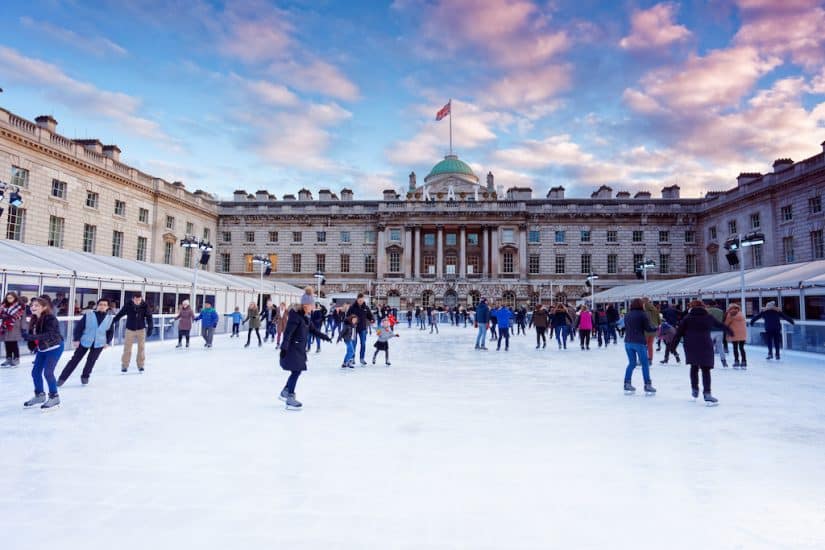