It’s actually surprisingly easy to spend 24 hours in Paris. A beautiful and elegant city filled to the brim with famous architecture, fashion stores, museums and art galleries. An easy day trip by Eurostar (from London or many other European cities) or by other train routes from many cities in Europe, it is possible to see Paris in a day. Some even get stuck in the city airport on a stopover. Being stuck in an airport for several hours can give rise to a major dilemma – do you avoid the risk of missing your flight by staying inside the terminal, or do you head out for a whistle-stop tour of the city?

Happily, Paris can be reached by suburban train (RER), bus, shuttle, or taxi from Charles de Gaulle Airport in just 30 minutes. So if you have some time before your next flight or you just want to see the highlights of Paris in a day here’s a suggested hour by hour itinerary…

Most trains (either from Eurostar or from the airport Charles de Gaulle) stop at Gare du Nord, the city’s main transport hub. This is a good spot to start your tour, as it is walking distance from many of the city’s main attractions. 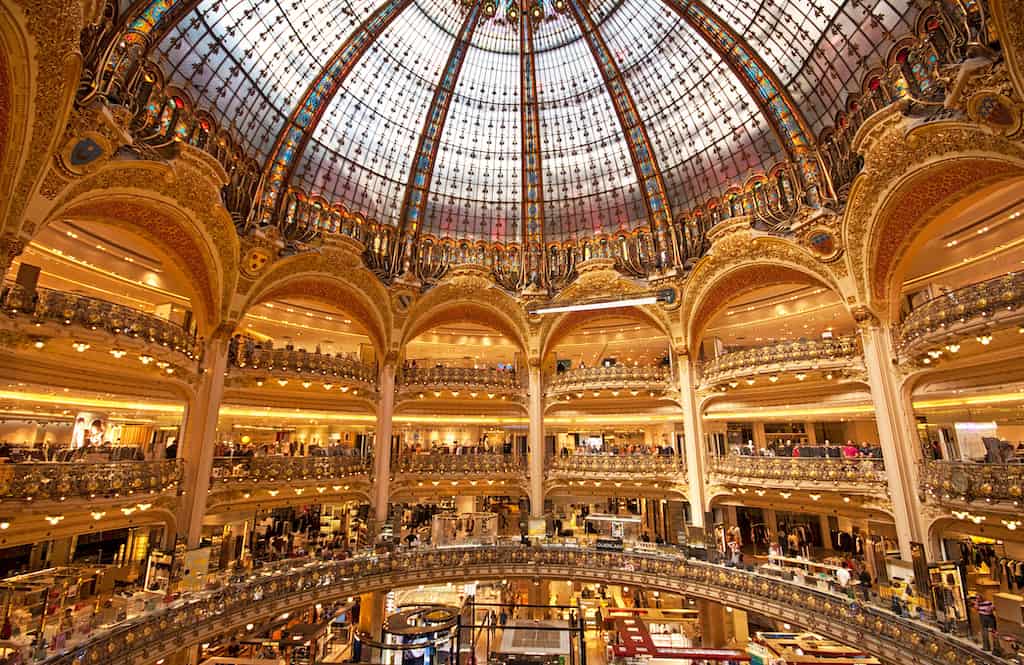 From Gare du Nord, walk west down Rue la Fayette. This prestigious bustling thoroughfare is an excellent introduction to Parisian city life and its combination of traditional and contemporary architecture. From here stop off at Galeries Lafayette, a beautifully designed 10-story department store (pictured above) to browse the latest trends in one of the world’s fashion meccas.

At the end of LaFayette, head south and you will eventually come to a vast green space called Jardins des Tuileries. This is one of Paris’s most visited gardens and pivotal points, with the famous Louvre Museum to the east, the River Seine to the south, and the Place de la Concorde to the west. It has a long history and was once a site of a royal palace which was later destroyed. Spend 45 minutes here, taking in the panoramic views and enjoying refreshments in one of the riverside cafes. 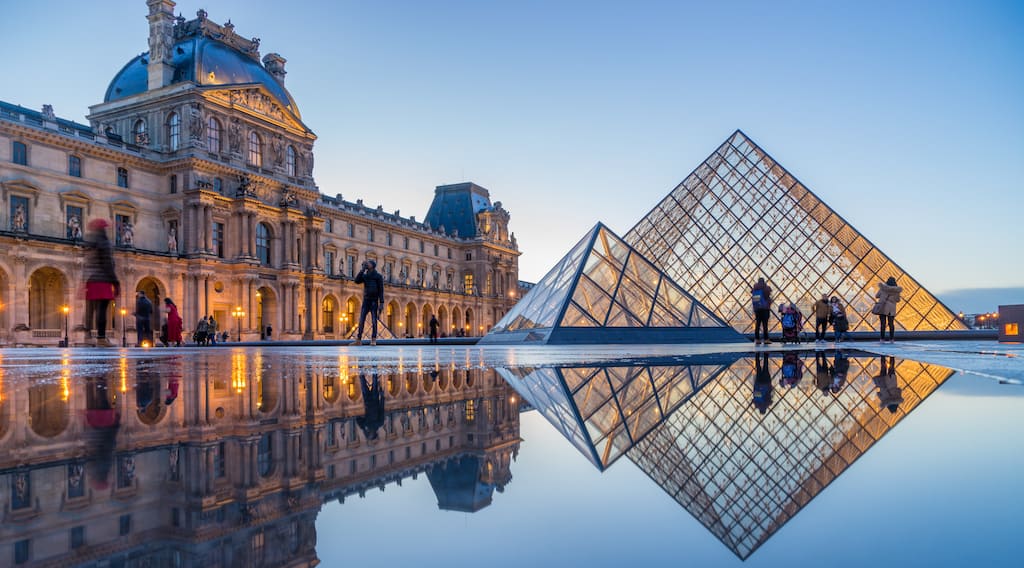 After that breather, you’ll be ready to enter one of the world’s most famous and important cultural buildings: The Louvre Museum. Housing nearly 35,000 objects from prehistory to the 19th century, the museum could keep you captivated for hours, but with time of the essence, you’ll have to settle for just two on this occasion.

Next up is one of the most famous avenues on the planet – the famed Champs Elysees. Walking west out of the Louvre and across the Jardins des Tuileries will land you at the start of this wide and exclusive street, lined with fashion boutiques and the cafes that epitomise Parisian street life. Here you can stop for food, although be prepared to pay through the nose for this location. A relaxing amble will see you arrive at another famous Parisian landmark – the Arc de Triomphe, an imposing concrete arc that sits in the middle of the Place de l’Étoil. 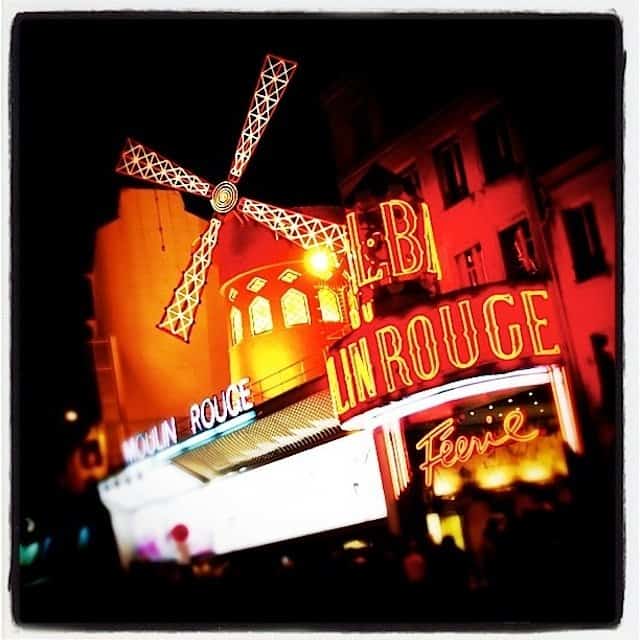 Walk south from the Arch de Triomphe down Avenue Kleber and you will arrive at Palais de Chailot in the district of Trocadero. This is the famous back-drop to the Eiffel Tower, which you will now be able to view in all its glory across the River Seine. Lap up the views, take some photos, and enjoy the majesty of the landscape before heading across the river (via the Pont d’Iénabridge) for the main event.

It may be the ultimate tourism cliché, but it remains true nonetheless: No trip to Paris would be complete without a visit to the Eiffel Tower. This iconic structure is one of the most popular tourist attractions in the world and it allows visitors to take elevators to near the very top for panoramic views of the city. Just do it. 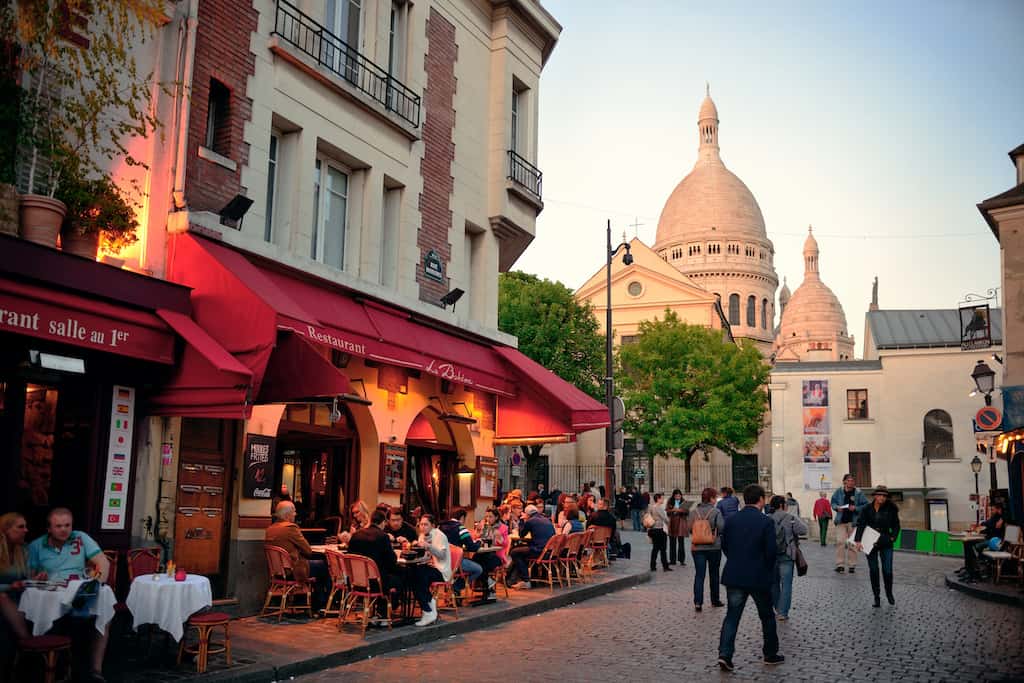 By this time you’ll be pretty tired, so you’ll be grateful that my next suggestion is to hop on the metro. There are several metro stations located around the Eiffel Tower. Head north, almost retracing your steps, and get off at one of the following stations: Place de Clichy, La Fourche or Abbesses. This should give you a good hour-and-a-half to explore the fascinating Montmarte district, a charming and romantic area that is characterized by cobbled streets, quaint cafes, vintage boutique stores and street artists. Also located here is Basillica Sacre Coeur, one of the world’s most famous and attractive churches located high on a hill overlooking the city.

And that will just about wrap-up your mini Paris adventure. From here you can catch a metro or RER high-speed service back to Charles de Gaulle or your departure train station happy in the knowledge that you’ve made the most of your time in the city.

Alternatively, if you’re too tired for all that walking and sightseeing, you could always check into a hotel near the airport to catch some sleep before your flight. There is an excellent selection of Charles de Gaulle Airport Hotels to choose from, including the 3-star Novotel Paris Charles De Gaulle Terminal, which is connected to the airport by a free automated metro line (CDGVal).

Alternatively, make a weekend of it and stay in one of the cool and unusual hotels in Paris!

Written by Paul Joseph. Paul Joseph is a London-based writer and a published author. He has written for the Independent newspaper, magazines and has had several books published. 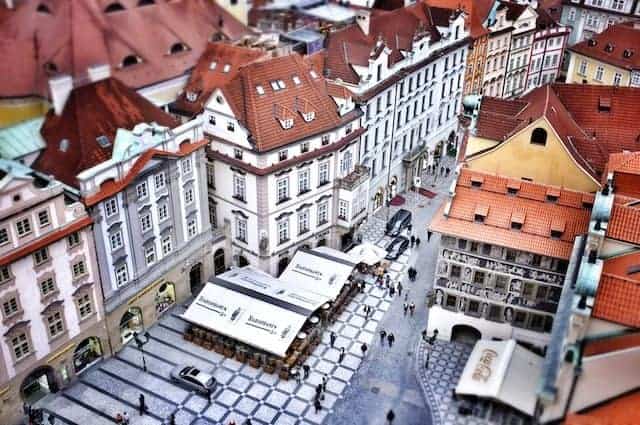 15 beautiful places to visit in the Czech Republic

Top 10 places to visit in Prague for travel snobs 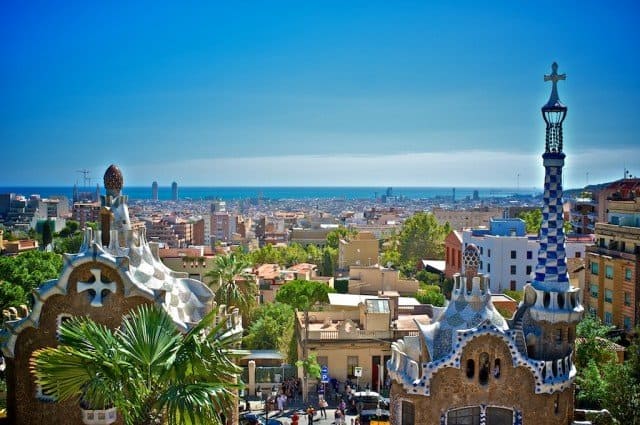