Our Ireland based regular contributor Emma Clair Kelly shares with us her favourite beautiful places to visit in Ireland, which – so far – have remained firmly off the tourist radar…

There is a reason why so many directors race to Ireland for a whole host of movie locations. Okay, I maybe biased because this is my home country, but Ireland is a place where beauty and history lurk around every corner, from the perfectly preserved Victorian streets of the capital city of Dublin or the purple, glowing wilderness of Sligo immortalised by Yeats in ‘The Lake Isle of Innisfree’ to the famous barren Burren or craggy cliffs of Donegal. There are plenty of ferries to Ireland so whether you chose a weekend of culture in the vibrant cities of Cork, Galway or Dublin or an activity break in one of the many surfing or walking locations around the country, you are bound to be amazed by the breath-taking scenery and the unrivaled friendliness of the Irish people you encounter. But here’s the inside scéal, if you’re looking for a true Irish experience loaded with the famous Cead Mile Failte, Craic agus Ceol (hundred thousand welcomes, fun and music) and not to mention Guinness! Here are my favaourite unspoilt places to visit in Ireland for travel snobs…

Wexford, is known to Irish people as the sunny south east even when the famous Irish rain falls elsewhere. The county is renowned for its friendliness and stunning coastline, but one of the most beautiful sites in Wexford is Tintern Abbey located south of the town of New Ross, it is certainly worth a visit.

Founded in 1200 and named after Tintern Abbey in Wales, it is a place of reflection, relaxation and peace to this day. Consisting of a nave, chapel and cloister, it is a stunning example of gothic architecture against a striking lush green backdrop. After spending an afternoon walking around the abbey grounds, visit the town of New Ross or Wexford for a pint or a local lunch.

Venture further inland to the historical site of the Rock of Cashel. Cashel is reputed to be the site of the conversion of the Celtic kings by St. Patrick and was the seat of the Munster kings for centuries. However, aside from that, it is one of the most impressive collections of Celtic art and medieval architecture in Europe. The oldest and tallest building is the round tower, which, dates back to the 11th century but site was added throughout the centuries and other buildings date back to the 12th  and 13th century. The site is of huge cultural and historical significance with many important events of Irish history taking place there.

Located on the south coast of Ireland, the historical city of Waterford is one of Ireland’s oldest cities, reputed to have been founded by the Vikings traders in 914 and has been loaded with medieval flavour and riverside bustle ever since. It is also home to the exquisite Museum of Treasures which tells the intriguing and captivating 1000+ year story of the city.

A visit to the House of Crystal is also a must which, gives the history of the beautiful Waterford Crystal crafts with a unique chance to see the glassblowers producing the world-famous crystal products by hand (or mouth!).

After the bustle of Waterford, take it easy in the stunning, quiet fishing village of Kinsale in County Cork- colloquially known as the Rebel county! It is the eponymous historical site of the Battle of Kinsale which, was the last stand by the Irish Chieftans against the invading English army but now, it is the home to a postcard-pretty town and a variety of activities to suit every tourist, from to walking to food festivals and a wine museum!

Cork’s coastline is dotted with picturesque, quaint fishing villages like Youghal and Cobh and the renowned Fota Island which, is known for its golf course and wildlife park.

Following the Cork coastline into the county of Kerry- known as the Kingdom, you will encounter the famous Ring of Kerry coast road, the seaside town of Dingle and take a boat ride to try catch a glimpse of the friendly dolphin Fungi but a commonly forgotten tourist site is ‘Sceilig Mhichíl’. ‘Sceilig Mhichíl’ is a craggy island outcrop in the wild Atlantic Ocean and has been declared a UNESCO heritage site since 1996.

Life on the island began in the 6th century as a group of peace and tranquillity seeking, intrepid monks moved to the island, built a monastery and lived there to devote their lives to God, in the harshest conditions in Ireland. The site is so precious, that only 13 licences are granted each summer to the rock for visitors to explore the site in small numbers, but there are also exceptional dive sites located immediately around the rock which are beautiful, for those interested with being more adventurous.

Venture north along the coast of Kerry and you will reach the cultural centre of Ireland, the city of Galway but by passing through the city, out into the wilderness of Connemara and the chance to experience traditional Irish culture and customs.

Villages like Spideal and Carraroe, located in the centre of the Gaeltacht- which, is where the Irish language (Gaelige) is still spoken as the first language, are alive with the vivacity and animation so typical of Ireland. In quaint thatched, little pubs, come alive with the sound of the fiddle and bodhrán and the haunting notes of Irish melody, while the customers swig pints of Guinness. A trip into the Connemara Gaeltacht is an absolute must for anyone looking to experience an unadulterated and genuine understanding of Irish life.

From Connemara, you can follow the Wild Atlantic Way an epic 2,500 kilometre journey along Ireland’s western seaboard which, will take you all the way to the most northern point in Ireland- Malin Head in County Donegal. The site is of massive geological, natural and scientific importance and is home to some of the wildest landscapes on the island.

The scenery around the area is relatively untouched and clearly displays the changing relationship between the land and sea since the melting of the glaciers. For the ultimate experience of becoming at one with nature- try a surf lesson along the Donegal coast and meet some of Ireland’s friendliest people.

This area is particularly a great place for a fantastic Irish road trip. I would just be prepared before you head off though and do lots of planning. For example, check the motoring rules of Ireland and also ensure that car insurance is legitimate at your final destination. Insurance is especially significant in case you plan crossing state borders of Ireland. Get a quick online insurance quote with The AA Ireland if you don’t have sufficient coverage.

Heading south from Donegal, and right in the centre of the island is the oldest monastic settlement in Europe, Clonmacnoise, located in County Roscommon and built in 544 along the banks of Ireland’s longest river, the Shannon.

Take a cruise along the tranquil waters of the Shannon and encounter some of the wonderful wildlife living both in and along its waters and just around the river bend the spectacular round tower of Clonmacnoise comes into sight, framed by the majestic landscape behind.

It is possible to take a tour around the buildings, from the helipad built for the papal visit of Pope John Paul II to the whispering arches, gothic churches and fairy’s stone. The site is awash with Irish culture and heritage.

Being Irish, it could be argued that I am completely biased in exulting the wonders and sites of Ireland, but I think anyone who visits Ireland even just once will be captivated by the history, culture, and legend that makes so many Irish people, proud to be Irish.

Next time, you decide to book a flight to Dublin- step outside the boundaries of the capital because my little island, has so much more to offer and who knows, you might even catch a glimpse of the elusive leprechaun!

How to get to Ireland

If you’re based in England, one of the best ways to get to Ireland is by ferry. At the moment P&O ferries are offering an exceptional deal of travelling from Liverpool to Dublin for just £59 each way (price based on a car and one passenger).

Formed in 1998, today P&O Irish Sea is one of the major operators across UK to Ireland via the Irish Sea, transporting millions of passengers a year. The ferries complete with a large lounge, stylish interiors, shops and a popular bar and restaurant. Cabins are also available for overnight crossings and meals are included in the price of travel.

14 Of The Most Beautiful Places To Visit In Sri Lanka

10 of the most beautiful villages to visit in India 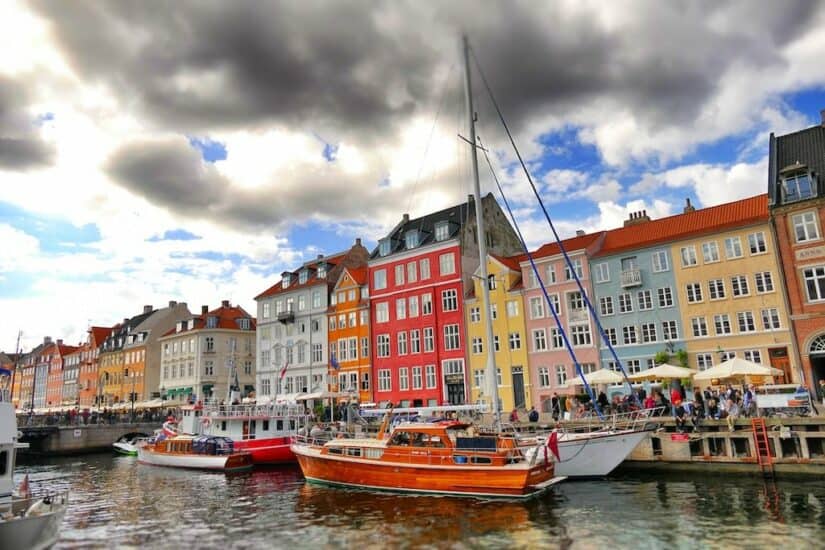 20 of the most beautiful places to visit in Denmark