Hearty, fun, smokey and zesty, BBQ dishes are popular for a reason. Accompany this with such as coleslaw, cornbread and collard greens, and you have some of the most perfect comfort food in the world. Are you craving BBQ food yet? If so, from traditional to vegan, here are the best places for BBQ in Portland, Oregon (in no particular order)…

1. Homegrown Smoker – an awesome vegan cafe serving up their own version of BBQ plates

The vegan restaurant just originated in March 2022 and is attracting not only people on a vegan diet but also people on a regular American diet willing to try something different.

Their gluten-free and vegan hush puppies are reminiscent of the soul food that they offer and they go fast so be sure to get to the restaurant as early in the day as possible to try them!

2. Southland Whiskey Kitchen – a casual Southern restaurant and bar with a bourbon selection and plenty of BBQ food

Known as the premier BBQ and whiskey location, they serve up the Smokehouse Sandwich, Lamb Burger, Roadside Burger, and a Fried Chicken Sandwich that can be enjoyed with different house cocktails and after-dinner libations. Besides whiskey, Southland Whiskey Kitchen is renowned for its bourbon selection.

Don’t miss their Saturday and Sunday brunch from 10 am to 3 pm. They also have a daily happy hour from 3 pm to 6 pm with select drinks and food for $5. Check out their special events that happen each night such as Tuesdays are trivia nights.

Located in the Sellwood-Moreland District, it’s known as “your neighborhood smokehouse”. Choose from St Louis-style smoked pork ribs, Carolina pork shoulder, and other Southern favorites such as hushpuppies and smoked chicken wings.

If you have a special event that you want catering with food from Reverend’s BBQ, contact them for a free consultation on your catering needs.

Try their signature dishes such as Buffalo Cobb Salad, Steakhouse Burger, and the Santa Fe Chickin’ for a delicious barbecue taste. The Reuben on Rye and the Tuna Melt is also made with faux meats for a healthier, plant-based alternative to the real thing.

With a wide selection of fresh and tasty salads and feel-good comfort foods such as fries and crispy cauliflower, this makes Veggie Grill one of the best places for vegan BBQ.

Bark City BBQ’s motto is “where wood, fire, smoke, and meat come together”.

Located in the Creston-Kenilworth District, they are well-known for their signature BBQ trays. Select your type of BBQ protein to pair with pickled BBQ onions as well two sides of your choosing and Texas candied jalapenos.

If you want the Pit Master Nap, you get a combination of all 4 of these meat options. You can even upgrade to the Double Nap for double the meat to be able to feed 3-4 people. 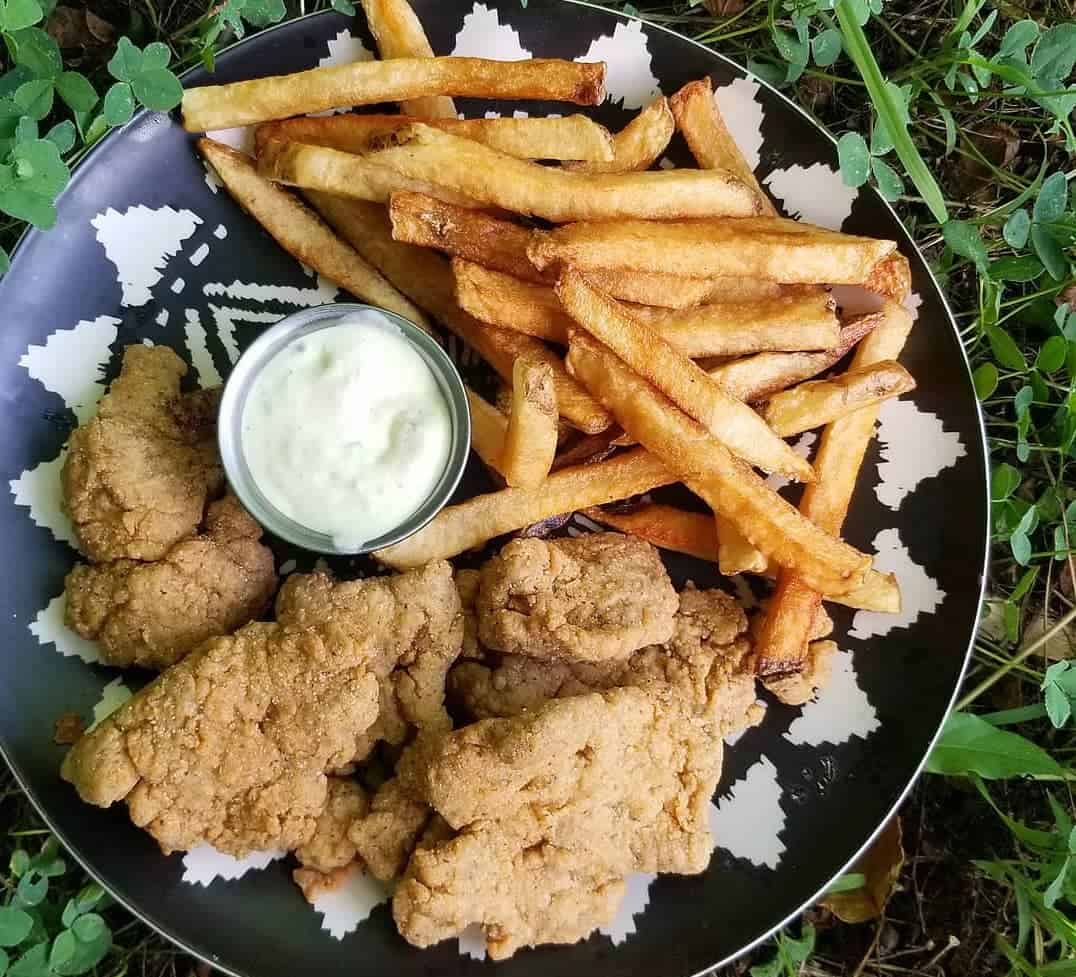 Try botanical seltzers as a way to wash it all down with flavors including blood orange, vanilla, fuji apple, lavender, ginger, and other flavors.

Boise District’s Matt’s BBQ specializes in serving up Texas-style ribs. They claim to be the best Texas BBQ in Portland and Beaverton and the confidence in their menu and customers raving over the taste is why this business is one of the best places for BBQ in Portland.

Choose to order online for same-day pick-up or you can pre-order a meal in advance to pick up within 48 hours or more from the time you have placed the order.

If you have a big family or informal event, consider Matt’s BBQ for catering services.

Located in the Powellhurst-Gilbert District in the Fubonn Shopping Center, they serve super large BBQ Combos that feature a mix of beef brisket, beef rib, pork belly, beef bulgogi, and your choice of tofu or soybean paste stew.

Next time you are in the Boise District and craving BBQ, visit Miss Delta Restaurant and Bar!

Smoke Squad calls themselves “The real deal BBQ” in the Tigard area with its restaurant right on the edge of Portland.

When they smoke their meats, they utilize mixed fruitwood and oak wood for a delicious smoke and flavor for their ribs, brisket, tri-tip, pulled pork, and more.

They sell ribs singularly, by half the rack, and by the full rack. We imagine that you do not want to eat just one rib or even half the rack. Grab a full rack for the best value and share with family and friends!

LA Galbi, Bulgogi beef, Pork Bulgogi, Spicy Bulgogi, Teriyaki Chicken, and Garlic Chicken are just some of the many Korean BBQ dishes that you can enjoy.

Besides their Portland location in the Lents District, there are also two other locations in Oregon including Vancouver and Beaverton. The Beaverton location is coming soon and opening day will be announced shortly.

Famous Dave’s Bar-B-Que is one of many locations in a BBQ restaurant chain that offers patrons their signature ribs, burgers and fries, and delicious Southern-inspired all in an American Western-themed setting.

Located nearby the Portland Airport PDX area, choose from St Louis-style ribs, baby back ribs, and burnt ends as your protein. You can order just the protein or you can make one of them a combo with your choice of sides to customize your delicious BBQ dinner.

13. Kkoki Korean BBQ – one of the best Korean BBQ’s in town

Kkoki Korean BBQ is stationed in the South Tabor neighborhood in the Powell Street Station.

All-you-can-eat Korean BBQ is Kkoki’s claim to fame. If you prefer to eat at home, there are also to-go and take-out options.

For this option, you can get items per round at the buffet and you and your party have a maximum 2-hour time limit for you to enjoy your meal before you must be dismissed to let other patrons enjoy the all-you-can-eat experience, too.

What’s known as Portland’s favorite hangover cure is the Bibim Box at Kim Jong Grillin’. You select a protein to put on top of Japchae noodles. The dish is topped off with a fried egg and Gochujang. Select from one of the first four proteins listed above or you can choose tofu or vegetable to make it a vegetarian option.

Podnah’s BBQ is based in the Vernon District and serves delicious BBQ meats including brisket, pulled pork, carnitas, smoked links, chicken, and pork spare ribs. You can order just the meat of your choice of meat with 2 sides of cornbread. If you want collard greens or mac and cheese sides for this plate instead, it would cost a couple of dollars extra.

For your drink, select from hand-poured draft beers, cocktails, wine (by the glass or the bottle), bottled beer, fountain drinks, and water.