If you’re a local or just visiting, the city of Portland has many interesting places of worship to explore. If you’re seeking out a spiritual experience, here are some of the best churches to visit in Portland, Oregon…

1. St. Mary’s Cathedral of the Immaculate Conception – one of a kind cathedral that has been beautifully built for the public 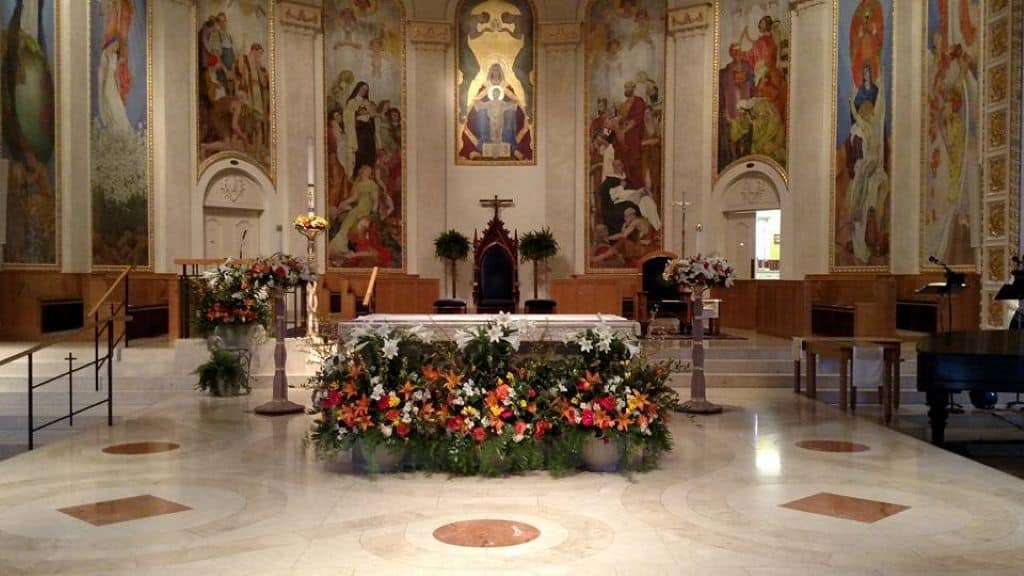 The St. Mary’s Cathedral church was constructed in a 20th Century Romanesque and Byzantine style. Faithful to the architectural style, the church has a beautiful red-tiled gable roof, cast-stone columns, and a square tower.

The design was carried out by Jacobberger and Smith. The inception of the church began as early as 1925 when the archbishop of the time fell morbidly sick. In response to his illness, he ordered the construction of the cathedral.

The church has been renovated multiple times since then. In the modern-day, the church features a statue of Mary and a Sacred Heart carved against the walls. 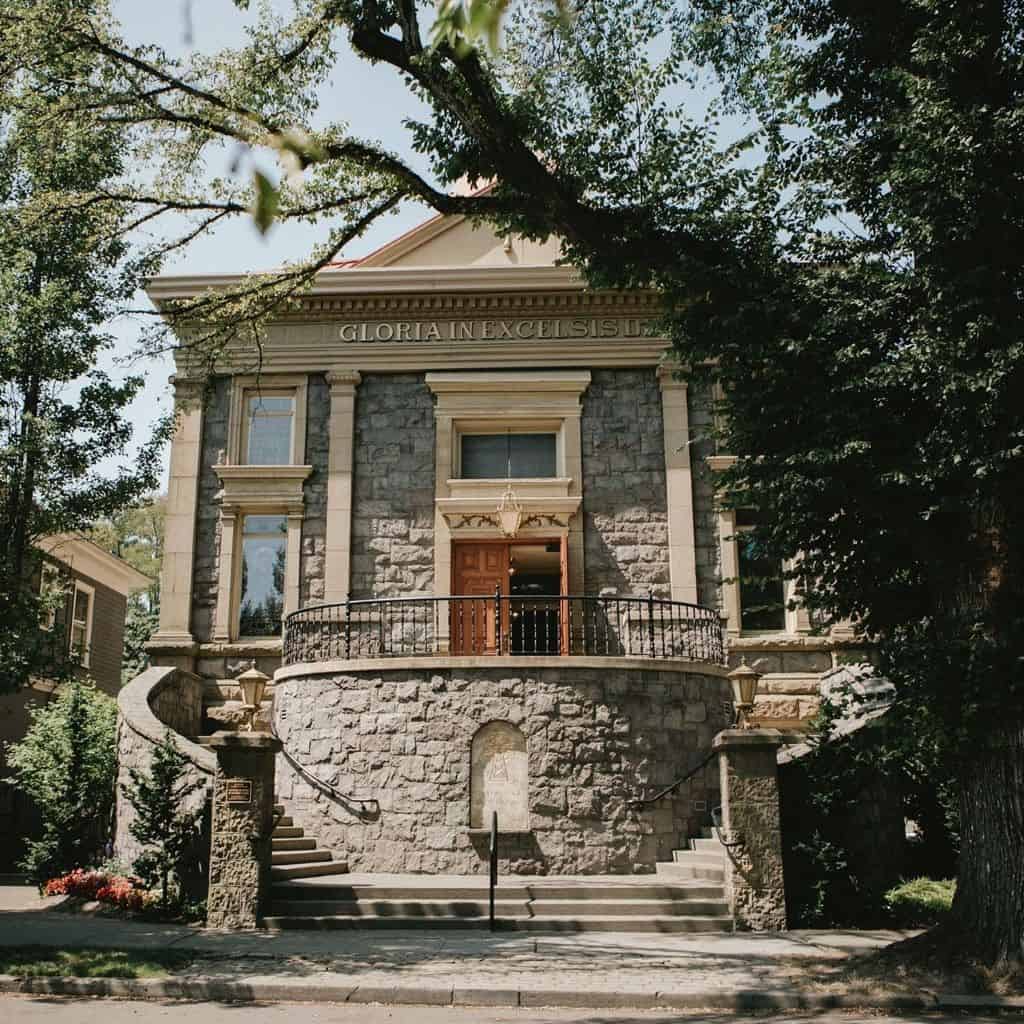 The St. Patrick Catholic Church is one of the oldest buildings still used in the modern-day. The foundation of the church dates as far back as 1885 when the archbishop of the time gathered a Catholic community and decided to build a church and a school.

The church gets its name from St. Patrick’s day, on which the cornerstone for the church was fixed. With a cruciform structure and a dome and spire parts, the church gives off a historic appearance.

The church was originally built in a Second Renaissance Revival style, however more recently the church features an Italianate style.

3. Church of Grace – a lovely church founded by newcomers from the former Soviet Union 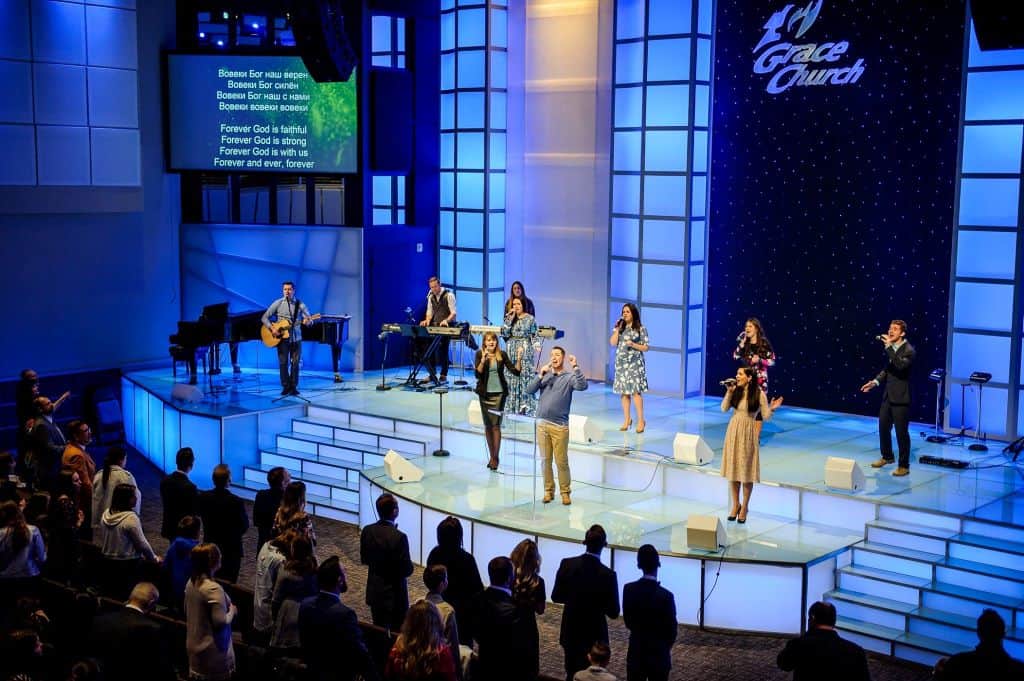 The Church of Grace is a community founded in 1998 by a group of people from the Soviet Union. The idea of setting up a church building is said to have transpired on the founders by God while they were praying.

The church features a fortress-like structure and has managed to preserve its historic look.

4. Door Of Hope Southeast – a serene church where you can either watch the Sunday sermon online or physically attend it 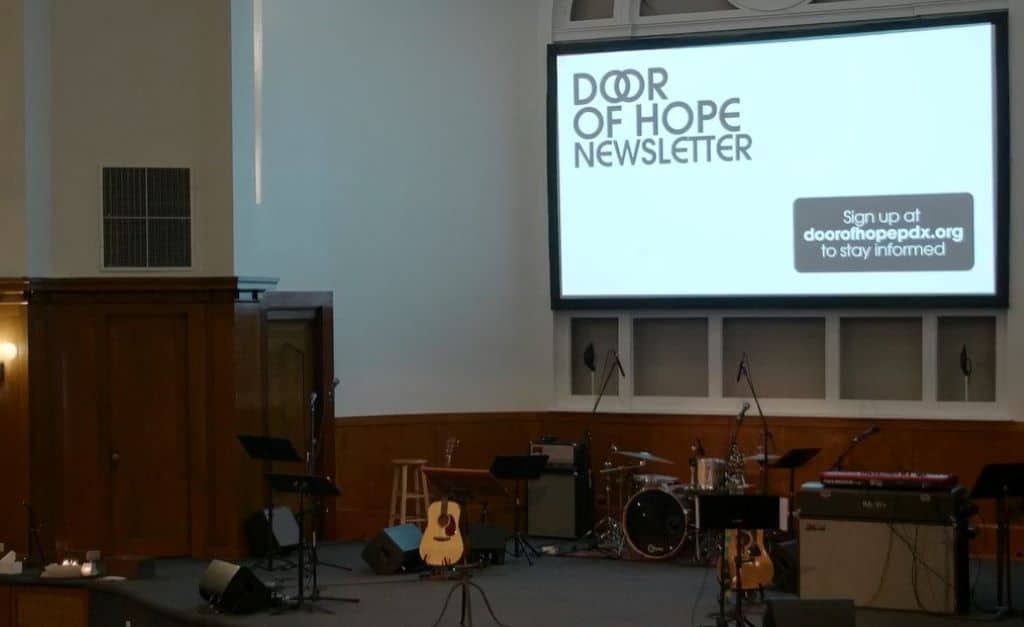 The community strongly believes in generosity, living together and helping each other out. By organizing Sunday activities, the church works on bringing the people together. Some of the clubs include Door of Hope Youth, Coffee and Communion, and Greeting.

Another strong belief that the community follows is simplicity. They preach that simplicity should be followed in everything from church buildings to lifestyle.

5. Metropolitan Community Church of Portland – the first church to conduct same-gender marriages in the USA 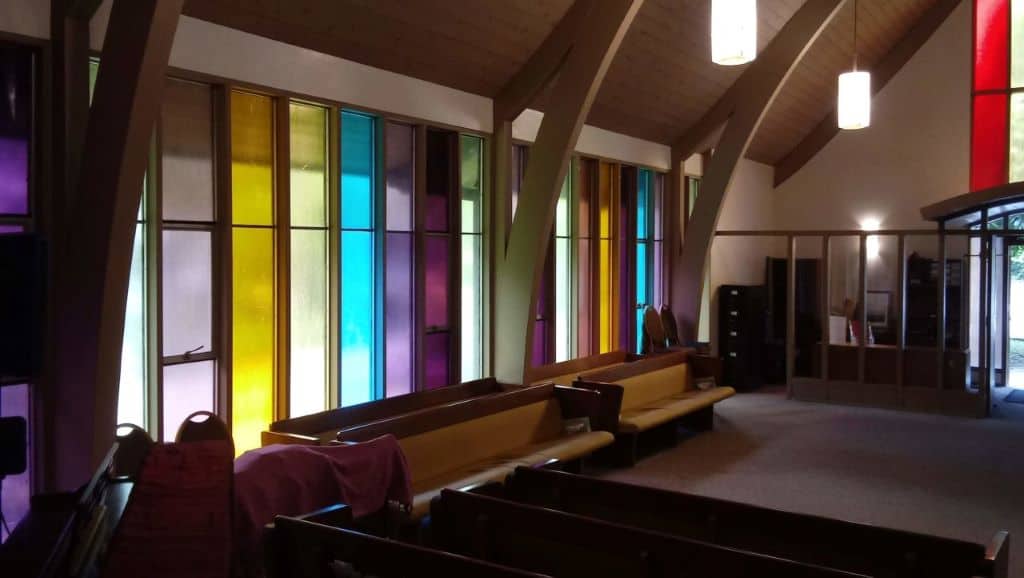 The family of churches includes around 222 churches in 37 different countries. The church also focuses on providing support and voice for the LGTBQ+ community and works on treating everyone with love and justice.

The church sold the building at 2400 NE Broadway in 2015 and moved to the new location in 2019 where they share a common facility with Colonial Heights Presbyterian Church.

6. Mannahouse Church – a multicultural church that offers services in English, Spanish and Burmese 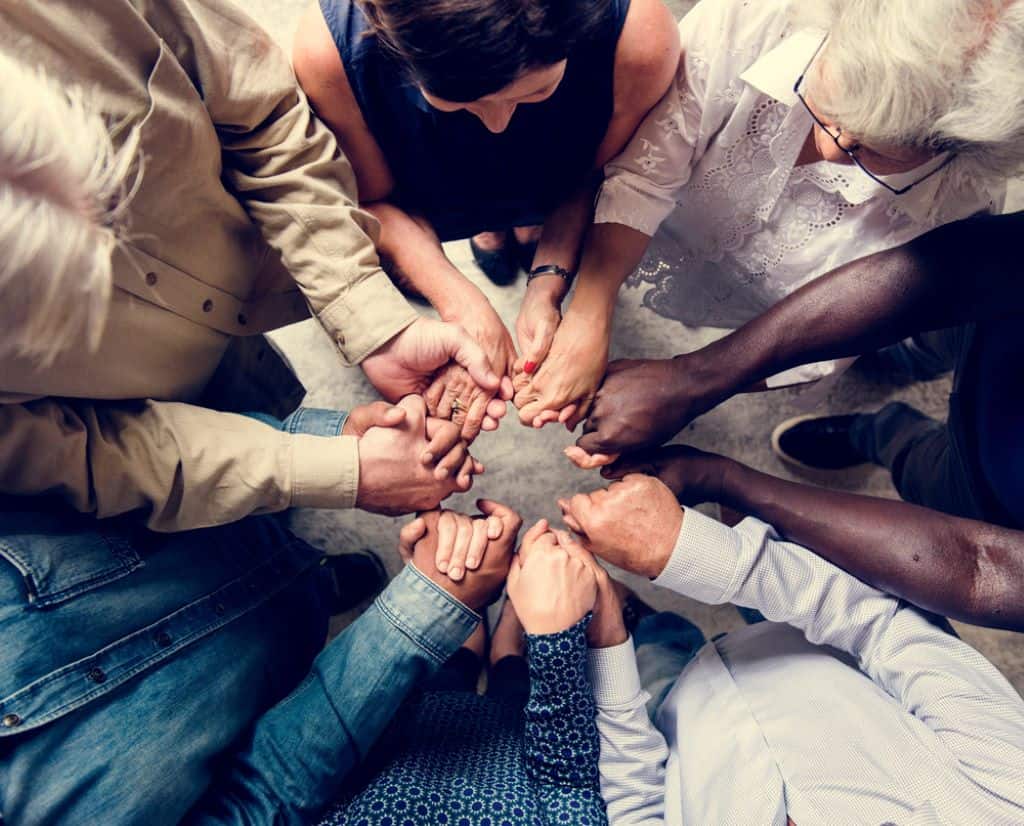 The Mannahouse Church is a community of Christians spreading the word of the religion to different cities.

The community began with 13 people who followed the religion closely and stayed faithful to it. The group then had a vision to build a church and send monasteries to youth camps.

In more recent times the community have renamed themselves City Bible Church. The family of churches have two campuses in Portland, one in Tigard and another in Vancouver.

7. Mosaic Church – a great church that blends tradition and faith in order to bring the community together 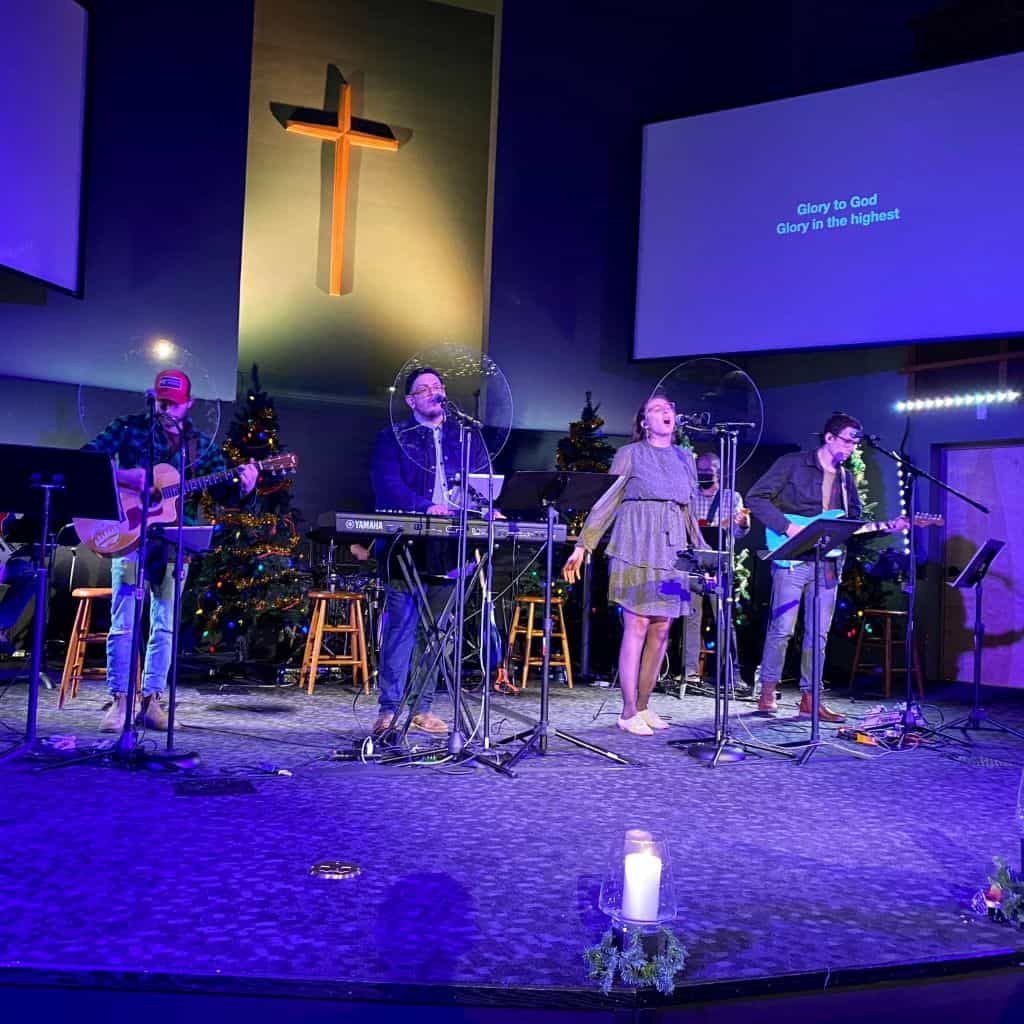 The Mosaic Church community gets its name from pieces of mosaic tiles. They believe that just like the pieces come together to form a bigger picture, men are God’s broken handiwork who become complete in following the teachings of the religion.

The church was founded after a series of prayers and meetings in 2003. At the time, the Portland Alliance Church served as the main community. Upon realizing that their teachings could no longer unite the neighborhood they decided to step back and reform.

After a lot of meetings, relationships and learning the Mosaic church came into being. The church continues to serve the neighborhood in Portland.

8. Trinity Church of Portland – an honorable church where you can participate in small groups for book studies 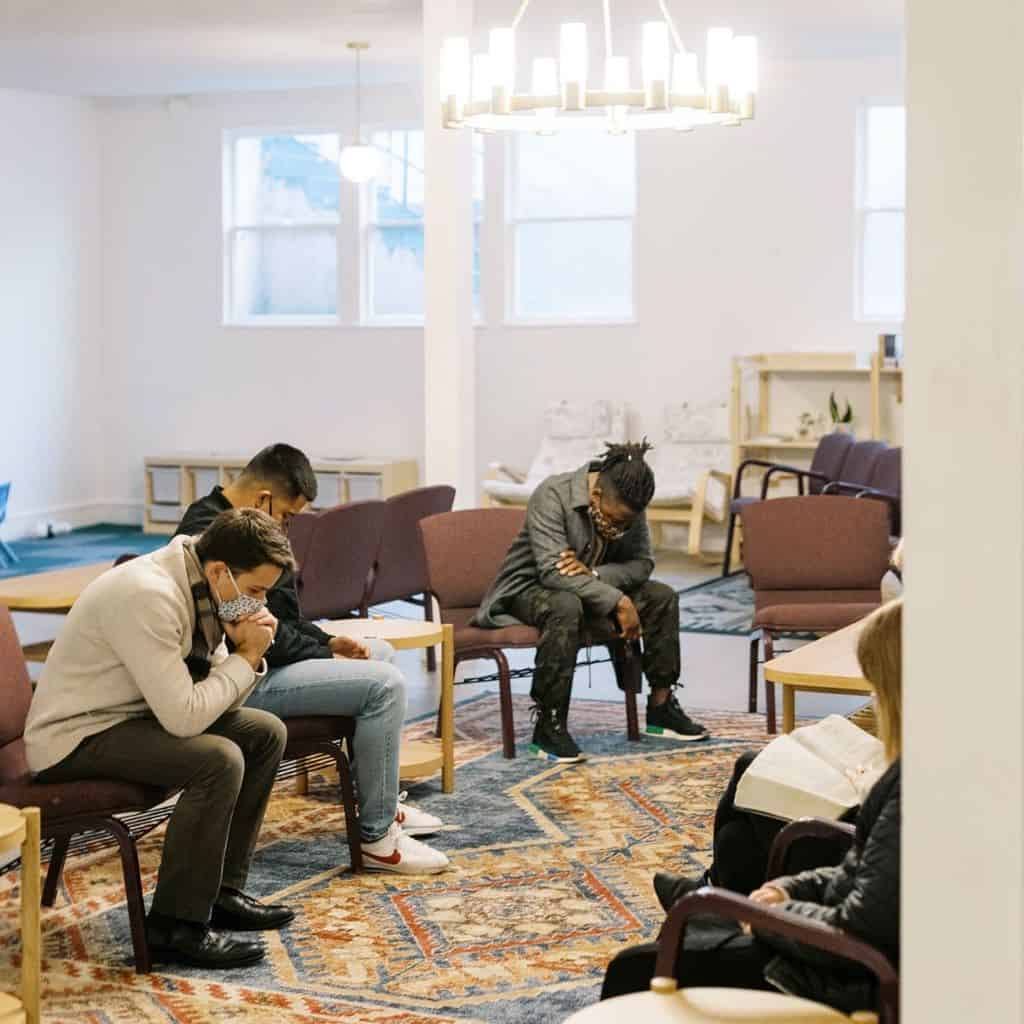 The Trinity Church of Portland focuses on the core teachings of Christianity and incorporates the basic pillars like praying, recitation, preaching and singing into their community.

Essentially, the community believes the Gospel to be sufficient for spreading and practicing the religion. The church’s main task is spreading the religion to children helping parents raise kids with Christian values.

The kids are assigned classes where they are taught in a fun and loving environment. The church also has an online podcast to help reach the masses.

9. First Christian Church – a supreme church that gives a warm welcome to all backgrounds 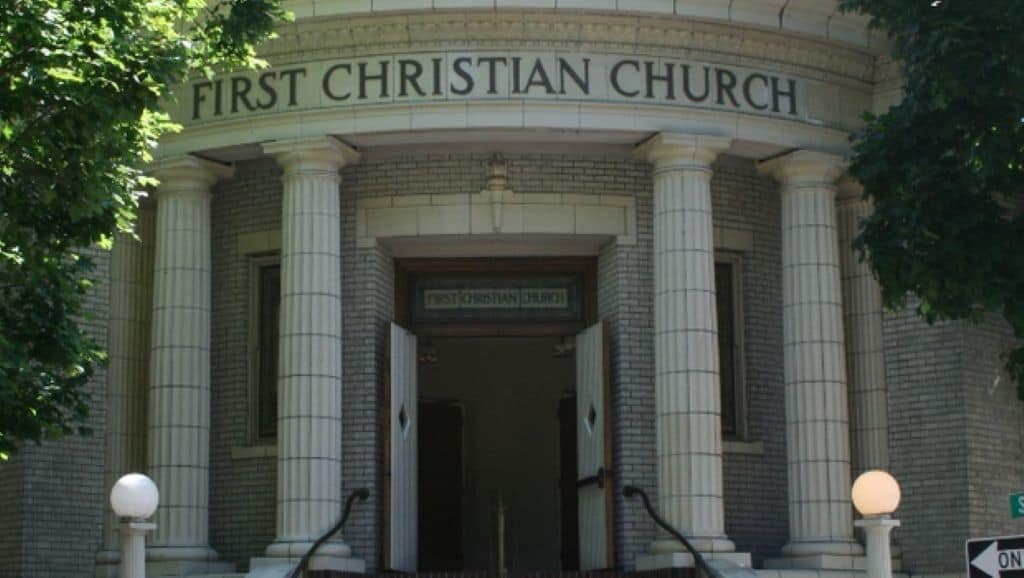 The inception of the First Chrsitian CHurch of Portland goes as far back as 1879 when Bruce Wolverton of a ministry society delivered a religious address to the people. The sermon is said to have inspired many people who came together to form a community and continue the church.

The church was set up in Portland with Wolverine as the pastor. Today, the church works to bring joy and healing to people with their three main values: Christ’s love, trust and unity.

10. Voice of Hope Christian Church – a paramount house-of-worship that ministers in Africa, Asia and Europe 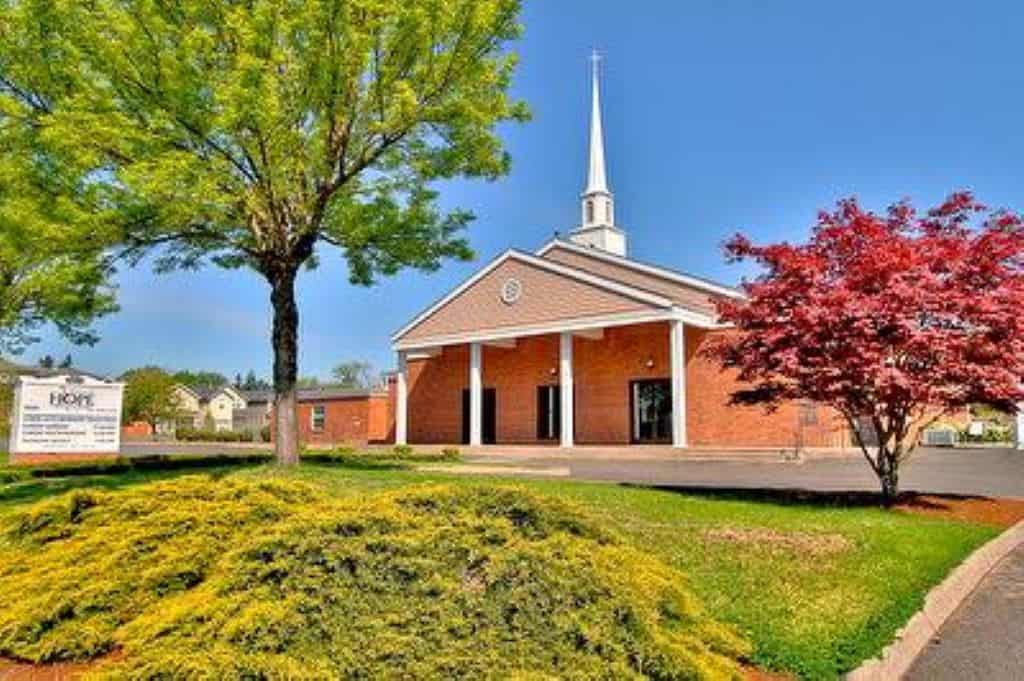 The Voice of Hope Christian Church is a church in Portland with a community of around 9 members who preach and manage the church. The members mostly include young adults who have come together to create a team to make the religion more prevalent among the people.

The church spreads word about their mission through various social media accounts. Members of the church have divided roles among themselves such as a worship team and  a young adults team.

11. Bridgetown Church – a modern church that helps people with resources such as classes, book recommendations, music and much more 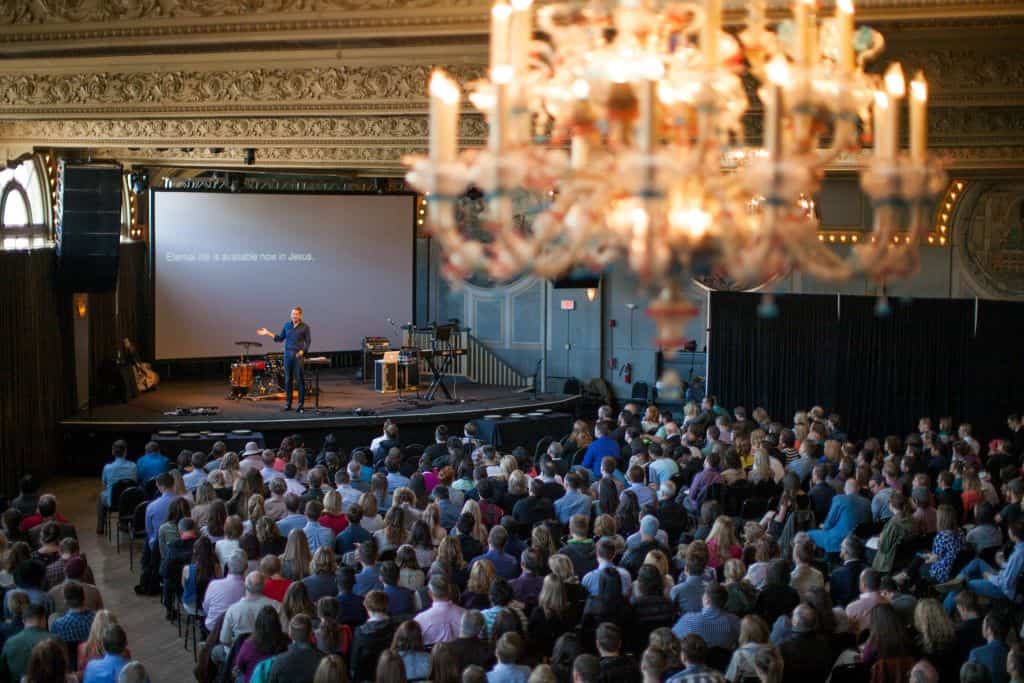 The Bridgetown Church in Portland follows Christianity by following the teachings of Jesus. The community believes that by incorporating the teachings and actions of Jesus we can solve big problems in the world.

The church organizes Sunday gatherings, Young adult programs, online sessions and many more activities. Through these activities the church focuses on preaching religion as a part of life and not just a Sunday chore.

The church has communities for all age groups, especially growing children, ranging from kids to young adults. To make the knowledge more accessible the church also has an online bookstore where the books can be purchased and delivered.

A Guide to Portland International Airport 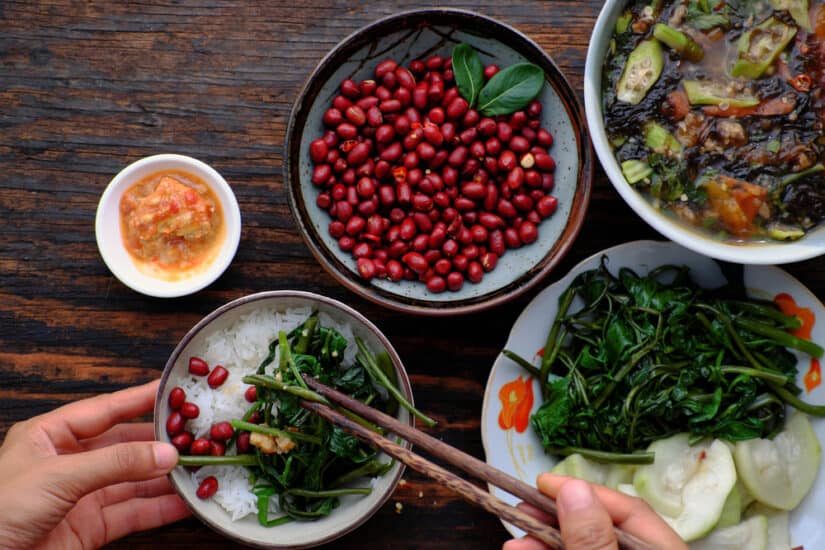 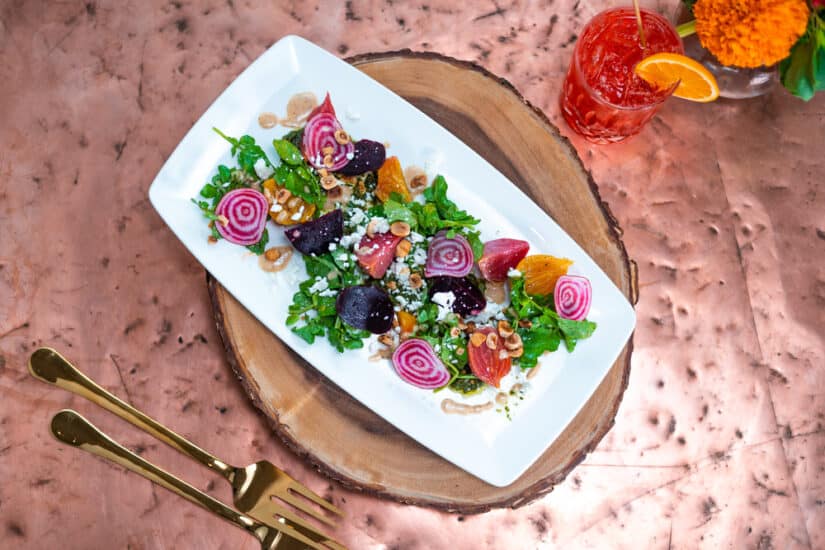 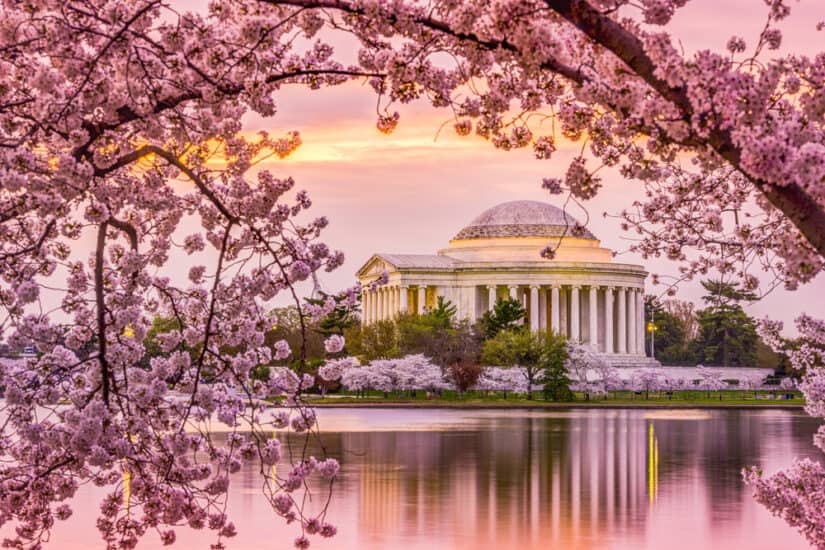