Question – How many humans in history have been killed by a wild orca, the huge and ferocious creatures feared for their razor sharp teeth? Answer – None. Zero. Not a single one. A couple of injuries, yes – but no documented deaths. Hardly worthy of the name “killer” whale then, you may think. In fact, they’re also not even technically whales either – so being neither a killer nor a whale make them among the most misnamed species in the animal kingdom. 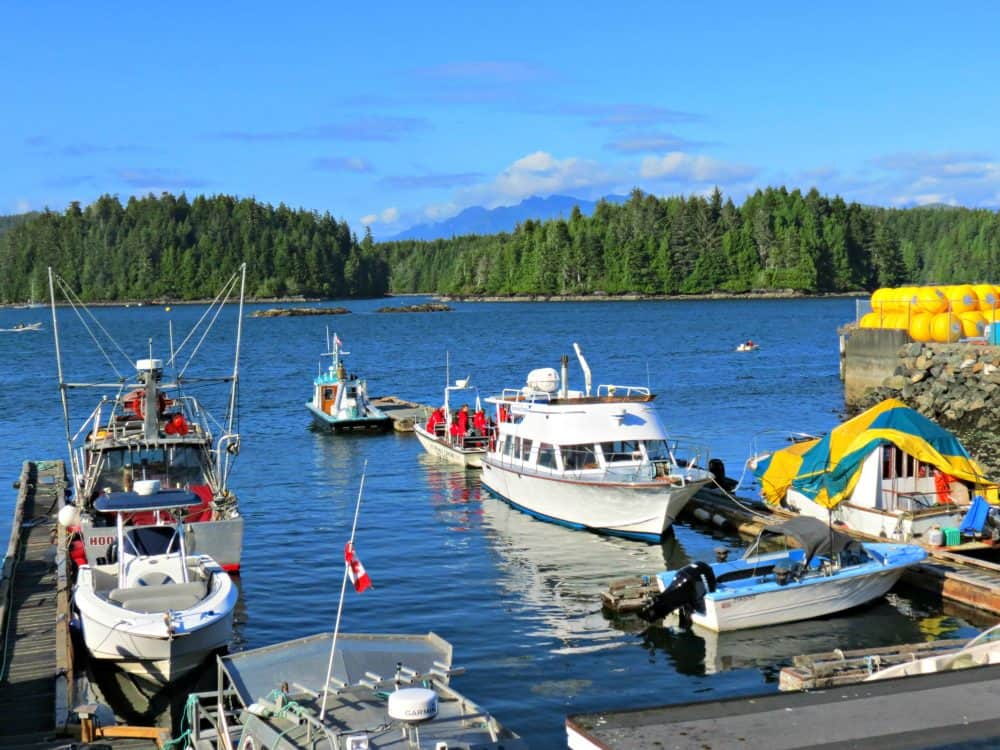 And yet, in captivity – one of the most unnatural and barbaric homes imaginable for such a large and powerful marine animal – there have been several accounts of a captive orca attacking their trainer. Film such as The Cove (about the brutal slaughter of dolphins in Japan) and Blackfish (the horror of keeping orcas captive at places like SeaWorld) have highlighted the modern struggle of magnificent creatures. In the unenlightened 1980’s, I spent a childhood holiday at SeaWorld, watching “Shamu” perform tricks for huge crowds and even taking a toy orca home. I loved it – but knowing what I do now, there is a tinge of regret and sadness. With tragic irony, even Keiko from the feel-good 1993 film Free Willy only ever became free 9 years after the film, and died shortly after. 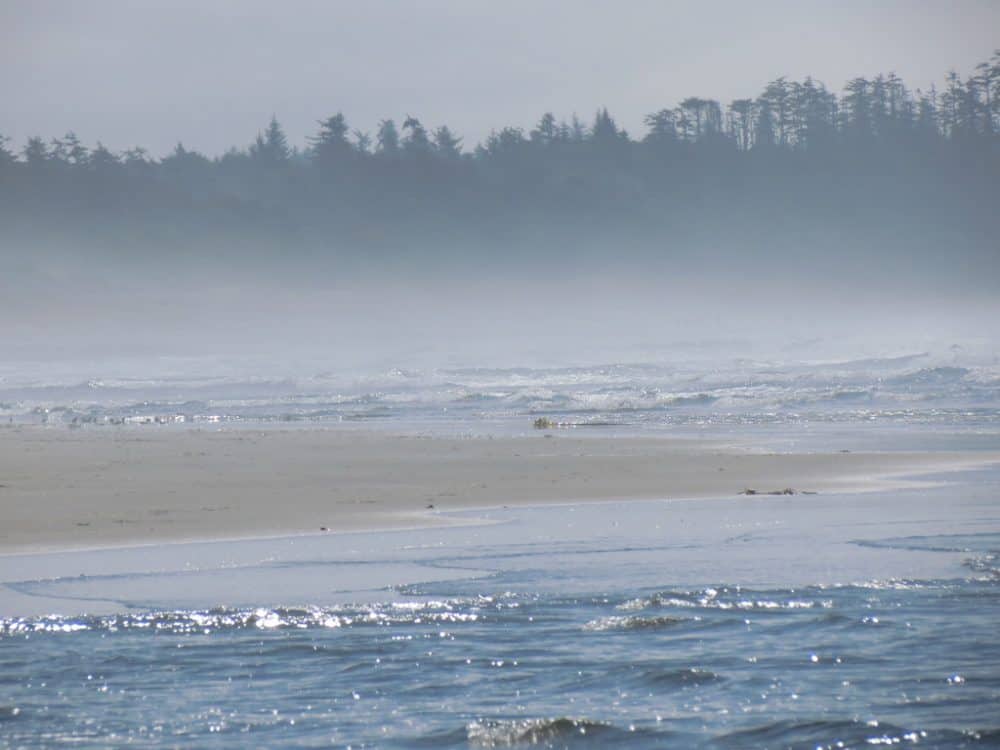 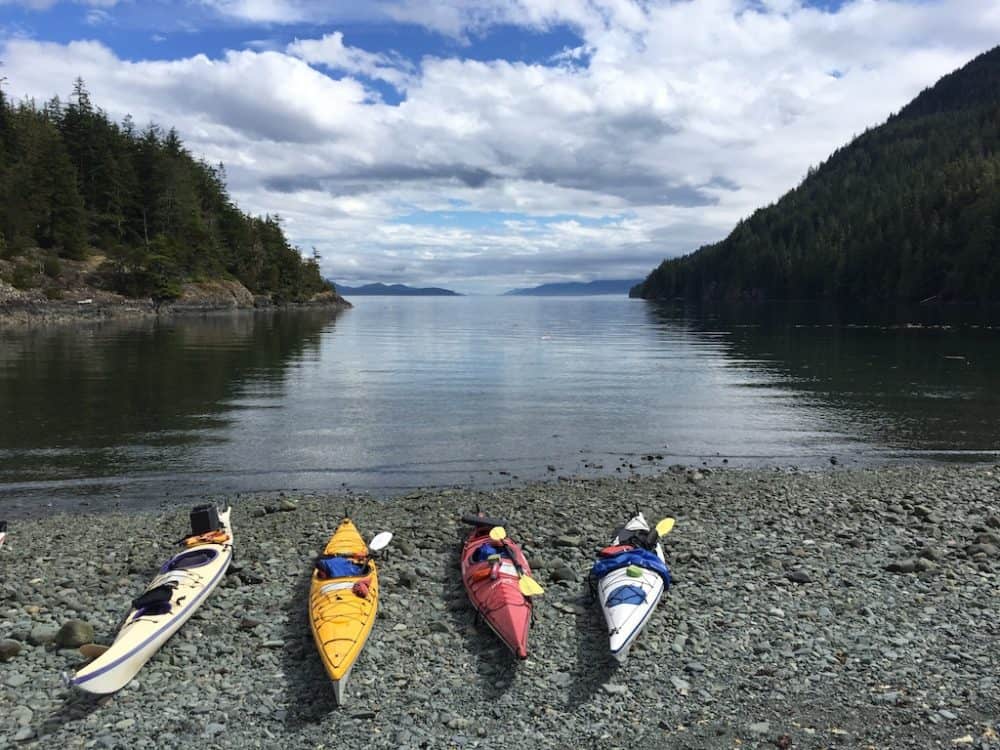 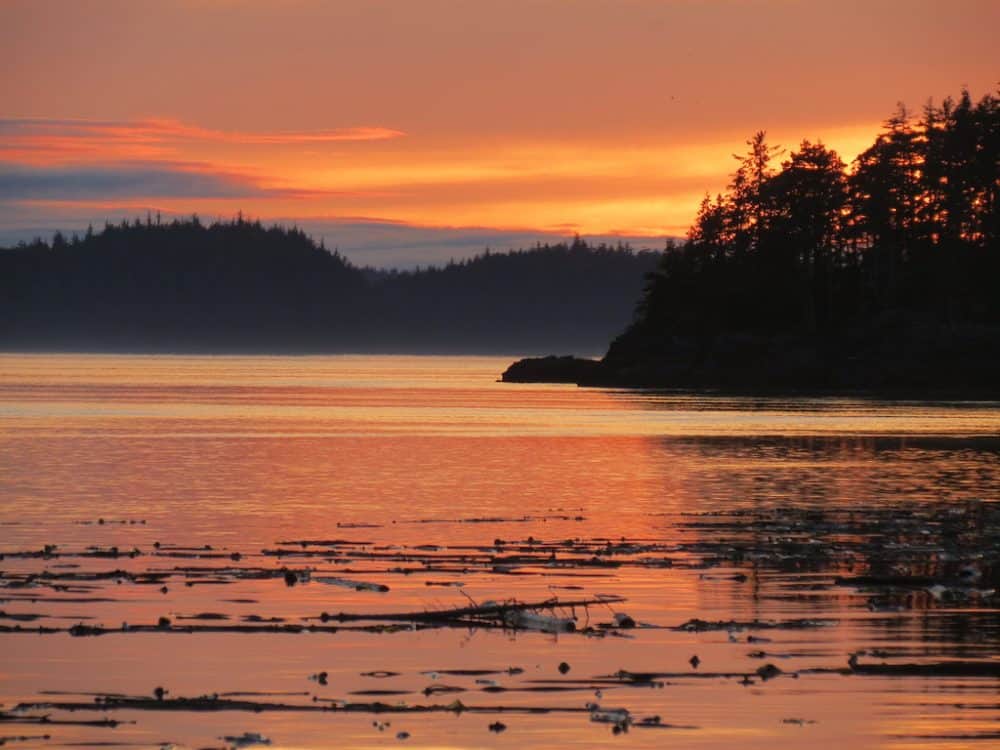 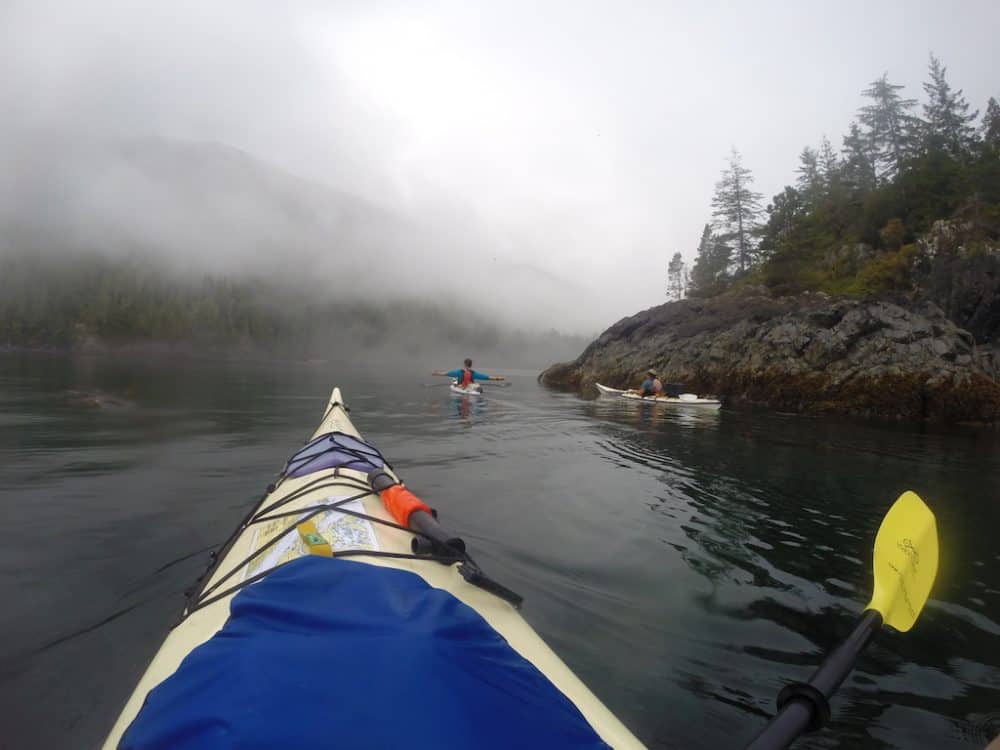 So when I told people I was spending my 40th birthday going on a Vancouver Island Road Trip and then kayaking for a few days with killer whales, most people returned a look of disbelief and worry. Aren’t you scared? Is it dangerous? Will they think you’re a seal and try to eat you?

Officially members of the dolphin family, with a Latin name that derives from “the realm of the dead”, they share the waters of the Johnstone Strait with seals, porpoise, Humpback whales and all manner of inter-tidal wildlife like purple starfish, sea urchins and jellyfish. During the summer, it’s one of the best places in the world to see orcas in their natural environment, with numerous motor boats and kayak groups heading out to try their luck at spotting them. 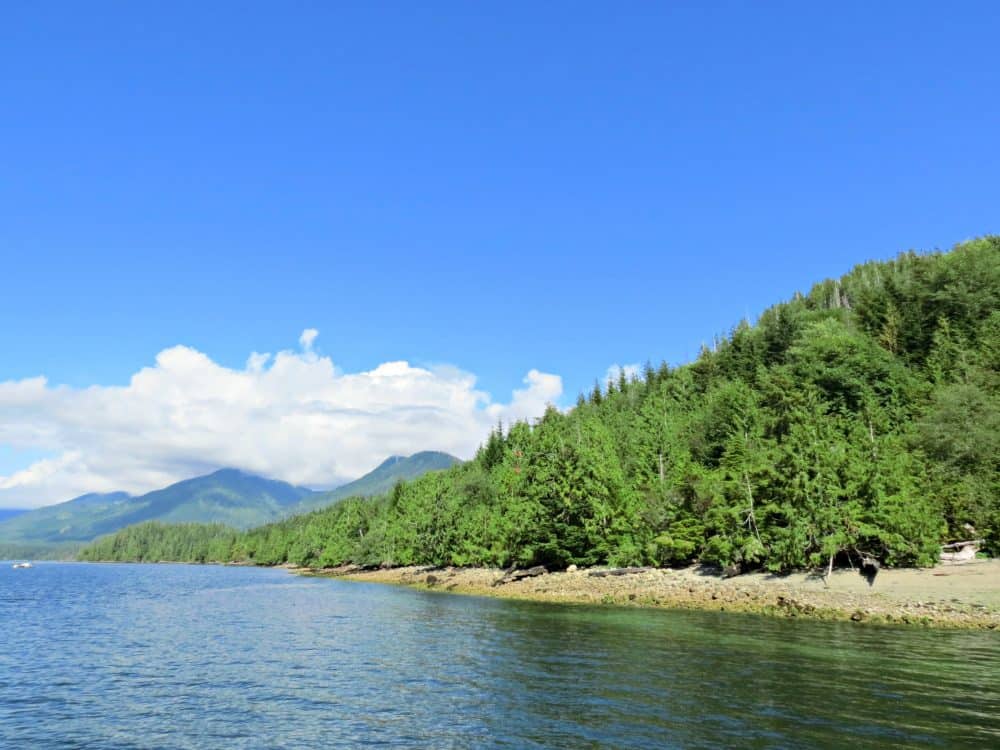 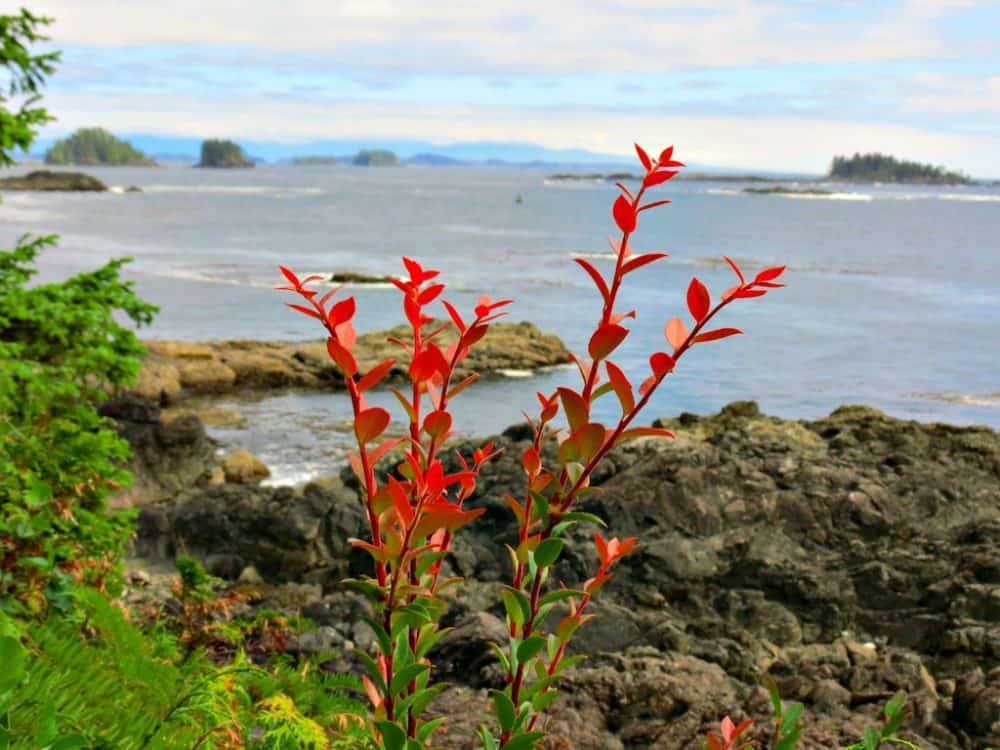 Navigating these waters with Brandon and Ryan, our two excellent guides from Spirit of the West, brought the area to life – whether it was spotting a Peregrine falcon just before it swooped down to grab it’s lunch, helping us group our kayaks together when we spotted a pod of orcas, cooking miraculously tasty meals with only the most basic camp kitchen, or informing us of unusual marine life like chitons and Lion’s Mane jellyfish. Crossing the strait in thick mist, with no land in sight, and where the only thing we could see were the other 8 kayakers in our group, was particularly atmospheric. 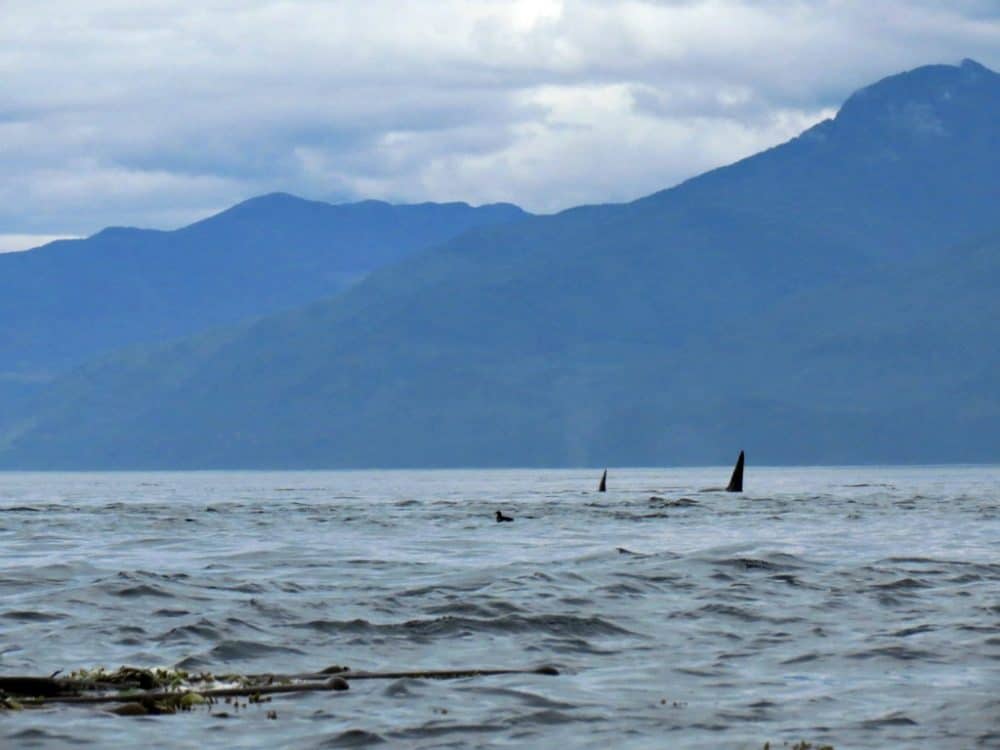 As with any wildlife watching or whale watching boat journeys, sightings are never guaranteed, even when kayaking in an area called Blackfish Sound – so imagine our joy when we heard the first bursts of water erupt from the blowhole of an approaching pod of orcas, barely an hour since leaving shore. The time we spent with them was precious – not knowing where they would pop up next, then hearing a different pod behind us, catching the glimpse of a fin or a tail – was a mixture of anticipation, excitement and joy. Once the last orca had gone, we didn’t realise then that it would be the last time we would see them on the 4-day trip, but even a few minutes of time with them in their natural environment was more touching than any display in captivity. On the rest of the trip we were lucky enough to also witness the majesty of a couple of humpback whales in Weynton Passage, the grin on my face as wide as their tail when they dive below the surface. It was an honour and a thrill just to be in the same place as these orcas and whales, no longer confined to seeing them through the lens of a wildlife documentary. 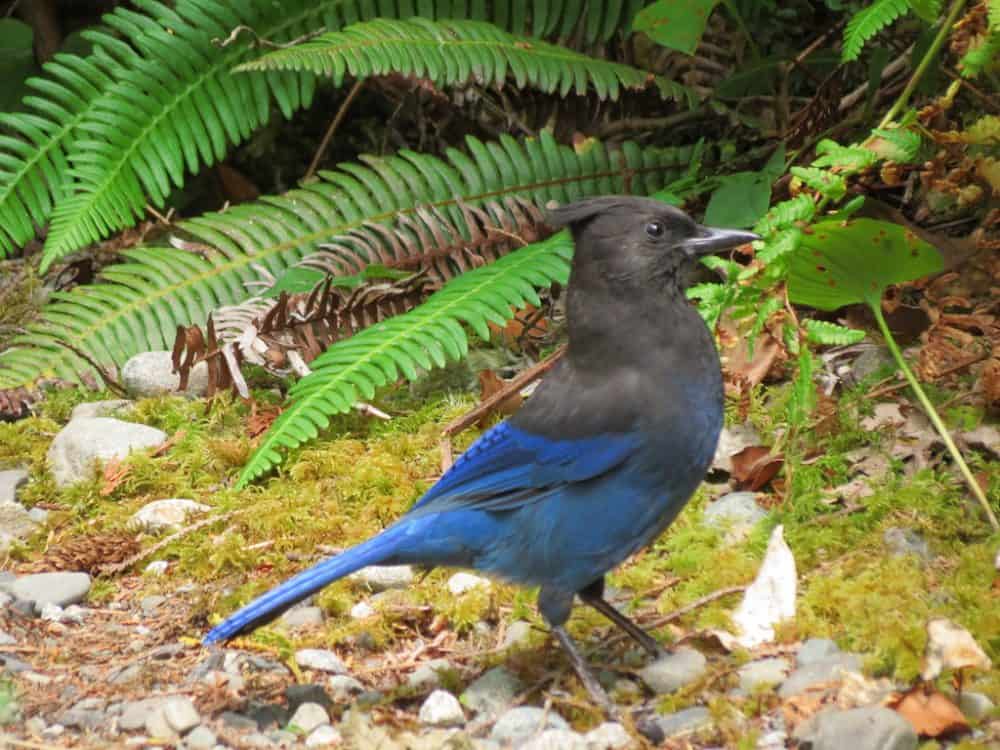 Over on Vancouver Island’s wild west coast, the little town of Tofino becomes a playground for the whole island who come to surf, hike, chill out or search for wildlife. While trips to natural hot springs and whale watching boat journeys were certainly tempting, we decided on an excursion with Browning Pass to look for black bears, which we were told can often be found coming down to the shore at low tide, on the hunt for crabs. Our chirpy guide, Mike, was the owner/operator of this family-run company and having lived in the area his whole life I couldn’t imagine anyone better to show us the right spots. Sure enough, as the boat headed to a distant shore, we saw the unmistakable black mass of a bear curiously lifting rocks, foraging for lunch. Their playful nature and adorable cuddly appearance is appreciated even more from the safety of a boat, and it felt an honour to be in their company while they went about their daily routine. These were not the fearsome bears we see in films – or it could just appear that way as they seemed more interested in the crabs than us watching them from the boat. Bald eagles flying overhead and snacking on fresh salmon during the ride back to Tofino rounded off a memorable afternoon in the Canadian sunshine. 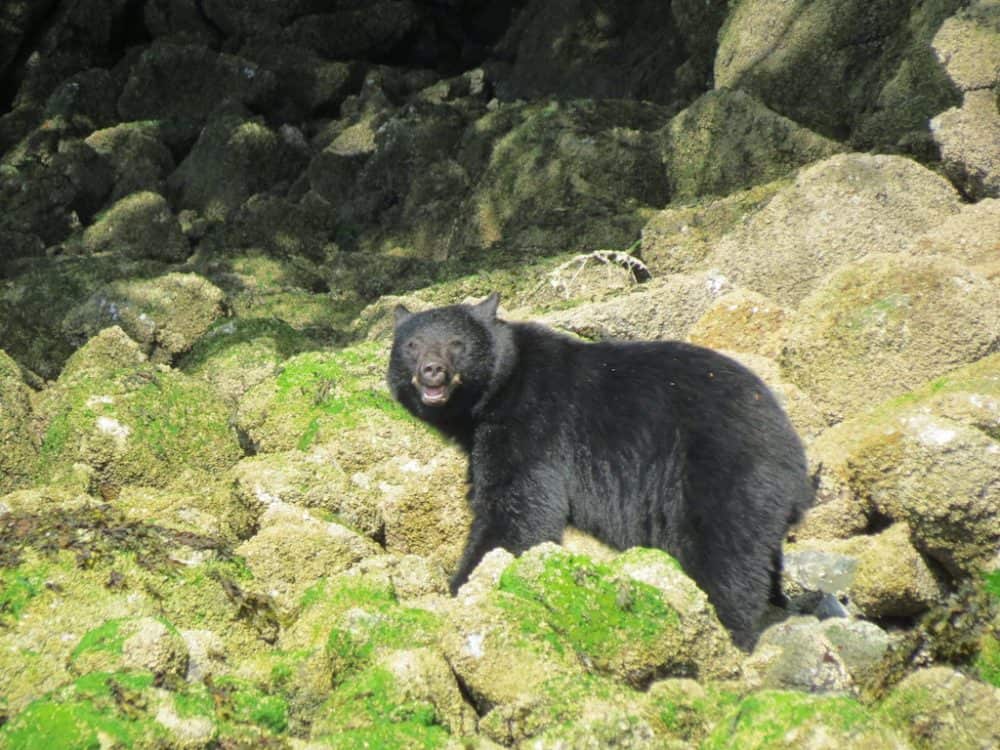 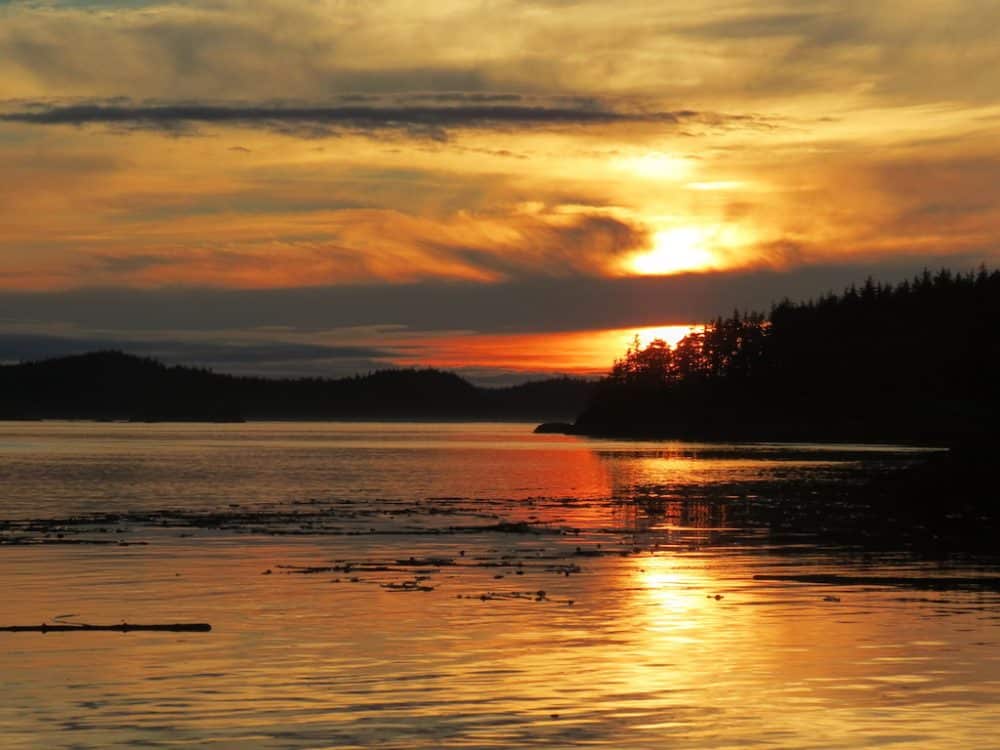 Being in the presence of bears and whales, these commanders of land and sea, you start to realise your place in the world, as a human, and that it’s our duty to share and respect this planet and all it’s living creatures. Perhaps our curiosity with them is mirrored in their curiosity with us. The memories of darting fins and mighty tails, clawed paws and silky fur that I brought home linger with me when I think back to the time I shared with them in their remote world. It warms my heart to know that while I’m drinking tea in the centre of London, on the other side of the world these beautiful creatures are going about their daily life just like I am. And as long as all we do is watch them from a safe distance, hopefully all species can continue to do so for many years to come!

7 reasons why you should Belize 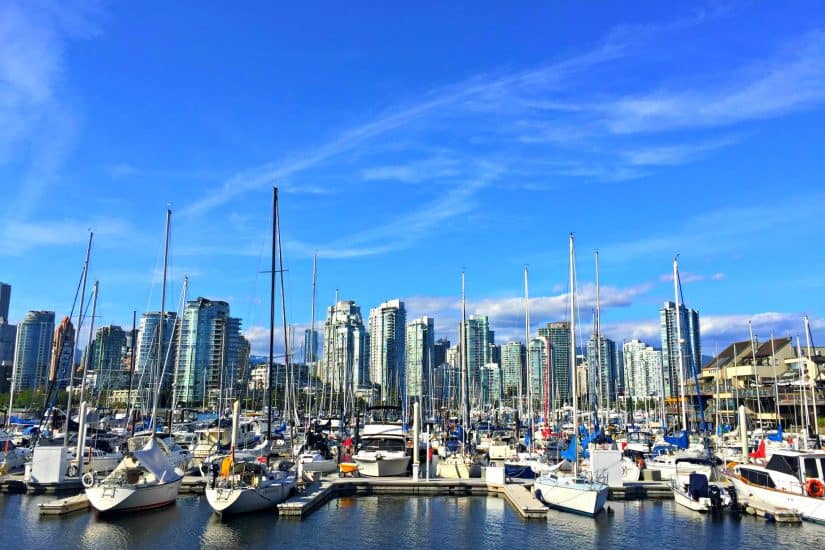 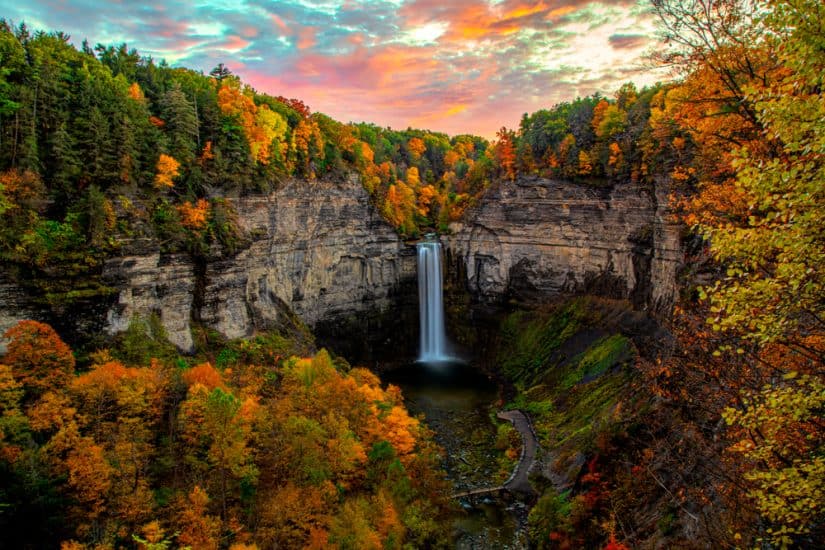 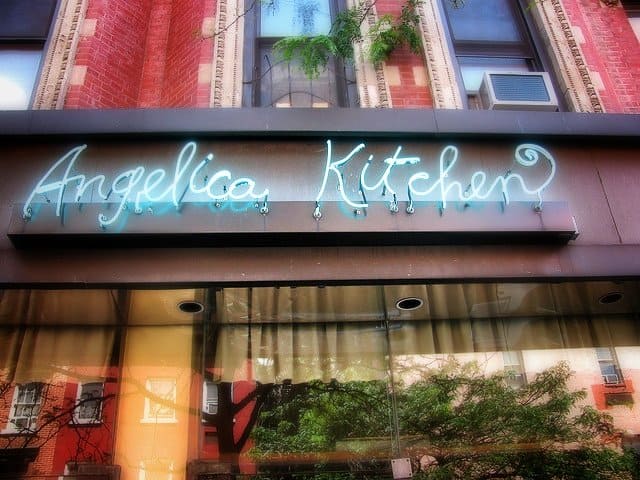