Oregon is a great place for spotters of birds and wildlife. Many migratory birds stop at Oregon’s high desert lakes, which have the sixth-highest bird species count in the US. These lakes are home to a variety of species of shorebirds, including Cascade Mountain species, and many others. If you fancy yourself as a bit of a twitcher or just love to watch animals in their natural habitat here are the best places for birds and wildlife in or near Portland, Oregon…

1. Oaks Bottom Wildlife Refuge – a floodplain wetland with over 150 species of bird

Oaks Bottom, a floodplain wetland in Southeast Portland on the eastern side of the Willamette River that was intended for construction as a landfill, is protected by a 185-acre refuge. As a result of the area’s diversity, there are 157 bird species in the area each year.

Great Blue Herons, migrating and wintering birds, can be seen from the adjacent Ross Island in Portland, one of the most incredible places to see these birds in their natural habitat. You can find a wide variety of songbirds in wetlands and woodlands. Trails that aren’t paved are more susceptible to becoming muddy.

In addition to an accessible playground and ample parking, this park, part of the Boardman Wetlands, has an outdoor classroom. There’s more to do at the park than look at wildlife and play in the woods. In addition, native plants are being restored, and the water quality of the wetland habitat is being improved.

The district’s first natural play area is found at this park. Because it is nature-inspired, it encourages children to take an active role in their play and fosters a sense of connection with the outdoors. Park visitors can learn about the ecology of a wetland through an outdoor classroom plaza and a hands-on education area with access to a pond.

3. Stephens Creek Nature Park – where animal habitat is enhanced by the creek

With more than 1,000 feet long, even without benches, the Raz Baack Crossing is a major thoroughfare. Natural and compacted gravel surfaces, as well as boardwalks, can be found throughout the park. The animal habitat in the park is greatly enhanced by Stephens Creek, a perennial stream that runs through it. It’s not uncommon for the water level to rise above the boardwalk during severe rain or flooding. This boardwalk could be dangerous to walk on but has preventive measures with its edge protection when wet.

Jewell Meadows Wildlife area’s goal is to maintain and enhance animal habitat, limit damage to adjoining properties, and allow the public to see wildlife in its natural habitat.

Elk and other wildlife use the Jewell Meadows Wildlife Area for wintering and other food. The elks can be spotted on the state highway during the winter and spring. They also feature a wide variety of wildlife, including numerous bird species. Closed to the public and not used for hunting year-round, the main meadow functions as a sanctuary. Four observation points and informative information are available in the wildlife area.

Seaside’s southern fringes are home to the Circle Creek Conservation Center. Tillamook Head is located at the base of a coastal rainforest that was once a tranquil watershed and meadow. Hikers can see a variety of bird species along the 3.2-mile riparian forest trails, which pass through an extensive stand of Sitka spruce trees.

Bald eagles and an enormous elk herd have all called Circle Creek home (protected by North Coast Land Conservancy). Remember that dogs are not allowed on the trail, and visitors must register before beginning their trek. Be careful on the tracks after a rainstorm as it can be slippery.

6. Twilight Eagle Sanctuary – a tranquil setting to watch the animals in their natural habitats 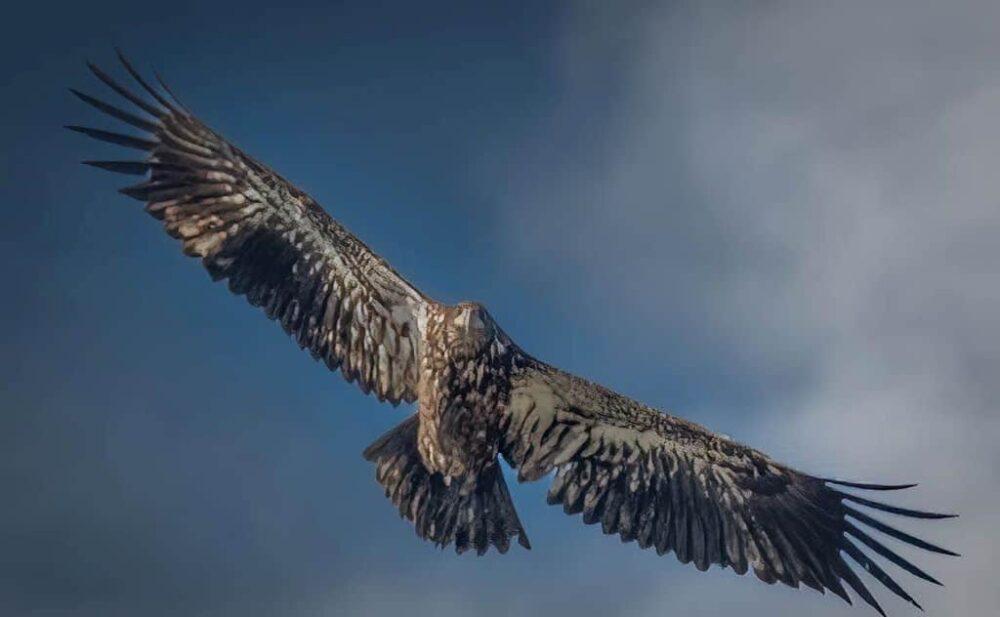 Visitor’s can watch animals in their natural habitats and photograph them from a gorgeous location at the Twilight Eagle Sanctuary. The surroundings are lush and serene, as they blend in the woods.

This tranquil setting offers lots of room to relax. If you’re going to Astoria, make a quick pit stop to take in the sights. Visit Twilight Eagle Sanctuary to see the mudflats, tide pools, open sea, and islands near your home.

There are nearly 35,000 acres of marshes, tidelands, woods, and various animals in the Lewis & Clark National Wildlife Refuge. There are also plenty of ducks, geese, and Tundra swans in reserve at the Columbia River’s mouth. Bald eagles build their nests nearby.

You can get to see harbor seals, white seals, and Californian sea lions on the estuary’s mudflats and rocky shores. Many other species may be found here, including American Shad, Catfish, Pacific Lamprey, and Bass, making it an ideal fishing spot. It is not uncommon to see Whitetail Deer, MuskRats, Mink, and Otters living in the wooded areas.

There are wetlands, lush natural flora, and walking paths in Reed Canyon, all of which enhance the enjoyment of a birding trip. It’s possible to get up close and personal with various waterfowl traveling through the lake at the garden’s center, such as Wood Ducks and Buffleheads.

9. Ridgefield National Wildlife Refuge – home to some of the best grassland, marsh and forest habitats

There are 5,228 acres of federally protected land in Ridgefield, NWR making it one of the best places in the world to see animals. As a result, the refuge is home to some of the best grassland, marsh, and forest habitats along the Pacific Flyway.

American Bittern and Gadwall nesting areas and those for Pied-billed Grebes, Hooded Mergansers, and Sandhill Crane nesting areas are all protected throughout the year, whether it is in the winter or spring. This wildlife refuge is an excellent place to watch red-eyed vireos as they make their way south to nest in the woods.

On Fernhill Wetlands’ 700 acres in Forest Grove, a Portland neighborhood, a 90-acre habitat restoration program has been implemented. It is run by Portland Audubon and Forest Grove together. An environmentally friendly sewage treatment facility was one of the project’s primary goals, which began in 2014 and has been ongoing since.

Animals like Virginia Rails and Sora are already showing signs of population growth. In the autumn, winter, and spring, waterfowl are abundant. They’re everywhere you look. This is a famous destination for birders in the area trying to spot migrating species because of the paths that lead to it.

If the Audubon Society of Portland has anything to say about birding in the area, it’s to go birding in Portland. Chestnut-backed chickadees, red-breasted nuthatch, and band-tailed pigeons can be seen on the property’s trails.

The rufous and Anna’s hummingbirds come to feed while the sanctuary is closed in the winter. There are numerous thrush species in the area.

The wetland takes its name from a large urban wetland formed by the merger of two nearby lakes. Pond lilies can be found in the shallows, but cottonwood and Oregon ash trees thrive in the wetland habitats here. A hydrologic control system was established in 2003 to restore water cycles and support waterfowl and fish populations on a heavily dredged, dumped, and levied landscape. While warehouses and other industrial facilities flank it, it is an important area for wetland restoration. The 40 Mile Loop bike path network and the city’s transportation system make it easy to get to and an excellent birdwatching location.

In addition to its pumpkin farms and busy beaches, Sauvie Island is noted for its many other attractions. Besides that, it’s one of Portland’s top spots for birdwatching. Greater Sauvie is home to several wildlife sanctuaries due to its location near two major watersheds.

There could be as many as 200,000 ducks there throughout the winter. Notable residents here include the Bald Eagle and Sandhill Crane. Around 30 different geese, ducks, and geese live in the area too.

The purpose of the wildlife center on the north coast is to help injured animals, educate the public about animals and their environments, and carry out scientific studies. Additionally, this organization serves Oregon’s north and central coast and the Columbia River Basin.

Animal care for indigenous wild birds and mammals, focusing on freshwater and marine species (waterfowl and seabirds). All around Oregon, you can take advantage of this service.