With more than 3,000 miles separating the two Portlands, they sit on the opposite ends of the US. Suppose you plan to visit or move to Portland; which one must you choose? The fundamental answer would depend on the person’s interests and preferences. Do you want an easy-going East Coast tour or have a beautiful time on the West Coast? The Atlantic or the Pacific? Are you up for a pretty New England charm or Northwestern cool?

These two places might be on either side of the United States. However, both Portlands also have their similarities. You will indeed have a great time in either, and it would also be ideal for you to visit both. Here is a simplified comparison between the two cities – their differences and similarities. 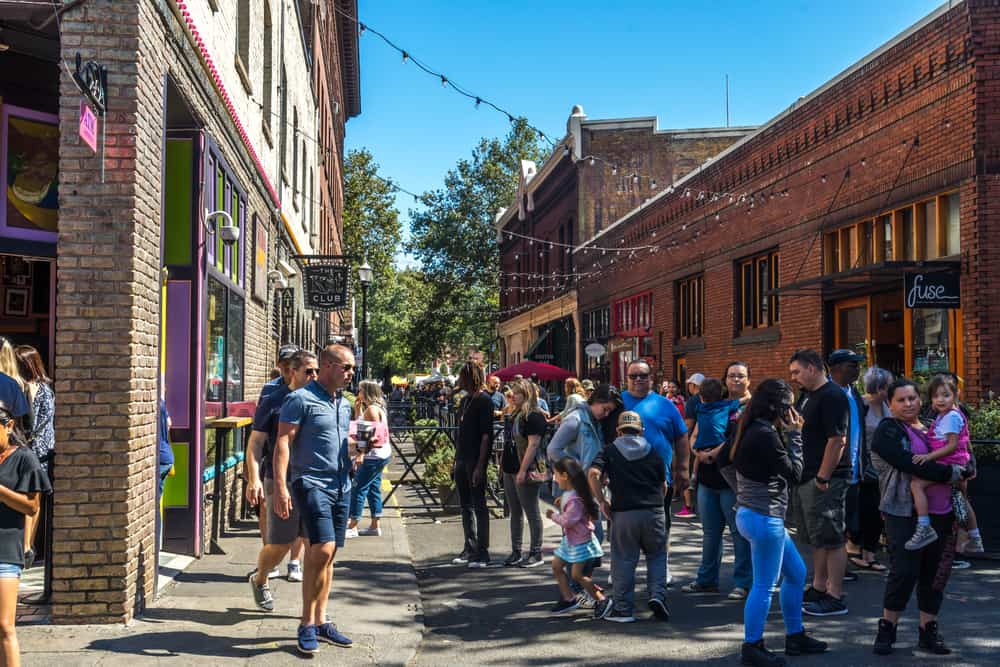 Both Portlands are known for their outdoor adventures, eco-friendliness, unique art scenes, inclement weather, and breweries. Portland, Oregon, might be the larger one in terms of population, but both are considered the largest cities in their respective states.

Portland, Maine, is approximately 200 years older than Portland, Oregon, and it is very evident in its architecture and art. The narrow roads and the colonial buildings of Maine’s most modern city show a stark contrast to its counterpart in Oregon, which displays funky public arts and Art Deco vibes. For historical arts paired with colorful street arts, go to Maine. If you opt for an edgier and more take on arts with a more contemporary and diverse vibe, head to Oregon.

Portland, Maine, has a population of more than 66,000, while one in Oregon is more than ten times populated with over 666,000 citizens. Neither Portland, Oregon nor Portland, Maine is a significantly big city. The former might be ideal for people who enjoy the faster pace and urban pursuits with the city’s live music scene and vibrant nightlife.

Meanwhile, the latter offers a small-town, homier vibe. Diversity wise, Portland, Oregon, heads the race with many Asian communities. Also, both cities have a median age of 35 years old, which could be ideal stomping gourds for the youth, and the young at heart.

Those looking forward to having four seasons in Portland, Oregon, might have to think otherwise. The city only has two seasons – short, clear, dry, warm summers and wet, very cold, and overcast winters. Meanwhile, you can trust Portland, Maine, to provide the dreamy four seasons for you – the stunning colors of the fall, blissful summers, snowy winters, and colorful springs.

Also, one might expect that Portland, Oregon, has more rain than Maine. It is the other way around. Oregon’s Portland incurs an average annual rainfall of approximately 42.8 inches, while Portland, Maine, has about 48.9 inches of rain every year. Maine has more with 61 inches in snowfall, while Oregon only 2.6 inches each year. 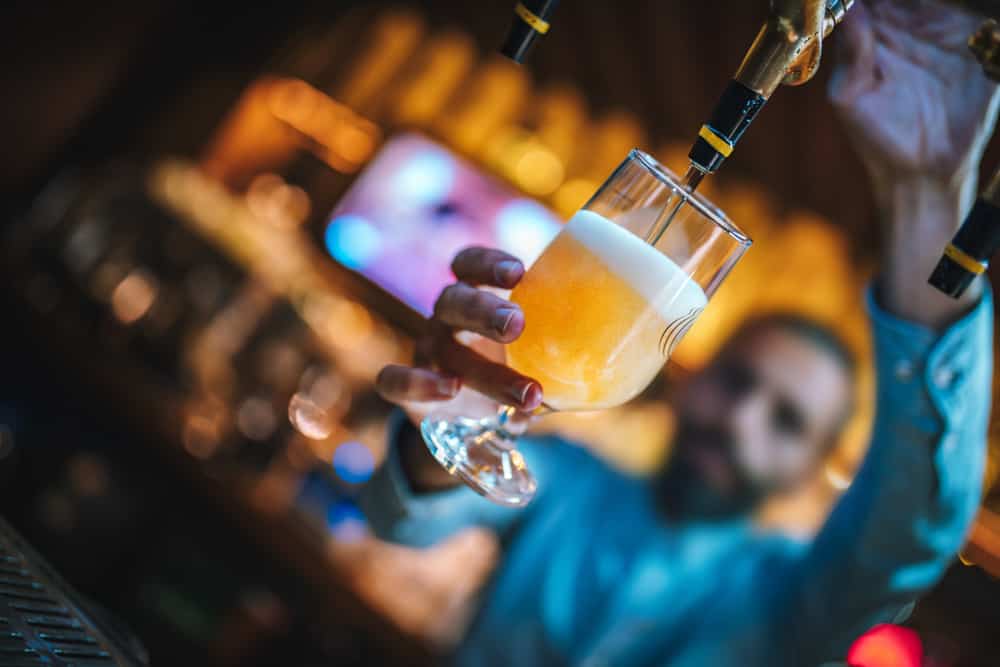 While several factors can affect someone’s living costs, one can expect a rent of approximately $1945 per month with monthly phone bills running at $139.40 and energy and utility bills at around $130.77 a month. In Portland, Oregon, buying a house might cost you $620,783 and can vary depending on the neighborhood or location.

Portland, Maine being the smaller city between the two, is likely to have lower living costs. Despite the town with a 13% higher living cost than the national average, Portland in Maine offers lesser rental rates than Oregon. 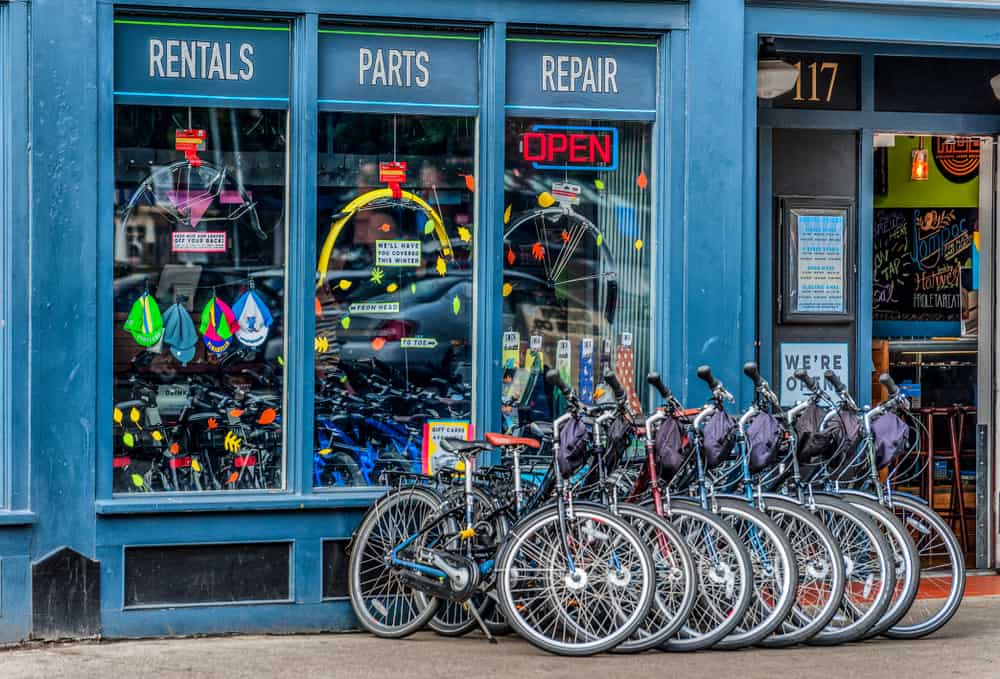 One can describe the city of Portland in Oregon as a lover of everything punk and LGBTQI-friendly. This is also why the city gets many hipsters and people who love punk and indie music. As it is being said, only a few to none of the Portlanders listen to anything on the Top 100 list.

Oregon’s Portland is also known for its independent bookstores, including the famous Powell’s City of Books which is considered the most used and largest bookstore globally. Strolling around the city will give you many excellent galleries and art museums.

If you are not much of a reader and an artistic individual, Portland, Maine, might be the ideal city. It is more for shoppers searching for the best bargains on stylish and sensible clothing with several factory outlets around the city. As you may know, the city’s history dates back to 1630; hence people also look for several museums and visit preserved buildings, especially history buffs.

Perhaps the most significant similarity between the two cities is their love for crafted beers. Portland holds the highest beer concentration in Maine. The town is home to giant brewing companies like Fore River and Sebago Brewing, to name a few. Meanwhile, Portland in Oregon, has more than seventy microbreweries dedicated to the craft of beer brewing. One never leaves these two cities without trying their beers.

Finally, people in Portland, Oregon, treat their coffee very seriously, with the city being regarded as the state’s coffee capital. 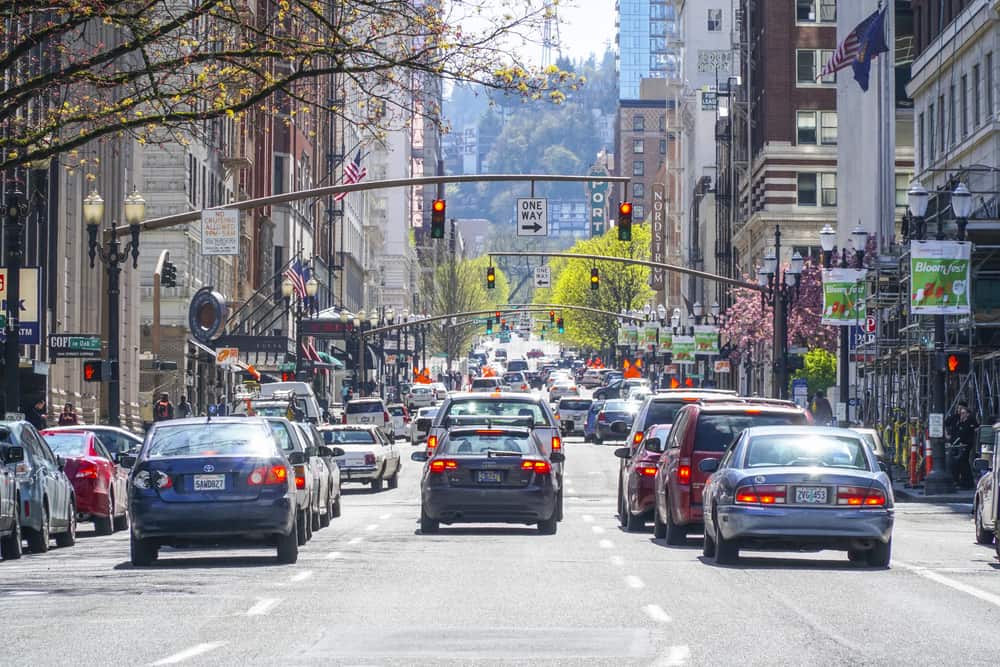 The streets of Portland, Oregon, look busier than that of Maine. Besides private and public vehicles, Portland advocates sustainability by providing bike lanes for those who opt to travel on two wheels.

The city is regarded as the most bike-friendly city in the US, with about 350 miles of bikeways. Getting around Oregon’s Portland might take commuters an average of 26 minutes. TriMet also runs light rail trains, commuter trains, and buses across the city.

The 26-minute commute time of Portland, Oregon, is already below the national average. However, Maine’s Portland has a lower and better commute time, averaging around 19 minutes. Close to 70% of the people in the city travel to and from work using private cars, while only three percent take mass transit. 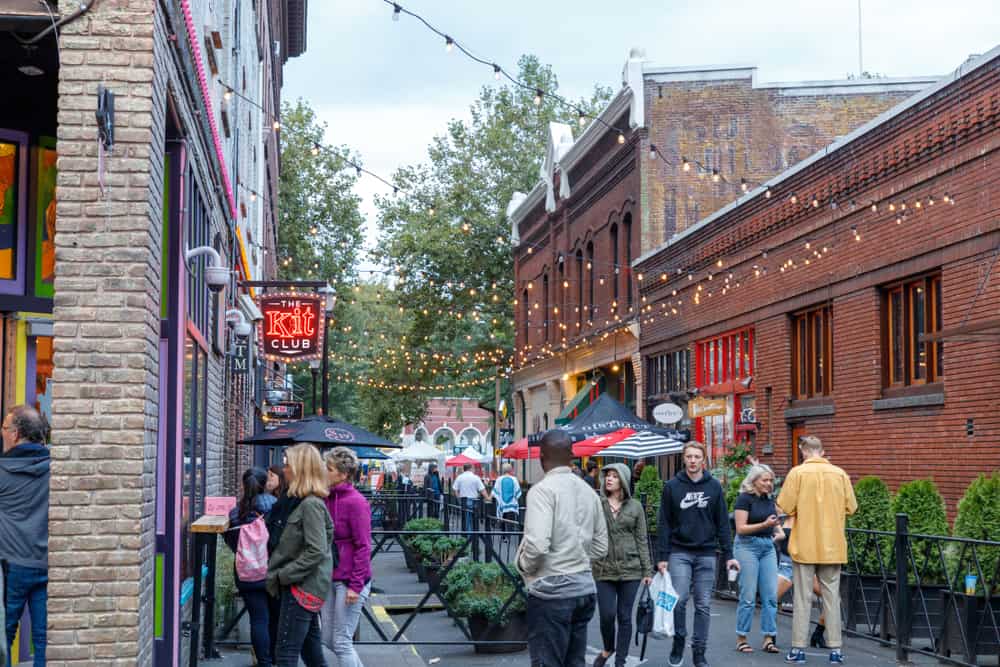 Portland, Maine’s D grade means that the crime is higher than the country’s average. While the city is generally safe, it is essential to note that property crimes account for 91% of recorded offenses. Property crimes include burglary, motor vehicle theft, and robbery.

Meanwhile, Oregon’s Portland might be the bigger city, but it has a fewer property crime rate than Maine’s. The city averages about 72% property crime rates. Violent crimes account for 21.7, which is slightly lower than the national average of 22.7.

Portland, Oregon vs Portland, Maine: Things to do and other attractions 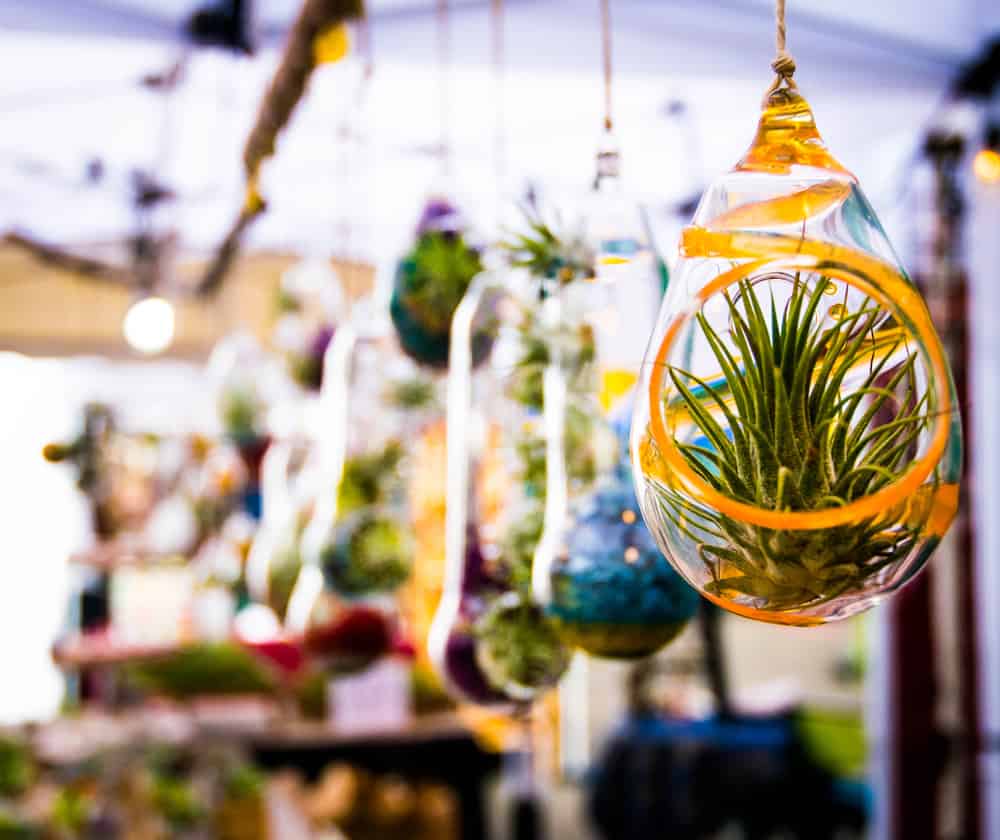 Besides coffee and beer, you should know that Portland, Oregon, is known for its inventive gastronomic scene, promoting sustainability. You can taste delicacies in food-carte fares, such as Korean fusion and vegan cupcakes, true to their unique, weird, and quirky tags. Enjoy various market fares featuring seasonally and locally sourced ingredients that support local farmers, growers, and businesses that employ ethical and sustainable processes.

And while you are in the city, delight yourself with the vibrant creative scenes from street arts to museums and art galleries. Read and buy books at Powell’s City of Books, stop at the Alberta Arts District, and try some sweets and pastries at Voodoo Doughnut. Additionally, you score great finds at the city’s Saturday Market and stroll along Pioneer Courthouse Square, 5th Avenue Food Cart Pod, Old Town Chinatown and the Portland Art Museum.

For sustainable food practices, go to Portland, Maine. The city’s public orchards and goat mowing echo Oregon’s sustainability efforts. As you explore the city, visit the Portland Art Museum, stroll along Old Port’s cobblestone streets, and try out some cuisine from the city’s bars and restaurants area. For architecture and history enthusiasts, explore the Victoria Mansion and Thompson’s point to experience nature and culture simultaneously. 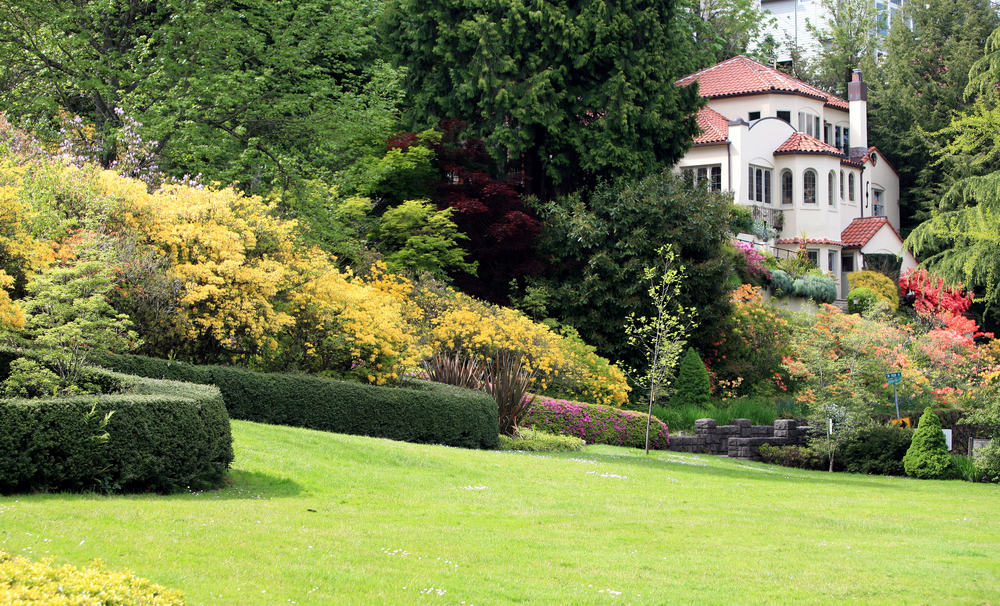 The two Portlands might sit at opposite points of the United States, but the two cities have the same mindset in maintaining their outdoor spaces conducive to several activities. Hiking and biking are some of the leading outdoor adventures in both cities.

If you want to explore the outdoors with a lesser crowd, Portland, Maine, is for you. The city has remote mountains, the Casco Bay islands and remote rivers and waterways are perfect for undisturbed swimming, kayaking, and hiking. Stroll along the rocky coastline of Spring Point Shoreways or get a far-off view of the city through Mackworth Island. 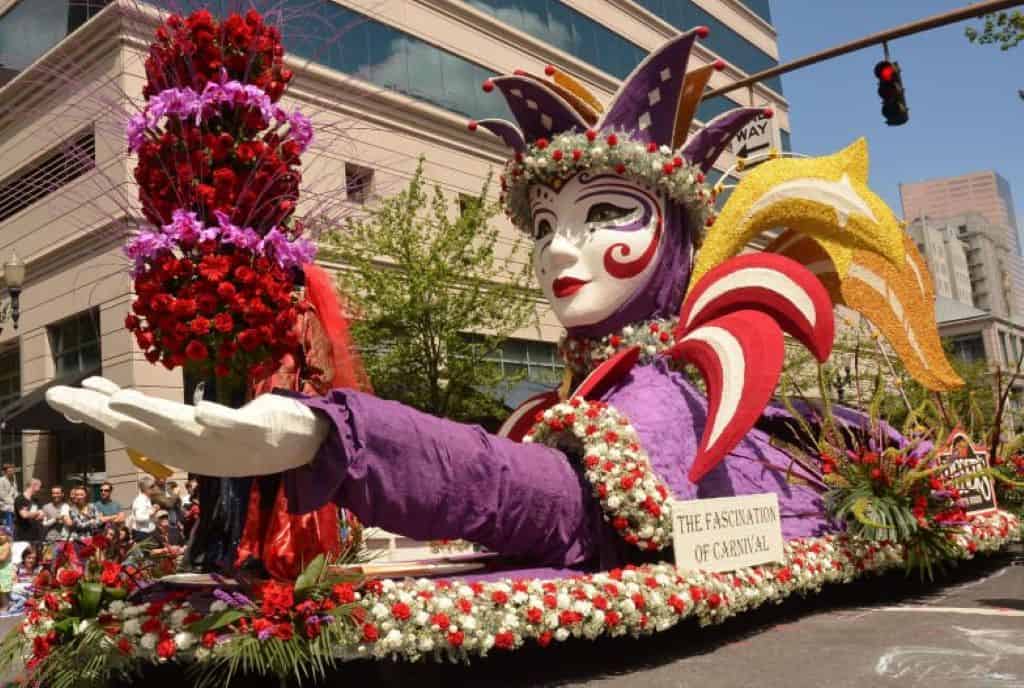 Both cities are known for housing famous art scenes and bustling downtowns. This is why they have some of the best street arts and museums. The works of Andy Warhol can be seen in the Portland Art Museum in Oregon and the Portland Museum of Art in Maine. However, Oregon’s display has more Native American, Asian, contemporary, and modern pieces.

On the other hand, Portland in Maine has the pieces and works of well-known European artists like Monet and Matisse. Colorful graffiti, sidewalk installations, and whimsical sculptures can undoubtedly be seen on the streets of the two Portlands.

In Portland, Oregon, people enjoy fire pits and live music at Mississippi Avenue’s patios and stages, gather at late-night beer gardens and food carts and show up in the city’s cultural, culinary, and art festivals. Follow the sound of live music through the hidden cobblestone streets of Portland, Maine. It is still the same fun but a more secretive one for Maine’s Portland. 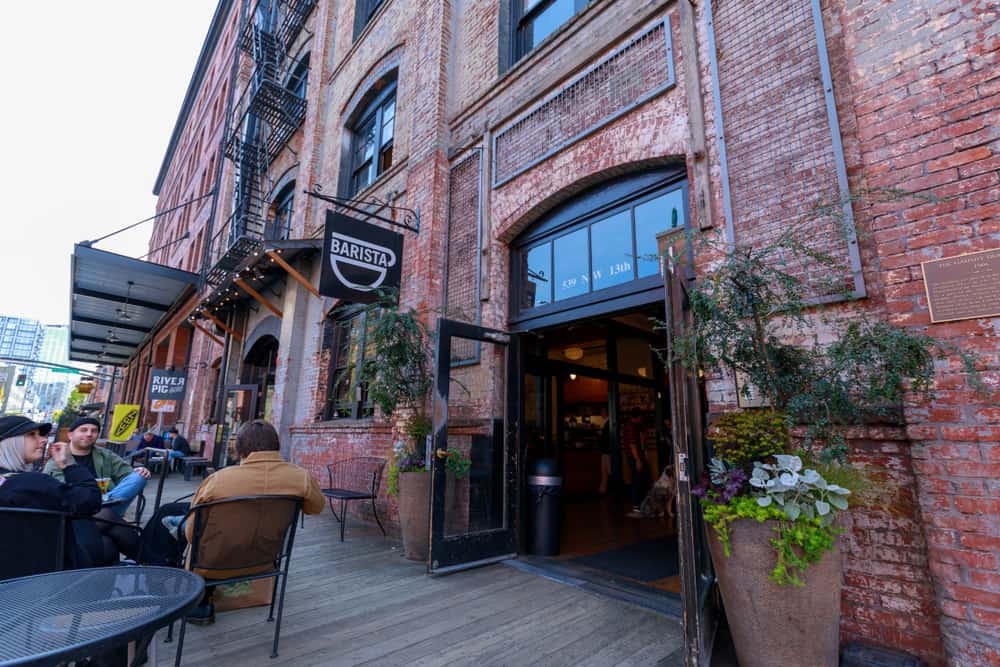 The Pearl District was once considered the art mecca of Portland in Oregon. The neighborhood has some of the best galleries and an ancient tradition called the First Thursday Street Gallery, where local galleries will open for hours while local artists gather on the streets to display their work.

Portland, Oregon’s oldest neighborhood is the Old Town Chinatown. People can stroll along these busy streets and explore tea houses, Chinese restaurants, and a traditional garden. This is the city’s original downtown with a streetwear shopping area and a lively entertainment venue.

The Back Cove is another notable neighborhood in Portland, Maine, bordered by Baxter Boulevard and a popular running trail. This neighborhood is away from the downtown bustle with quiet residential streets, ranch houses, and three-story Victorians. 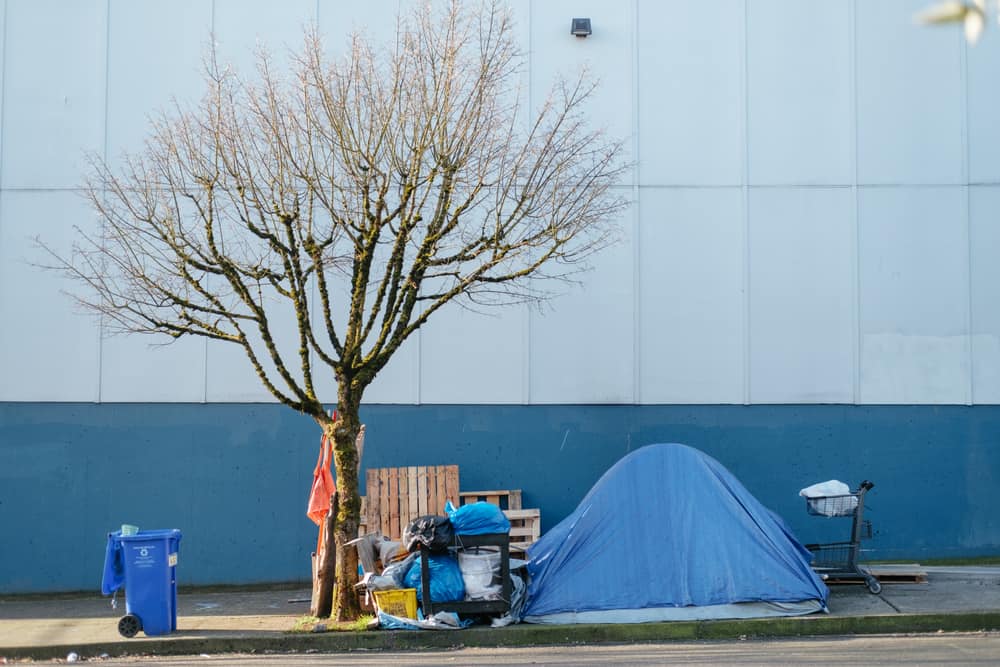 Regardless of the population, land area, and the city’s economic status, both Portlands from Oregon and Maine still face the risk of homelessness. There are several factors why, up until now, there is still a significant number of homeless individuals. The demand for more housing units, the low unemployment rate, and the global crises are factors affecting the increased homelessness rate.

The two Portlands from Maine and Oregon indeed share more similarities than differences. Hence it can be challenging to choose which Portland to choose. Besides the leisure and exciting lifestyle these two cities offer, it is quite noteworthy that Portland in Maine is much cheaper than Oregon. If you are on a tight budget and opt to live in a less crowded community, you can opt for Maine. If you seek the hustle and bustle of the metro, the one in Oregon might suit you well.