London. Home to Big Ben, Sherlock Holmes and more pub crawls than your wallet or liver could ever handle. It’s a remarkable city, boasting a population of over 8 million residents, making it the European Union’s most populous municipality, not to mention a fairly exciting place to live. Filmmakers have been showing you the different sides of London for decades, allowing you to fall in love with it. We’ve selected 10 of our favorite movies based in London that’ll have you hankering for a Camden Town Hells Lager and a basket of fish & chips and booking your flight to find your very own Hugh Grant… 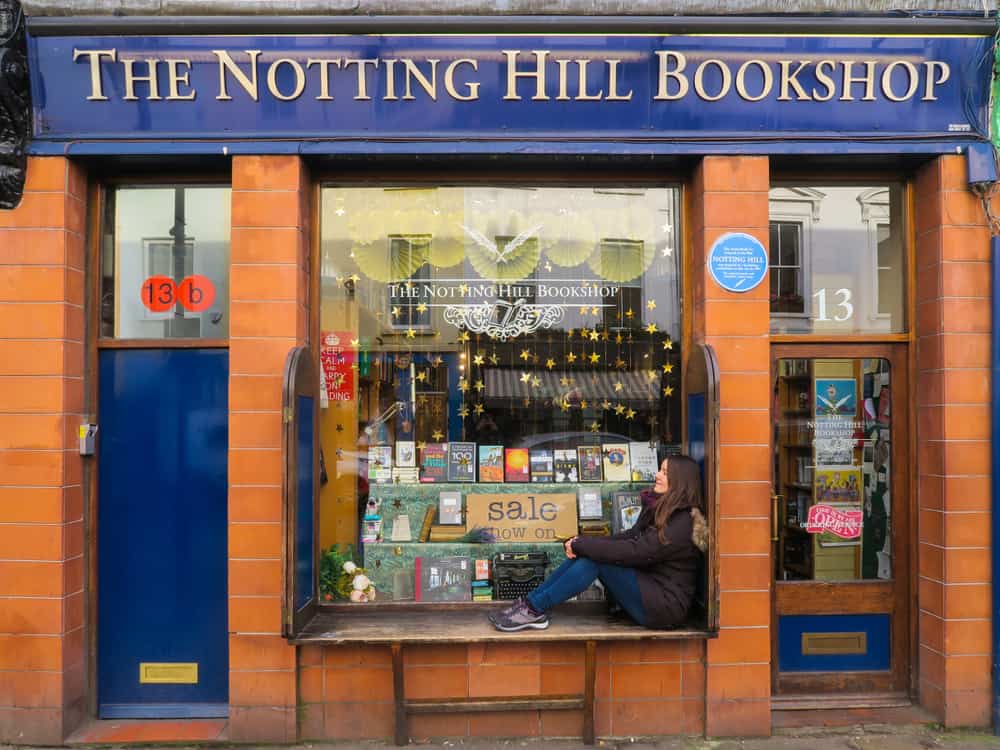 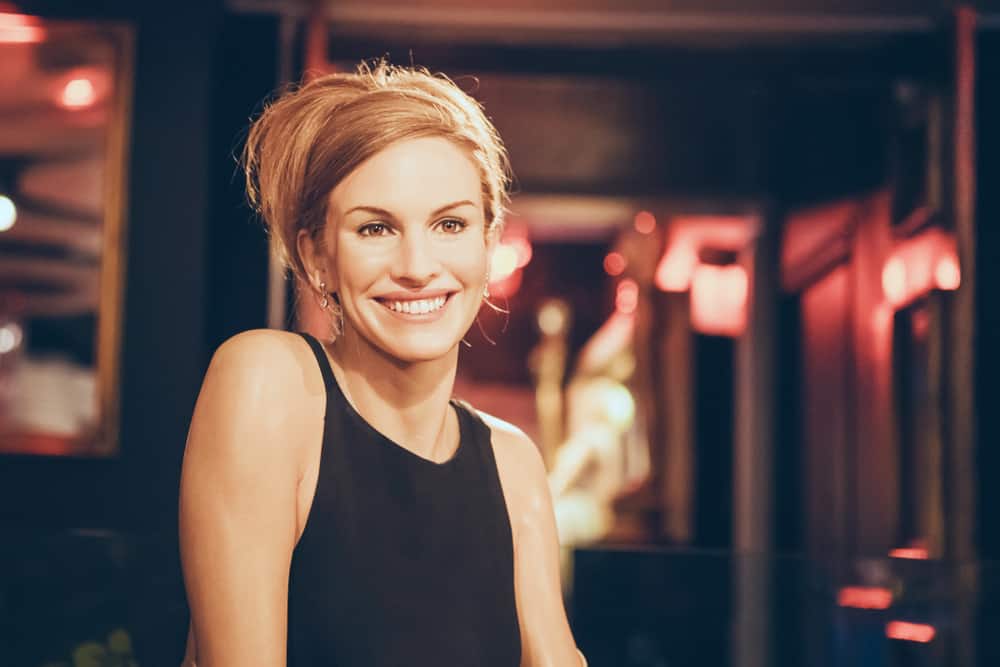 This late 90’s rom-com stars heartthrob Londoner Hugh Grant and American sweetheart Julia Roberts. The film, named after the urban chic London neighbourhood of the same name, finds bookshop keeper Will (Hugh) and movie star Anna (Roberts) serendipitously thrown into each other’s live, only to fall in love, break up, and find each other all over again. Hilarity ensues.

Now, if you find yourself walking around the cobblestone streets of the Hill, make sure to visit the infamous Portobello Road, home to the Portobello Market (one of the largest street markets in the world) or catch a film at the Coronet Cinema where Will watches Anna’s sci-fi movie. Other points of interest are the Nobu Restaurant – where Anna and William go on a delicious dinner date, the UCI Empire Cinema in Leicester Square – the theatre that screened Anna’s final premiere, or the Hempel Hotel’s Zen Garden – where Anna and William get hitched.

If you’ve ever wondered what Beatlemania looked like first hand, just check out A Hard Day’s Night, the black-and-white comedy and pseudo-documentary of the Fab Four. You’ll see Paul, John and the gang wandering through various parts of the city in search for a little peace and quiet.

Ringo strolls about the embankment on the Thames, including the Putney Towpath, giving us an interesting walking-tour of the river. Go walking down Charlotte Street in Fitzrovia, picture yourself on a train in Marylebone Station, or dance the night away at the Garrison Room inside of Les Ambassadeurs Club. And kudos if you got all those Beatles song references! 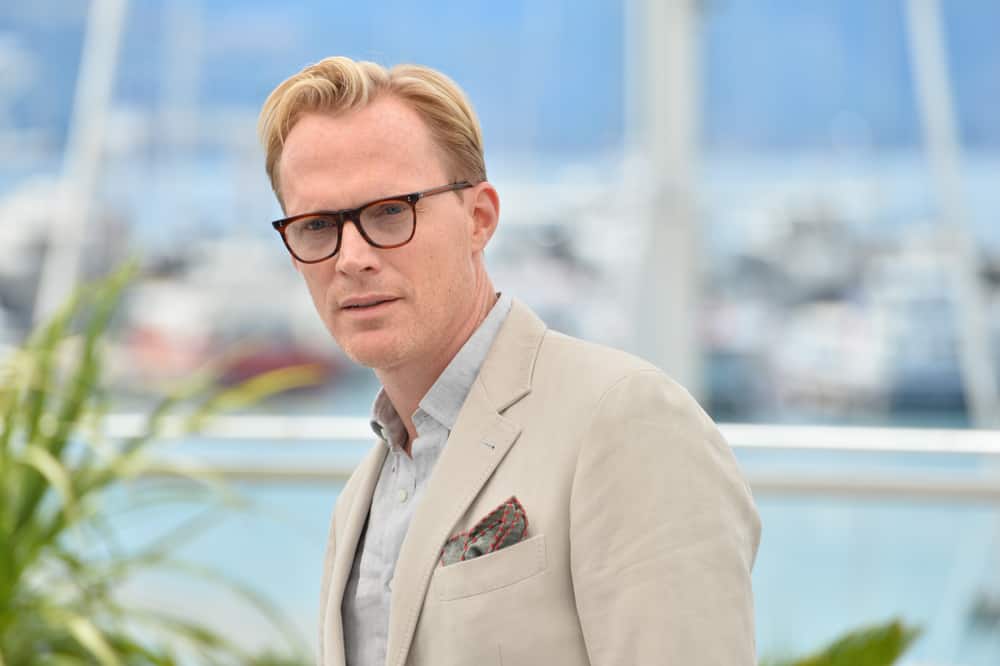 Paul Bettany stars as Peter, a semi-washed up professional tennis star going through a slump. That is, until he meets Lizzie (Kirsten Dunst), a young American athlete on the women’s circuit at the Wimbledon Tournament. Tennis lovers will undoubtedly enjoy the film, if not for the chemistry between Bettany and Dunst, then definitely for the footage of the actual 2003 Championships.

If you’re looking to visit other film locations, take a ride on the London Eye, one of the world’s most recognizable ferris wheels, make a wish at the fountain in Kensington Gardens or wander around Charles Street, where Peter hands out of a window in one scene. There are also some lovely panoramic shots of London included in the film that will certainly inspire you to visit. 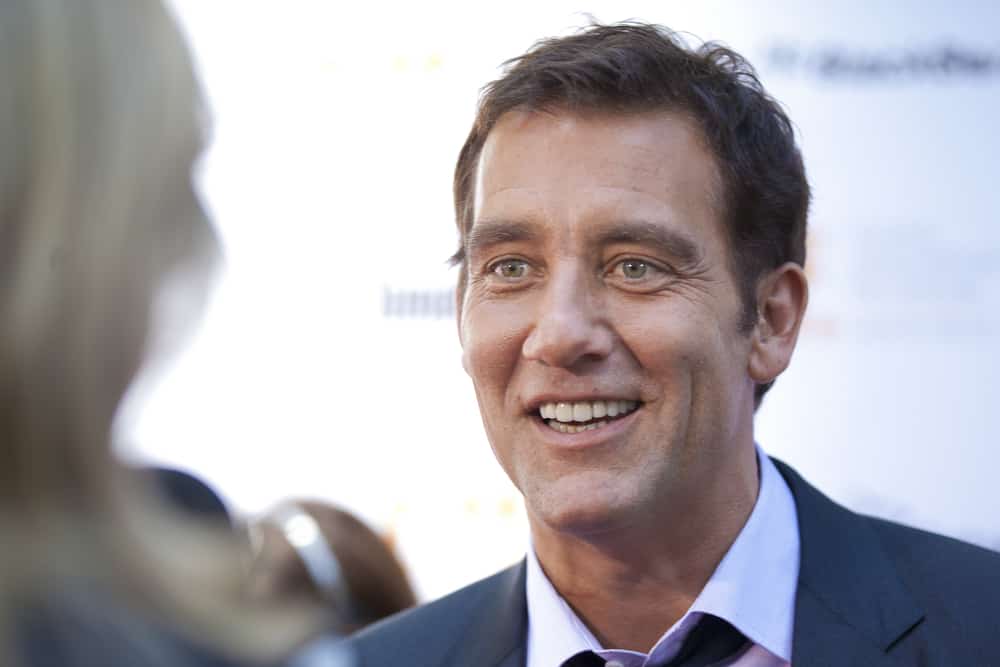 This is our second Julia Robert’s film, and also stars Clive Owen, Jude Law, and Natalie Portman. A group of sexy London residents all-loving and hurting each other in the pursuit of true love, or whatever they think is true love. You’ll get plenty of views of the streets of London, including another look at the River Thames. Remember the infamous place where Larry (Owen) and Anna (Roberts) meet after some meddling from a computer-savvy Dan (Law)? That was the London Aquarium, housed in County Hall.

In between the sex, lies, and betrayal, we also get to check out some of Southampton Place in Bloomsbury, the Renaissance London Heathrow Hotel, and the Theatre Royal, also known as Drury Lane, a theater in the West End. You’ll also get to see Natalie Portman stripping and Jude Law crying more obnoxiously than ever, so it’s a total win-win here!

This Year’s Love tells the complicated love story of Hannah (Annabelle Apsion) and Danny (Richard Armitage), whose marriage gets off to a rocky start when a shocking announcement is made at their wedding reception: Hannah, the bride, has been secretly having an affair with her best friend’s husband.

The incident stirs up not only their lives, but the lives of several of their friends and acquaintances, all looking to fall in love, and make some sense of their lives. The group of thirtysomethings wander the streets, shops, and bars of Camden Town, a bohemian wonderland in northwest London. If you’re considering a longer stay in this part of London, it’s a fun film to check out and will give you an insider’s look at daily life in Camden Town. At least, how it was back in the last 1990’s.

The most practically perfect nanny in England takes a trip to the city of London by way of magical umbrella at the start of this epic children’s film. Although none of the film was actually shot in London, the sets designed for this film were believable enough to transport kids of all ages to the home of the ever-falling London Bridge.

The incredibly talented Julie Andrews stars as Mary, along with her multi-talented Cockney pal, Bert (Dick Van Dyke). Mary Poppins makes you wish you had an English nanny, even if you’ve been taking care of yourself for twenty years. Although you may not be able to find a screever whose painting you can jump in to and suddenly find yourself having a jolly holiday in an animated countryside, the film does expose you to a little British culture, i.e. the traditional fox hunt, having afternoon tea, or even going to fly a kite. 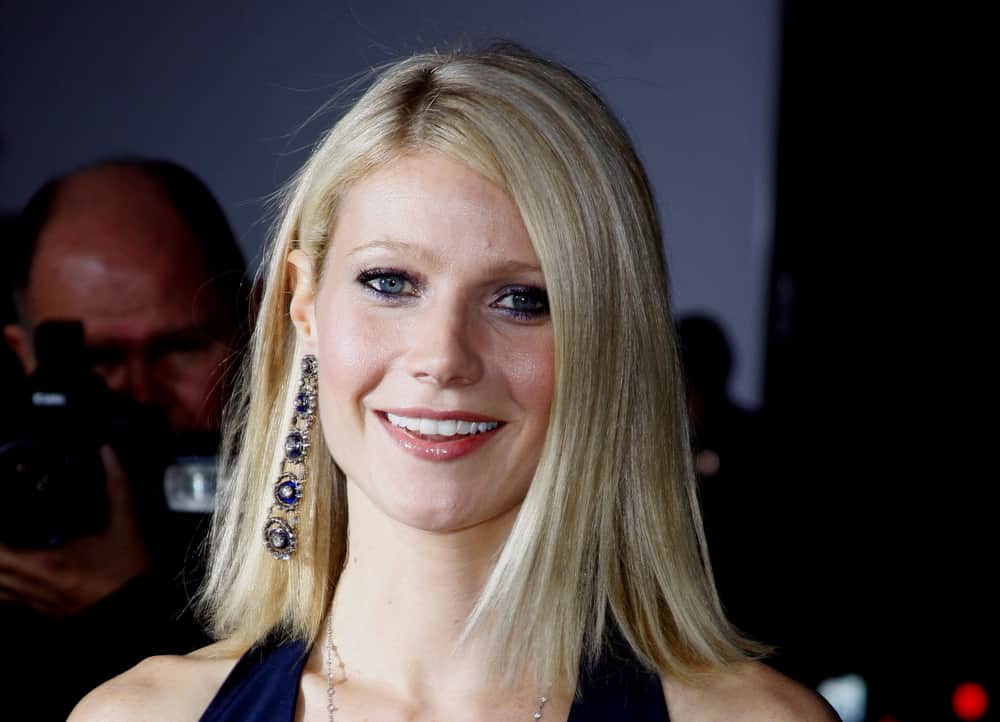 Gwyneth Paltrow stars as a woman whose romantic and professional lives could change simply by her ability to catch a particular train. The film allows you to see what Helen’s (Paltrow’s) life would be like from both sides of the sliding door. Waterloo Underground, Bank Underground and Fulham Broadway Underground Stations both make grand appearances in this film, granting us a better look at the Tube, as Londoners might call it.

If you’re anywhere near Trinity Bouy Wharf, you could grab some lunch at Fatboy’s Diner, where Helen and James’ first date takes place. If you’re a die-hard Sliding Doors fan (we’re sure there’s one of you out there reading right now!), you might even want to visit Helen’s apartment at 39 Leinster Square, Anna’s flat at 29 Primrose Gardens in Belsize Park, or even Bertorelli’s Restaurant, where Paltrow’s character lands a job. 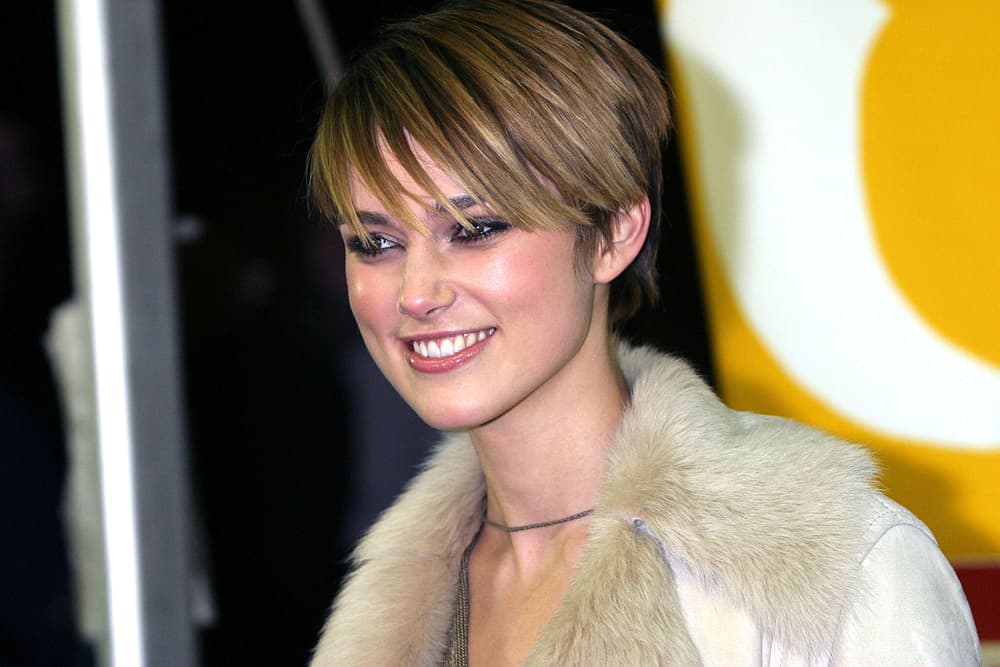 I only watch Love Actually once a year at Christmas time, but this is a film you’d certainly want to check out if you wanted to catch a better glimpse of England’s capital, especially around December. The movie itself, starring Hugh Grant (again), Emma Thompson, Liam Neeson, Keira Knightly, and the list goes on, tells the interconnected story of several  Londoners falling in and out of love during the holidays.

The Elliott School at the Pullman Gardens is where we see the Nativity concert from the film, and Peter and Juliet’s wedding (spoiler! Sorry!) takes place at Grosvenor, an adorable little chapel on South Audley Street. Other points of interest as seen in the movie include the Chelsea Bridge, Oxford Street, Hyde Park, Tate Modern, Canary Wharf… Need we go on?

For every woman that has finally decided to give up smoking, drinking, and falling for b*****ds – this is the film for you. Bridget Jones is just like anyone else, looking to improve herself but finding it rather difficult with life (and irresistible but not always nice men) getting in the way. She gives every woman, and certainly every Singleton, a peek at London for the TV dinner, party-of-one crowd.

Although the movie does go a bit all over different parts of England, there were many scenes filmed on location in London as well, like the Royal Courts of Justice, for one, and Liverpool Street Station, for another. Picadilly Circus is also featured prominently, complete with theaters, shops and illuminated signs, which all draw quite a crowd. And yes, Bridget’s boss just so happens to be Mr. London himself, Hugh Grant, in his third appearance on this list. Perhaps he’s another good reason you should visit London. Only you can decide that!

We couldn’t make a list of London-based films without including at least one Bond, of course. Skyfall being the latest in the series, we see Bond’s loyalty to M put to the ultimate test. Starring Daniel Craig as our favorite new hot 007 and Javier Bardem as Silva, Skyfall brings us London as Mr. Bond would see it – from hidden doorways to lengthy free falls and other incredibly unique perspectives.

Walk down Great Suffolk Street in Holborn and try and find the new, hidden entrance to the MI6 headquarters. Visit the Broadgate Tower or go out to Parliament Square where Bond and Silva have a rousing chase scene. Visit Primrose Street and see where Bond visited one of his hitmen or check out the famous Ten Trinity Square. You can even visit the actual SIS Building, the headquarters for the British Secret Intelligence Service while you’re at it!

With free museums, plenty of parks, trendy hotels, good shopping, lots of affordable markets, plus bars, attractions and more, it’s no wonder so many films have paid homage to this bustling metropolis, just make sure you visit soon!

Top 10 places to visit in Los Angeles for travel snobs

Top 10 Most Beautiful Surf Spots In The World

20 Of The Most Beautiful Places To Visit In Ireland