Manchester city centre has more than enough to keep you entertained for the duration of your stay. Those eager to explore beyond the inner ring road of England’s second city will discover an extensive patchwork of colourful neighbourhoods. 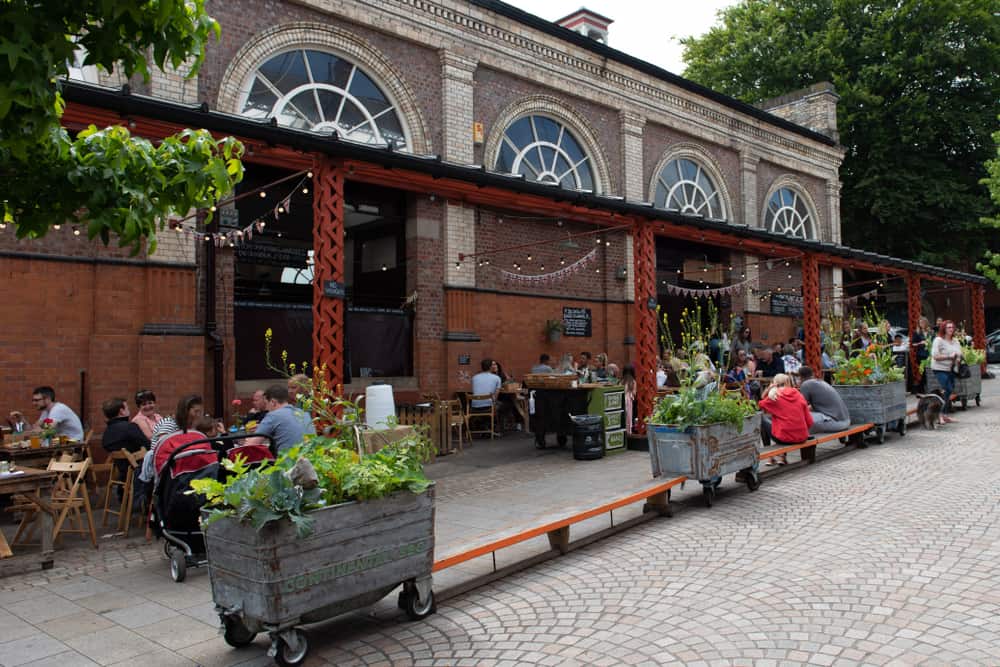 Altrincham has morphed from an affluent town with the UK’s highest ratio of empty shops, to a hotspot thrumming with life. Even before the Market House reopened to deserved fanfare as a must-eat foodie hangout in 2014, the area around Greenwood Street and Shaw’s Road paved the way for Alty’s renaissance. Mort Subite, the atmospheric candle-lit Belgian beer basement – housed in a former mortuary, no less – has been a mainstay and fostered a fervent cult following of its own.

The weekend outdoor market is now the busiest it’s ever been, with shoppers dashing for shade beneath the parasols of the dozens of bars, cafes and restaurants that cluster in its immediate vicinity.

It isn’t all eating, drinking and making merry, though. Dunham Massey, a verdant country estate a couple of miles from the town centre, is your best opportunity for spotting deer in Greater Manchester. In fact, you really can’t miss them as the photogenic, two hundred-strong herd are everywhere. The in-house sorbets from the cafe are outstanding, too.

In Hale, a mile-or-so uphill, the celebs are almost as ubiquitous as Dunham Massey’s fallow deer. 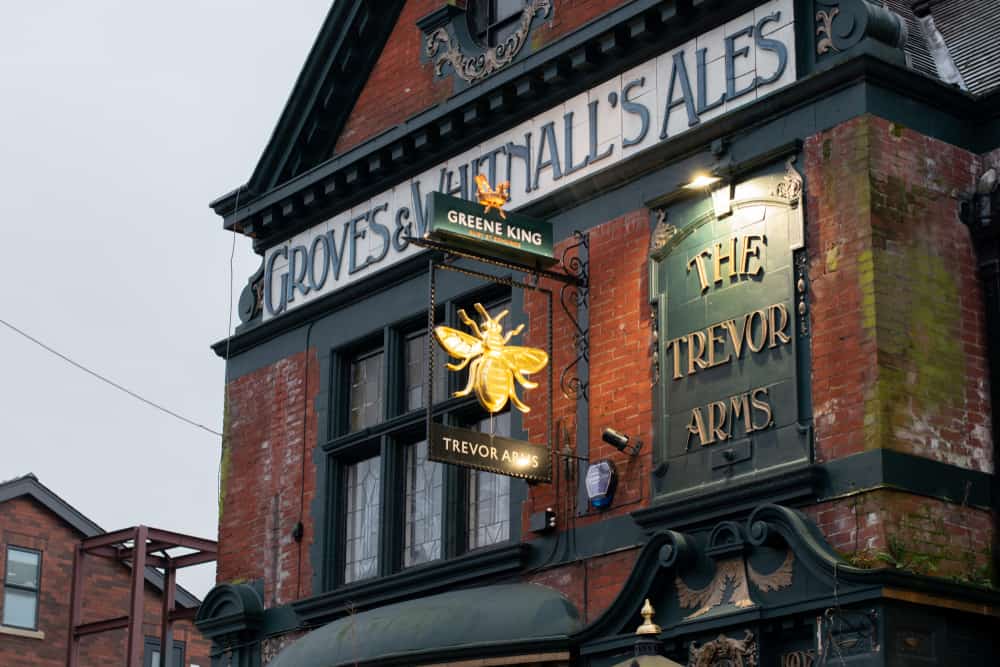 Death and taxes are life’s two certainties. The third is that Chorlton is where graduates will want to live and party through their twenties. Home prices are astronomical here, so its grand Victorian terraces play host to hundreds of house shares, heaving with artsy idealism and frayed overdrafts.

The Chorltonville preservation area is perhaps Manchester’s cutest corner. A double distillation of homeliness and expensive cafes with single-word names and fancy fontwork. The cakes, though. The cakes.

Chorlton and Sale’s twin water parks lie on opposite banks of the River Mersey, while West Didsbury & Chorlton FC have embraced the local community and become one of the best-supported non-league clubs in the country at their level – six divisions below the Football League.

Although Chorlton has become famed for its nightlife in recent years, it was also home to the Cosgrove Hall animation studio. It created kids’ TV classics such as Danger Mouse, Count Duckula, and of course, Chorlton and the Wheelies. 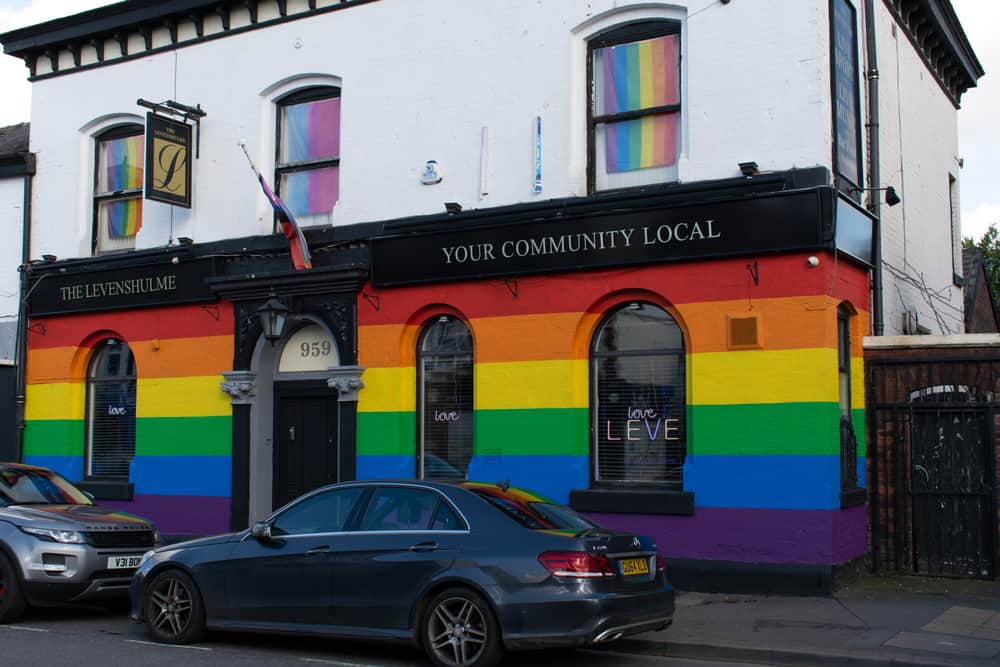 Midway between Manchester city centre and Stockport, and long-touted as ‘up and coming’, Levenshulme has finally arrived.

Its artisan Saturday market, held on the car park next to the railway station, was the catalyst for decisive change when it opened in 2013. A trickle of young professionals priced out of Chorlton and Didsbury turned into a gush, and although it took a while for the inevitable craft beer bars to open, multi award-winning cafe, Trove – which pre-dated the market by a couple of years – now has Long Boi’s, Isca, and Bread for company.

The unexpected star of the show, though, is the Levenshulme Bakery.

Queues stretch along the edgier northern stretch of Stockport Road at all hours for its outstanding Middle Eastern comfort food. From fatayer to burek via the undisputed greatest chicken shawarmas in the city, they’re all served at near-enough giveaway prices.

Rail: 5 minutes and one stop from Manchester Piccadilly 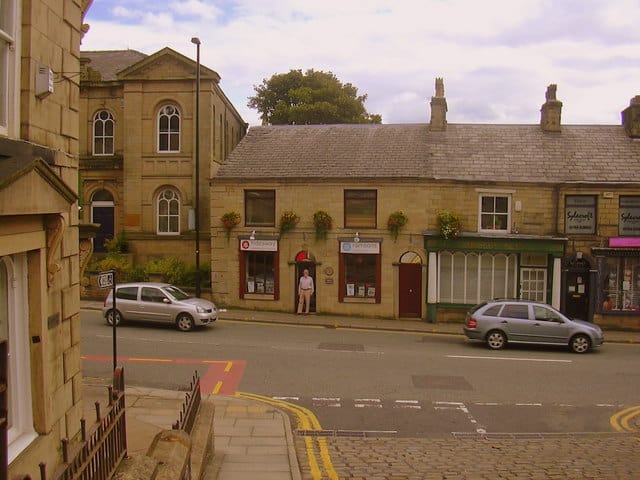 There’s no better way to reach Ramsbottom than in a carriage on the East Lancashire Railway. A heritage line with lovingly restored carriages and chugging steam trains, there’s a sense of occasion every time you step onto the platform.

Oddly enough, perhaps the most serene part of town is in the main stand at Ramsbottom United. The Harry Williams Riverside Stadium takes its name from the football club’s founder and the River Irwell, which is in full picturesque flush behind you as it burbles over rocky shallows. A wooded hillside is away to the right, while the expanse of the local cricket club lies straight ahead. If you crane your neck, you might make out the Peel Monument high above the railway, whose locos puff away behind the goal to the left.

Something of a foodie refuge, Rammy’s culinary reputation precedes it. From the modern Northern cuisine of The Hungry Duck to the Basque flair of Baratxuri, you won’t need to look too hard for a memorable meal.

Train: The East Lancashire Railway delivers passengers on an old steam train. It runs from Heywood to Rawtenstall, although most passengers embark at Bury. 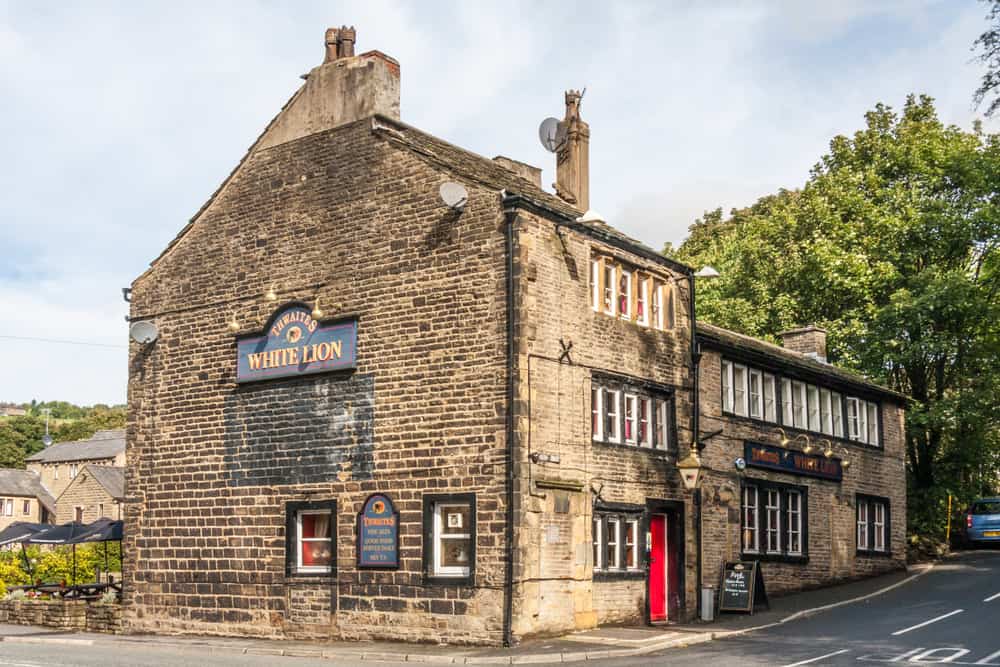 Clinging to the cleft of a Pennine valley gnawed out by the River Tame, Uppermill is a Greater Manchester village masquerading as an isolated countryside retreat. It’s the chief settlement of Saddleworth, an area that was under the jurisdiction of the white rose of West Yorkshire until 1974. It’s a boundary change that still rankles with many older residents.

The surrounding hills are prime walking territory, with the thermals kicking up off them provide ample lift for the paragliders who soar above. The hourly 350 bus that shuttles along the High Street is ideal for fitting in a leisurely pub crawl to nearby Dobcross and Delph.

Train: 20 minutes from Manchester Victoria to Greenfield, a 10-minute walk away 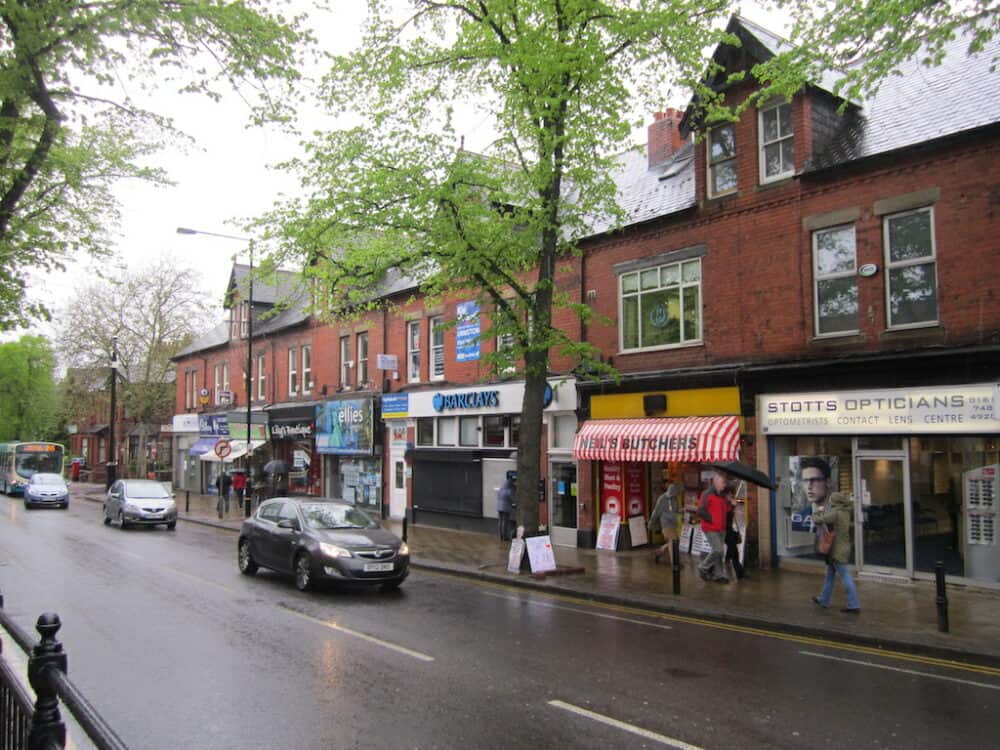 Urmston has quietly and progressively improved its standing over the years. Not as reliant on chains as Sale on the other side of the River Mersey, or as insular as swanky Monton just beyond the Manchester Ship Canal, it has carved its own niche as Trafford’s if-you-know-you-know suburb.

That it has prospered at all within the all-encompassing gravity of the Trafford Centre – one of Europe’s largest shopping centres – is testament to the guile of the locals. Urmston is a haven of independent traders, cocking a snook at the retail behemoths just over a mile away.

The filthy burgers and wings at Get Clucked are the stuff of Mancunian food legend, while the drink options run the gamut from Wetherspoons to relaxed grape afficionados, Kelder Wines. As with Levenshulme, the change of pace has been too rapid for some, but Urmston is a place revitalised. 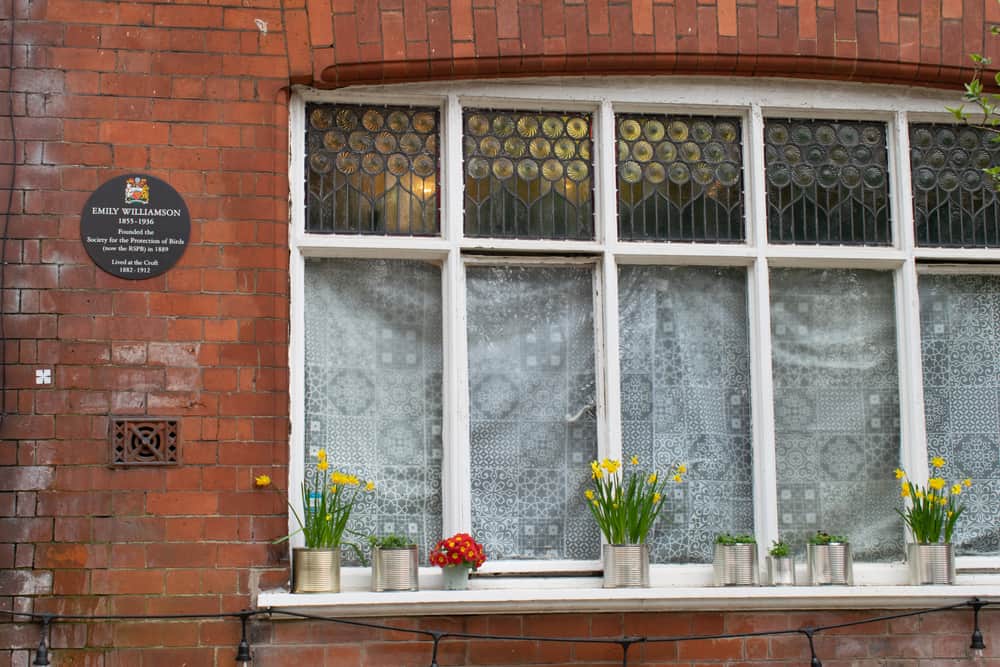 “I can’t believe it,” a friend told me while visiting West Didsbury for the first time in fifteen years. “A bloke got shot outside my house the week we moved in, now look at the place.”

West Didsbury has always had an uneasy relationship with flashy Didsbury proper, a fifteen-minute walk away. It was the grubby junior partner a couple of decades ago, but has stepped out of its neighbour’s shadows with a compact run of impressive independent shops, bars and restaurants at the intersection of Burton Road and Lapwing Lane. It’s the perfect antidote to the chains and corporate sheen just up the road.

Vegetarian restaurant, Greens, owned by celebrity chef Simon Rimmer since 1990, never disappoints. Neither does the nearby Railway Inn, a traditional Joseph Holt’s pub, which is the unlikely home to some of the best underground gigs in the north. 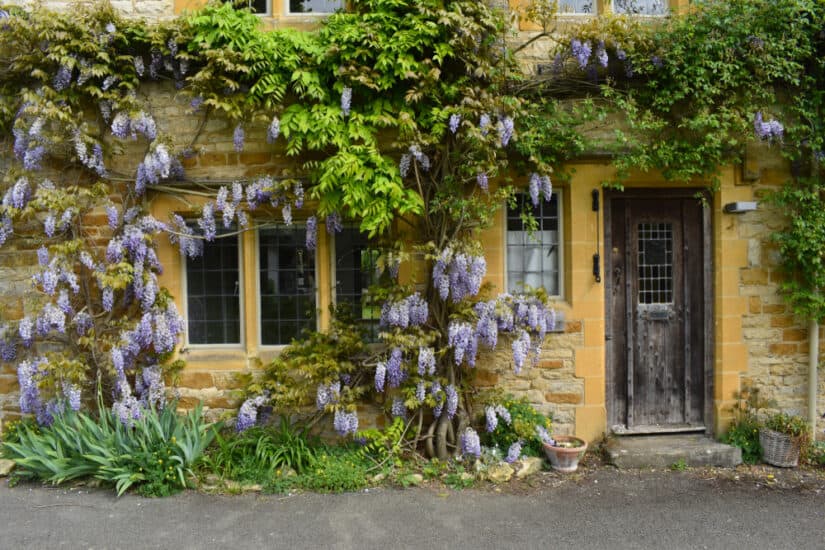 20 beautiful places to visit in Oxfordshire 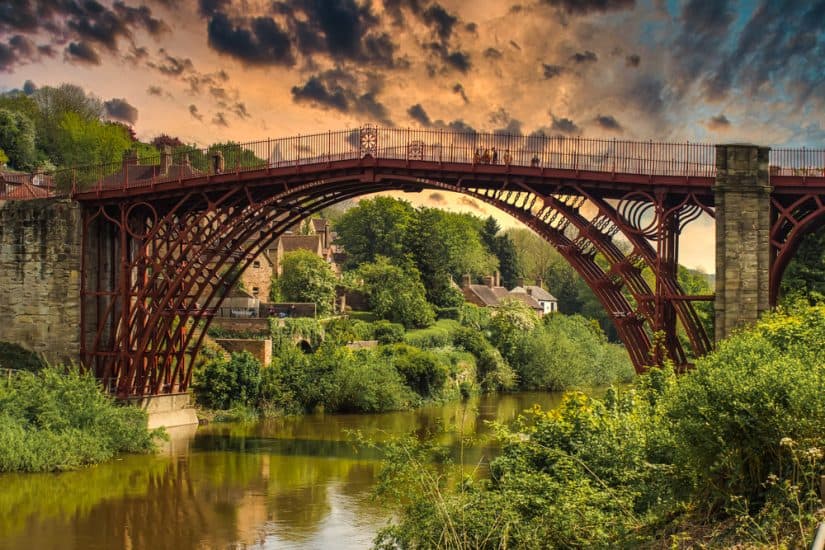 Top 17 Most Beautiful Places to Visit in Shropshire