Perhaps it’s showing my age a little but I remember a time when Andrew Lloyd Webber’s famous musical seemed to rule the eighties. All power ballads, big hair and high drama, everyone knew at least one of the show’s tunes and there were plenty of tales about obsessive multiple viewings (apparently even Princess Diana was a super-fan had seen it many times from the comfort of the Royal Box).

Although it was always something I wanted to see, I had never actually made it to Phantom. Fast forward a few decades and the lovely people at City Wonders invited us to try their VIP Phantom of the Opera tour complete with a guided walk around theatreland, a sociable group dinner, a backstage tour and some of the best seats in the actual performance. There was just no way I was going to pass up this opportunity…

Meeting outside Her Majesty’s Theatre on Shaftesbury Avenue, our afternoon started with affable guide Phil taking us through the buzzing area around Shaftesbury Avenue regaling stories of historic theatre land which included frisky ghosts (who apparently went round pinching actor’s bottoms), the rivalry between theatres about who has the longest-running show and famous cats – the Globe’s resident pet ‘Beerbohm’ became the only cat to receive a front-page obituary in actor’s publication The Stage. 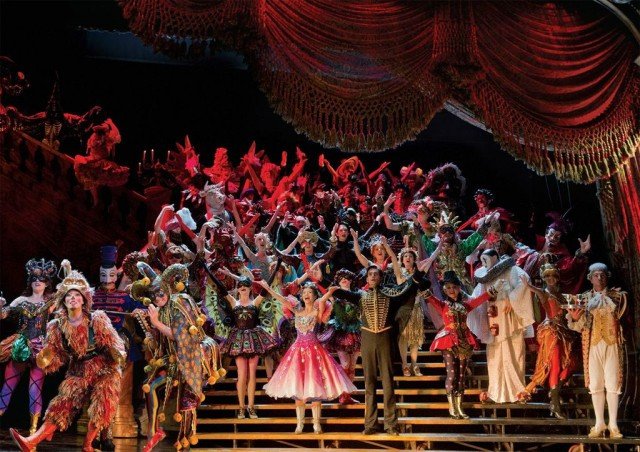 Next came the part of the tour most of our group had been waiting for – the backstage bit. We were handed over to two charming members of staff who whisked us around the historic – and now Grade II listed – backstage of Her Majesty’s Theatre, while actors practiced their lines preparing for that night’s show and technicians carefully checked equipment. We learned about the show’s complex logistics, the no expense spared costumes where silks are imported from India (and dresses can weigh up to two stone) and the safety issues of having 27 tonnes of equipment hovering high above the stage.

Of course like any good tour, there were also plenty of amusing anecdotes. We were shown a bit the scenery which was recently signed by and now called “The Hoff” and listened how many an actor suffered bruised ribs (and probably also a bruised ego) from misjudging the leap through one particular dicy trapdoor. We were even told just how furious original Phantom actor Michael Crawford became when a technical fault once left him having to punt backwards in the iconic boat scene. 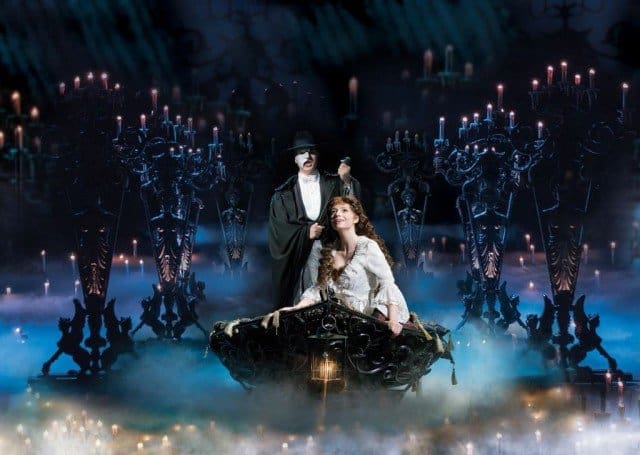 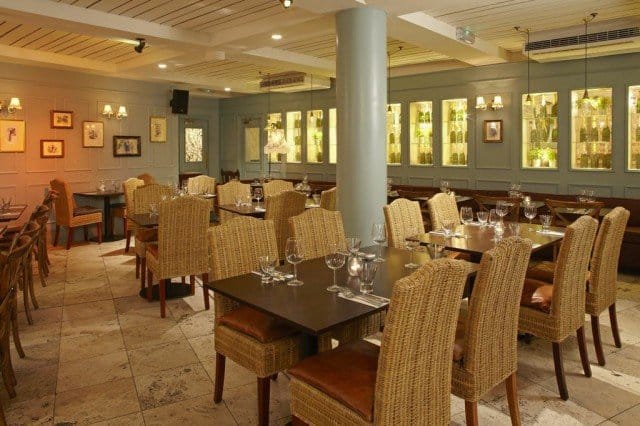 Next, we swapped stories over a faultless pre-theatre dinner at the stylish Grace Bar in Piccadilly and then headed back to Her Majesty’s theatre to take up our seats in the much-coveted front row of the Royal Circle. I’m not going to give the plot away but you’ll probably know by now it’s an emotional affair with beautiful opera singers with equally beautiful voices, a mysterious masked lead and powerful heart-stopping songs. And of course, that famous boat scene.

For a fun, informative afternoon and evening out in London filled with tantalising backstage secrets and gorgeously lavish entertainment then definitely give the City Wonders Phantom tour a whirl. Although be warned, the songs will stick in your head like glue…

The VIP Phantom of the Opera Experience 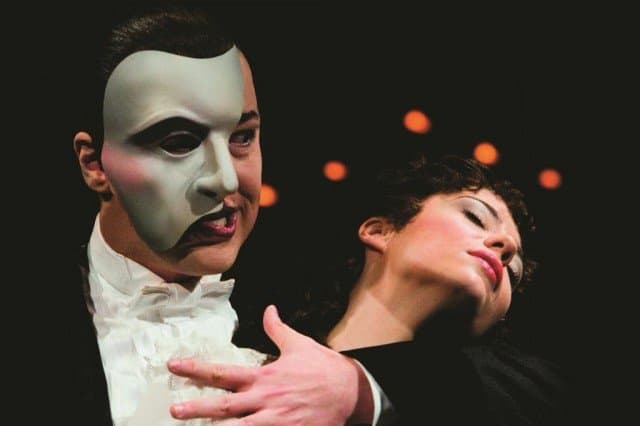 The tour with City Wonders currently costs £105 ( normal price £150). This includes a two-course set dinner, a guided tour around theatreland, a London backstage tour and seats in the Royal Circle. 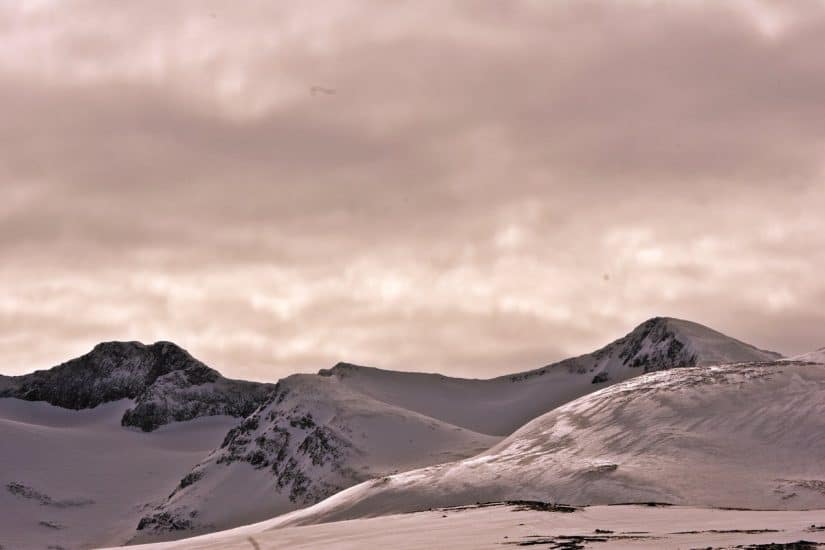 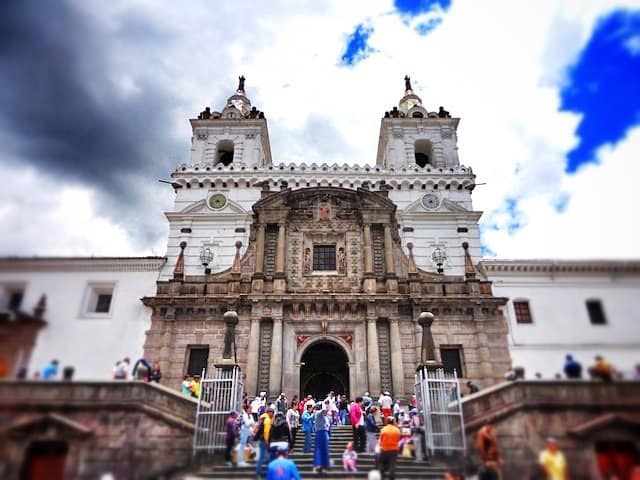 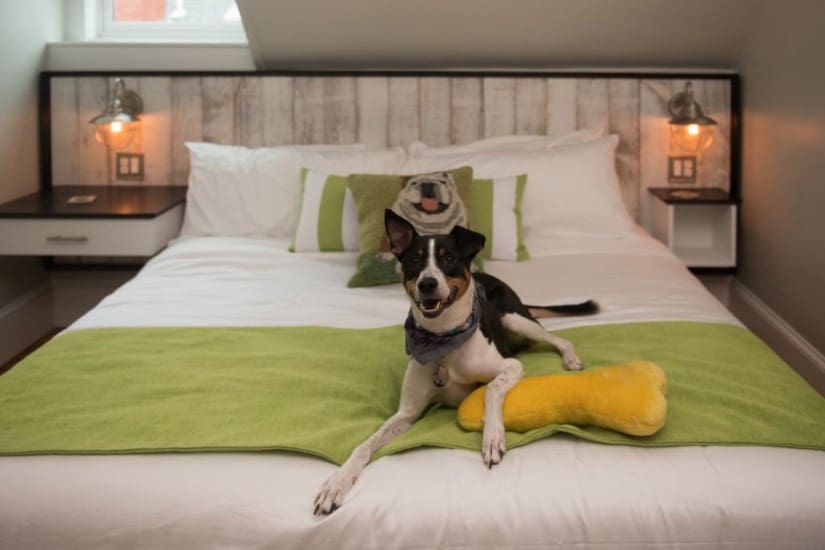