Despite their remote location off the west coast of mainland Ecuador, the Galapagos Islands are definitely having a moment. As you’d expect from an archipelago that inspired the works of Charles Darwin, there is a wonderful array of marine, bird and avian life with amazing animals almost everywhere you look. The striking landscapes and laid-back towns also contribute to making the Galapagos Islands a truly special destination. Here the best and most beautiful places to visit in the Galapagos Islands… 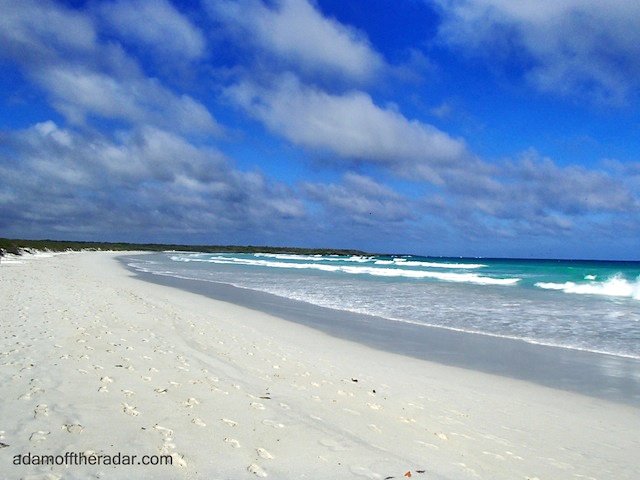 Arguably the finest beach in the Galapagos – or anywhere else for that matter – Tortuga Bay is an idyllic stretch of powder-white sand just outside Puerto Ayora on Santa Cruz. It’s not the most easily accessible beach, but the forty minute walk along the boardwalk that leads from the gatehouse is well worth it. Even on a busy day there is more than enough space to take in the beauty of the surroundings undisturbed. Just remember to leave enough time to get back to the gatehouse before it shuts for the evening. 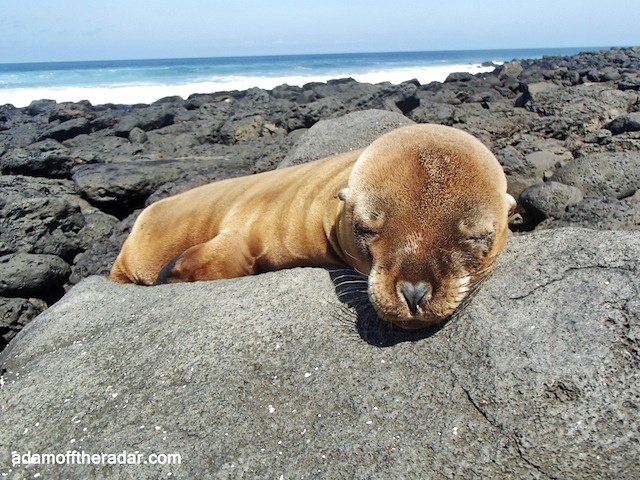 Less than a ten-minute drive from Puerto Baquerizo Moreno on San Cristobal, La Lobería is more accessible than Tortuga Bay. Whilst it lacks the panoramic views of Tortuga, this smaller, crescent-shaped beach is home to scores of sea lions and their pups. Sea lions are extremely tame in the Galapagos; some will happily doze in the sunshine on the rocks and those that are awake will usually be comfortable around respectful humans. Keep an eye out for sea turtles swimming in the crystal clear shallows. 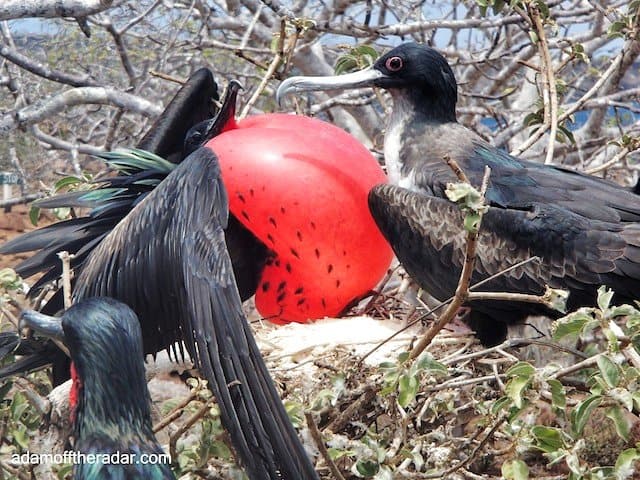 The sun-ravaged and largely bare island of Seymour is the unlikely backdrop to an array of brilliant avian life. The awe-inspiring Frigatebirds with their balloon-like gullet-pouches sit chattering in the shrubs and sail majestically overhead. Seymour is also home to the loveable but clueless Blue Footed Boobies that seem fixated by their own distinctive blue feet. With tour groups strictly limited, this is a peak into the islands as they once were in Darwin’s lifetime. 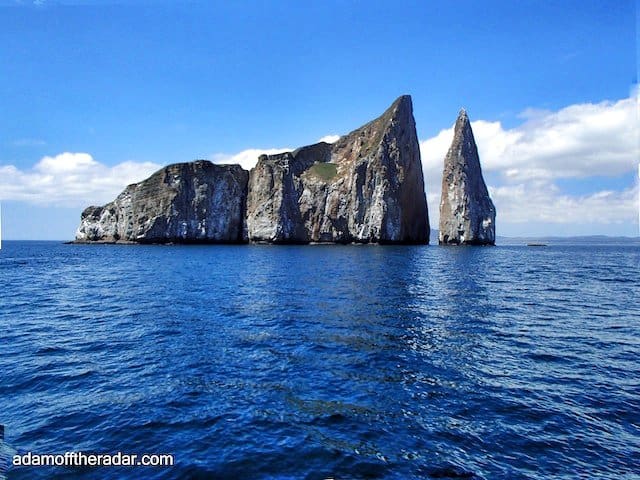 The unmistakeable Kicker Rock (León Dormido) rises from the ocean just off the east coast of San Cristobal.  As well as being a breathtaking sight from afar, Kicker Rock is also a popular diving and snorkelling spot. In the choppy waters around the rock, there is an abundance of marine life including rays and turtles. Swimming the small channel that runs through the centre of the Kicker Rock is a must, just to experience the powerful push and pull of the current. 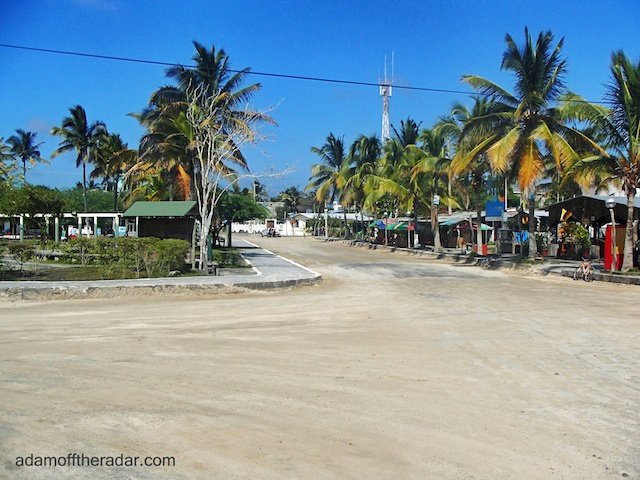 Whilst Puerto Ayora is surprisingly developed, Isabela’s main settlement Puerto Villamil is still enjoyably basic, with side streets made from lava rock and not an ATM in sight. There are just a handful of vehicles on the largest of the Galapagos Islands and its main square is largely deserted. Just a few hundred yards from the small collection of open air restaurants that line the square, the buildings end and the dusty road meanders off into the undergrowth. 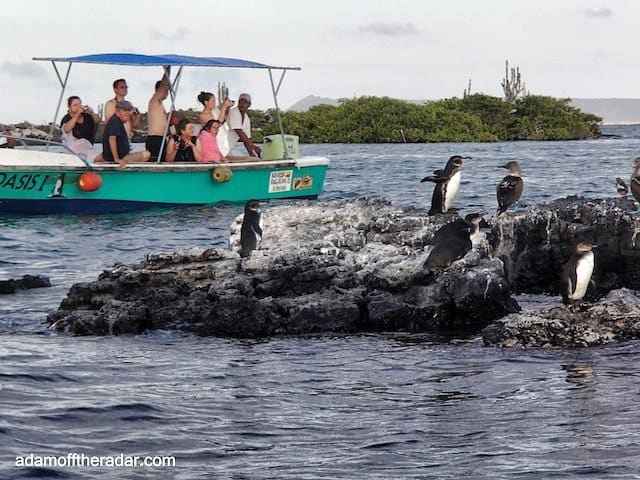 Just a short boat ride from Puerto Villamil, Las Tintoreras are a small collection of islets. They are home to some of the Galapagos most fascinating creatures, with sea turtles and an abundance of penguins in the surrounding waters, and hammerhead sharks lurking in the channels between the rocks. On land, gnarled lizards soak up the sun, blending in with on the masses of granite rock. Best of all, given their close proximity to Isabela, Las Tintoreras are an affordable option that even those on tight budgets can enjoy. 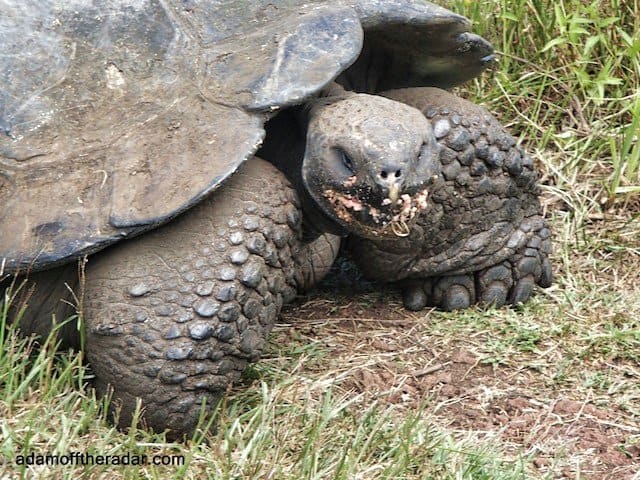 The verdant highlands of Santa Cruz are home to the island’s population of tortoises, some of them over a hundred years old. Exactly how many tortoises are present can vary depending on the time of year, but there are usually scores of them slowly padding through the leafy undergrowth on the various highland ranches. Before heading back down to the coast, make sure to visit the nearby underground lava tunnels and look out over Los Gemelos; two vast volcanic sinkholes of almost identical size. 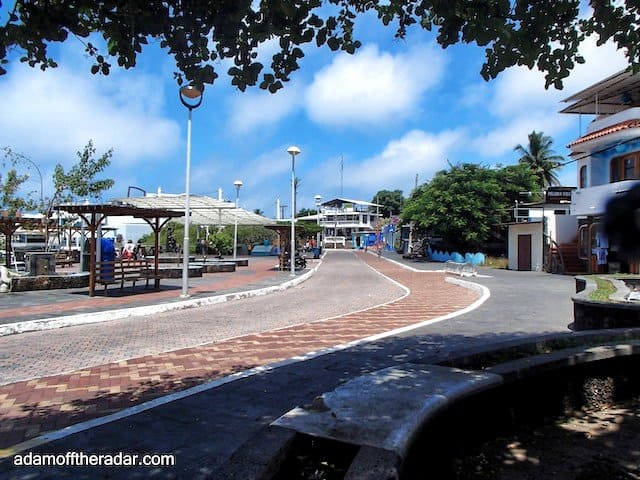 The largest town in the Galapagos Islands is a fantastic place to spend a few days in its own right. It’s blissfully relaxed and extremely safe, and there are plenty of small restaurants and bars along Avenida Charles Darwin to choose from in the evening. At the northern end of the seafront is The Charles Darwin Research Station where young tortoises from various Galapagos Islands are nurtured before being released into the wild. The afternoon fish market is the perfect place to stop off after a day trip to watch the pelicans and sea lions jostle for position, hoping for morsels of food from the fishermen. 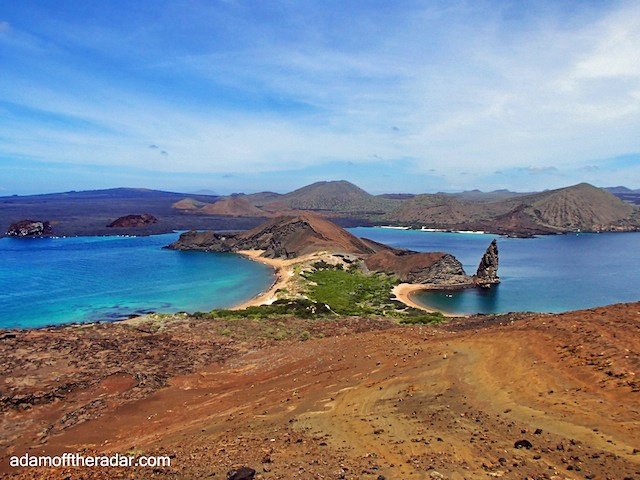 Uninhabited islet Bartolomé is one of the most visited places in the entire archipelago, despite being largely free from the famous Galapagos animals. Instead, the boat trips flock to Bartolomé for its mind-blowing views. Steps are carved into the side of Bartolomé’s extinct volcano and the short climb to the viewing platform gives panoramic vistas of the neighbouring islands and towering Pinnacle Rock. The bay below offers fantastic snorkelling with penguins, turtles and a plethora of multi-coloured fish. 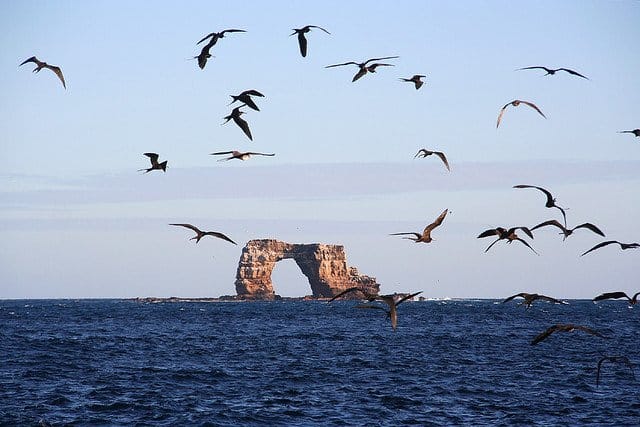 Due to its distance from the main islands, few cruise ships will pay Darwin Island a visit. The island has no dry landing sites but the diving around the unmistakeable arch is renowned for being some of the finest in the world due to the sheer volume of the marine life. It’s cold and the currents are strong but with whale sharks, giant turtles, stingrays and many more on show, it’s worth the challenge. Not many can say they’ve made the lengthy journey to this most remote outpost of the Galapagos, but those that do are never disappointed. 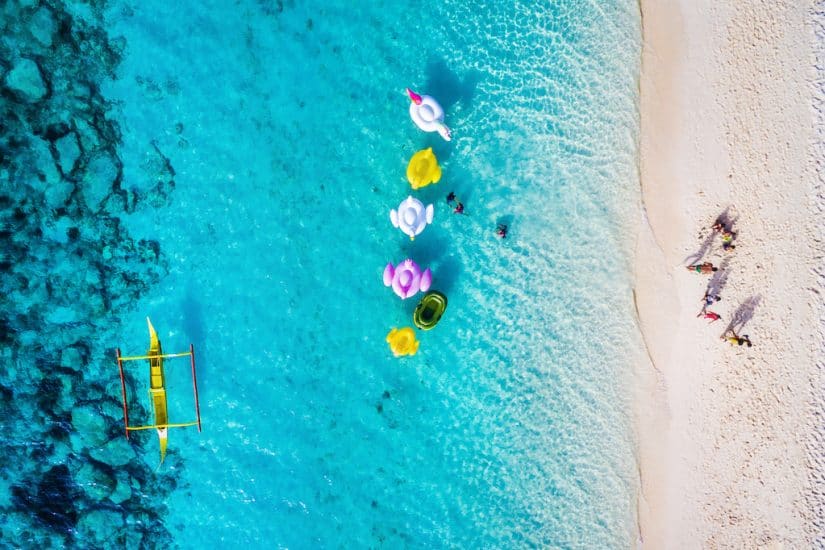 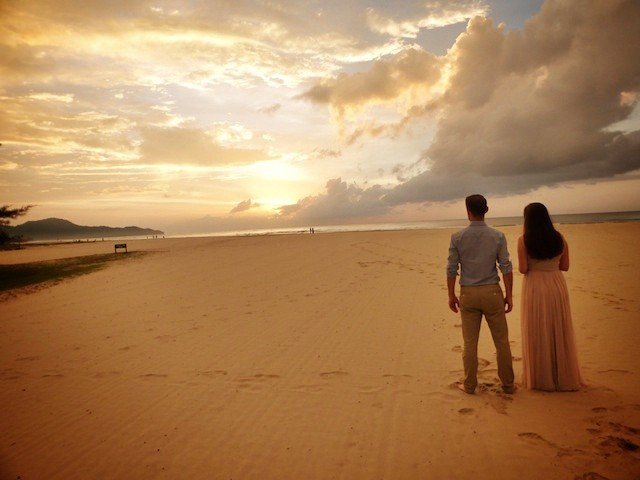 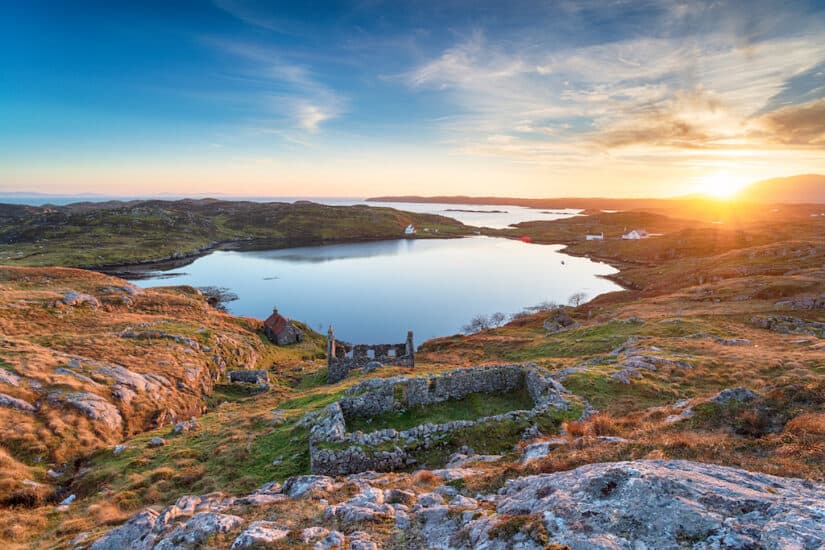