We know you don’t need any more reasons to travel, but we’re gonna give you even more and this time, it’s all about the movies! While we don’t all get to be jet-setters 24/7, it’s nice to know that we can at least mentally transport ourselves to the pubs of Ireland, the mountains of Peru, or even the shrines of Japan by simply watching a film. Here we’ve compiled a list of places your inner movie buff is definitely going to want to put on your bucket list, our Top 10 best movie-related travel destinations… The northernmost country in Africa lent its desert landscapes to become immortalized in one of the greatest film series of all time: Star Wars. Venture out to the Juntland Wastes and see the spot where Obi-Wan and Luke first met, or take a trip to the spot where R2-D2 and C-3PO crashed in the Dune Sea. Bring some drinks and re-enact a scene when you find yourself at the real home of the Chalmun’s Cantina over in the fishing town of Ajim. We hear some of Tunisia was also used specifically for Episode I, II, and III, but let’s face it – we know you’d rather see the town that inspired Tatooine versus Anakin’s Slave House any day. There are many awesome Star Wars Tours in Tunisia like this one. Unless you end up on an episode of Locked Up Abroad, it’s not likely that you’ll regret a trip to Thailand. The breathtaking beaches and majestic cliffs have tempted travelers for years, and more so when they see the paradise known as Koh Phi Phi, discovered by Leo DiCaprio in The Beach. And older generations of 007 fans will also remember the Bangkok Floating Market, not to mention stunning vistas of Phang Nga Bay, also known as James Bond Island. Whether you’re a student of Hogwarts or you don’t know the difference between a half blood and a muggle, the Scottish Highlands are a must-see destination for all things Harry Potter. Visit The Elephant House in Edinburgh, where Rowling wrote many of her wizardly masterpieces and also the famous Glenfinnan Viaduct (in Lochaber) which appears in the flying car sequence in Harry Potter and the Chamber of Secrets. Make sure you include a trip to Glen Nevis as the area was used as background in the ‘Quidditch’ scenes.

If you’re leaning more toward the historical, you can also visit Glen Coe and the Mamore Mountains, just some of the locations used for Braveheart; or follow in the footsteps of Rob Roy in the Western Highlands.

4. New Zealand – Lord of the Rings Middle-earth may be a fictional land created by writer JRR Tolkien, but many of the picturesque landscapes seen in the Lord of the rings trilogy are just as breathtaking to see in person. For starters find some New Zealand holiday deals and hang where the Hobbits did in the Waikato region (home of Frodo’s beloved Shire) or get to the real Mordor, located near Mount Ruapehu. If dwarves and hobbits and rings aren’t your thing, we also suggest checking out Lyall Bay, home of King Kong’s Skull Island, feature in both the original film and subsequent remakes! Jack Sparrow isn’t the only one that can sail the high seas these days. Any fan of the Pirates of the Caribbean franchise can certainly take a trip out to St. Vincent and the Grenadines to get a glimpse of the same views seen in any of the movies. Head to Wallilabou Bay and see the pirates’ haven, Port Royal, named after the original port that once existed in Jamaica, and wander around Kingston while you’re there to check out other film locations. You can even stay at the Wallilabou Anchorage Hotel, around which many sets were created for the original film.

6. New York City – Breakfast at Tiffany’s and many others New York City has been muse to filmmakers for decades. As such, the big apple has served at the backdrop for everything from Holly Golightly’s apartment parties in Breakfast at Tiffany’s to the notoriously violent scenes in Taxi Driver. A trip to NYC is never complete without a visit to Central Park, captured on film time and again, including a perfect autumn stroll seen in When Harry Met Sally. Have a slice of pizza from Lenny’s in Brooklyn as seen in Saturday Night Fever and then order a cosmo at any bar frequented by the ladies of Sex and City. The possibilities here are endless. Oftentimes, films set in one place end up actually being filmed in completely different locations. The same does not ring true for In Bruges, the dark comedy starring Colin Farrell, Ralph Fiennes, and the city of Bruges. Become entranced by the same Hieronymus Bosch painting seen in the film over at the Groeninge Museum. Walk across the Minnewater Bridge or take a trip to the Vismarkt (the fish market that encounters an exciting chase scene at one point in the movie). You can even catch some Z’s at the same hotel the main characters end up at – the gorgeous Relais Bourgondisch! It’s no surprise that a place as gorgeous as Kauai would inspire directors to pack all their things and set their cameras to roll. Kayak down the Huleia River or climb the Anahola Mountains, both featured in another George Lucas film – Raiders of the Lost Ark. Have your breath taken as you go on an air tour of Manawaiopuna Falls – the Jurassic Falls of Steven Spielberg’s eternally enchanting Jurassic Park. You might not see any real dinosaurs while you’re there, but we promise the views will more than make up for it. Aron Ralston’s story behind the film 127 Hours might not make you want to go rock climbing by yourself, but it will inspire you to visit the gorgeous and certainly underrated landscapes of Utah. There’s something humbling about seeing the vastness of the Canyonlands, which translates perfectly into Danny Boyle’s film about a hiking trip gone horribly wrong. For an even more humbling experience, visit the deserted Blue John Canyon, where Ralston’s life changed forever. It’ll certainly leave an impression.

10. Stockholm, Sweden – The Girl with the Dragon Tattoo The Girl with the Dragon Tattoo has been captivating readers and movie watchers for years, and as such it’s also been tempting audiences to trek out to Sweden where much of it was filmed. Tourists and fans alike can take tours dedicated to both the film and book that follows the twisted journey of Lisbeth Salander through the darkest parts of Stockholm. Take a trip on the Stockholm subway system or visit the Vanger estate or just walk through the streets and take in the cold, brooding weather that was such a part of this modern film noir.

All of these locations have much to offer to both avid travelers and movie junkies alike. Next time you watch a movie, make sure to take some mental notes on some new travel destinations. You won’t be sorry when you find yourself traipsing around the same stomping grounds as some of your favorite characters! Until then, keep your eyes on the screen! 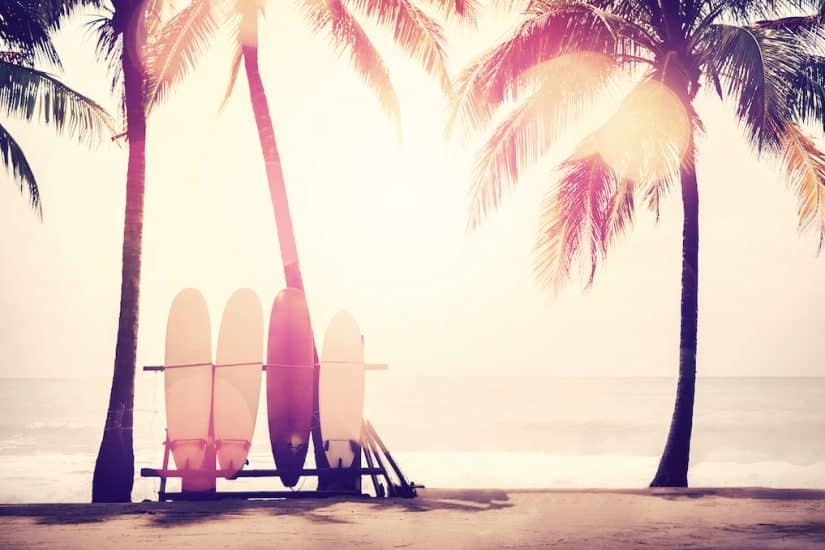 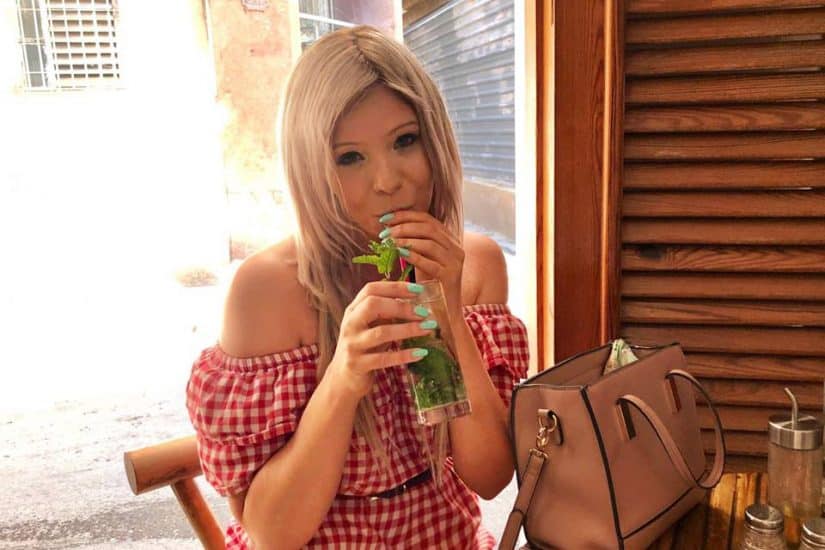 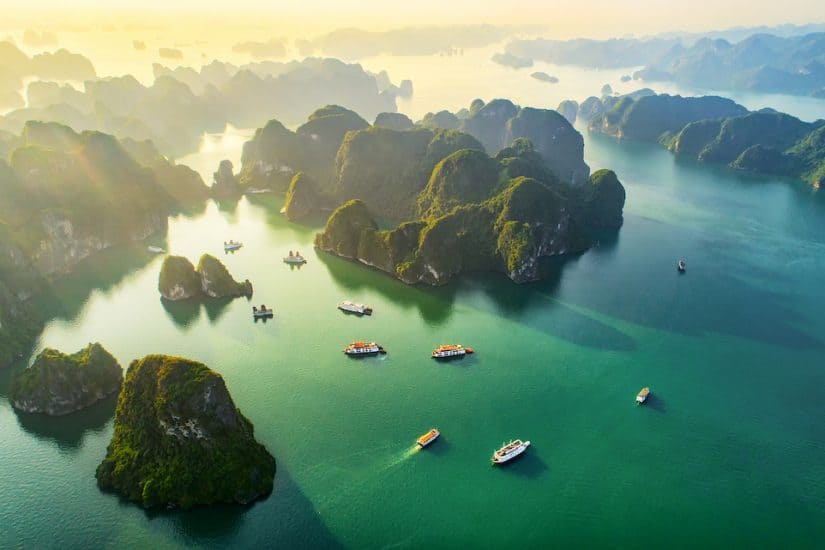