Looking for destinations to fuel your wanderlust? Then look no further, from otherworldly bamboo forests to glow-in-the-dark Australian lakes, here are 15 aspirational (and truly jaw-dropping) travel destinations to add to your bucket list…

Regarded by many visitors as being one of the most beautiful places on earth, visit the northernmost tip of this vast, frozen and surreal landscapes by crossing the infamous Drake Passage that separates South America with Antarctica. Explore ice-dotted bays on a zodiac boat and get up close with gentoo penguins and migrating blue whales. There are a few tour operators offering expeditions that allow adventurous travellers to explore one of the last untamed wildernesses in the world.

The city of Cartagena, known in the colonial era as Cartagena de Indias is a major port founded in 1533. This South American city on the Caribbean coast offers awe-inspiring appeal by the bucketload, with colourful old-town charm around every corner. Expect to find cobbled streets and buzzing nightlife galore with a distinct colonial European vibe mixed with that famous South American zest for life. A Caribbean jewel in Colombia’s crown, it also boasts a tropical climate averaging 30 degrees centigrade which makes the fairytale city the perfect getaway any time of the year.

Located in Kyoto, Japan, the Arashiyama Bamboo Grove is a popular tourist hotspot and features an almost mystical and otherworldly bamboo tree-lined forest with pathways sprawling over 500 meters in length. Historic shrines, hotels, gift shops, restaurants and other attractions can be found nearby. The Tenryu-ji Temple with its attractive gardens is also a short distance away. Entrance is free of charge and – of course – this aspirational travel destination provides photo opportunities galore!

The Gippsland Lakes in Australia’s Victoria state are a truly fascinating water wonderland, featuring lakes, waterways, and waterfalls. A beautiful mecca for nature lovers and watersports enthusiasts alike – expect to find boating and water skiing activities here. Raymond Island is the place to encounter koala bears and rare burrunan dolphins can also be found nearby at Bullock Island. Although arguably the biggest draw to this magical travel destination is when evening arrives – at night, Gippsland’s ‘glow in the dark’ lakes are a stunning spectacle to behold.

Go on a wilderness safari, Namibia

Red deserts, blue skies and amazing wildlife await in Namibia, the striking country in southwest Africa. This vast wilderness plays host to some of the world’s tallest sand dunes, including the dramatic Dune 45 star dune. There’s plenty of wildlife to see on organised nature drives, plus tourists can gain spectacular views from the various hot air balloon flights. The white saltpans of Etosha National Park and the Kulala Desert Lodge are also well worth a visit. 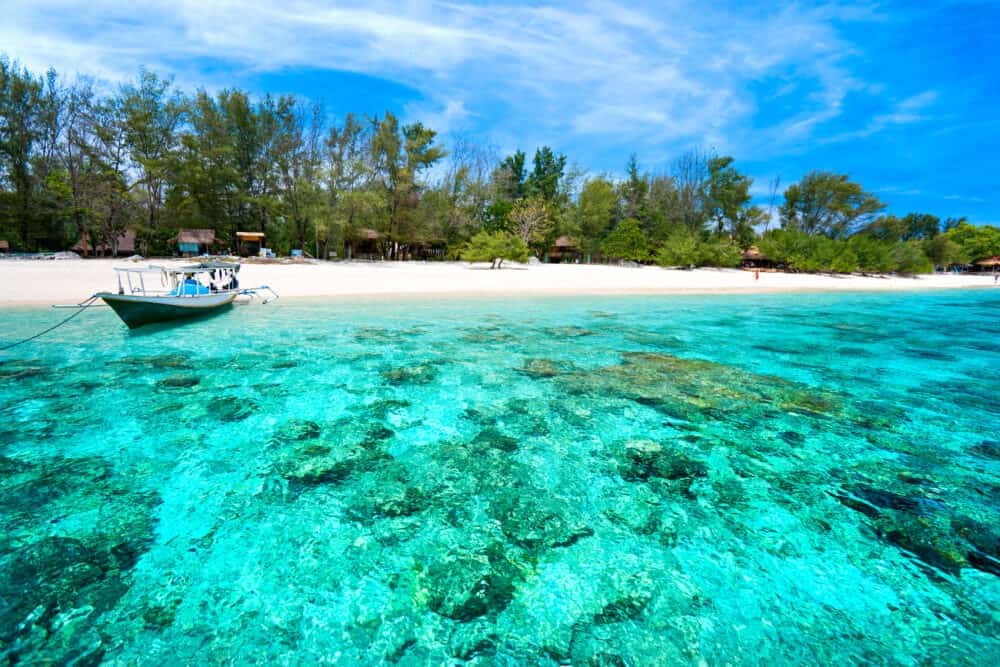 This three-island chain in Indonesia (near the coast of northwest Lombok Island) boasts white sandy beaches fringed with palm trees, spectacular coral reefs, which attract incredible marine life, and crystal clear waters. There’s something for everyone here and backpackers, partygoers, sun-seekers, and water sports enthusiasts are well-catered for. Gili Trawangan contains the bulk of restaurants, bars and clubs, while Gili Meno and Gili Air offer a more relaxed combination of surfing, diving snorkelling, and boat excursions.

Turkey’s historical and now legendary Cappadocia region is a wonderland of intrigue and beauty and known for its “fairy chimneys,” tall, cone-shaped rock formations clustered in Monks Valley, Göreme and elsewhere. Formed from volcanic eruptions, the area is renowned for Goreme Open Air Museum and its complex rock formations, historic dwellings, religious sanctuaries, and caves. Kaymakli Underground City is a must-visit and the largest of Cappadocia’s numerous underground cave systems. Although there’s plenty to see on the ground, one of the best ways to view Cappadocia is by hot air balloon (which are readily available for tourists).

The Vatnajökull Region in Iceland features the largest glacier in Europe and offers a variety of activities to keep even the most discerning traveller entertained. Explore the magical blue crystal ice cave beneath Vatnajökull glacier, take a hike up Öræfajökull, Iceland’s highest peak, or go for a glacier Jeep tour. Plenty of hotels, eateries and fine dining opportunities are available in this popular tourist area of Iceland.

The Sheikh Zayed Grand Mosque in Abu Dhabi is among the world’s largest and projects a pristine white exterior. Grand is a certainly an understatement here. The building has intricate patterns and a lavish interior, housing the world’s largest carpet, over 1000 columns, and gold gilded chandeliers. At dusk, the building comes to life with a beautiful blue glow. 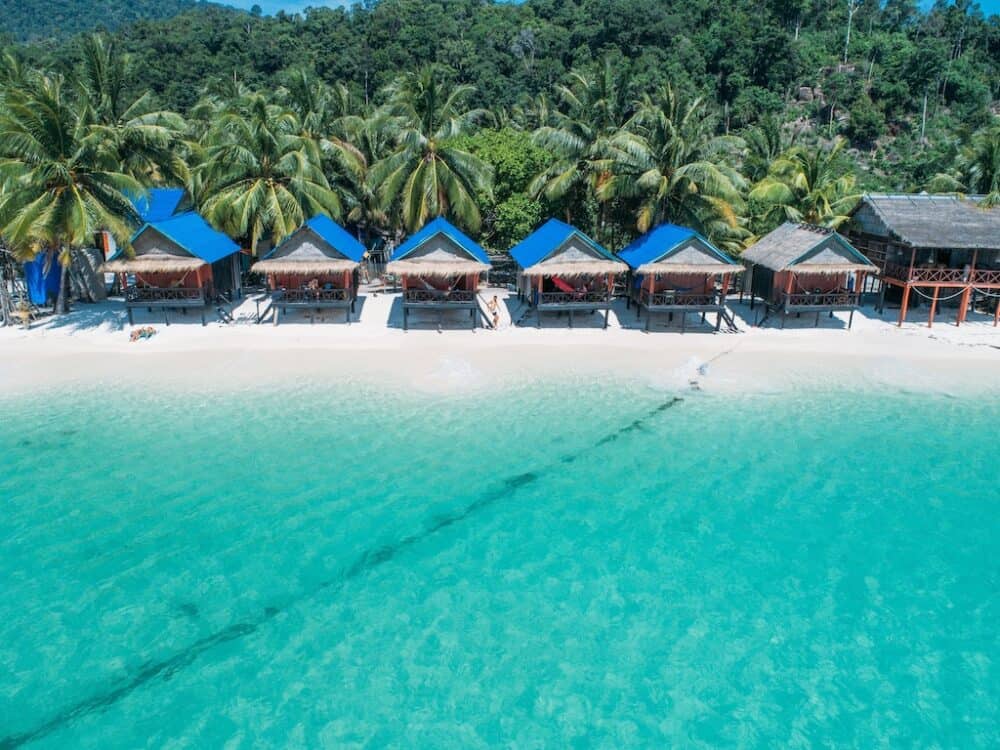 The island of Koh Rong in Cambodia is a paradise of sandy coves, small harbours and tropical jungle. Popular with backpackers and those seeking a good time, the island has numerous hotels and hostels. Activities such as scuba diving and windsurfing are common, while on the main beach, cafe bars and restaurants provide food and drink well into the night. Don’t forget to witness the bioluminescent plankton beneath Koh Rong’s starry skies!

Colourful and charming, the small village of Manarola on the Cinque Terre coast in northern Italy is well-worth a visit. Capturing the essence of old Italy with its narrow streets, Manarola boasts traditional restaurants, cafes, shops, and gelaterias. Renowned for its historic fishing industry and wine-making, the village has a stunning backdrop and is within an easy travelling distance from La Spezia and Genoa.

Voted the most ‘Instagrammable’ hotel in the world, and with good reason, the Anantara Kihavah Villas in the Maldives really is heaven on earth. Situated on Baa Atoll, just a short boat ride from the capital Malé, the beautiful hotel features 78 private villas, a stunning beach, fine dining at an underwater restaurant, and plenty of opportunity for swimming and diving.

The rugged, mountainous terrain of Torres del Paine National Park in Patagonia resembles an alien world full of mystery and intrigue. The beautiful landscape plays host to many activities, including camping, boat tours, organised walks, and more. The Mirador Británico observation area is great for capturing that perfect shot. A number of hotels and camping sites are also available nearby.

Located in northern Vietnam and close to the Chinese border, the beautiful – and highly photogenic – terraced rice fields of Sapa are an impressive and colourful sight. In winter, the paddy fields shimmer like a mirror. In summer, fertile green crop covers the ledges of the terraces. With its quiet rolling hills, the area is also an exciting location for spotting plants and animals.

Bolivia’s Salar de Uyuni salt flats are a wonder to behold. Billed as “the world’s largest mirror”, during the year water overflows onto the flats, creating a shimmering vista and dramatic horizon (perfect for photo opportunities). Organised tours are readily available and operate from numerous nearby cities, including Bolivia’s capital, La Paz, San Pedro de Atacama in Chile, and Salta in Argentina.

Beth was born under a wandering star, with drama in her veins and ink in her pen. After stints studying theatre in Dublin and Utrecht she used her creative streak to see as much of the world as she could on as little money. She toured Italian Schools with a children’s theatre troop, lived as an au-pair in both Rome and Washington DC, explored the British countryside, worked her way through much of Europe, Salsa’d in Cuba and road tripped down America’s west coast where she discovered her spiritual home; Portland, Oregon. In between adventures she resides peacefully with her cat and ukulele amid the misty valleys and rolling hills of beautiful South Wales.