As an intrepid traveller and a hopeless romantic, I’m a firm believer that Mr or Mrs Right won’t always live in the same town or even on the same continent as I do and have always been open to the possibility of meeting someone on the road! Sadly I have not met Mr Right Forever but I’ve have had the joy and adventure of meeting a few Mr Right for the Time! Some of them I have met by chance and some I have met through careful engineering and dating apps like Badoo the largest (and arguably most fun) dating app in the world (with over 366 million users) which offers the opportunity to meet like-minded people based on location and careful matching processes informed by data collected over the 11 years of the company’s existence. Sure it’s nice to let fate play its cards and meet people by chance, it’s also sometimes great to leave it up to the experts. I think a mixture of proactivity, inactivity and an open mind is the best combo when you’re looking for love, and seeing as I am a well-balanced and open-minded kinda gal I am going to share some of my lovely dating experiences with you, in chronological order of course… 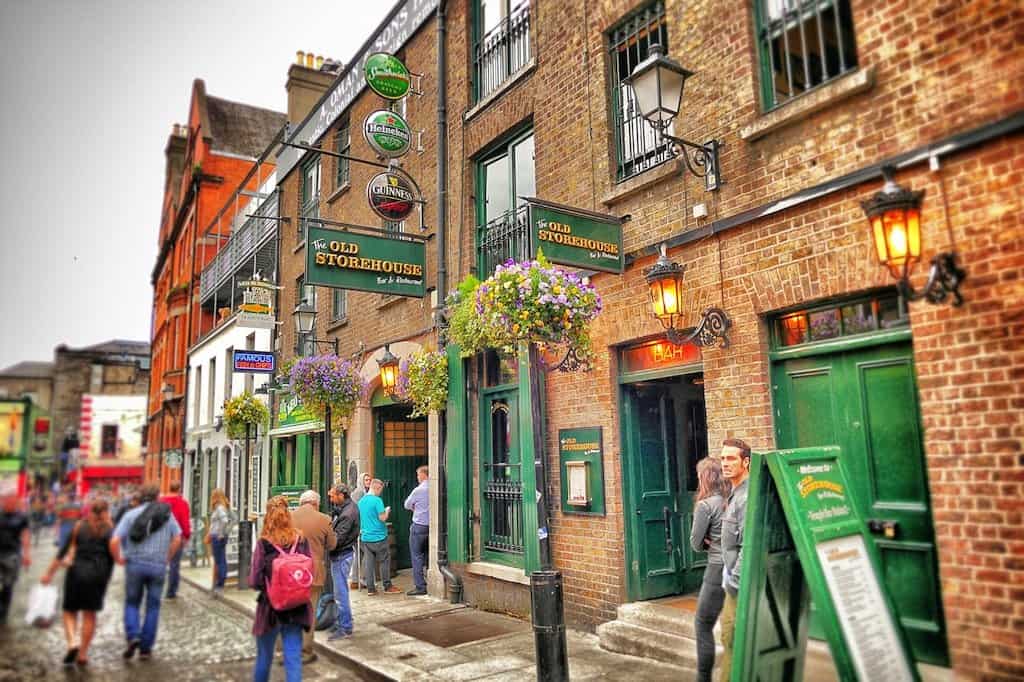 My first experience of long-distance love happened way before dating apps existed with a dashing Italian man in Dublin’s fair city! I was staying there for a short internship and infused with the joy of youth and adventure I headed out for a night in a Dublin Indie club and there he was, a ridiculously handsome Italian perched on a bar stool in the smoky basement lighting. After a few quick introductions, we spent the night trying to interpret each other’s language over the crash of loud music! I will never forget those heady few months in Dublin, longing to leave work quickly and then finding him huddled in his puffer jacket underneath the statue on O’Connell Street, waiting to take me out for a night on the town. Dublin has always been a breathtaking and atmospheric city and it sure made a great backdrop to my own real-life romantic movie. 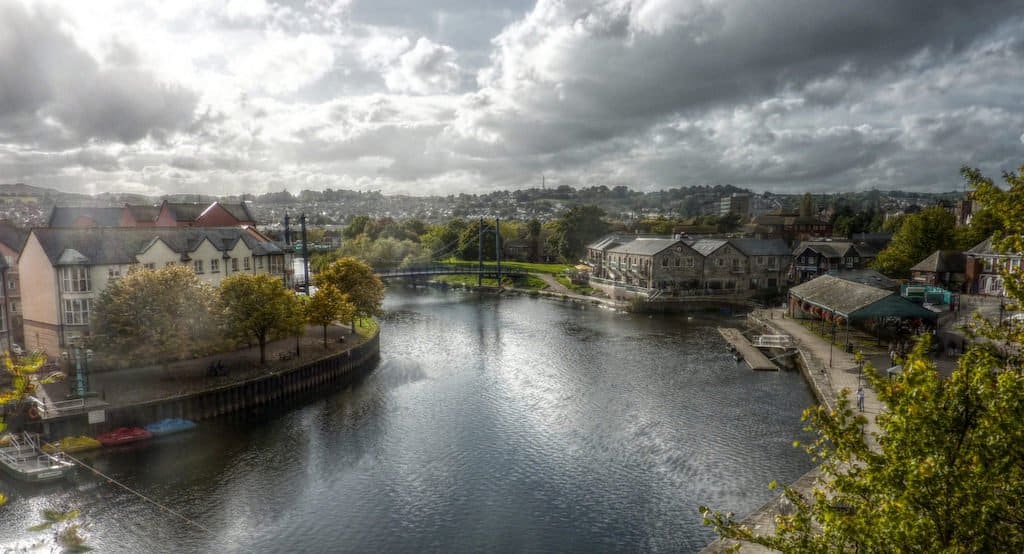 You know that moment when you are young and free and happy where you catch someone eye across a dance floor and end up tumbling head first into fantastic and fun-filled few months together. Well whilst visiting Devon, I caught the eye of an exceedingly handsome Jarvis Cocker lookalike. Without a word, other than a name exchange, we spent the rest of the night ripping up the dance floor until the lights went up and we had to collect our coats. We exchanged numbers and the following week met up in a pub for a quiet drink, the candlelight made his handsome face even more handsome. He was also very intelligent, bonus! We spent a delicious few months together before life took us off on different paths (as it’s inclined to do when you’re just in your early 20’s)! 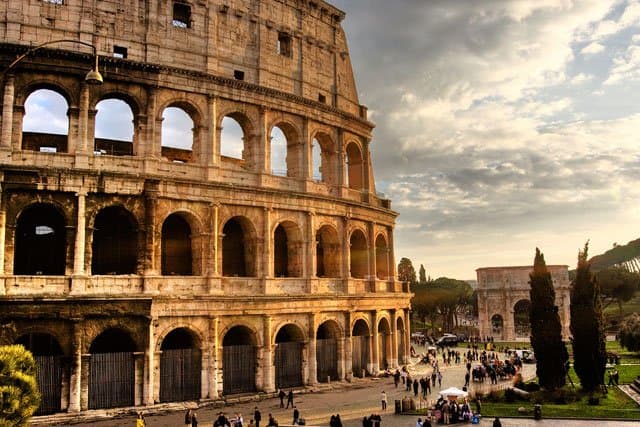 By the time I got to Rome dating apps existed and I was curious to try them out! I set myself up a little profile on Badoo which enabled me to meet a tall and another very handsome Italian who was to be a part of my life in one way or another for some time! He was a DJ and our first meeting happened in a noisy little club on Piazza Santa Maria Maggiore where he was playing. I squished into his DJ booth with him and we talked and laughed for hours. He showed me how to mix tracks together and I gently teased him about what was, in my opinion, his terrible taste in music. We didn’t take it all too seriously – we were young and impulsive, but the energy between us was always electric and even now, 12 years later, we still check in with each other and reminisce about those happy carefree months exploring Rome together and the uplifting feeling you feel when two people really connect and ‘get’ each other! 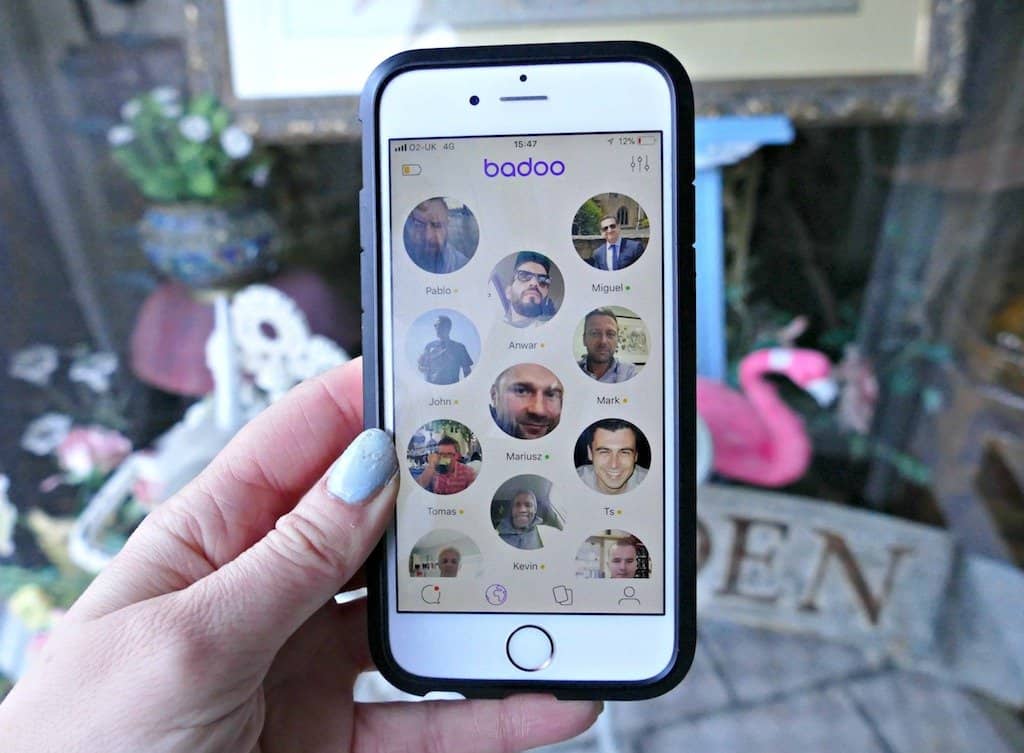 A few years back now I decided I needed a little adventure and took a short-term au pair job over in DC. I wasn’t going to be there for long but thought it might be fun to meet up with some locals and perhaps go on a date or two, so I used my trusty Badoo app again! I met a lovely fella who lifted an already great travel experience up into the realms of an awesomely brilliant one. We hit it off immediately over the movie and a bottle of Blue Moon and arranged a date the following week at the E-street cinema. We spent as much time as we could together, he showed me all the cool bars, the best pizza joints, the local attractions, both mainstream and more obscure… the flight of steps that appeared on ‘The Exorcist’ movie for example, which happened to be by Georgetown University. I loved that just like me, he was a little quirky! 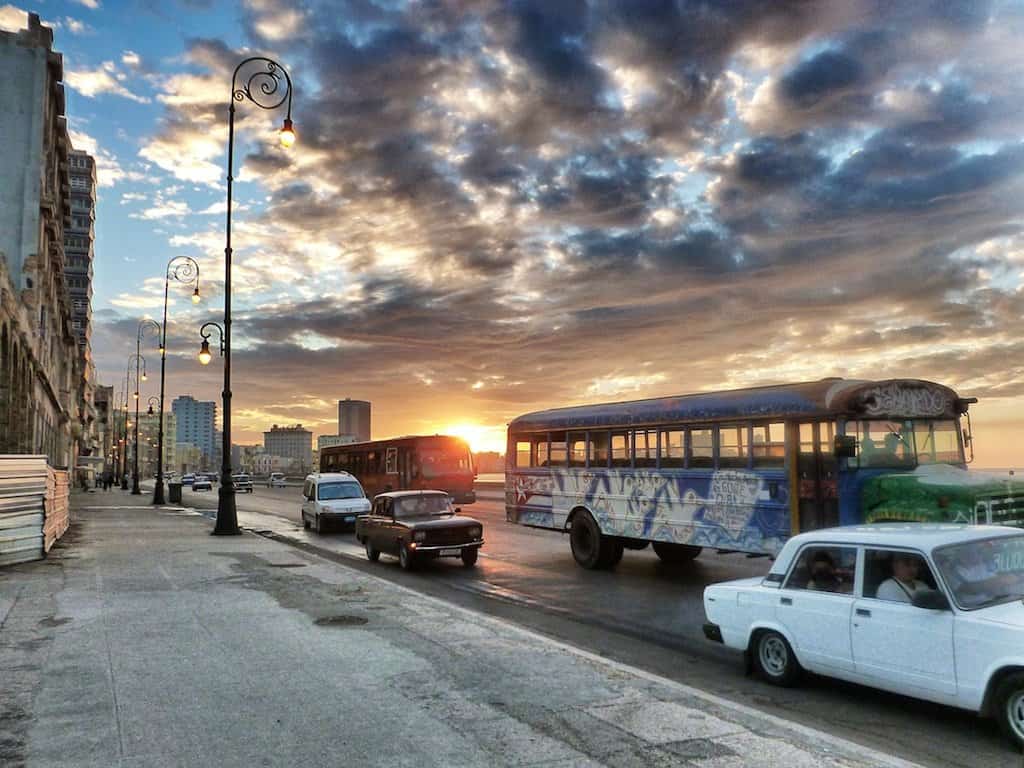 Ah, this is the stuff that dreams are made of.  The most perfect holiday romance where within a few short days you find yourself utterly smitten! We met in Havana, in a little salsa joint on the Malacon where my friend and I were hoping to master some Salsa but found ourselves becoming pursued by a few pushy guys. As we tried to inch away from them, my knight in shining armour came to the rescue – a beautiful local with huge gorgeous eyes, glowing skin, a friendly face and some awesome salsa moves under his belt. He took my hand and pulled me on to dance floor where we spent the evening spinning and twirling, then having hilariously stilted conversation largely courtesy of Google Translate (I hadn’t yet mastered Spanish)! We spent the rest of the trip strolling along the waterfront, riding in vintage automobiles, eating ice cream at Coppelia and being serenaded at Hotel Nacional. The whole experience was so perfect I felt like I was starring in my very own chick flick and within a week I had fallen for him hook, line, and sinker. 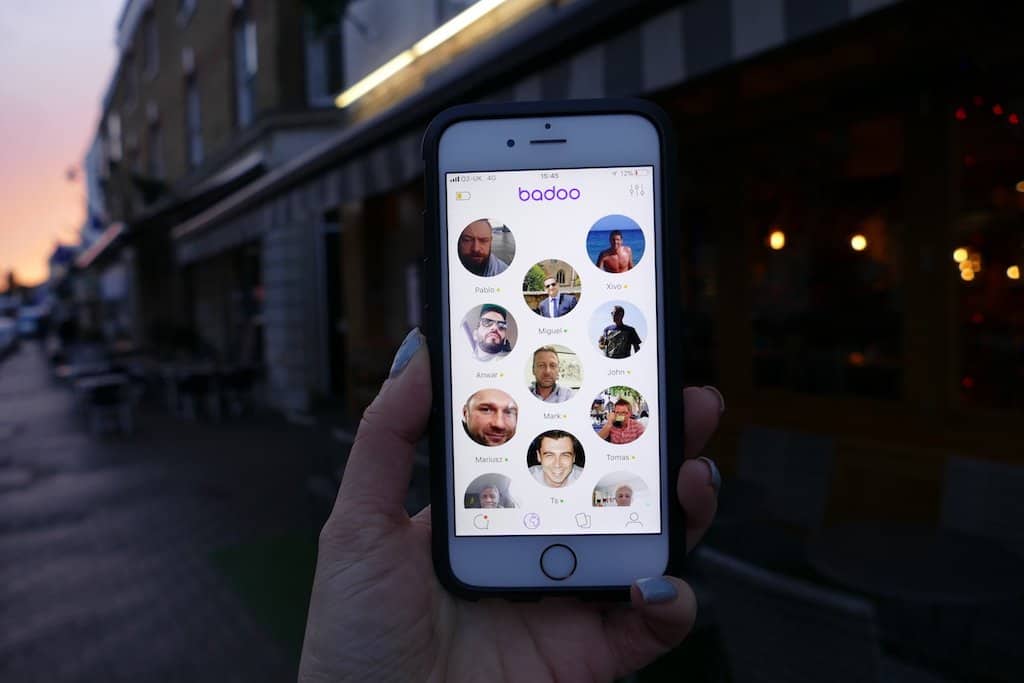 My friend and I saved up for the trip of a lifetime journeying all the way from Seattle to San Diego down the coastal highway 101. Being free and single, we used Badoo again and wow what fun it was !We met with a good handle of confident and charming locals originating from no less than three different states (well variety is the spice of life)! In Seattle a couple of dapper looking hipsters escorted us to a basement club where a young woman sang melancholic songs, in San Francisco we met two young men who took us out for a meal in a Cuban restaurant in the Mission District and couldn’t stop talking. LA brought two gorgeous well-dressed lawyers and jazz and cocktails in the Dresden Club and in San Diego we spent a day at Ocean Beach with a pair of very handsome hippies. Of course, we would have had a whale of a time anyway, but lining up these dates just added another layer of excitement and anticipation to our very special trip. 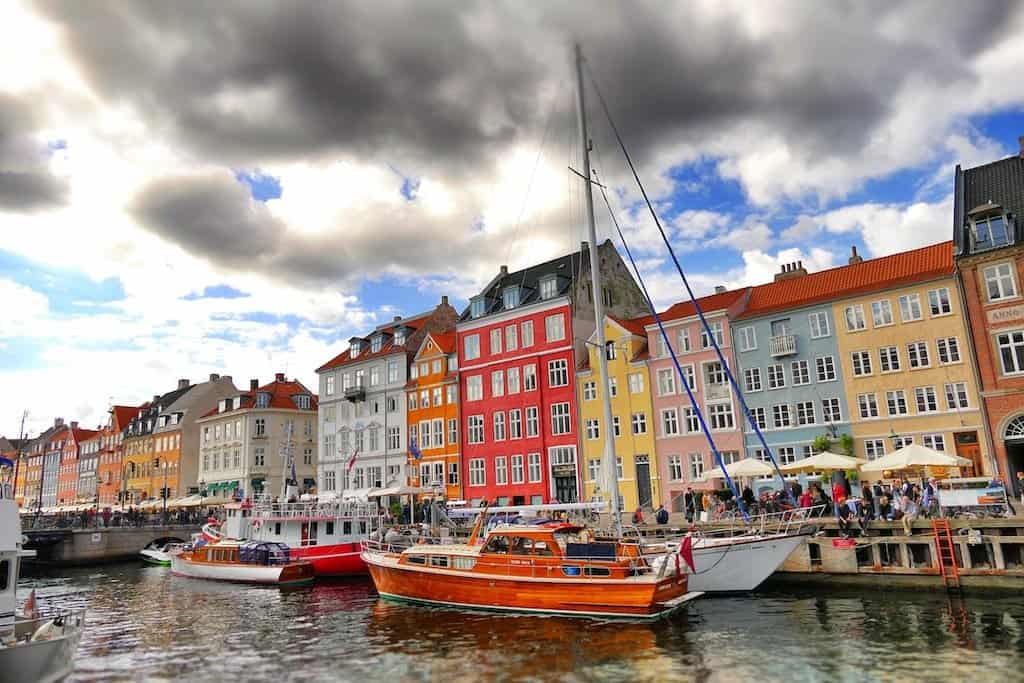 Date number 7 was also thanks to Badoo. I was in Copenhagen with a girlfriend and again we were curious to meet some locals (the Danish men are ridiculously handsome…must be that Viking bloodline!). We arranged to meet up with our dates in a cool microbrewery in the Meatpacking District but in my quest for a Dane, I ended up meeting another American… a hilarious guy from Buffalo with whom I had an instant connection and enjoyed hours of banter and classic comedy quotes. We did a little tour of some microbreweries and I didn’t stop laughing the whole night. He was very cool. A guy with broad shoulders and a cheeky twinkle in his eye and the encounter topped me up on romance for a good few months after leaving the city!
Dating people on your travels – safely and sensibly of course – can be the icing and cherry on your travelling cake. The fact that your expectations are fleeting helps take the pressure off the whole dating process and sometimes you even end up finding someone who will stick around for a while, despite all the barriers out there. So single ladies and single lads take a chance… get on an app like Badoo or simply open up your heart to the possibility that somewhere out there love and romance is waiting to sweep you off your feet and out of your head for a while. Enjoy it, embrace it… bonne chance travellers!

Find your travel destination match to win a trip of a lifetime! 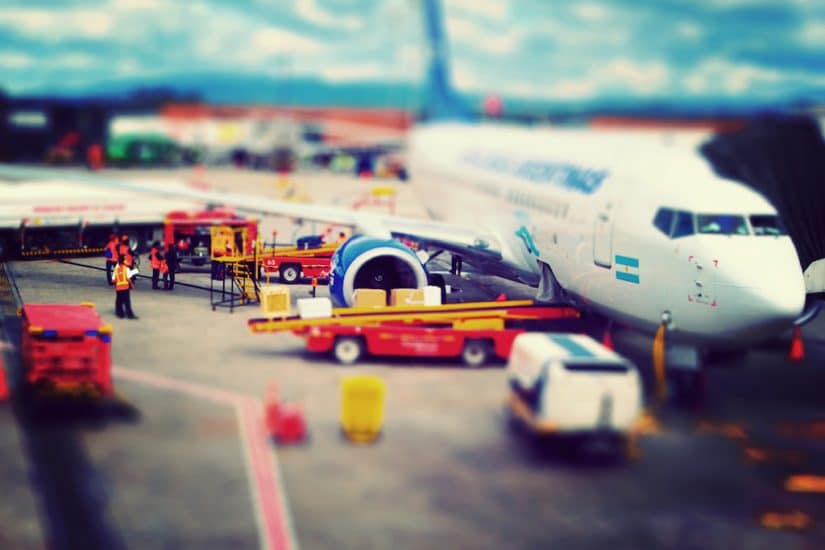 Travel health – what is aeroplane ear?

A weekend in Edinburgh – history, culture and quirky cafes