Cuba’s passion for music is legendary and is big part of the country’s extraordinary spirit, here our guest writer Johanna Derry tells us about Cuba’s up and coming new talent Daymé Arocena…

‘I’m not the kind of beauty that some people want to see,’ Daymé Arocena states guilelessly. On the release of her latest recording Cubáfonia, the 24-year-old Cuban singer is striking, a figure dressed in her now trademark white, with a serenity and self-composure that belies the power and sumptuousness of the voice she carries.

Since she recorded her first album, Nueva Era, in 2015, Arocena has captured the attention of critics and music lovers from all over the world, singing jazz that references Cuban rhythms like rumba, guagancó and changüí. The Guardian declared hers ‘a rich and powerful new voice,’ and NPR said they found it hard to imagine a better voice to open her country’s gates. It’s a claim that she laughs at before declaring ‘What a responsibility! Oh my God! That’s crazy!’

Now her second album’s out, they’re not going to be the only ones telling you that if you want to know what modern Cuba looks and sounds like, you’d do well to listen to Arocena. She laughs again. ‘For some people I represent Cuba, but for me, I’m just a young girl trying to make real what’s happening in my mind. I like to do what I do and if that represents Cuba, if that opens the doors for more people to listen to Cuban music, that makes me really happy. It’s a beautiful goal.’ Arocena is entirely unpretentious. Yet she has much to be proud of. From humble beginnings growing up in a two-bedroomed house shared with 21 other people, she’s become a young woman confident in her skills. Her commitment to working hard at making the music she loves paid off when she came across DJ Gilles Peterson who was working with the Havana Cultura project, a global initiative developed by Havana Club rum to give a platform to Cuba’s artists, musicians, and creatives. Thanks to her signing with Peterson’s record label, Brownswood, and Havana Cultura’s ongoing support, she now has a growing reputation, and the world is waking up to the new voice of a nation that’s beginning to slowly reopen. In spite of her success, she remains grounded and true to herself and her roots. ‘I’m clearly Cuban,’ she says, ‘But I’m not really thin with long hair, or light-colored eyes. I’m really dark, pretty fat, and I’m happy. And because I’m so happy, I’m smiley. I won’t pretend that I’m some kind of diva. That’s not for me.’

Nevertheless, she’s been both bold and determined since childhood. One of her first memories is of being four years old and trying to persuade her parents to let her sing in a talent contest as part of a local festival. ‘Eventually they let me, and I sang a song by a Mexican singer called Selena. I was moving my arms like I was crazy and my parents were totally embarrassed. But everyone else was saying, “This kid, she can sing.” I won the competition and I remember eating a lot of cake and holding the dolly that I won,’ she says.‘I’m still exactly the same person, that girl singing without her shoes on, being a little bit crazy. It’s just now people recognise me and enjoy me as I am.’

When she was nine years old she went to one of Cuba’s rigorous state-sponsored music conservatoires, where she trained as a choir leader. Among the drilling of a classical music education, she also first discovered jazz, singing with the Los Primos Big Band led by Cuban jazz great Joaquín Betancourt. ‘Everyone at school knew I could sing, so they asked me if I’d join the band. They gave me two standards to learn – Bye Bye Blackbird and My Funny Valentine. I didn’t realise I was singing jazz until we started playing festivals in Havana.’ It was around this time that she also heard the music of the woman who has become her icon – Nina Simone. ‘She sang what her heart wanted to sing. She is one of the most important examples of being honest with yourself and having permission in life to make music. From the first moment I heard her, I knew she was the singer I felt most close to me. She’s the singer of the 20th century for me.’

Although she’d been schooled in classical music – Bach, Schumann, Schubert – she’d found her true vocation, and an ethic of being true to yourself. So once she left school she began to look for places that would hire her to sing.

‘All I wanted was to be myself, but no one would give me the opportunity to sing in their cafes or hotels because I didn’t have the right ‘look’ for them. They didn’t want a black girl singing without her shoes on. People used to tell me I looked weird, and that I was off-putting for tourists because I looked like a slave.’

It wasn’t the only prejudice she came across. ‘It’s hard for women because we have to be perfect. For women, if you’re not perfect, that’s it. Over. Then if you do play and sing well, some people will say “Oh she’s singing macho”, meaning you sing like a boy. It’s terrible. It implies that you can’t play or sing as a girl because that’s wrong in some way.’
Fortunately for Arocena, her talent was gaining her an underground reputation. In 2014 when Peterson brought a group of emerging electronic producers to the island as part of a Havana Cultura project to find rhythms and voices for a new album, everyone wanted to work with her. ‘I went to an open mic night and I was the only person there who wasn’t famous in Cuba. So I sang my song and went home thinking maybe one day I might get to sing with one of the other performers. They called me back and invited me to London!’

There she recorded an EP with Havana Cultura and Brownswood Recordings, and then her first full album. From the crazy bare-footed girl no one wanted to have sing in their hotels, she swiftly became the one artist everyone wanted to record with. Arocena had not only found her way through the prejudice, but was quickly becoming one of the iconic voices opening up the music of her country to the world. She’s stuck with the Havana Cultura project and Peterson’s label for her latest album. ‘Havana Cultura has been like home to me. The trust and the belief that they’ve shown in me and my talent has been amazing, even when a lot of people in Cuba didn’t believe in me.’

Now she travels all over the world with the project, collaborating with other jazz musicians, performing, and recording. Cubafonía was written entirely while she was travelling, but she remains true to the rhythms and styles of her homeland.

‘Each song is really Cuban,’ she explains, ‘because when I’m away I really miss my country – the culture, my people, the rhythms, the musicians, my friends, my boyfriend, everything. Travelling around the world has made me feel even more Cuban.’

Even she finds it difficult to define what ‘Cuban music’ is. ‘It’s the soul of Cuban culture, and Cuban culture is really mixed. We stand in the middle of the old world and the new world. We’ve got so much going on, but even for me it’s hard because there’s so many different rhythms to explore. I tried to make a CD with all the rhythms and I couldn’t because there was too many!’

Her husky laugh is heartfelt and infectious. She hasn’t got a negative word to say about her country.

‘It’s hard to have all of this on one small island and for people to not realise how much we’ve got. Cuba is like a treasure island. There’s lots there to discover but people don’t know what it is yet.’

As her own reputation grows, she remains completely grounded. Music is her sole passion, not fame, or influence. ‘I just want to be a person that everyone remembers as having tried to make good music. I want people to understand that music is not just words, that it goes beyond countries and crosses borders. Music can help you become a better person, it cleans your soul, gives you freedom, and good energy.’ It’s a philosophy you can hear in her music and in the spontaneous laughter at the end of the final track on Cubafonía, ‘Valentine’. Music is both life and liberty to Arocena, and it’s clear that the honesty she admires in the music of Nina Simone runs through her own music.

‘For me the important thing is music. So I want to keep having ideas to create music. I don’t want to stop writing songs and I don’t want to stop travelling and taking my talent to other parts of the world. I want to be strong enough to show the world what I know of Cuba. And when I pass, I want to look from the sky and see a legacy of good music and good energy. I want to be part of the history of music, to stick in people’s memories and their imaginations. So I’m working hard for that.’ And as she does so she’s sharing the best of Cuba with the world.

‘We’ve got everything. We’re talented, feisty, interesting, sexy. We’re amazing! We’re awesome!’ She laughs again, realising that this is precisely what she represents and is. The new face and voice of Cuba is young, black, female, gifted, joyful, and, whatever your definition of beauty, most definitely defiantly sexy.

5 reasons to pack Karen Millen for your summer holidays 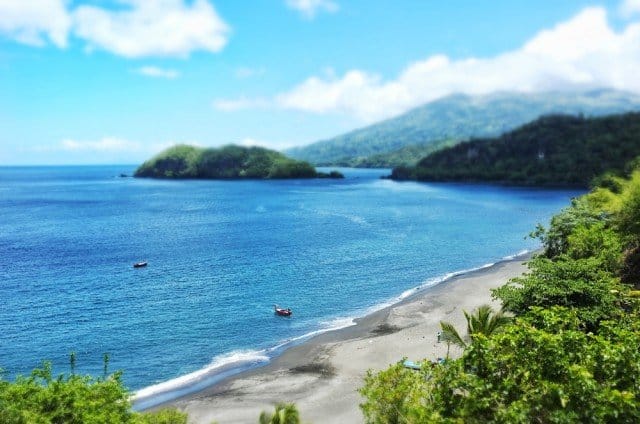 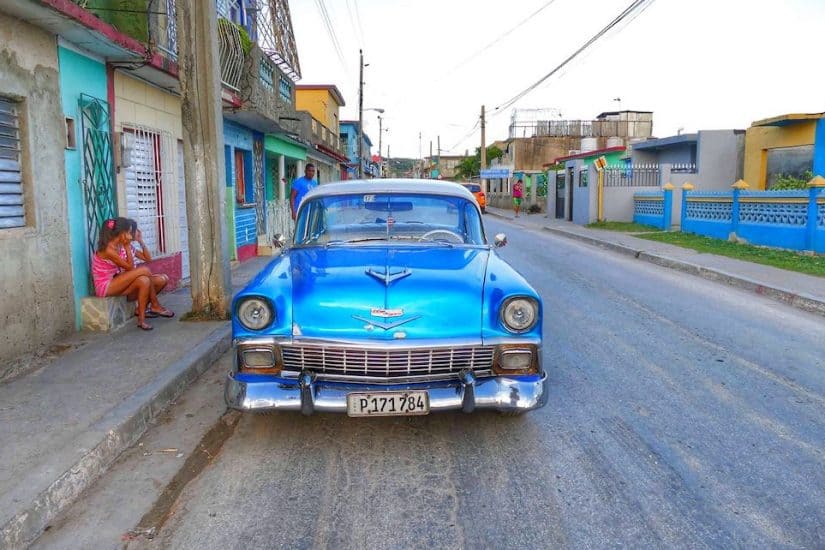 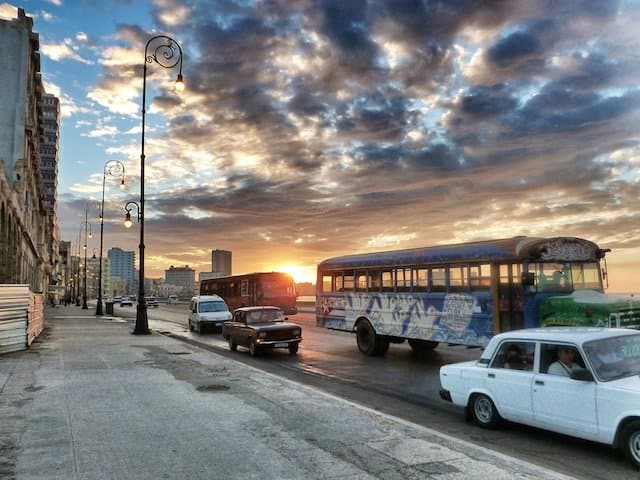