I was lucky enough to be given a behind the scenes look at the Ferrari Driver Academy in the heart of Italy’s Emilia Romagna region. In the second of a series of posts about my trip, I discovered the Academy’s training regime, and went to the beating heart of the Ferrari empire…

It was 10am on a Tuesday, and a man I’d only just met had given me his shorts. Luckily, the man in question was the aptly named Andrea Ferrari, and the shorts meant I didn’t have to spend the morning work out in my jeans. I was still recovering from the shock of finding myself in a gym when I was handed a red Ferrari Driver Academy t shirt, and pulling it on, I suddenly felt rather privileged.

I was at Ferrari’s Maranello headquarters in Italy to get a unique glimpse behind the scenes at their Driver Academy, and follow a young driver, 19 year old Raffaele Marciello (or Lello) as he prepared to race in the GP2 Series at Silverstone, UK later that week. As money-can’t-buy-experiences go, this had to be one of the best.

It was difficult to concentrate – I was stood in a gym that was set on the edge of Ferrari’s own famous 3km racetrack Fiorano, and I was catching glimpses (and hearing the beautiful roar) of a few Ferrari road cars flashing past, weaving around the circuit. Andrea (now wearing another pair of shorts) is the Academy’s personal trainer, and looks after the athletic training for a handful of drivers competing in different classes, from karting to Formula 1. He was putting us through our paces that morning, and while it was just another workout for Lello and fellow Academy member Antonio Fuoco, I was ready to collapse after the warm-up. We moved from a light treadmill jog to squats and lunges, then back for another run before testing our reflexes on a light-up Batak board – speedily hitting the targets against the clock, or in my case slowly missing them. Next, a series of pull-ups, press-ups and an ingenious exercise that involved turning a steering wheel attached to resistance bands while sat on a giant inflatable ball, with weights on your wrists. While Lello and Antonio ran a few more miles on the treadmill, Andrea showed me some of the more unique pieces of kit in the gym… I donned the 4kg helmet – a regular crash helmet with added lead weights to help the drivers strengthen their neck muscles – and lay on a bench lifting my head up and down. Then it was on to an incredible piece of gym kit the likes of which I’d never seen before; a racing seat and steering wheel, mounted in a chassis-like frame, with pedals and a series of weights and pulleys. Developed by Technogym, the F1 Training Machine allows you to weight train while simulating driving movements – the steering wheel is connected to weights, making it incredibly difficult to turn, while a helmet is attached to weighted pulleys on either side. The forearms and neck muscles get a real workout, and after a few minutes in there it was plain to see these guys needed to be in great shape just to drive their cars.

Andrea decided to go easy on me, and I had a rest while Lello and Antonio finished their workout. They kicked a football around to warm down, trying to outscore each other, and bargaining wins on what they could eat for lunch. Life in the Academy means a holistic approach – physical and mental training and wellbeing, as well as learning driving theory. They spend a few mornings a week in the gym, and add in mountain bike rides out to the nearby hills, and swimming classes. Being an Academy driver is a full-time commitment, but one that reaps amazing rewards.

Training over, I handed back the shorts and reluctantly, the Driver Academy shirt (cursing myself for not asking if I could keep it). We piled into Lello’s dad’s car (his was being repaired), and  Andrea scalded him for showing off – the pair bantered, joking and laughing – it was great to see that the young drivers are cared for, and loved by the people around them. We were now at another entrance to the Ferrari headquarters; the plant is so vast, it’s easier to drive from one end to the other. I was now walking through the main plant ­– almost stopping to pinch myself as I tried very hard not to peer in to the workshops! The not-looking bit was next to impossible, as we passed assembly buildings with doors teasingly ajar, and I was catching glimpses of Ferrari red panels and unidentifiable car parts.

Now in a glass-fronted corporate-looking building, we joined a line of workers making their way up an escalator, only to emerge in a giant hall. It was lunchtime, and I was now in the beating heart of the Ferrari empire – the staff canteen. Dining on delicious pasta, I couldn’t help but admire the attention to detail even here: the Prancing Horse printed on each plate and bowl, and were the tables angled in the same pointed chevron shape that sits atop the Ferrari logo? There were only a few of us in regular clothes, as everyone wore their red or beige branded overalls with pride. We snapped a quick photo of me with Lello and headed back out to the main street that runs through the plant. I lost count of the number of Ferraris that drove past us as we walked back to the car, and I absolutely promise I didn’t stare longingly at their amazing new creation, the LaFerrari, as one roared past on a test drive.

All words and images by Graham Padmore. 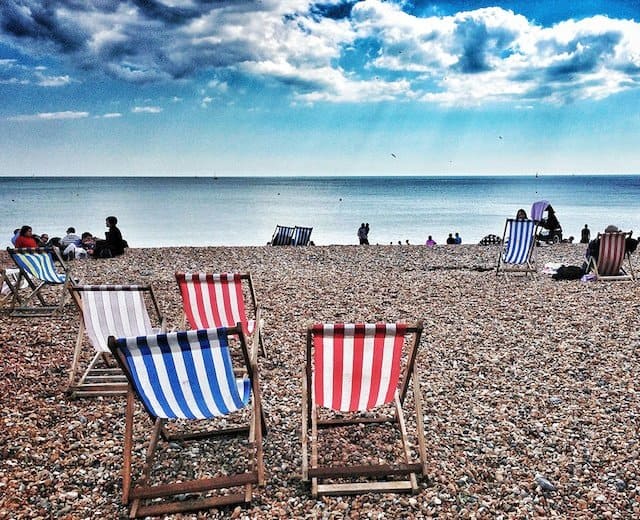 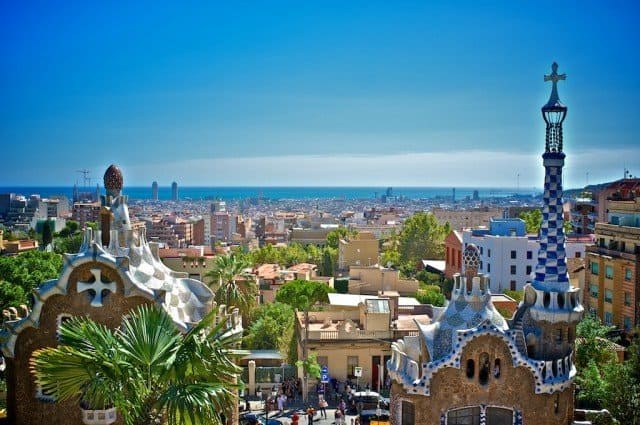