There are more than 7,000 reasons to visit the Philippines, with a coastal length twice as that of the United States. The Philippines boasts stunning and practically endless white sandy beaches and an underwater world which is no less spectacular. It also doesn’t hurt that six months out of a year, you will have nothing but sunshine and tan lines. If you come for the culture and cuisine, you won’t be disappointed: There are that 300 years of Spanish occupation, pre-Hispanic trade with the Chinese, Sri-Vijayan escapees from the Malay peninsula, and aboriginal people keeping up with the demands of 21st-century living. So if you are ready to call it a tropical holiday in a country of more than 7,000 islands, here are 10 of the best and most beautiful places to visit in the Philippines… 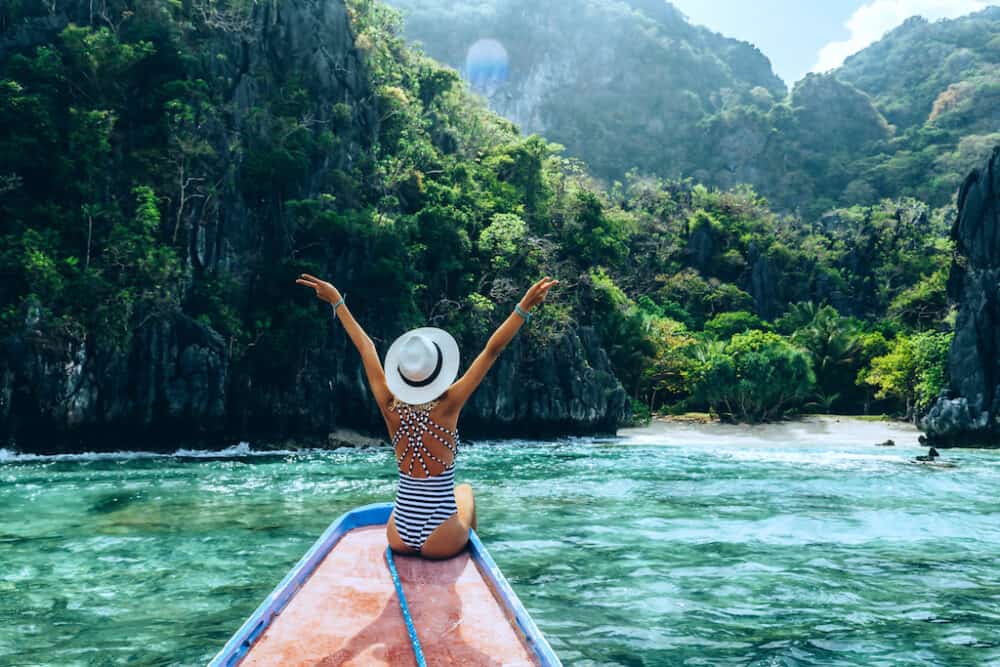 This small beach town perched on the edge of Bacuit Bay in northern Palawan is famous for its more than 50 karst limestones rising vertiginously out of cerulean waters teeming with colourful corals and fish. Named at various times by various agencies to be one of the most promising destinations in the world, El Nido, and the province it belongs to, is an ultimate beach lovers’ paradise without the suffocating forest of beachside hotels (yet) ruining the natural view.

Best explored on an island-hopping spree, El Nido islets and islands hide in their bosoms cavernous depths, sumptuous lagoons, uninhabited stretches of powder-fine, dazzling white-sand beaches, and wildlife not found anywhere else in the country. An arduous ferry ride to the north and an equally long bus ride to the south bring the adventurous traveller to the emerald lakes of Coron and one of the New7Wonders of Nature, Puerto Princesa Underground River.

Hotels and Airbnbs in El Nido 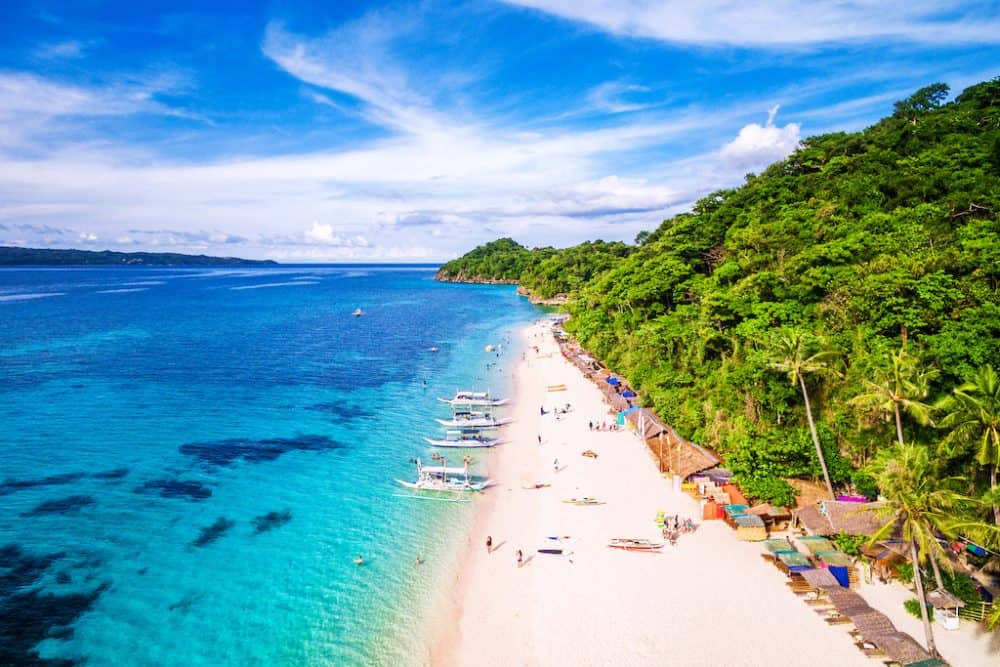 This dog-bone shaped island epitomizes beach bumming and partying from sundown to sun up. Rightfully the beach capital of the Philippines, Boracay’s crown jewel is the 4-kilometre long White Beach whose powder-fine sands and sumptuous turquoise waters give the Caribbean a run for its money. As the premiere tropical escape of the country, Boracay has everything you may expect from a major city – international cuisine, five-star hotels, and riotous, booze-induced nightlife. If you’ve had enough of the madness, escape to Puka Beach to the north where solitude, swaying palms and pounding surf will keep you company.

Hotels and Airbnbs in Boracay Island 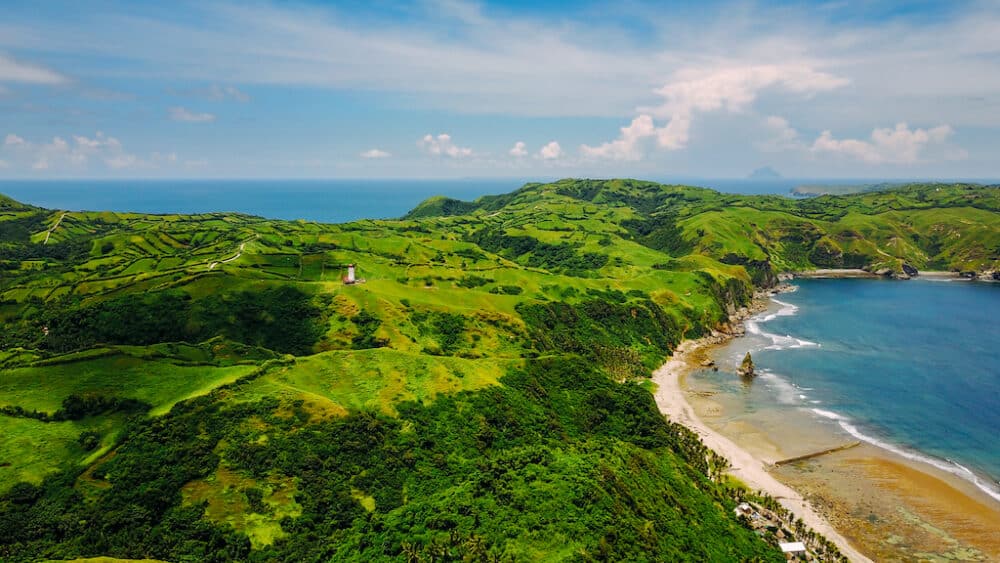 Long-ignored by the lower mainland because of its remoteness, Batan and the smaller islands of Batanes burst into the scene when intrepid travelers crossed tempestuous seas far north and started bringing stories of unspoiled islands floating without care in the tumultuous South China Sea. While amenities are being put into place to make Batanes up to speed, the largest –Batan Island – still beckons with verdant cliffs abruptly dropping to pounding surf below, rolling hills populated by grazing cows, pre-Hispanic settlements, squat stone houses, Spanish-era churches, and a promise of heaven on earth under the milky blanket of stars when power is out and cold beer is at hand.

Hotels and Airbnbs in Batan Island Created in the aftermath of the 1991 earthquake which led to the eruption of the once dormant volcano of the same name, Lake Pinatubo in the province of Zambales in the north-western Philippines has grown to become a destination of choice for weekend warriors escaping the discombobulating traffic and stifling heat of the capital, Metro Manila.

Hotels and Airbnbs in Lake Pinatubo In Filipino folklore, Siquijor enchants with its mystic traditions and equally enchanting native, albeit raw, beauty. A small island floating between central and southern Philippines, Siquijor was once the stronghold of Catholic missionaries in the region best exemplified by well-preserved 300-year-old churches and convent, a national treasure and said to be the largest in the archipelago.

Hotels and Airbnbs in Siquijor This landlocked town in the aptly named Mountain Province of north-central Philippines is a storehouse of Ifugao culture which remains alive and well to this day. Coffins hanging by the cliff-side and unbelievably sculpted rice terraces are as natural scenery as the verdant karst mountains spread out on your feet. Sagada, due to its high-altitude location, opens you up into the world of freezing nights and misty mornings while the rest of the country is parched with sweltering heat.

Hotels and Airbnbs in Sagada This rural town of 115,000 people in southeast Luzon (Northern Philippines) offers a beautiful introduction to the greater Bicol Region, with the perfect cone of Mayon – derived from a local word meaning “beautiful” – volcano in the background. Daraga is a highly agricultural town gradually urbanizing to accommodate the influx of visitors. Despite the hustle of downtown Daraga, there’s a very rural life going on in the rice paddies at the foot of the mountains.

Hotels and Airbnbs in Daraga No other place in the Philippines has held on to their colonial past on a city-wide scale as unfailingly as Vigan. A UNESCO World Heritage Site, Vigan, in the Ilocos Region of north-eastern Philippines, beckons the history and architecture aficionado with narrow, cobblestone streets, Baroque churches, and well-preserved Spanish-era mansions which transport visitors to that era when time flies as fast as the speed of the horse-drawn “kalesa.”

Hotels and Airbnbs in Vigan Apo Island was once a sleepy fishing village far off the well-trodden tourist path. Today, this small island at the foot of Negros is an eco-tourism haven that continues to subsist on marginal fishing outside of the dollars that come pouring in during summer. Put your ocean-going game face on, and leave your worries behind (don’t forget to bring back your trash to the mainland).

Hotels and Airbnbs in Apo Island The transport, commercial, economic and educational hub of southern Philippines, Davao is a delightful mix of “colourful life, wildlife and city life.” Here, you have a city ruled with an iron fist, which means petty thievery is next to non-existent, clean streets are the norm, and the comforts of civilisation – shopping malls, WiFi connection, cafes, universities – are all within arm’s reach. Davao is an expatriates favourite because it is a liveable city within close distance to a wealth of satellite attractions and cultural heritage that the Spanish conquistadores did not manage to subsume. Join the throng of Kadayawan Festival and witness the “lumad” (indigenous peoples) in their traditional thanksgiving celebrations as they beseech divine guidance and express their gratitude with a bountiful harvest and native dancing at the foot of the Philippine’s highest peak, Mount Apo.

Hotels and Airbnbs in Davao City

Marseille, France - a rich tapestry of colour and culture 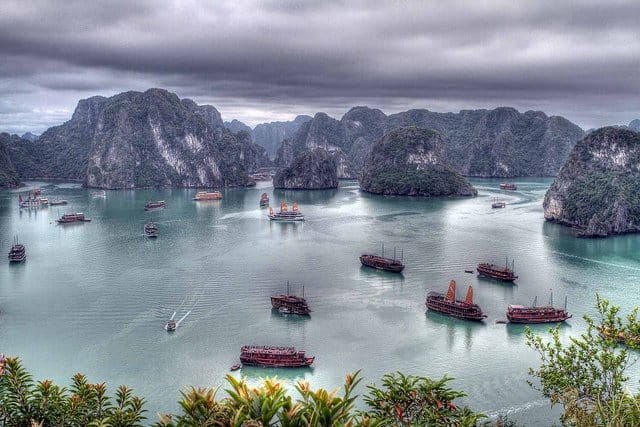 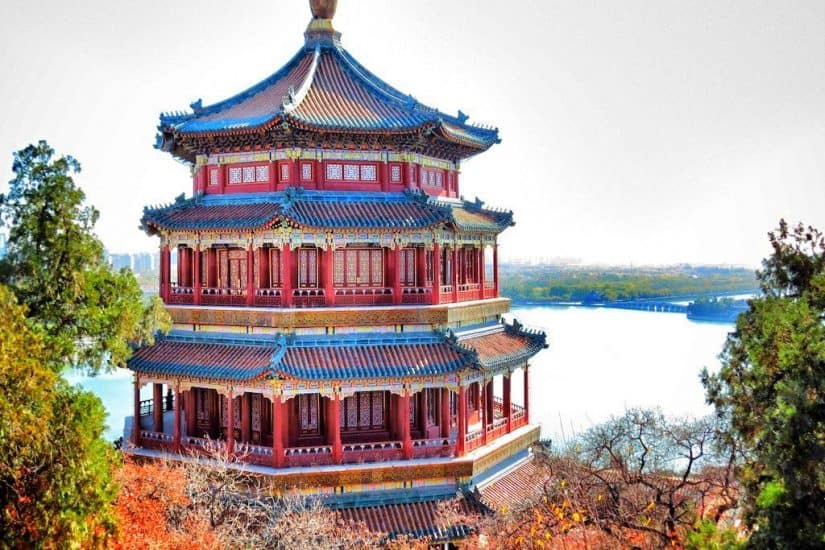 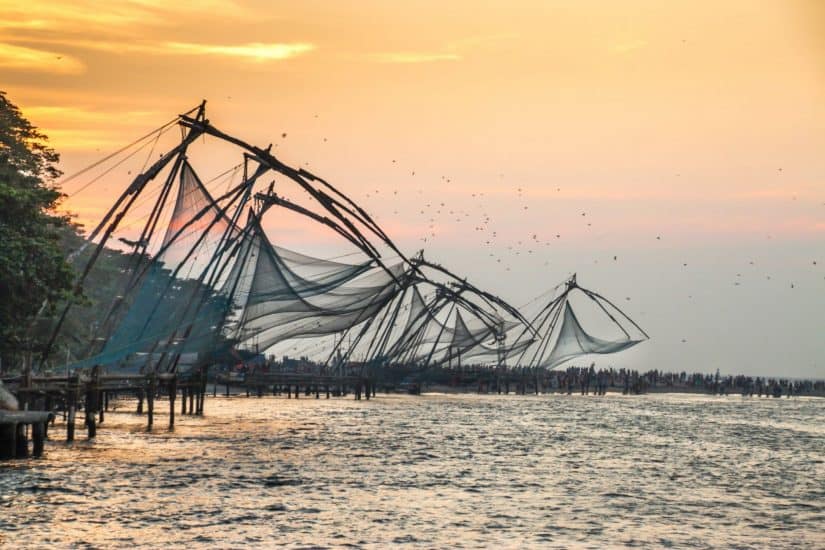 7 reasons why you should visit Cochin, Southwest India