We’re back from our incredible trip to Saint Vincent and The Grenadines (SVG) as part of Liming Live week, and we’re now fully versed in the Caribbean art of liming – taking in cocktails, sunshine, swimming, and sightseeing. As guests of the Saint Vincent and The Grenadines Tourist Authority we knew we were in for a great time, though there was one mountainous challenge to start the week…

As we stood, panting and sweating on the rocky trail, two illegal marijuana farmers passed us, in flip-flops, barely breaking a sweat. They were striding easily up the path that laid before us, and buoyed by their enthusiasm, I wondered how far we were from the top. Unfortunately we were only an hour in, and had another hour and a half to go. The top in question was that of La Soufrière volcano, standing at just over 4000 feet above sea level, and dominating the skyline of the northern half of Saint Vincent island. An active volcano, La Soufrière’s last eruption was in 1979, though there were no recorded deaths. In 1902 it had blown violently, killing over 1600 people.

Undaunted by this, we were on our way to the top, to gaze down into the crater lake, knowing we’d made it to the top of ‘The Sulfurer’. Walking the trail on the windward (eastern) side is easier than the leeward, but for a hiking novice like me, it felt like the most intense physical activity I’d ever attempted. Our expert guide Ozzie, from Sailors Wilderness Tours led the way, almost sprinting on ahead of us, like a machine, while we meandered, puffing and wheezing. He’d climbed La Soufrière many times before, with a record ascent of just 50 minutes. The trail took us through thick vegetation, rainforest and cloud forest, before opening out to a rocky scramble near the top. We passed all manor of flora and fauna, from gekkos to butterflies and even spotted the delicate purple flower of the Soufrière tree – only found on the side of this great volcano.

We dragged our way up, having already lost two of our party. Ozzie’s cries spurred us on, but by now we were stopping every few steps to catch our breath. As we reached the crater’s edge, we were filled with adrenaline, the buzz from having made it to the top pushed us on, and the elation was clear to see. The massive crater stretched out before us, and the 500 foot high central lava dome rose up from the crater floor, still smouldering. The clouds on the far side of the volcano obscured our view of neighbouring St Lucia, and after two and a half hours of gruelling ascent, we knew we’d have to turn back and face the climb down.

The long way down Looking back down the side of the volcano, to the start point three miles or so in the distance, we began our descent, trudging on, hungry and determined. We watched the clouds roll in, only to open above us at the half-way point, providing a welcome relief in the hot and sticky air. After an hour and a half we emerged at the trail-head, exhausted but amazed at our achievement. Ozzie remarked that most Saint Vincentians climb the volcano once, but tell you they’ve climbed it twice: ‘the first time, and the last time’. 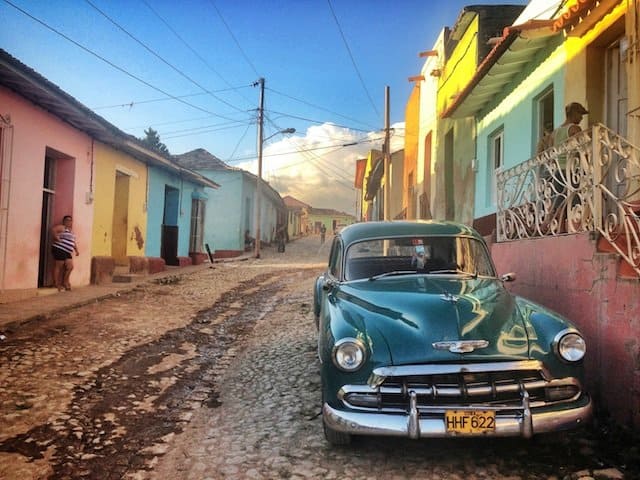 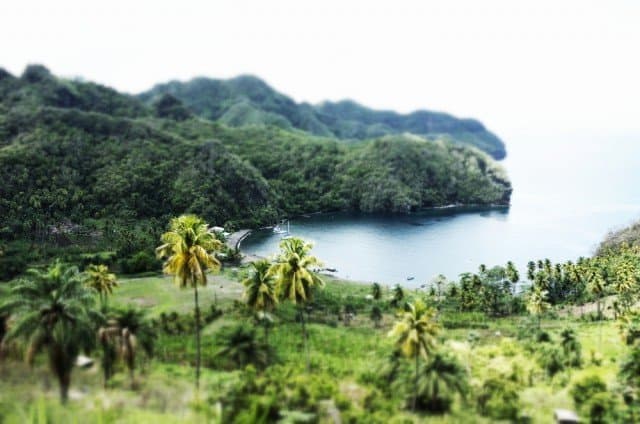 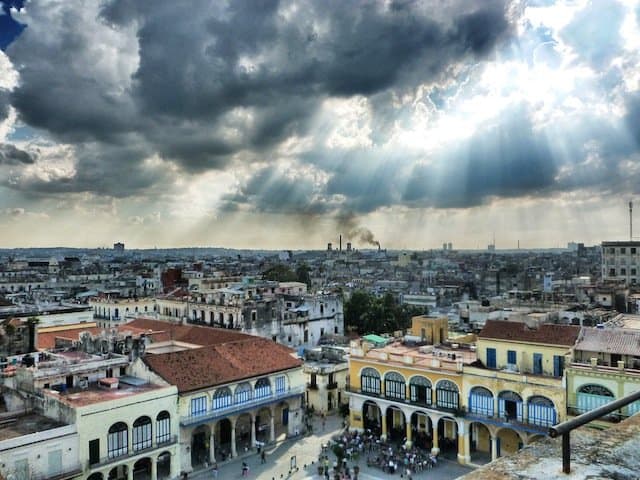