Last October, when the temperature was in the last throes of a typical long Mediterranean summer, Scott Balaam from our team embarked on a whirlwind tour of Spain exploring four cities by train in four days, one of these cities was Tarragona, a small but beautiful coastal city long overshadowed by Barcelona, its more famous neighbour. Here’s why Scott thinks it deserves much more attention as a travel destination…

Before I visited Tarragona I have to be honest and admit I didn’t know much about it at all, but on my whirlwind train journey I discovered a beautiful city which would make a superb city break away from the crowds – here you can beautifully combine a mix of laid-back beach life and impressive ancient history. Blessed with an ancient walled old town, UNESCO-listed Roman ruins as well as a collection of fine sandy beaches and natural surroundings, it’s a place where I would have loved to stayed a lot longer. 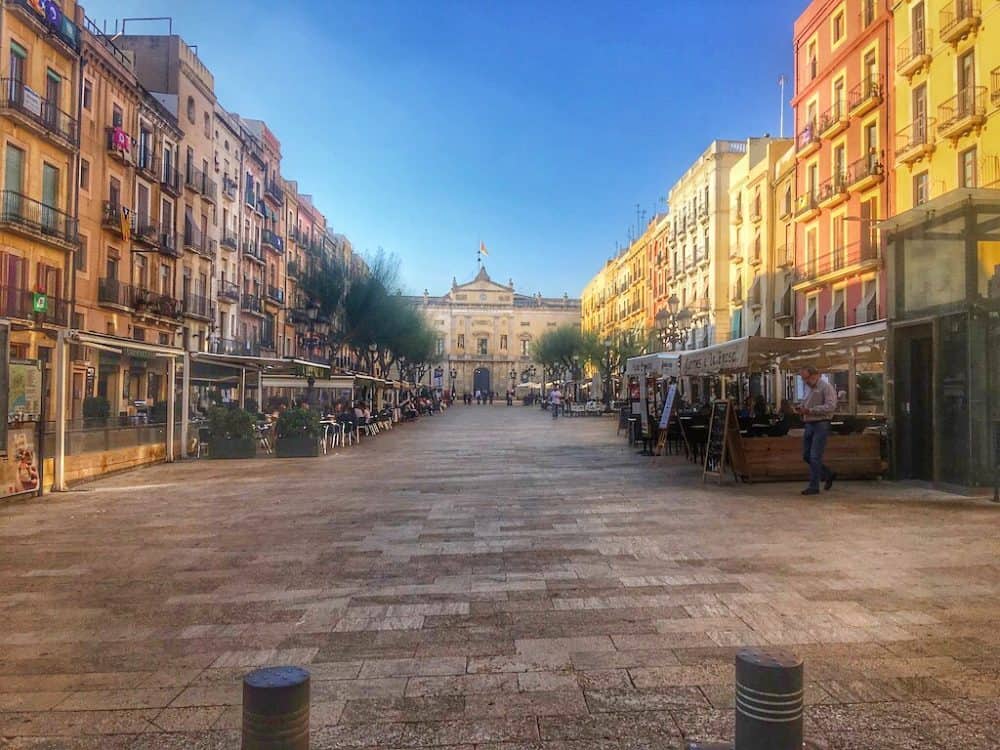 The picturesque small port city is located on northeast Spain on the Costa Daurada and was founded before the 5th century BC and one of its stand out features includes the imposing amphitheatre which overlooks the Mediterranean sea and once held up to 14,000 spectators. Once the capital of Hispania, you can spend hours wandering around the late 3rd century city walls, gazing in awe at the necropolis and amphitheatre, and strolling the city’s buzzing main street, Rambla Nova which is lined with fabulous bars and restaurants.

A bit of history 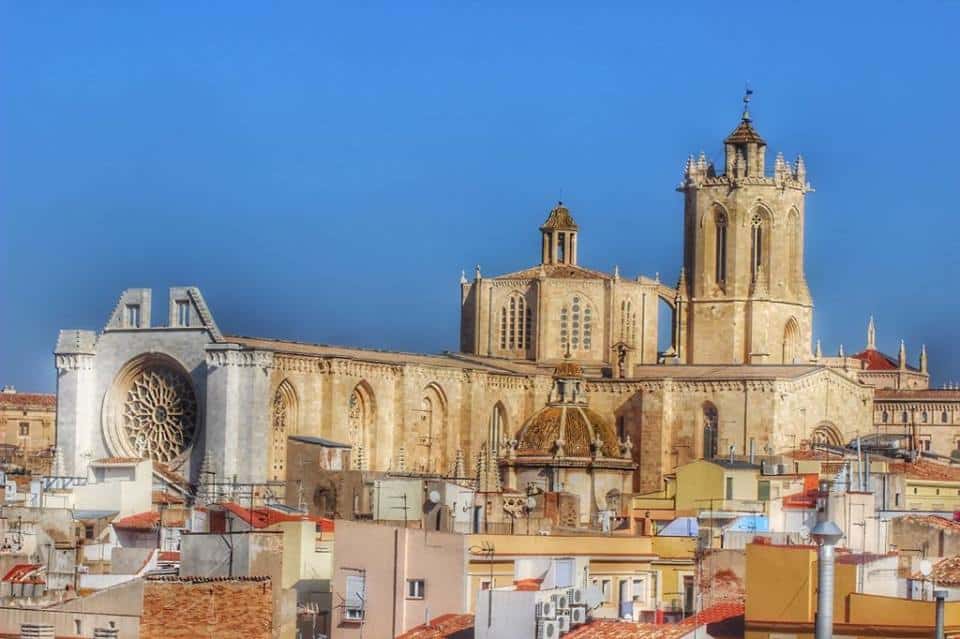 The medieval part of the city is known as La Part Alta de Tarragona and this is the part where you feel like you’re walking around a Game of Thrones set! It’s home to a very impressive collection of Roman ruins and artefacts and also a gothic cathedral, and in 2000 Tarragona was named a World Heritage City by UNESCO. The Roman ruins of Tarraco are truly inspiring and it’s believed that part of the Cyclopean walls actually pre-date the Romans. 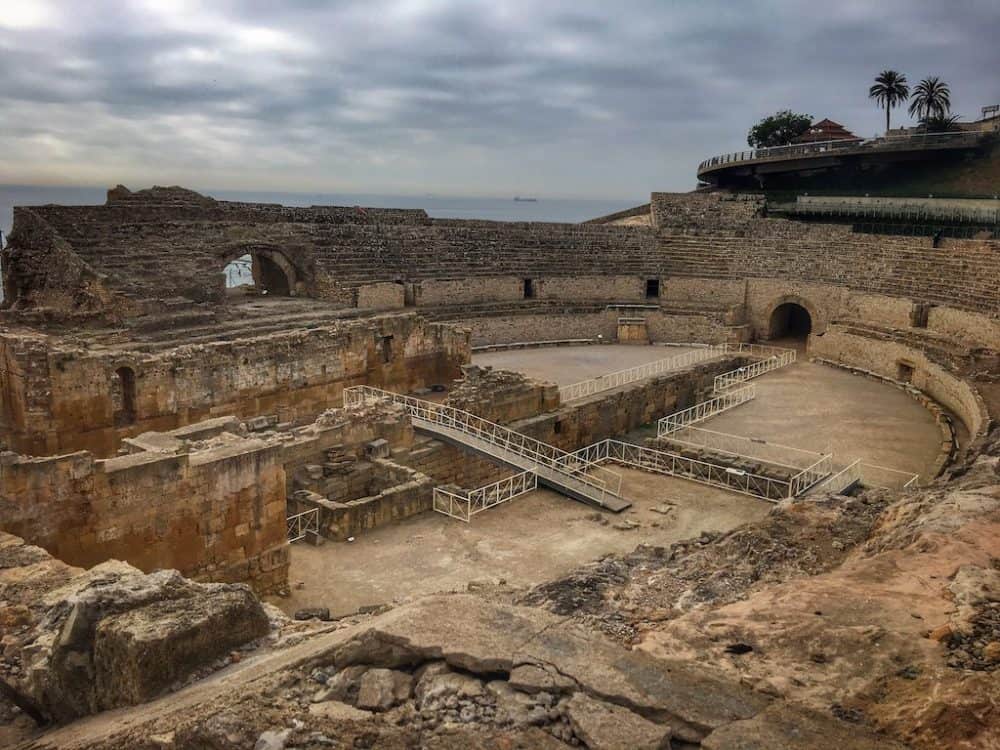 The focal point of the Old Town is the Tarragona Amphitheatre which was built between the end of the 1st century BC and the start of the 2nd Century BC. It used to be able to hold around 13,000 spectators and saw numerous gladiator battles and executions. For just €3.30 you can go and explore – and unlike the Colosseum in Rome you won’t have restricted access. The Roman Circus of Tarragona is another special place and one of the best-preserved sites of the Roman Empire. It was similar to Circo Massimo in Rome but held around 20,000 spectators and incredibly today some of the original walls still exist and can be admired. Tarragona’s impressive surrounding walls were built by the Romans in the 2nd century BC and you can still see 1100 metres of the original 3500 metre long wall. They are in fact the oldest Roman construction still standing outside Italy.

We also have an article on the 20 Of The Most Beautiful Places To Visit In Turkey. 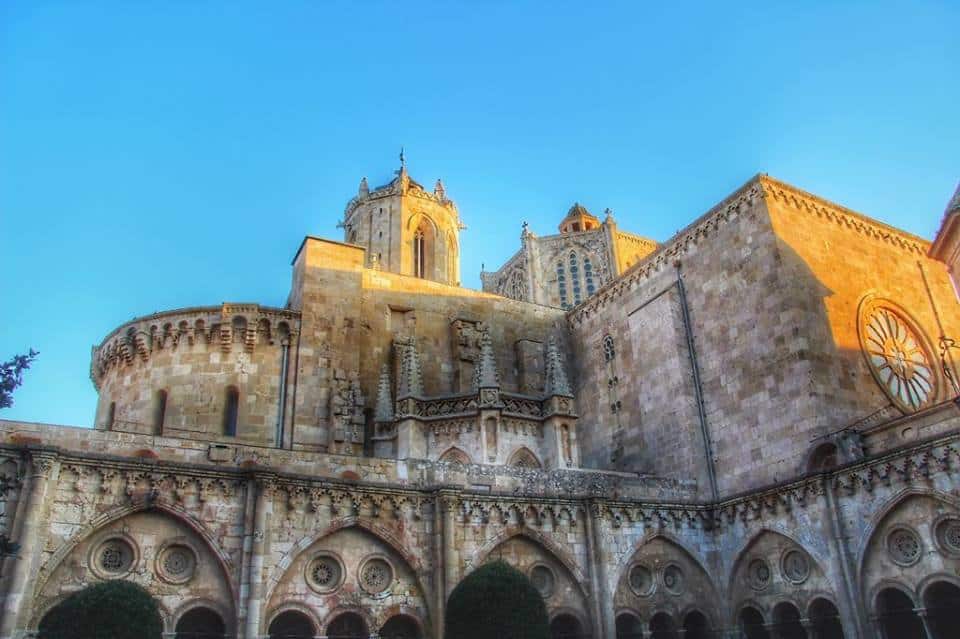 All major cities have a cathedral, but the tour of Tarragona’s Cathedral of Santa Maria offers something a little bit different. The locals are justifiably very proud of their beautiful cathedral and here you can go on a tour lasting around two and a half hours – the guide will show the Cloister, the Treasure, the Diocesan Museum and the Roman temenós as well as a special treat of visiting the bell tower. If you can, try and arrange your tour when the bells are rung, although be warned they can be very loud! 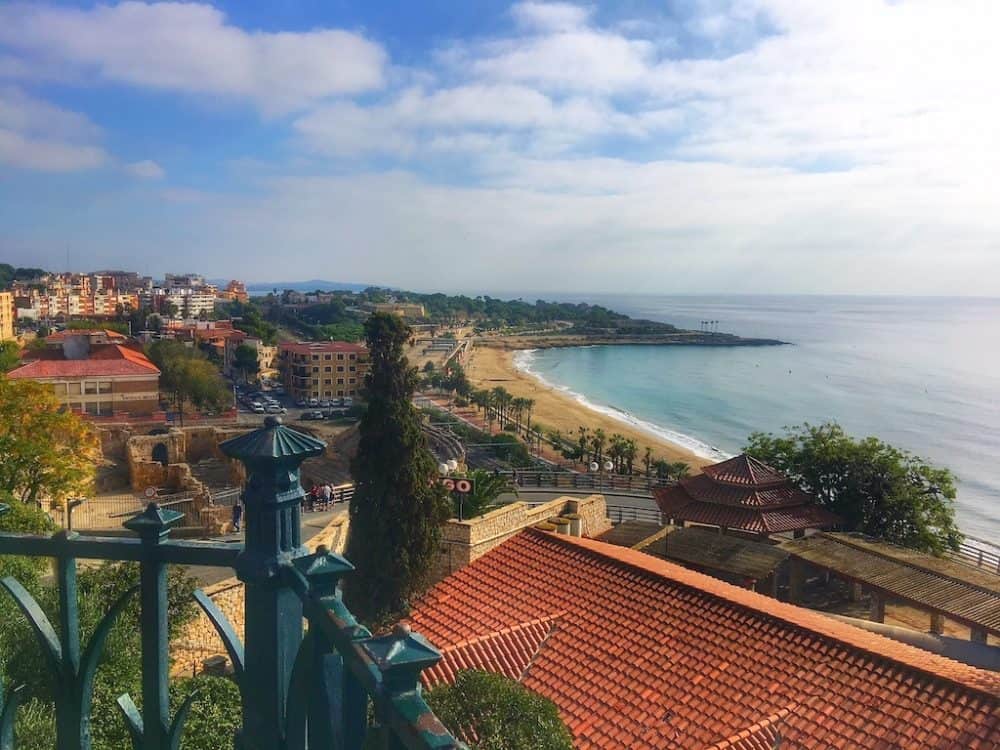 The area of Costa Dorada is known as the ‘Golden Coast’ due to its miles of sandy beaches and there are approximately ten miles of beach to choose from, so yep you really are spoilt for choice! The local beach for Tarragona is known as El Miracle which is 500 metres long and only a short stroll from Rafael de Casanova promenade. A family-friendly beach not far from the city centre is L’Arrabassada Beach or alternatively (and if you’re feeling a little braver) you can always opt for the nudist beach La Savinosa. The longest beach in the area though is Playa Larga which is three kilometres long and makes a peaceful spot for sunbathing or swimming.

Beaches aside, I would also recommend a visit to the Balcon del Mediterranean which is a balcony at the end of the Rambla Bova right next to the amphitheater. The views of the sea are truly wonderful here and it’s a great place to kick back and take in the beauty of it all! 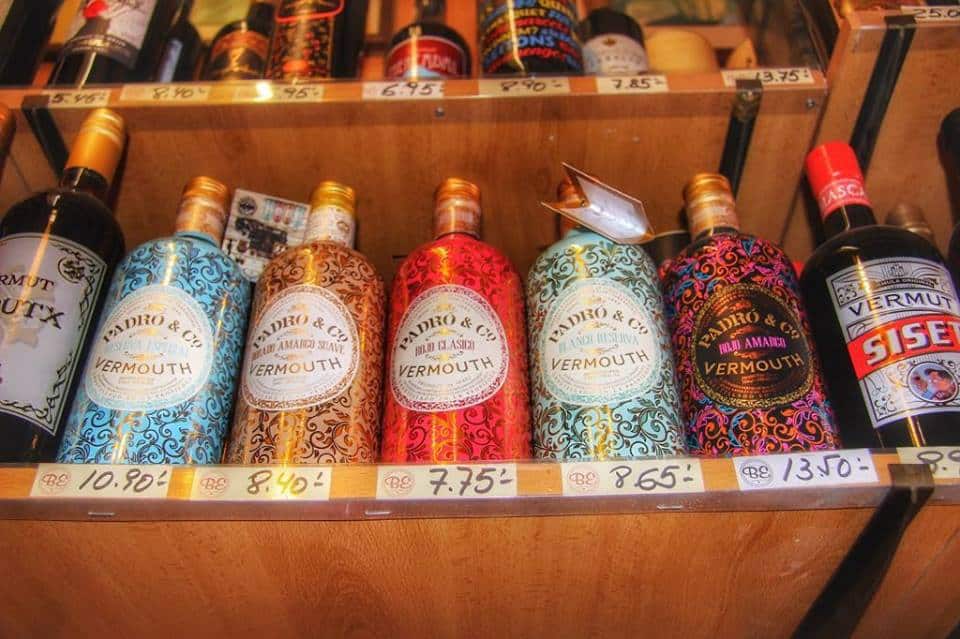 Being located next to the sea, fish is the best option for dinner in Tarragona – make sure you try ‘cassola de romesco’ which is a casserole with fish. Tarragona’s red prawns are very famous and extremely tasty – if you see them on the menu then it’s something that should be ordered! You should also make the most of Spain’s ‘Menu del Dia’ (Menu of the Day) where you will get to taste traditional and sometimes more modern dishes at a fair price.

No trip to Tarragona is complete without trying some Vermouth. Whilst it’s a drink that originated in Italy, the locals in Tarragona see it as one of their own. I recommend heading to Plaza del Rey to enjoy a fresh vermouth on a terrace and indulging in a spot a people watching.

Travelling around Spain by train is surprisingly very easy and efficient. High-speed AVE trains (Alta Velocidad Española) link major cities at up to 186mph, and if you book in advance online you can find some great deals on fares at the official Spanish rail website, www.renfe.com. This page will give you all the information you need on how to travel cheaply around Spain by train and do the same kind of tour we did! 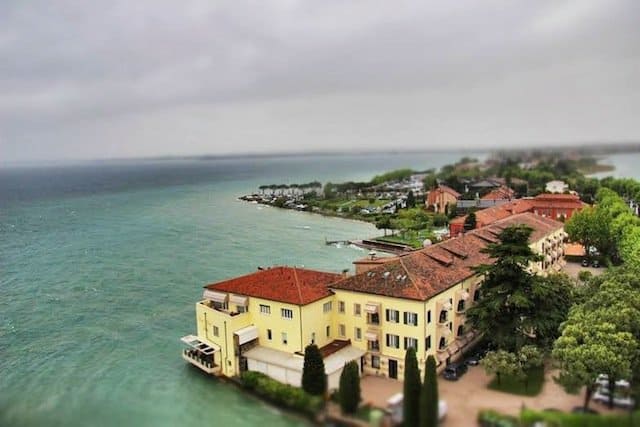 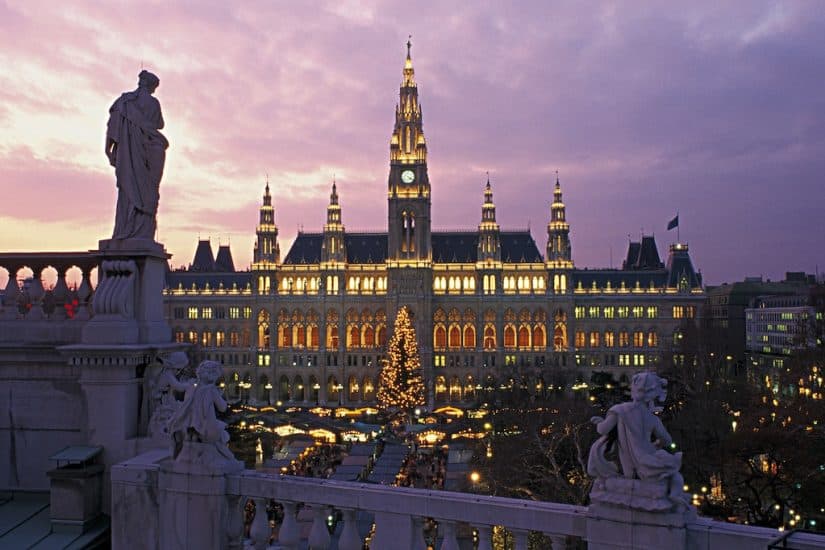 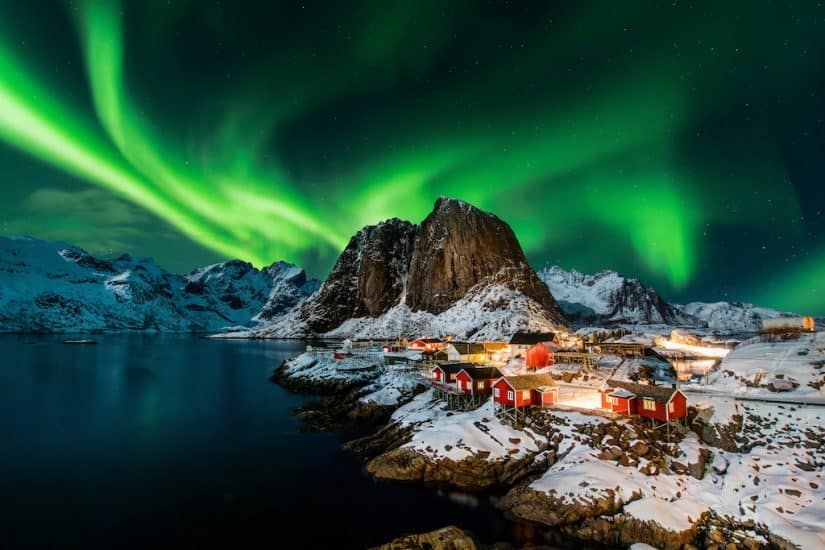