A country of extreme idiosyncrasies, and an infectious passion and friendliness unlike any other country I’ve visited, Cuba is easily one of my favourite travel destinations in the world. While the country receives an increasing amount of curious visitors, most never leave Cuba’s captivating, chaotic capital Havana. Trinidad – Cuba’s second most visited city – offers a more laid back taste of the country’s colourful colonial past. Once a prosperous and thriving city, although it’s a 4-hour drive from Havana, it’s an easily accessible place to visit and makes a great addition on a tour of Cuba which would include Havana, Vinales and one of the idyllic islands located on the North Coast (we visited Cayo Santa Maria). To fully immerse yourself into Trinidad’s magical atmosphere, here is how I would recommend making the most of your time there… 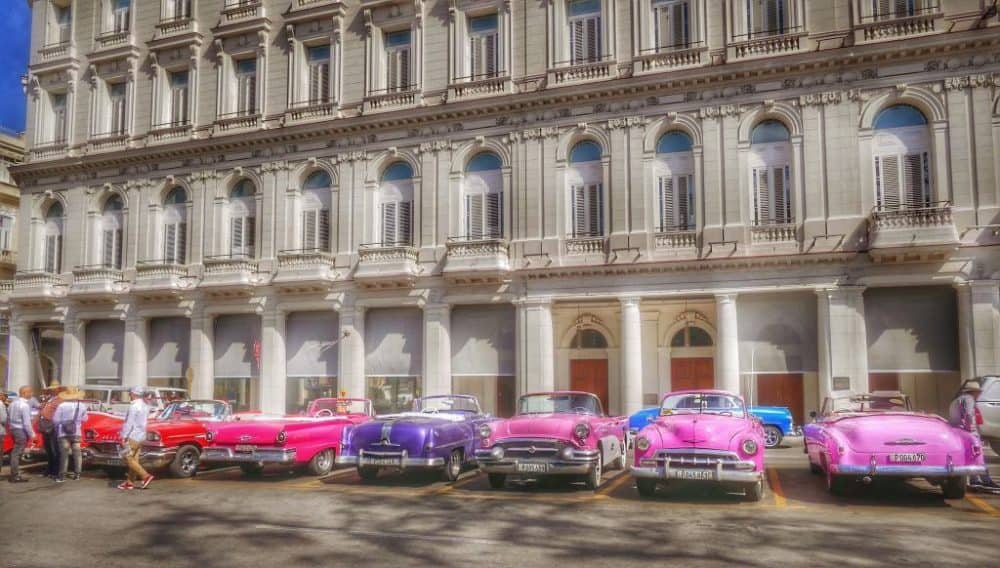 We took a flight from the UK to Cuba via Miami, using JustFly to search and compare the best deals. We stayed in Havana for a week then took a private taxi to Vinales which cost around $100 and took around 3 hours to get there. From Vinales it was easy to arrange taxis (either shared or private) or coaches to Trinidad (from as little as $15 for a coach passenger ticket) and this journey took around 6/7 hours.

Stay in a beautiful colonial casa 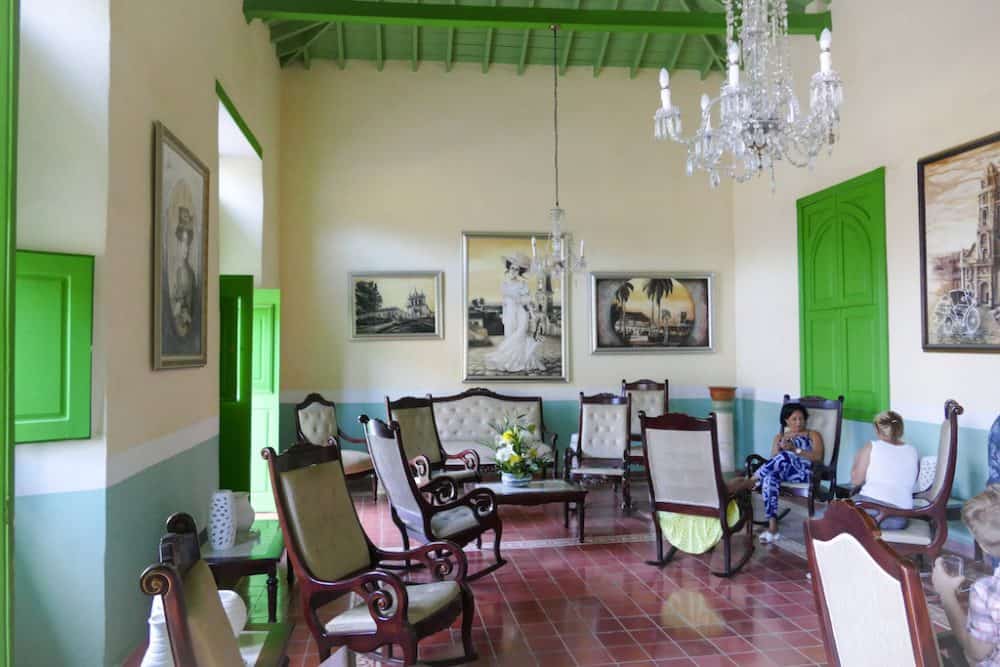 Trinidad is a place almost unchanged since the sugar trading era and is brimming with elegant Spanish Colonial residences, many of which have been restored to their former glory. They aren’t many large hotels in the city but one of the biggest draws of the city is the chance to and stay in one of the beautifully restored colonials which act as “Casa Particulares” or small boutique hotels. We stayed in La Calesa Hotel a centrally located colonial house converted into an attractive boutique hotel complete with a pretty courtyard and small dipping pool. 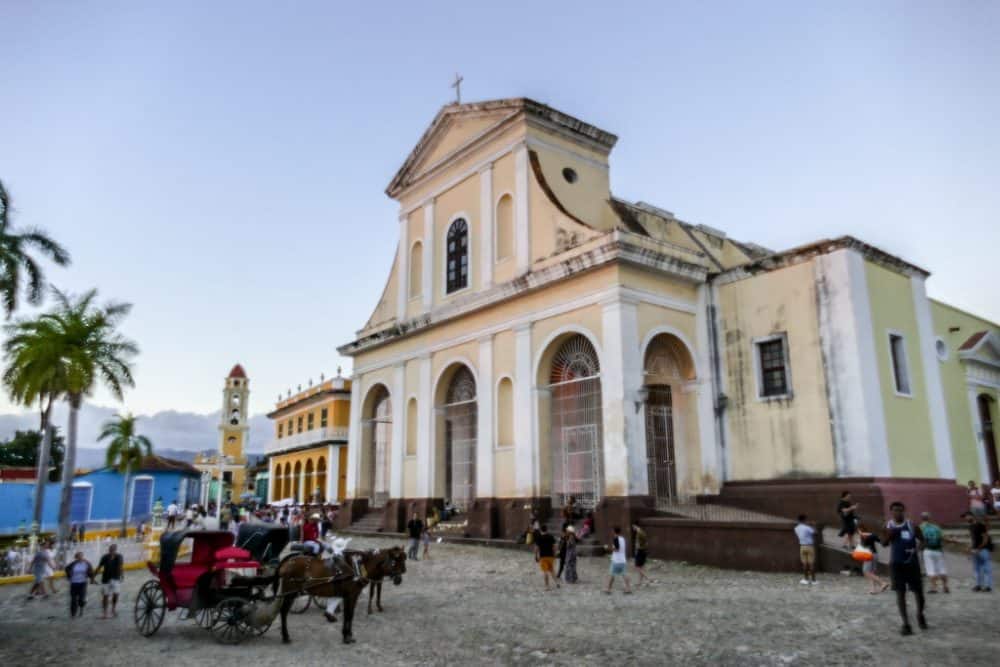 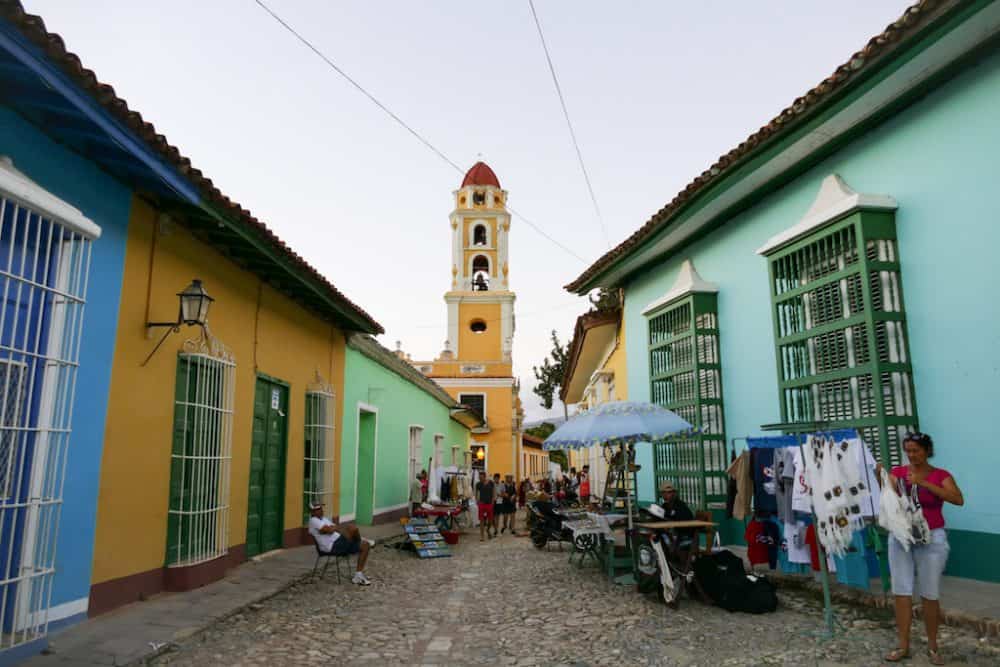 Declared a world heritage site in 1988, the old town is a beautiful and well-persevered jumble of steep cobbled streets flanked by elegant colonial houses (once owned by the wealthy landowners of the city) and arts and crafts markets, and is easily one of Trinidad’s highlights. Although everyone else thinks so too and it’s definitely one of the busiest parts of the city where hordes of tourists congregate and souvenir shops are quick to cash in on the tourist dollar. The plaza is a very easy-on-the-eye neo-baroque style square dotted with a striking church, a yellow-and-white bell tower which offers a stunning panorama all the way to the beaches and clutch of vibey alfresco restaurants. A great way to explore is to opt for one of the free walking tours in Trinidad.

Go to the coast (and also check out the waterfalls too) 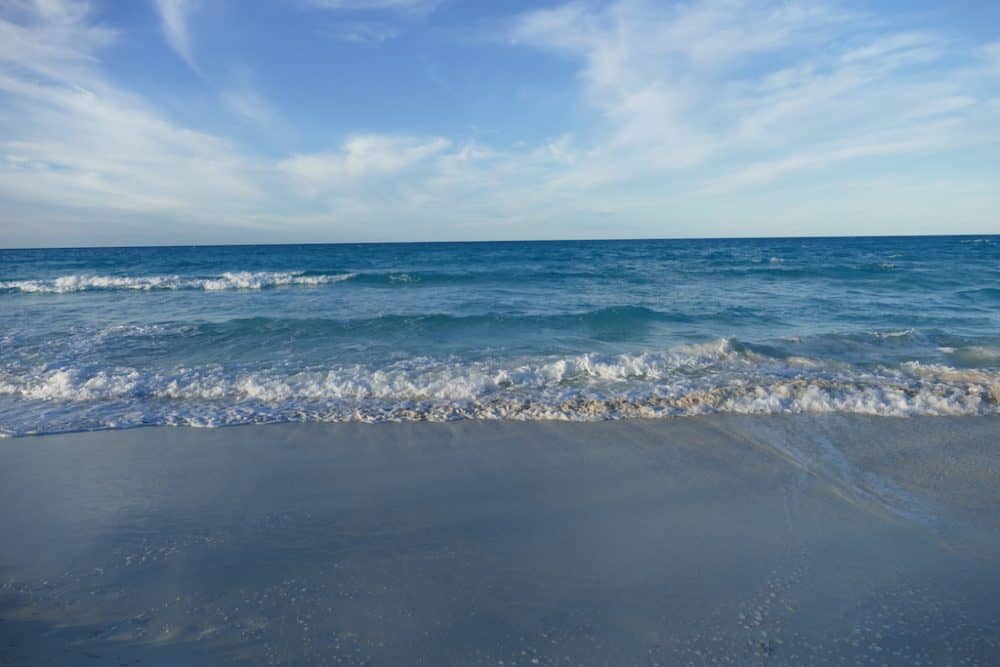 Trinidad is surrounded by lush hills, valleys and a handful of beautiful waterfalls (Parque el Cubano: the nearest waterfall to Trinidad) which are perfect to explore by hiking. Fancy something a bit less strenuous? Try the beach instead. Playa Ancon – a typically idyllic Caribbean beach considered to be the most beautiful beach on the South coast of Cuba – is located 7 km away from the town centre and can be easily accessed by taxi, bus or bike.

Dine in a boutique or rooftop restaurant 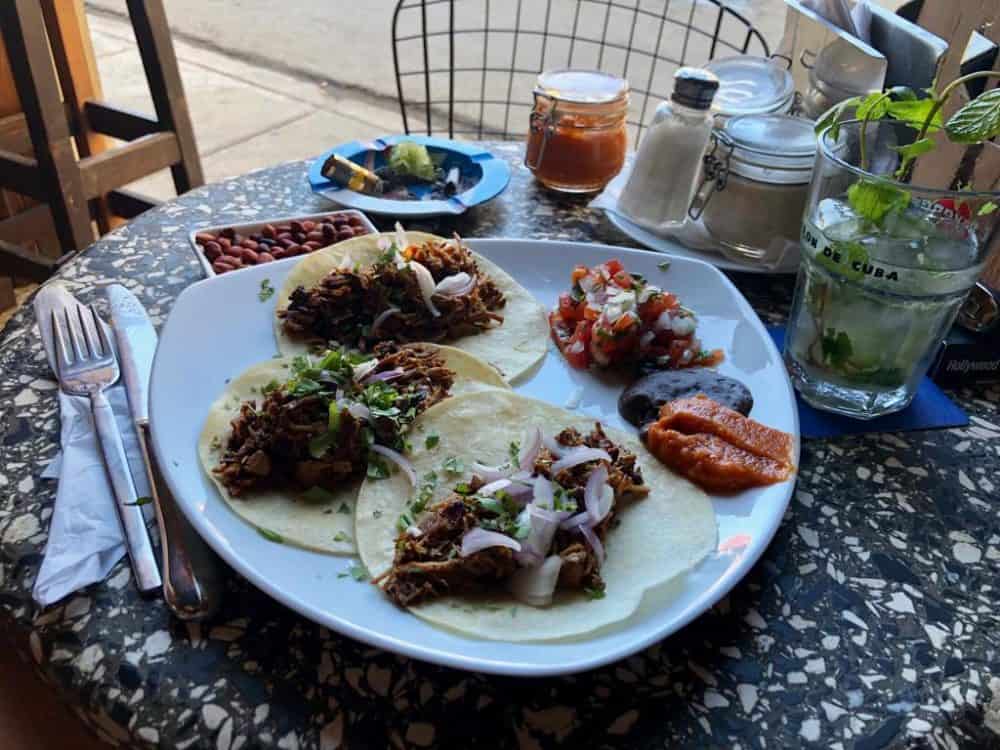 Dining out in Cuba has got better and better over the last few years and in Trinidad and many of the lively restaurants along Simon Bolivar Street (colonial homes-turned-eateries) feature both good food and live music. There are an also increasingly amount of boutique and rooftop restaurants which make for an atmospheric and elegant night out.

Go on an evening bike ride 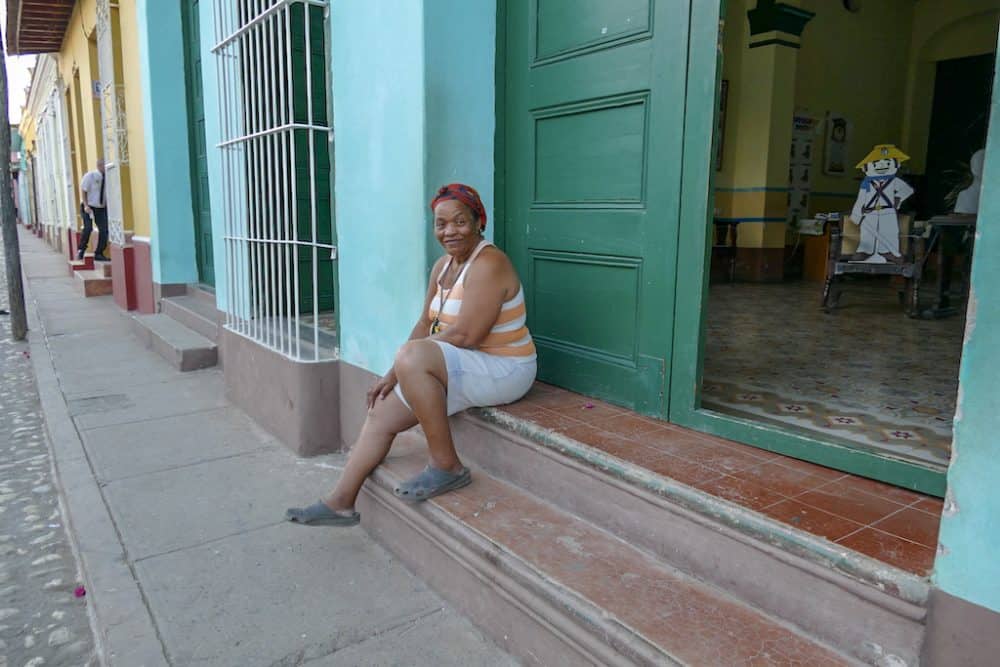 The evening is when Trinidad really comes alive – this is when the almost unbearable daytime heat mellows and the colourful streets from the sidewalks to the squares come alive with the sounds of trombones, trumpets, drums and guitars. Hire a bike or rickshaw and explore the backstreets where you’ll be greeted with friendly smiles and holas from the vast majority of the locals. 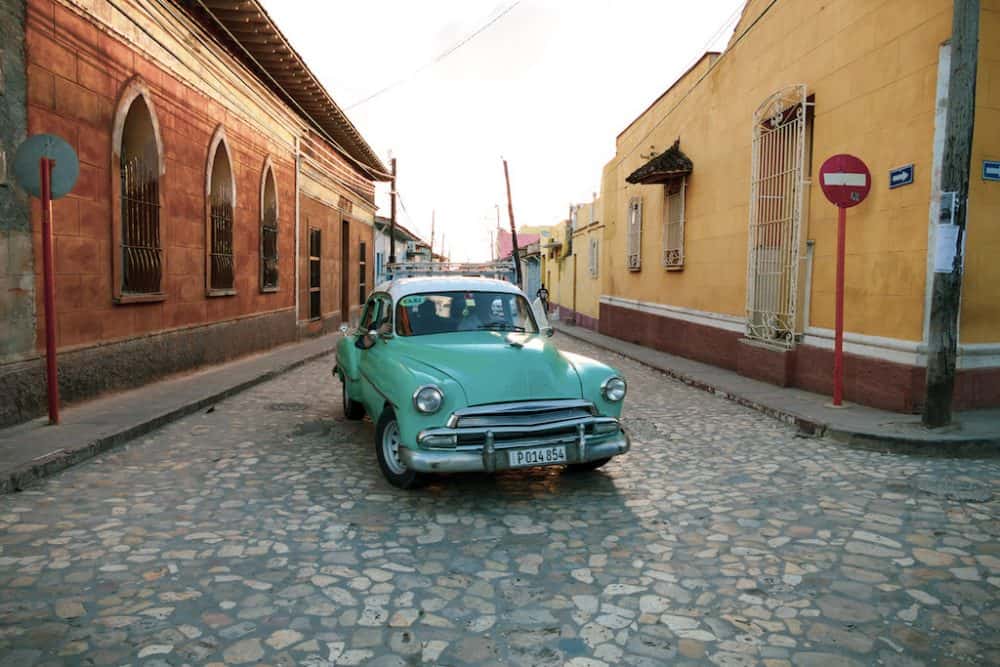 This is a typically touristy thing to do in Cuba but it’s still an unmissable part of the Cuba experience. The vibrant streets are dotted with beautifully preserved and restored classic cars – a hangover from the time when Cuba was America’s playground. By far away the most striking cars on the streets of Cuba are the huge luxury sedans imported by the most wealthy and Trinidad is a perfect place to step back into automotive time and ride around in one – just remember to agree on a price before setting off! 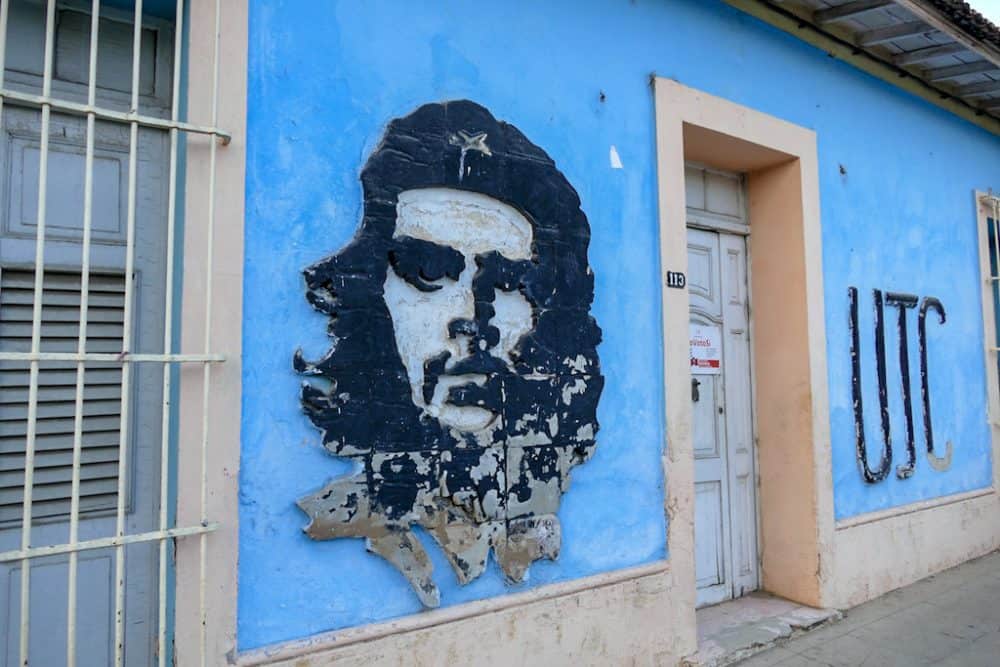 While Havana is an in-your-face assault on the senses, Trinidad offers a soulful respite but still with all the interesting attractions that only a city can offer. Slow your travelling pace, kick back and just take in Trinidad’s wonderful laid-back local vibes. 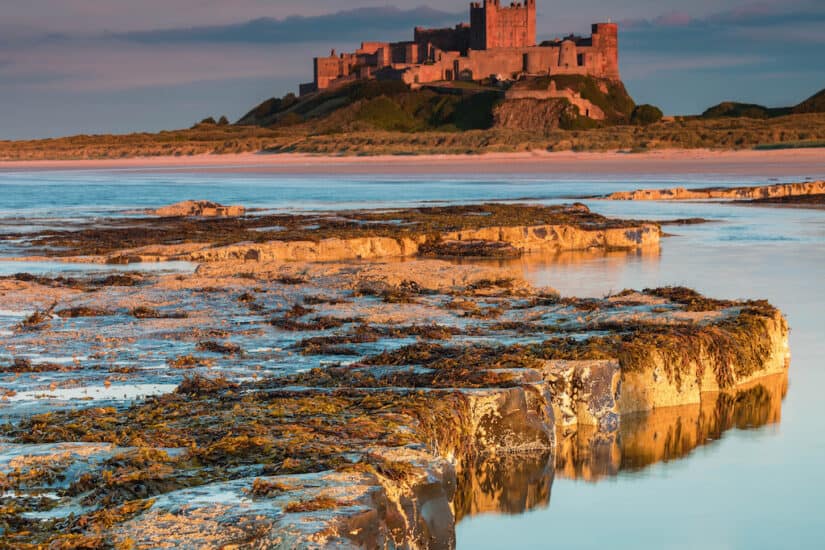 16 of the most beautiful places to visit in Northumberland 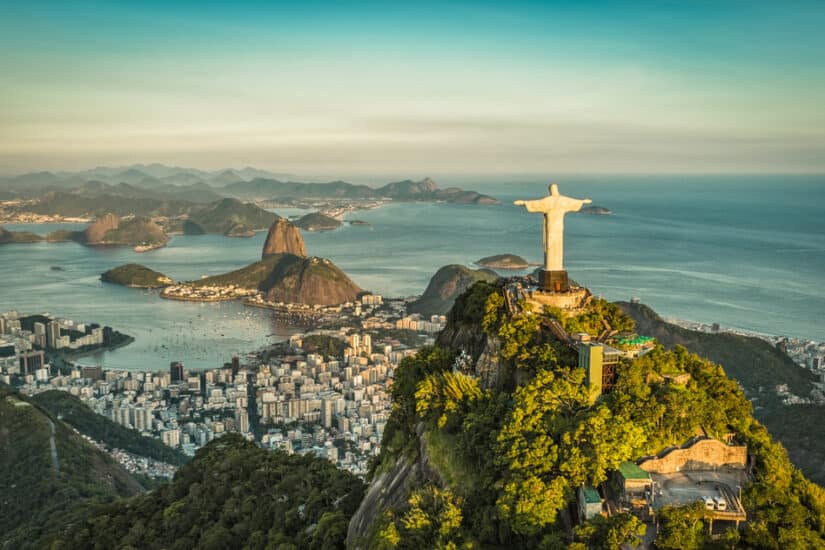 20 of the most beautiful places to visit in Brazil 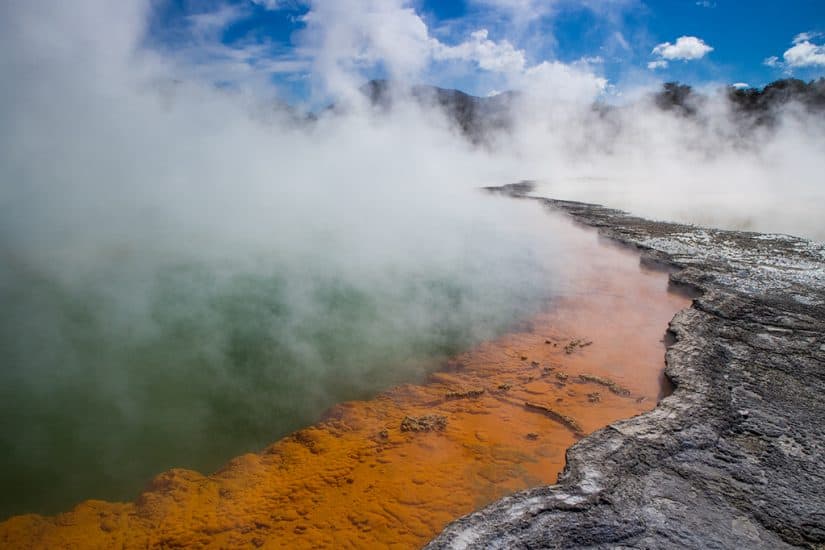