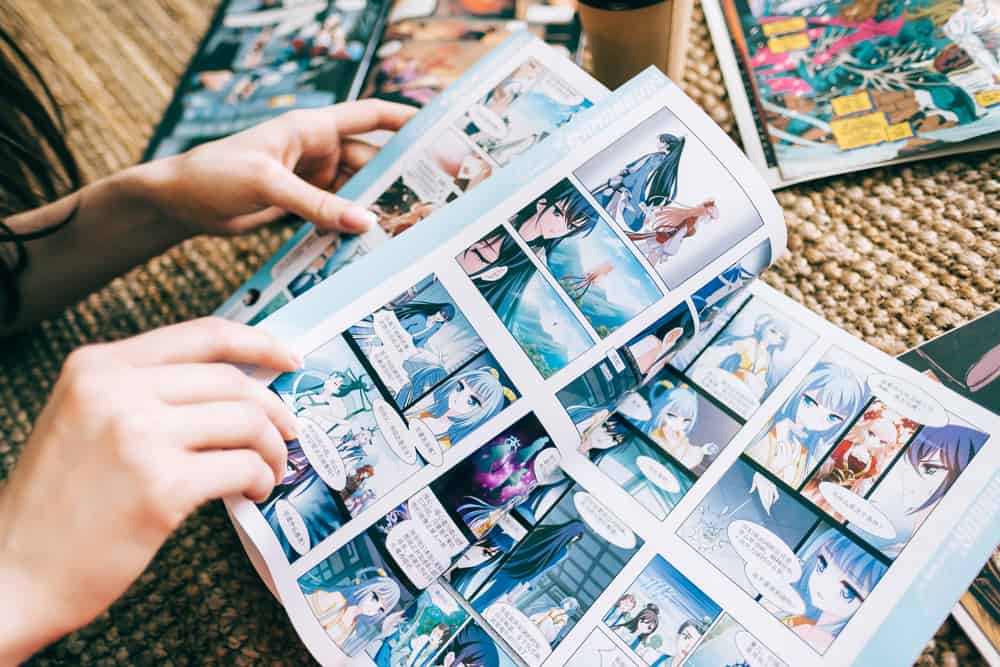 In such a hipster city, you’ll know there will be plenty of choice when it comes to comic book stores. From Manga and cartoons to DC and Marvel (and everything in between), here are the best comic book stores in Portland, Oregon… 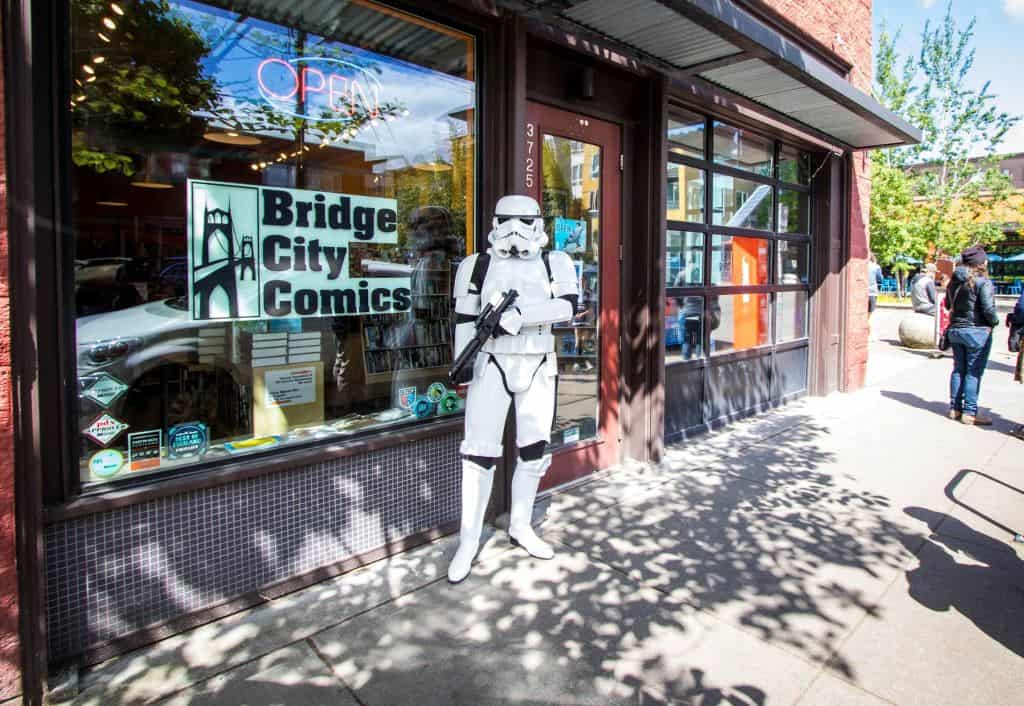 When you sell your comic books, graphic novels, or magazines, you can get a company check, store credit, or a mix of both depending on your preference. They are open Tuesday through Saturday and closed on Mondays.

2. Floating World Comics – a very cool indie shop with an expansive collection of comics books and much more 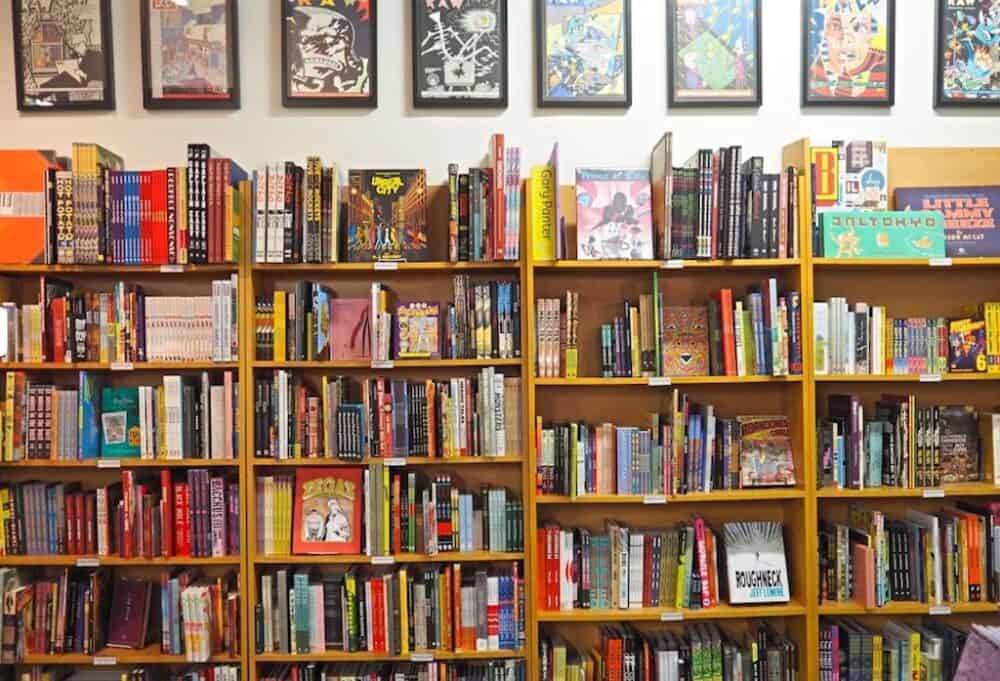 It’s worth a visit to Floating World Comics because of its indie-themed environment of a comic book shop that’s different from other local shops of its kind. You can even purchase a selection of old records, toys, and graphic novels.

3. Things From Another World – premier retailer of comics that offers home delivery and free in-store pickup 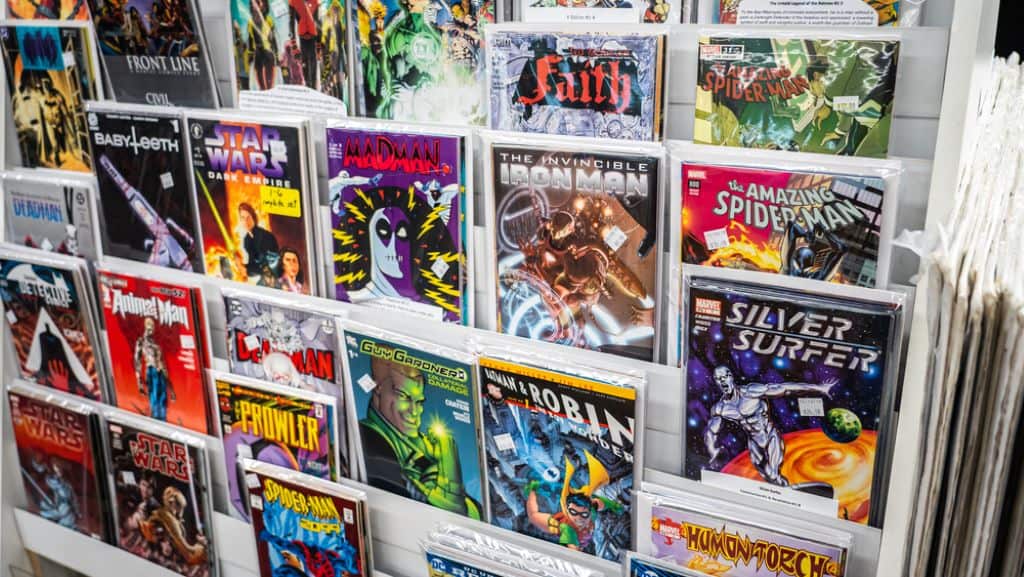 Get your fill of comic books, manga, board games, card games, and more at Things From Another World. It’s worth a visit to this comic book store because you can take advantage of 20% pre-orders of their entire selection of products. Hence, if you purchase a product before it’s released on the market, you save more rather than waiting to buy it once the product hits the shelves.

Located in Milwaukie’s Main Street area, the store is open Tuesdays through Sundays and closed on Mondays. Definitely one of the best comic book stores in Portland, Oregon. 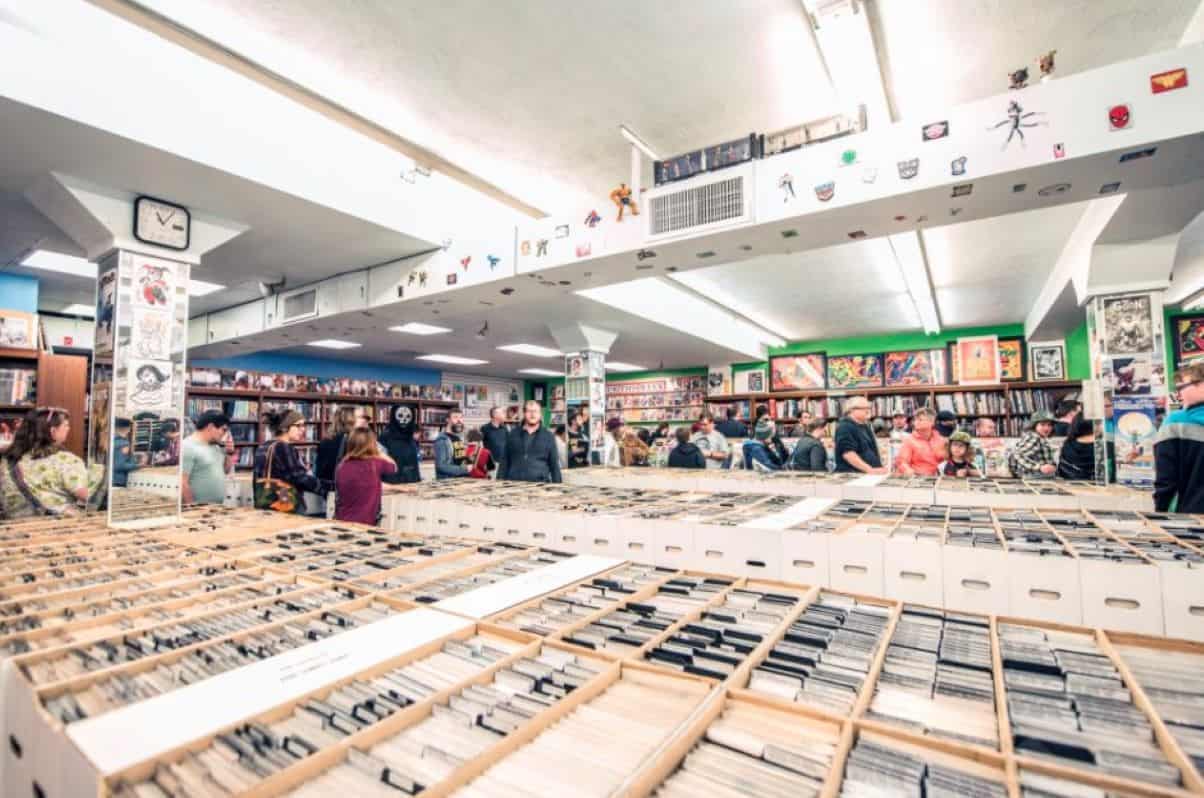 Excalibur Comics is a family comic book store business located in the Hawthorne District, co-owned by a father and daughter duo. Costumed characters such as Spider-Man and Batman have visited the store before for kids’ events.

It’s worth a visit to Excalibur Comics because of their experience in the industry being the oldest comic book store in Portland. Visit a piece of Portland history while enjoying modern and throwback comic book titles.

The store is open every day except for Tuesdays and Sundays.

5. Monkey Comics – a comic outlet perfect for hardcore collectors or if you are just getting into it 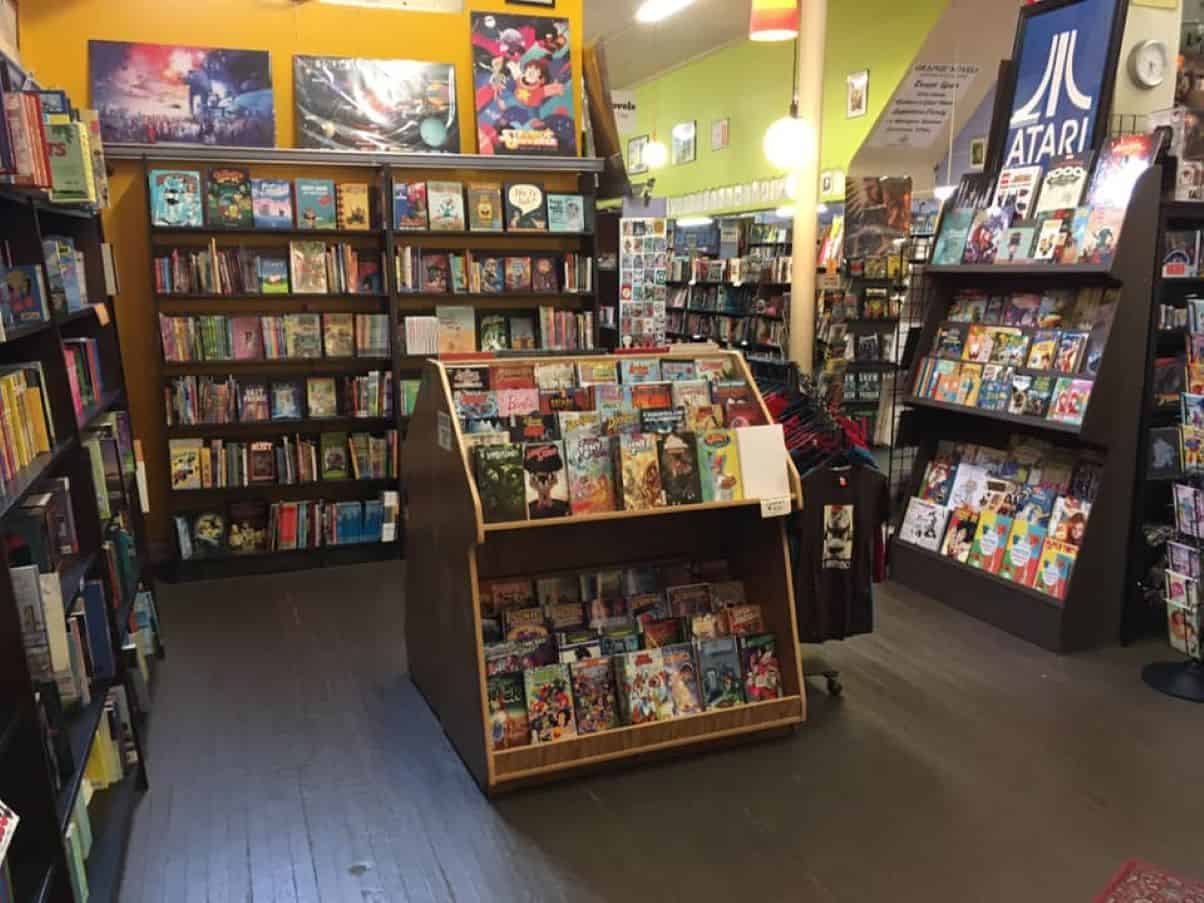 Cosmic Monkey Comics stocks new, used, and back-ordered comics and manga. It’s worth a visit here because of its special selection of kids’ and young children’s titles at the Sesame Street lamp post inside of their store that includes books from cartoons such as Scooby-Doo, Spongebob, Archie, and more. Their motto is that the monkey says, “Read comics and get smarter.”

Located in the Rose City Park District, Cosmic Monkey Comics is open daily from 11 am to 7 pm.

6. Fallout Comics – the only shop in Portland to offer a discount warehouse for comics book 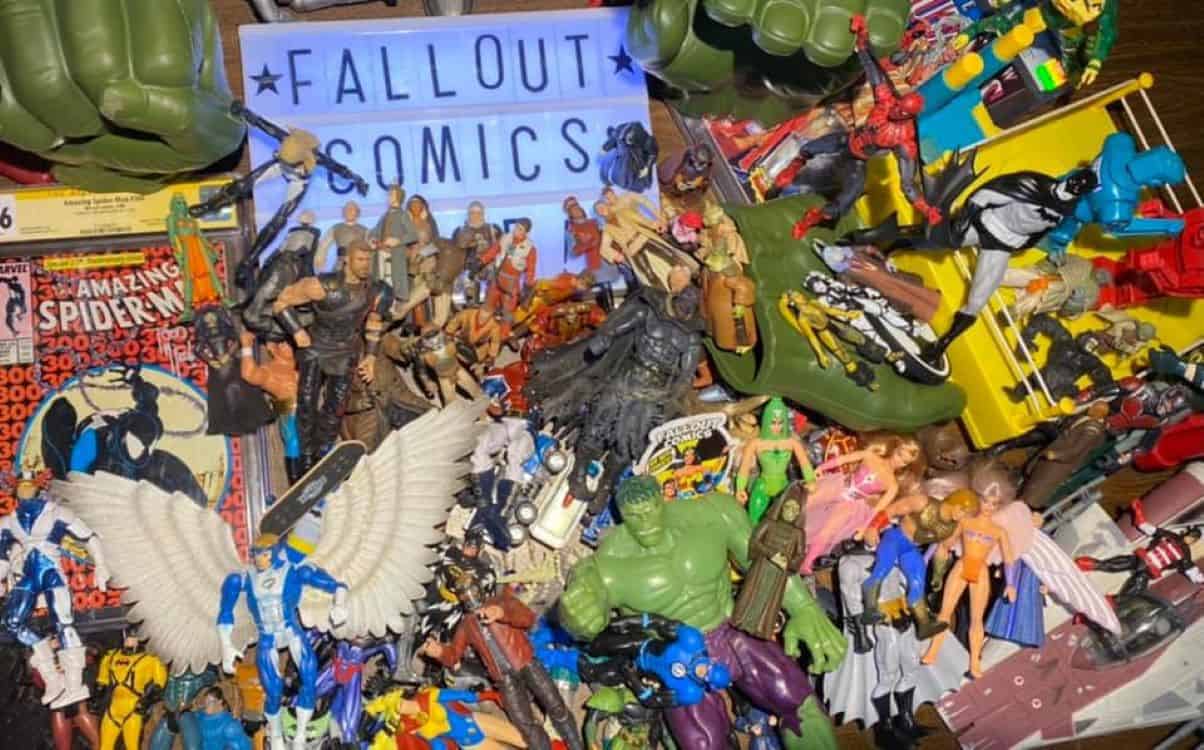 Located in the Brentwood-Darlington neighborhood of Portland, Fallout Comics is open daily with abbreviated hours Monday through Friday and longer operating hours on Saturday and Sunday. 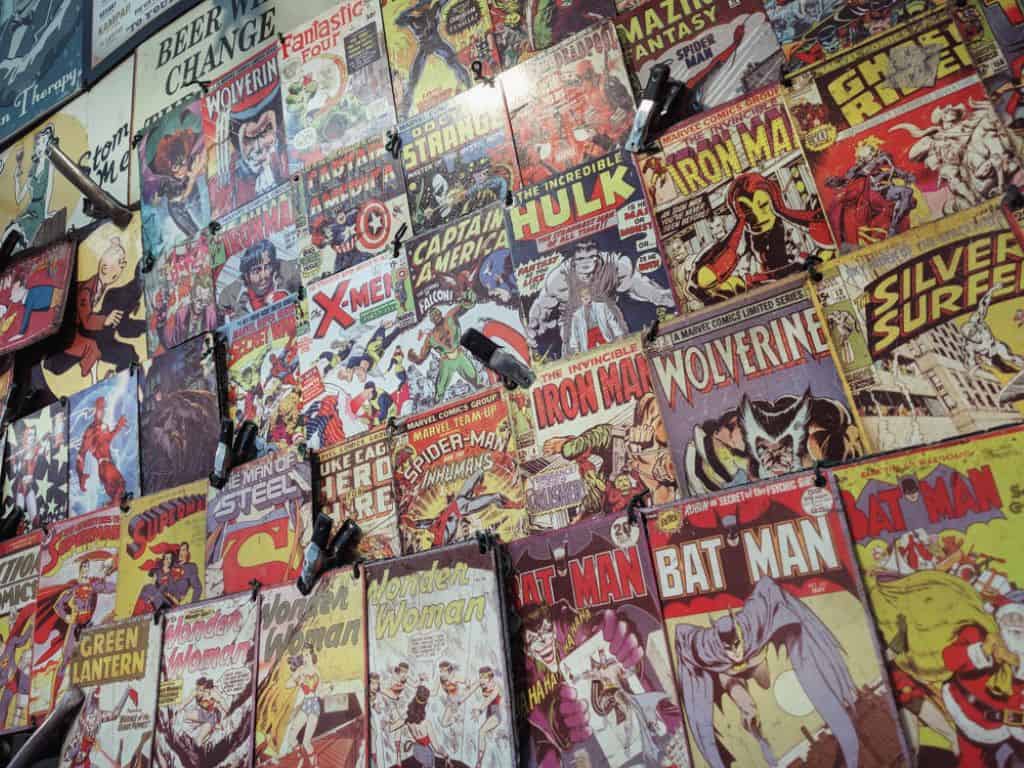 Future Dreams Books has been in business for 40 years offering comic book and science fiction titles for its patrons. It’s worth a visit to this store because they even carry out-of-print titles. If you are interested in an out-of-print title, you would have to email management asking about the title, the condition you would be willing to accept it, and how much you are willing to pay for this book.

Located in Portland’s Kerns neighborhood, you can visit this store on Mondays through Saturdays as they are closed on Sundays. 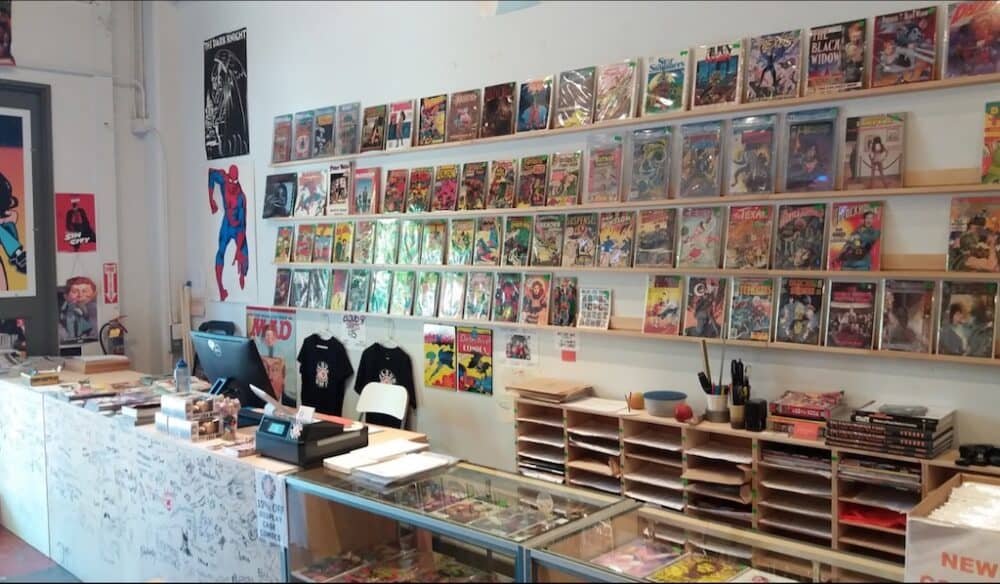 Cloud 9 Comics throws you back into the vintage world of comic books while also offering the newest titles on the market. It’s worth a visit to Cloud 9 Comics because of their vintage Disney comics that were published originally via Dell Comics when they used to sell for 25 cents each in the 1960s and 1970s. Some of these titles cost hundreds of dollars based on their rarity in the market.

Located in Portland’s Hosford-Abernethy neighborhood, you can visit Cloud 9 Comics from 11 am to 7 pm.

9. Books with Pictures – a popular Portland bookshop that offers comic books for everyone 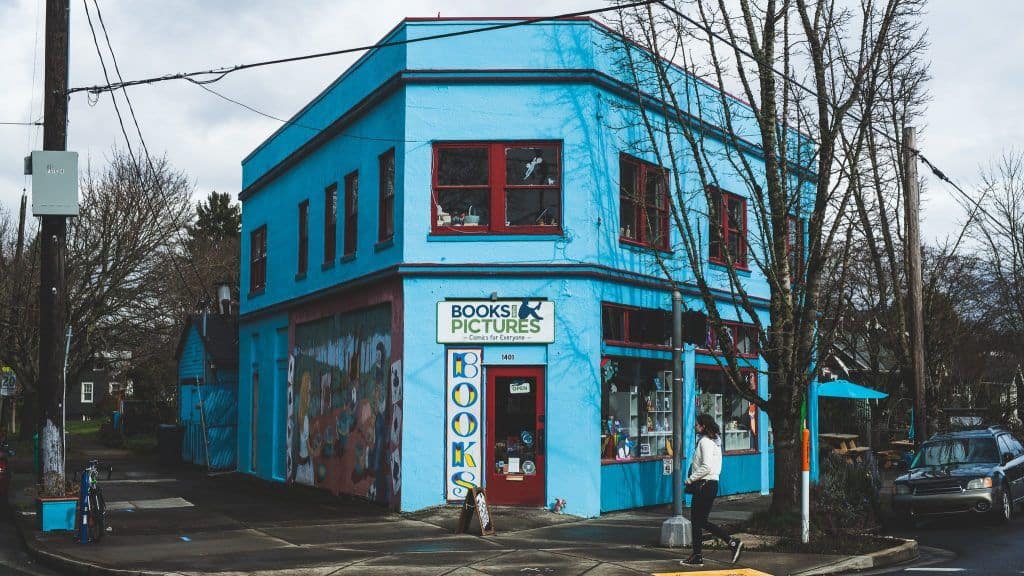 Books with Pictures’ slogan is that there’s “Comics for Everyone”. It’s worth a visit to this comic book store because they accept people of all races, creeds, and sexual orientations. They are sure to have comic selections related to the very unique people that shop in their store.

Located in the Hosford-Abernethy neighborhood in Portland, Books with Pictures is open daily with the same hours except they close at 6 pm on Mondays and Tuesdays and stay open until 8 pm on the other days of the week.

10. Other Worlds Games & Comics – a classic old school game store with a great variety of comic books to entertain you 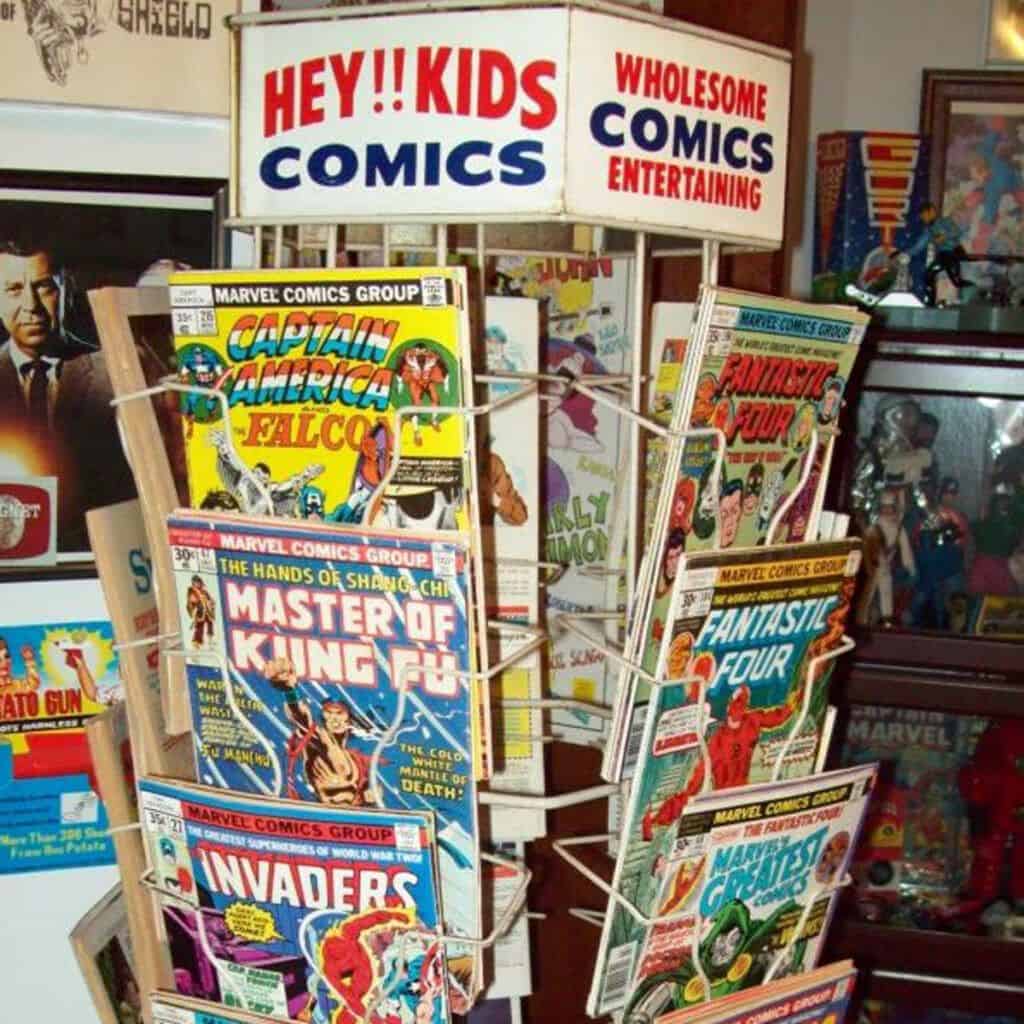 Other Worlds Games & Comics sells sci-fi titles, comic books, and tabletop card games. It’s worth a visit to Other Worlds Games & Comics because they have tables set up for in-store gaming events for Magic the Gathering and DND players. Hence, it’s a community-oriented comic book store where gamers can come together. Watch their website for updates on new comic book releases, the top-selling titles, and when there will be tabletop gaming events at the store.

Located in Portland’s Hillsdale neighborhood, you can visit Other Worlds Games & Comics daily for all your comic book and gaming needs. 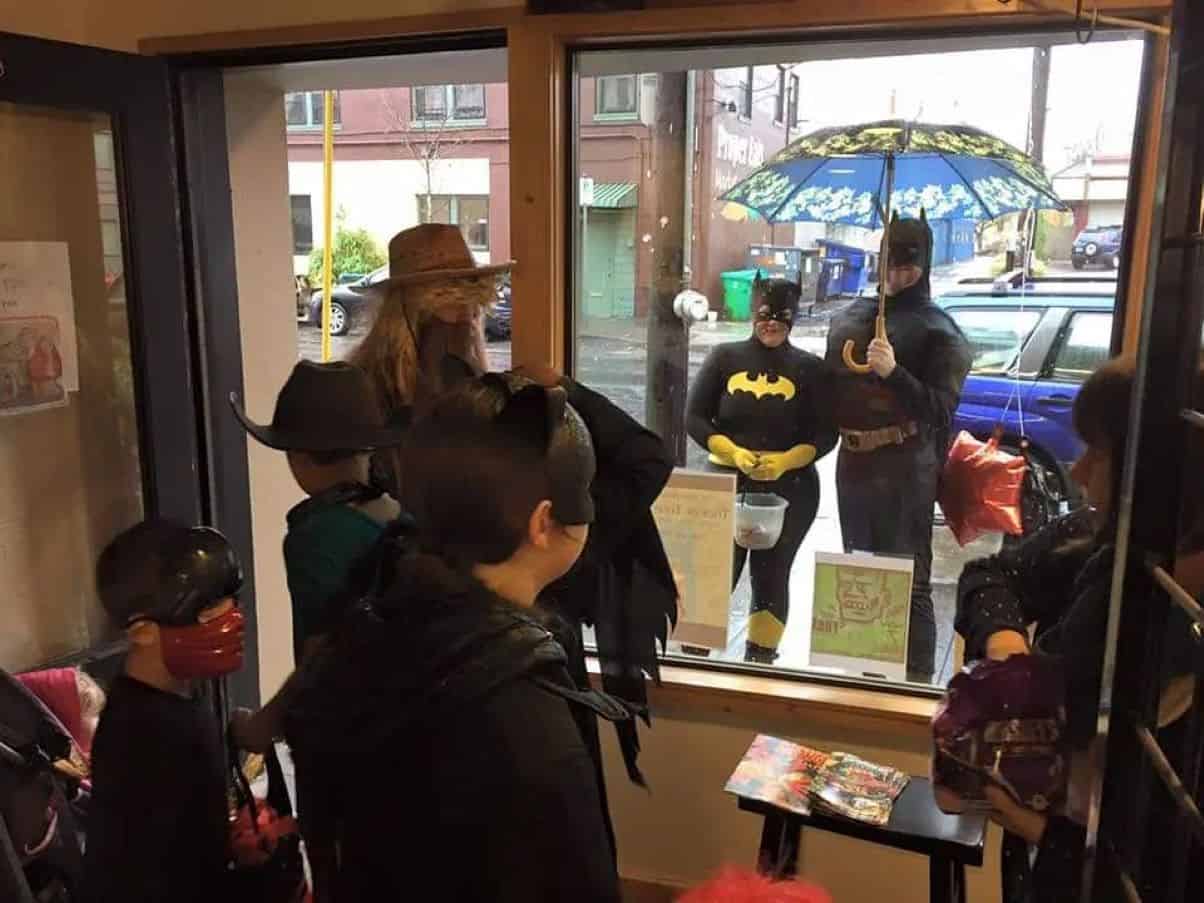 Located in Portland’s Kenton neighborhood, Comic Cave PDX is open Wednesdays through Saturdays and closed on Mondays and Tuesdays.