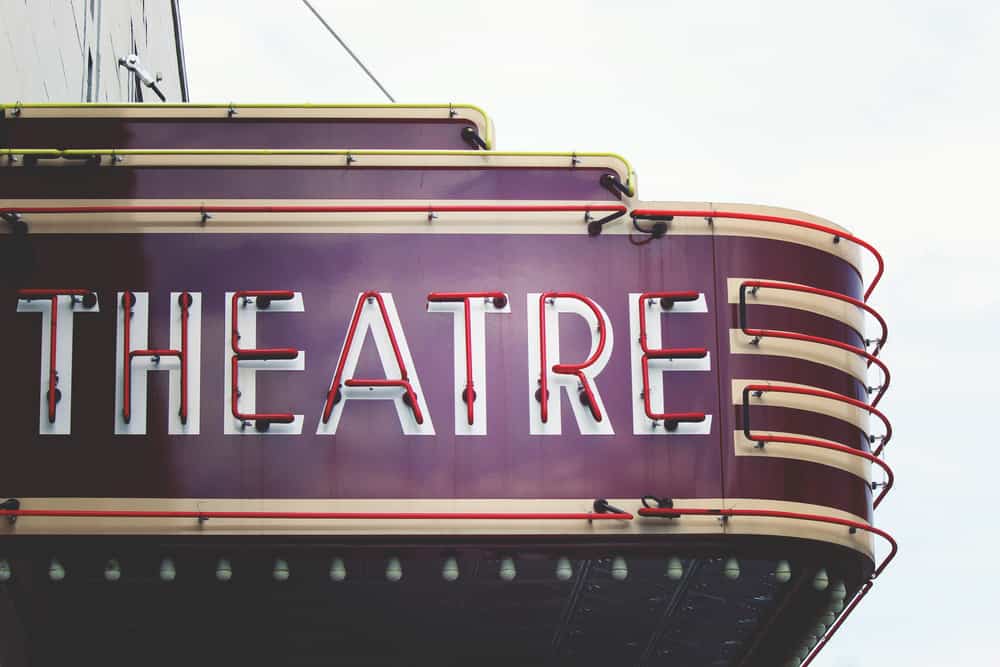 Whether it’s a date night or an afternoon with the kids, there’s nothing quite like watching the latest release on the big screen. From quirky, small and independent to grand and lavish, here are the best movie theaters in Portland, Oregon (in no particular order)…

1. Studio One Theaters – a trendy luxury theatre experience in Portland 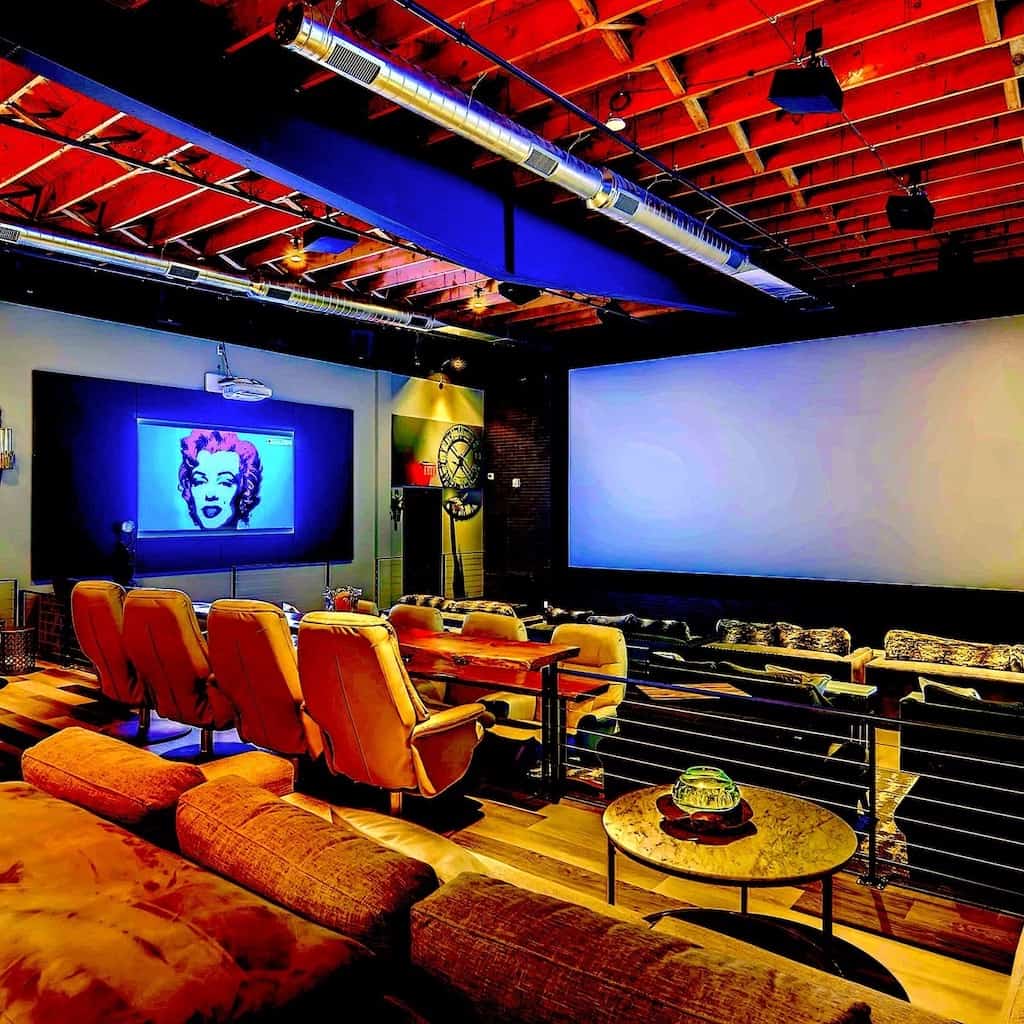 Studio One Theaters is your place to go in Portland if you want to be entertained. The theater is not only a place to watch the latest movie, but you can also catch a live show and enjoy an extensive food and drink menu.

Studio One Theaters does not offer screenings in standard rows of auditorium seating. Instead, lounge on the couches and comfortable chairs in one of the several penthouse rooms. Join one of the screenings (including 21+ screenings when the venue serves alcohol), attend a live event, or reserve a room for your private event. 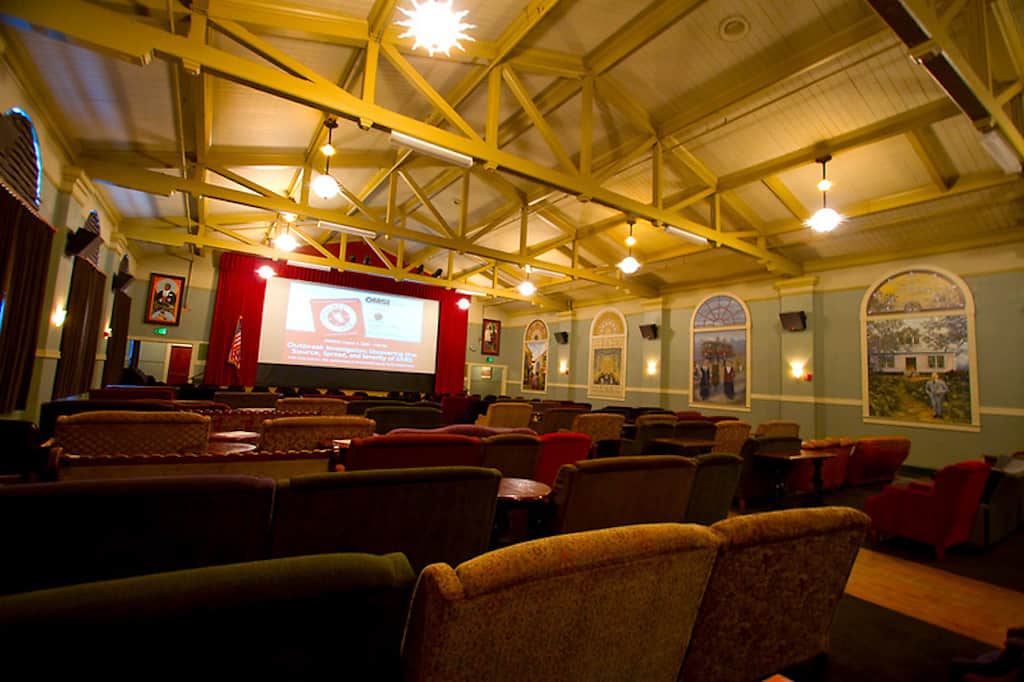 McMenamins renovated the historic Kennedy School and turned it into an upscale hotel that also serves the community with features such as a soaking pool and theater open to the public. The owners turned the school auditorium into a movie theater that is open to the public for second-run screenings for only $5 an adult ticket.

This is the perfect place to catch a movie that you missed in cinemas the first time around. Sit back in comfortable armchairs and sofas to enjoy the cinema in style. You can even order drinks and food from the next-door Theater Bar and get your order delivered to your seat! 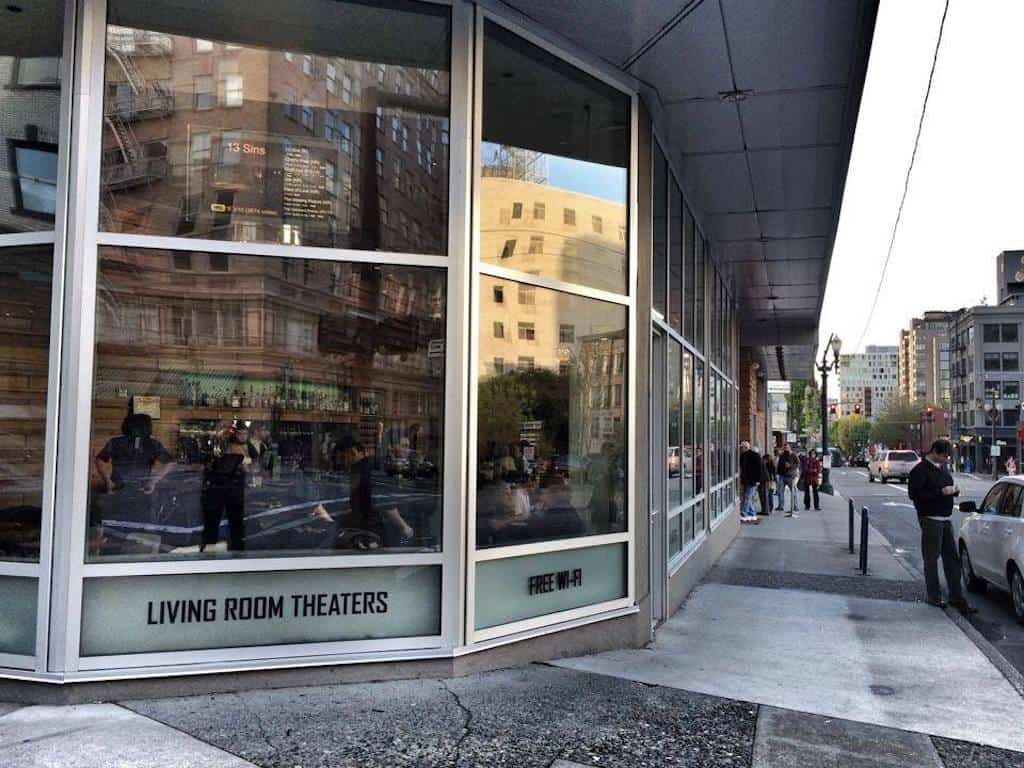 Living Room Theaters offers a diverse selection of films, ranging from everyone’s favorite blockbusters to indie flicks for the cinema-loving hipster. In the evening, the movie theater turns into a 21+ venue and starts serving wine and other alcoholic beverages. However, Living Room Theaters does not run your average concession stand. Your food and wine orders can be delivered right to your seats.

Keeping with the name, watching a movie at Living Room Theaters can be just as comfortable as your own living room or a lounge. Enjoy the reclining seats, or linger in the lounge to chat with other movie lovers by the roaring fireplace. The environment will also thank you; Living Room Theaters is an all-digital cinema, making its carbon footprint much lower than your average theater. 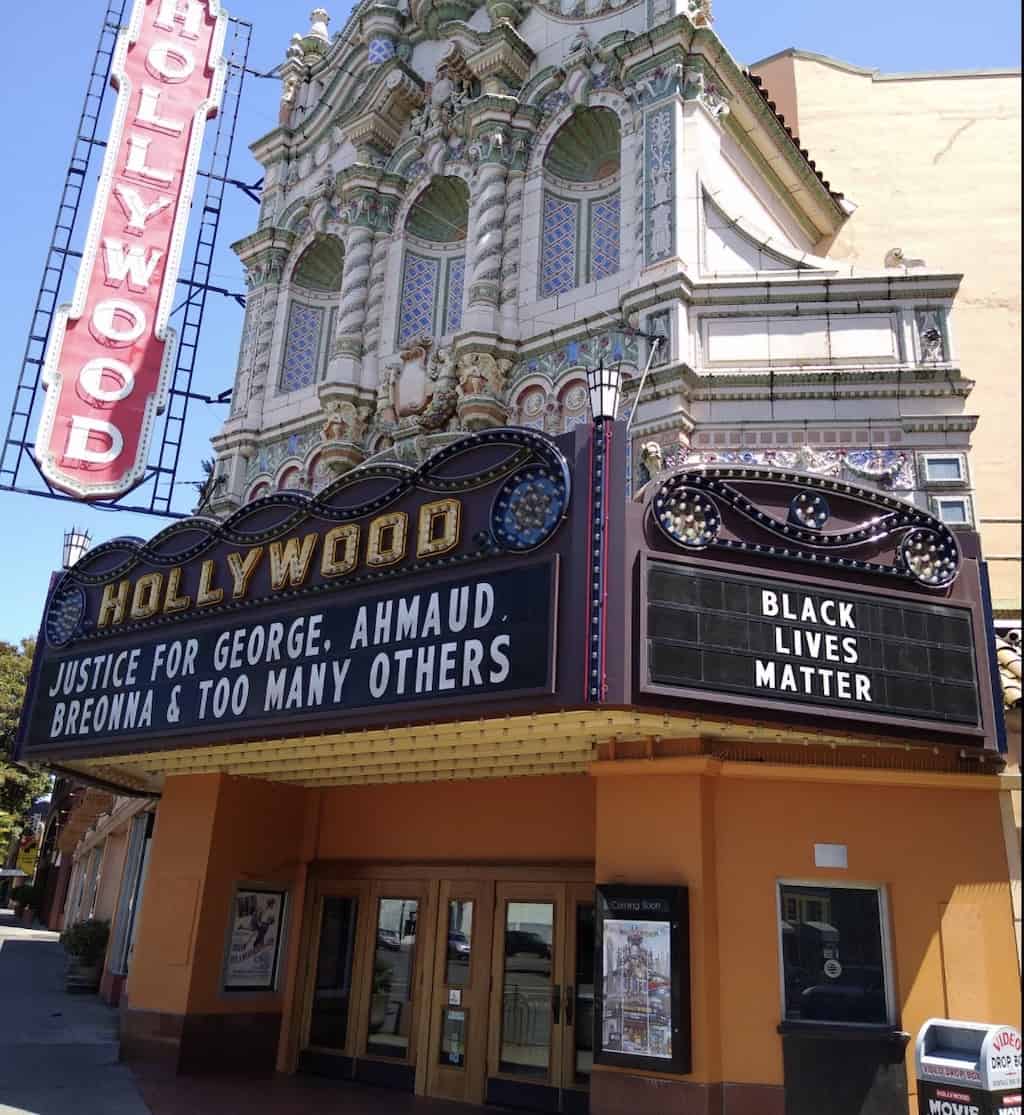 For a touch of old-school Hollywood glam, visit the historic Hollywood Theatre. Open since 1926, this stunning architectural gem is on the National Register of Historic Places. However, the Hollywood Theatre does not live in the past. The nonprofit that operates it equipped the historical theatre with an all-new screen, sound system, comfortable seats, and even a renovated marquee.

The Hollywood Theatre usually shows a mix of classic cinema, independent films, and first-run films. It screens classic films in their original aspects, including ultra-rare 70mm. Follow their website for special events. They often host talks with famous directors.

5. Regal Fox Tower – a cinema that shows the smaller, indie films as well as blockbusters 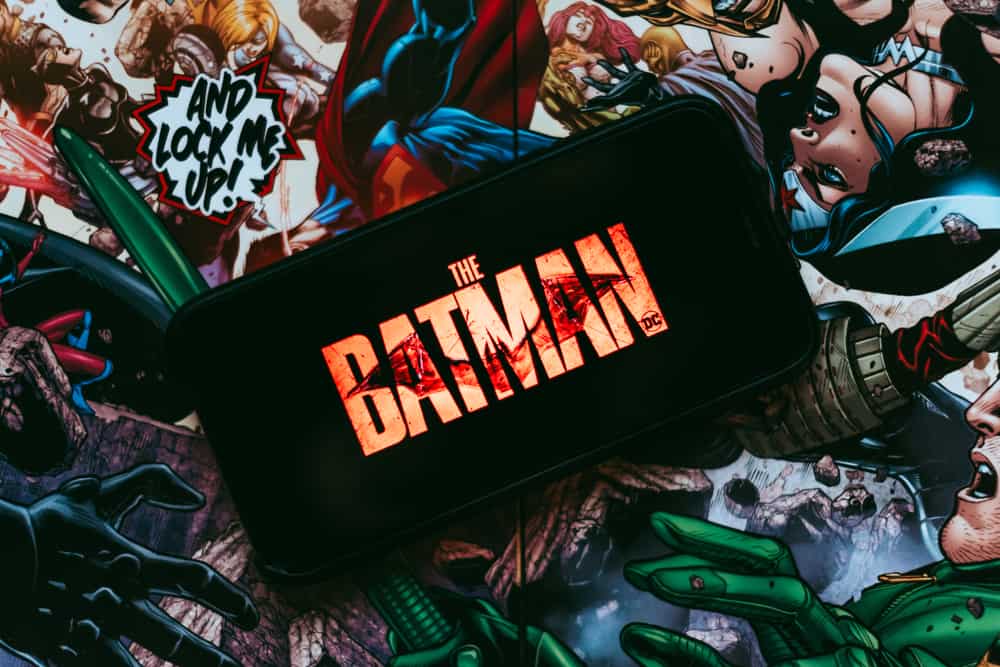 Sometimes when you go to the movies, all you want to do is go big or go home. In that case, go to Regal Fox Tower, one of the biggest multiplex complexes in Portland. Catch your favorite blockbuster epic or new release, ranging from Marvel installments to indie darlings, at one of the theater’s many screens.

When you visit Regal Fox Tower, your trip will not lack comfort. Sit back in the plush seating and let the epic wonders of movie magic play out on the large screens in front of you. There is also a concession stand with a generous menu. Regal Fox Tower aims to welcome all visitors and the theater is accessible for people with disabilities.

Behind Cinema 21 Theatre’s unassuming façade hides a movie theater that is an arthouse darling of the Portland public, and has been since 1925. This is not where you should go to watch the latest blockbuster. However, it is the best place to check out a rotating selection of indie darlings, classic cinema, and foreign movies.

Keep an eye out for special events at this theater as well. Cinema 21 Theatre often hosts festivals and discussions with directors.

7. The Academy Theater – a Montavilla neighborhood spot offering a variety of second-run movies 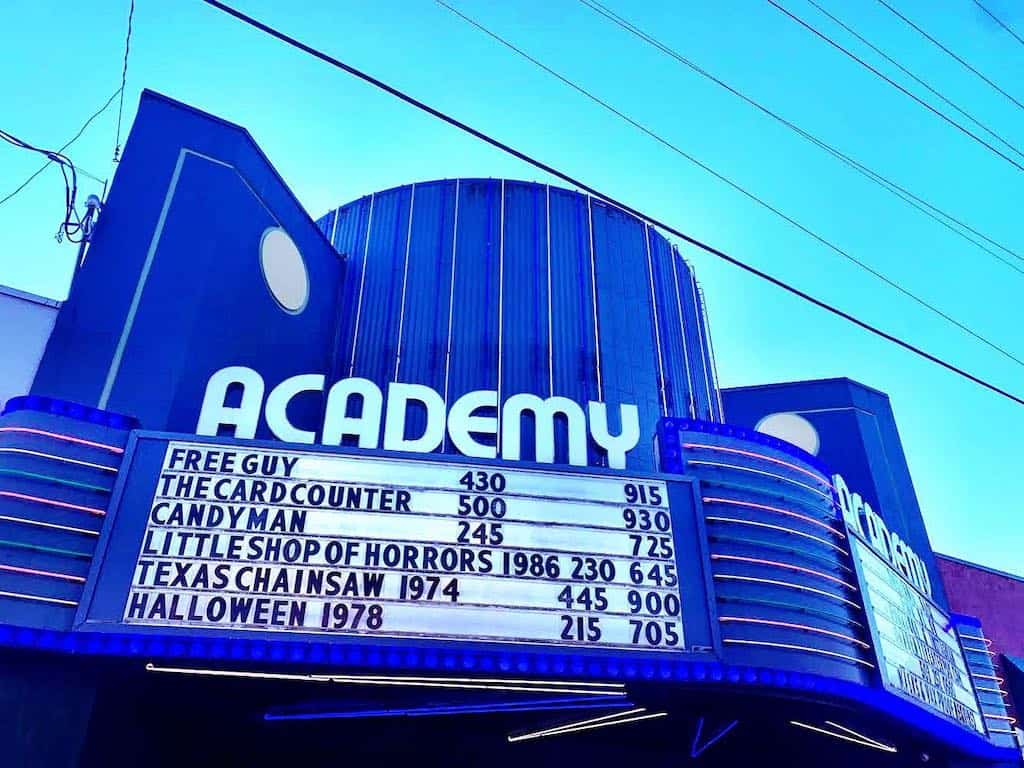 The Academy Theater is a story of preserving Portland’s movie history. The iconic theater was used as office space for decades before it was restored to its original purpose in 2006. Theater lovers can come to this space to check out second-run films they may have missed on their first release in theaters. Besides modern blockbusters. The Academy Theater also shows indie gems, foreign movies, and classic films.

To accompany your movie, don’t forget to check out the concession stand, which also has microbrewed beer and pizza slices from a nearby pizza parlor. 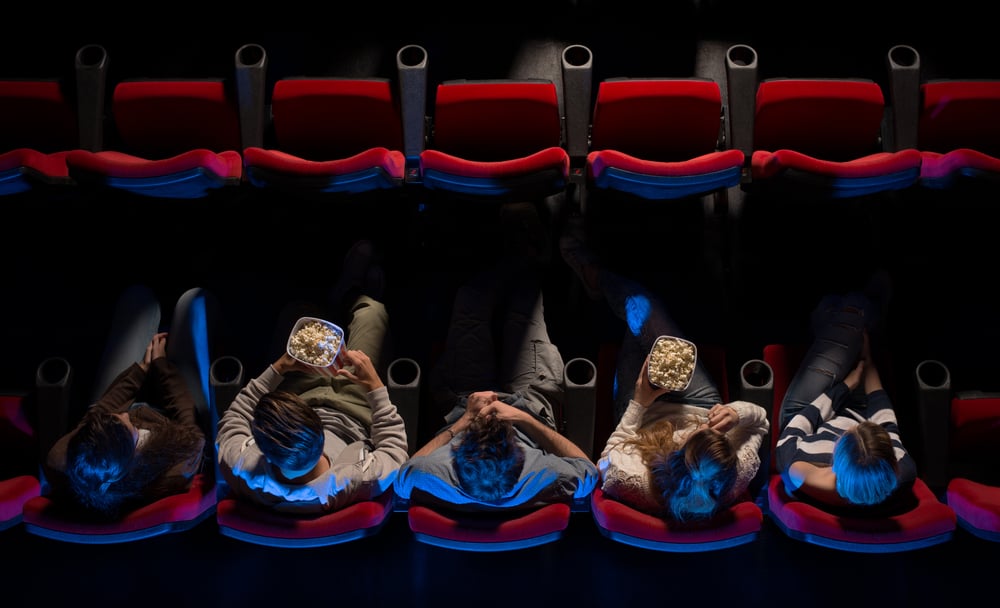 Regal Division Street is one of Portland’s plushest multiplexes for when you want to go see the latest blockbuster in comfort. The movie theater complex has many different screens and is usually one of the best places in town to catch a popular movie, particularly if you are looking for a wider selection of showtimes to accommodate a busy schedule.

Although this is not the most affordable theater in town, special events such as half-price screenings on Tuesday and Sunday still make Regal Division Street a good place to catch the latest blockbuster without breaking the bank.

Century 16 is a movie theater conveniently located in the Eastport Plaza shopping center so you can get a little shopping done while you wait for your show to start. Convenience is the name of the game here, and with little touches including self-service ticket kiosks, Century 16 Eastport Plaza goes the extra mile to help visitors have a smooth experience.

Century 16 Eastport Plaza shows mostly the latest blockbusters, but it also has a few foreign films, so its lineup is always interesting. The concession stand includes favorite movie snacks, including the obligatory popcorn, as well as alcoholic drinks. 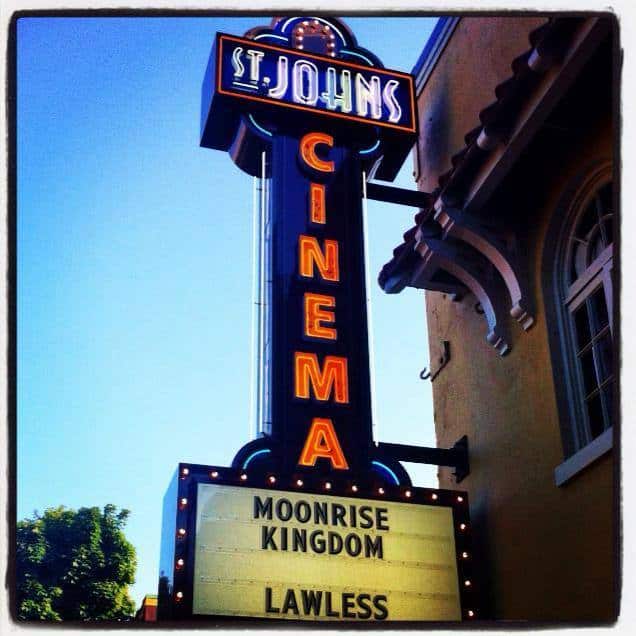 If you want two theaters for the price of one, visit St. John’s Twin Cinema and Pub, a movie complex that combines the historic Northgate Theater and St. John’s Theater. The complex was first built in 1913, making it one of the oldest movie theaters even in this town that managed to preserve much of its movie-going history.

St. John’s usually has a small but mighty selection of the latest blockbusters, which you can enjoy along with a slice of pizza and beer from local breweries.

11. Clinton Street Theater – one of the oldest operating movie houses in the United States 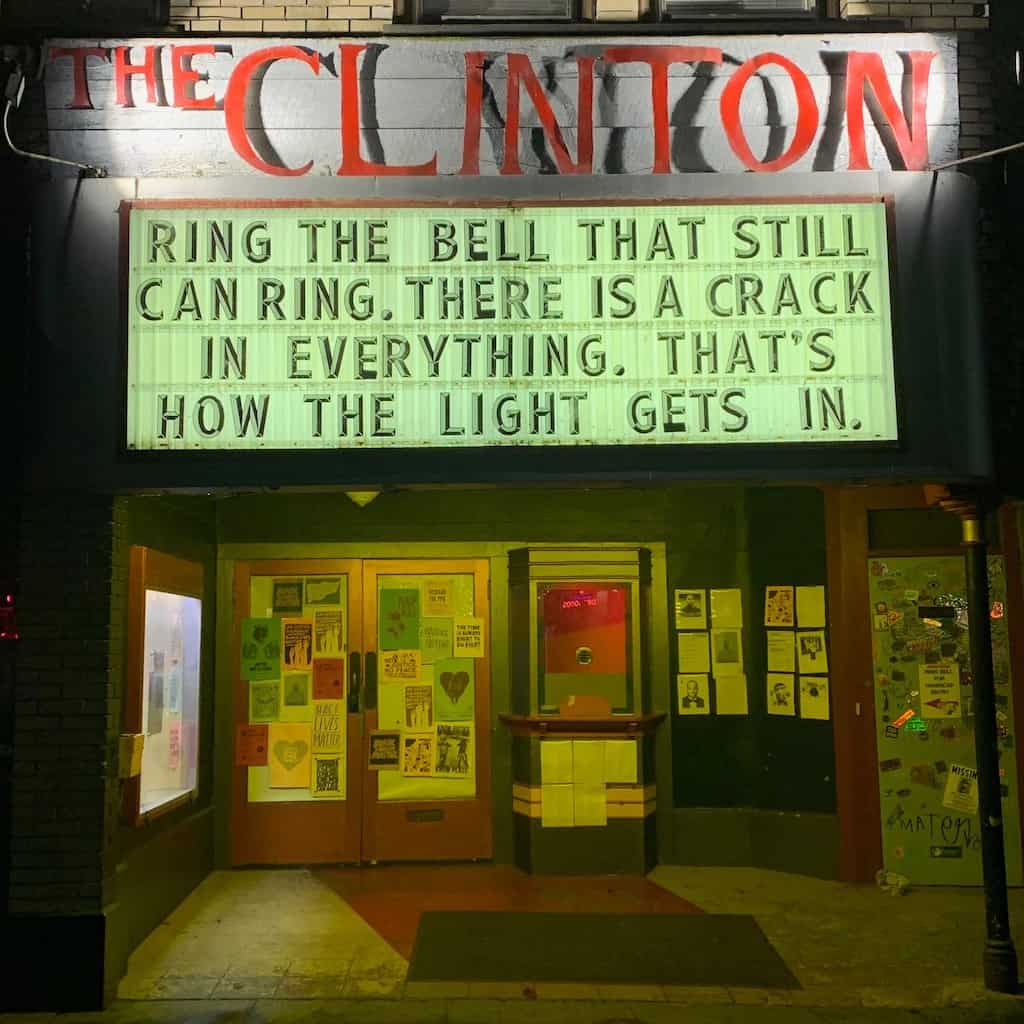 Clinton Street Theater is a cult cinema venue that has been in continuous operation since 1915. Instead of typical blockbusters, this is the place to go for cult favorites, particularly experimental films and grindhouse, or extreme horror movies.

One of the defining characteristics of the Clinton Street Theater is its commitment to regular screenings of cult favorites, such as The Rocky Horror Picture Show. Those screenings are more like raucous parties than movie attendance nights. Stay tuned for special programing, including small but mighty local film festivals. 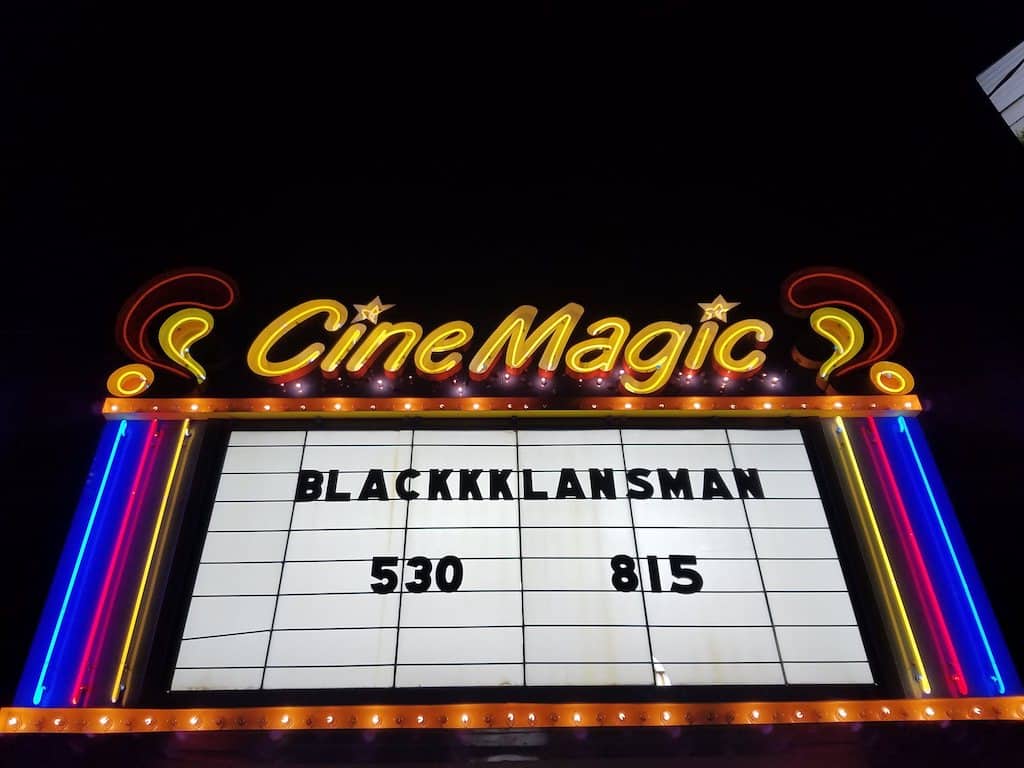 Portland’s Cinemagic hosts regular screenings of blockbuster movies in a cozy, familiar setting. The small but comfortable theater has several quirky details that set it apart from your typical movie theater chain, including an iconic gold curtain.

Ticket prices are affordable, with general admission available for only $8. It is still locally owned and a true community theater. 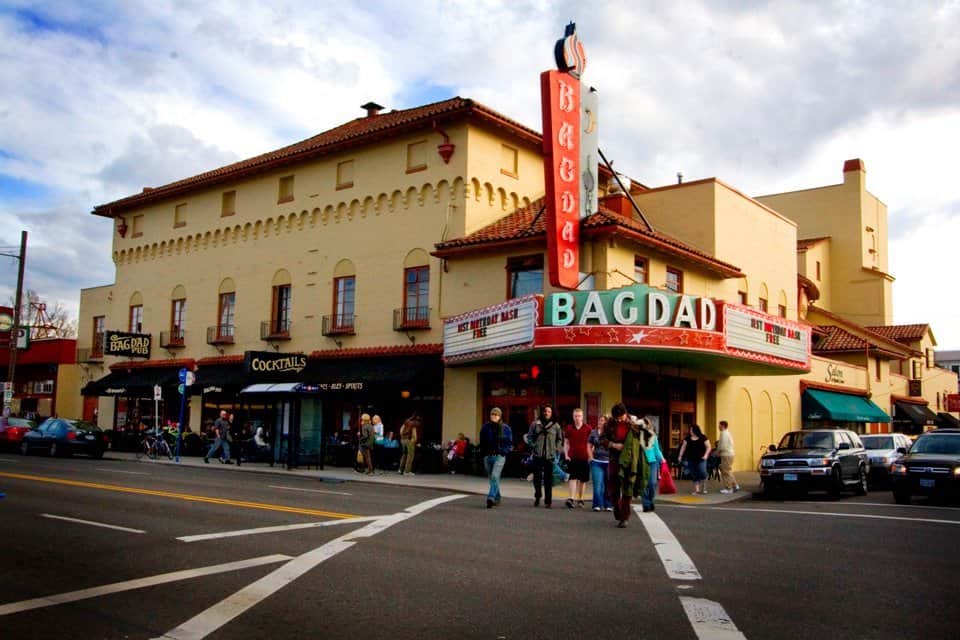 Owned by the same people who operate the Kennedy School, this movie theater follows a similar model of comfortable, cozy viewings in a remodeled historic setting.

This historic movie palace has kitschy décor channeling the Mediterranean (or an Art Deco interpretation of what the Mediterranean would be like). Come here to enjoy indie movie darlings in comfortable seating, including rocking chairs, and dinner in the pub.

14. Laurelhurst Theater – known for showing first and second-run films and for serving food and beer 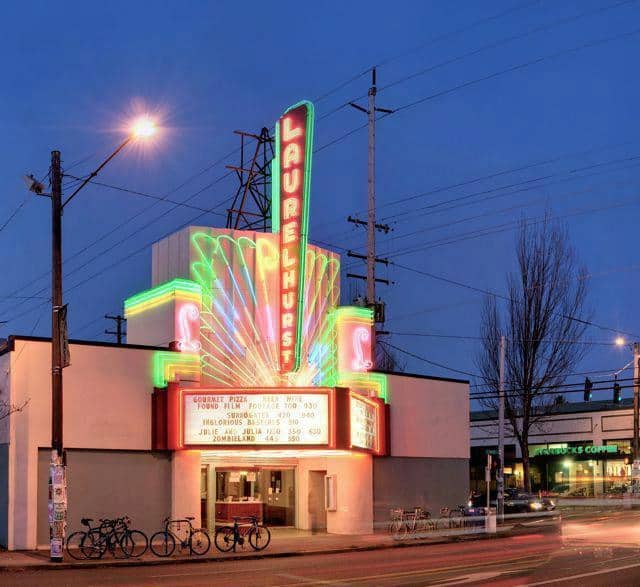 The Laurelhurst Theater shows a mixture of new first- and second-release films as well as indie darlings. The concession stand is as much of an attraction as the theater itself. Enjoy a delicious food menu that goes beyond the typical popcorn and nachos as well as microbrewed beer. 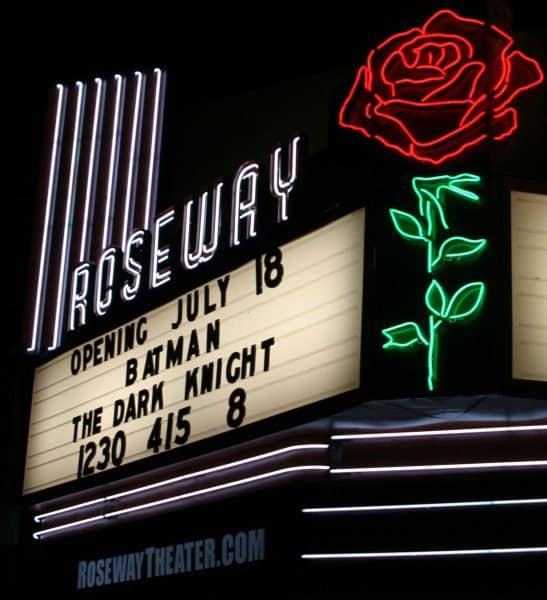 The Roseway Theater is another one of Portland’s art deco cinema gems, this one tucked away in the Roseway neighborhood of northeastern Portland. It’s been operating continuously since 1925. Following its recent restoration, the historic setting now has excellent picture quality and surround sound for the best in modern movie-going in a historical ambience.

The theater has only one screen but the excellent film selection (and affordable ticket pricing) means that you will not feel short-charged. Enjoy the comfortable seating, clean setting, and limited but excellent concession stands during your visit.