The diverse culinary scene of Portland involves food from all over America and way beyond. Hearty comfort food, the city is home to an awesome range of cultural fusion restaurants featuring Southern-inspired menus, from traditional to vegan and gluten-free versions. Here are some of the best places for soul food in Portland, Oregon (in no particular order)… 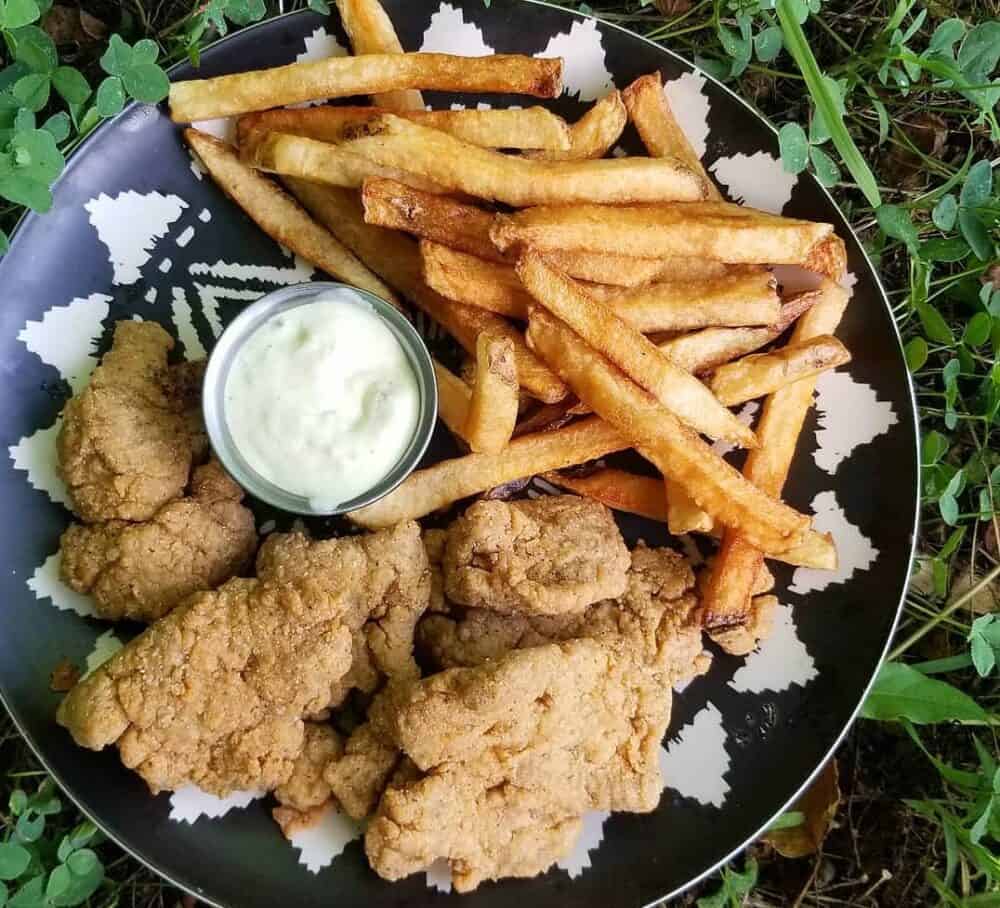 Dirty Lettuce is a Southern food joint on Fremont Street in Northeast Portland. From konjac shrimp fried to seitan-based BBQ ribs to pan-fried chicken, they offer an excellent variety of soul food classics.

Located on Fremont Street in Northeast Portland, Dirty Lettuce serves the tastiest vegan mac and cheese in the area. The restaurant is open Thursdays through Sundays between 12 p.m. and 7 p.m. They only offer takeaway and delivery service.

2. Everybody Eats PDX – great Soul Food in downtown Portland with a unique blend of Southern and Pacific Northwest cooking 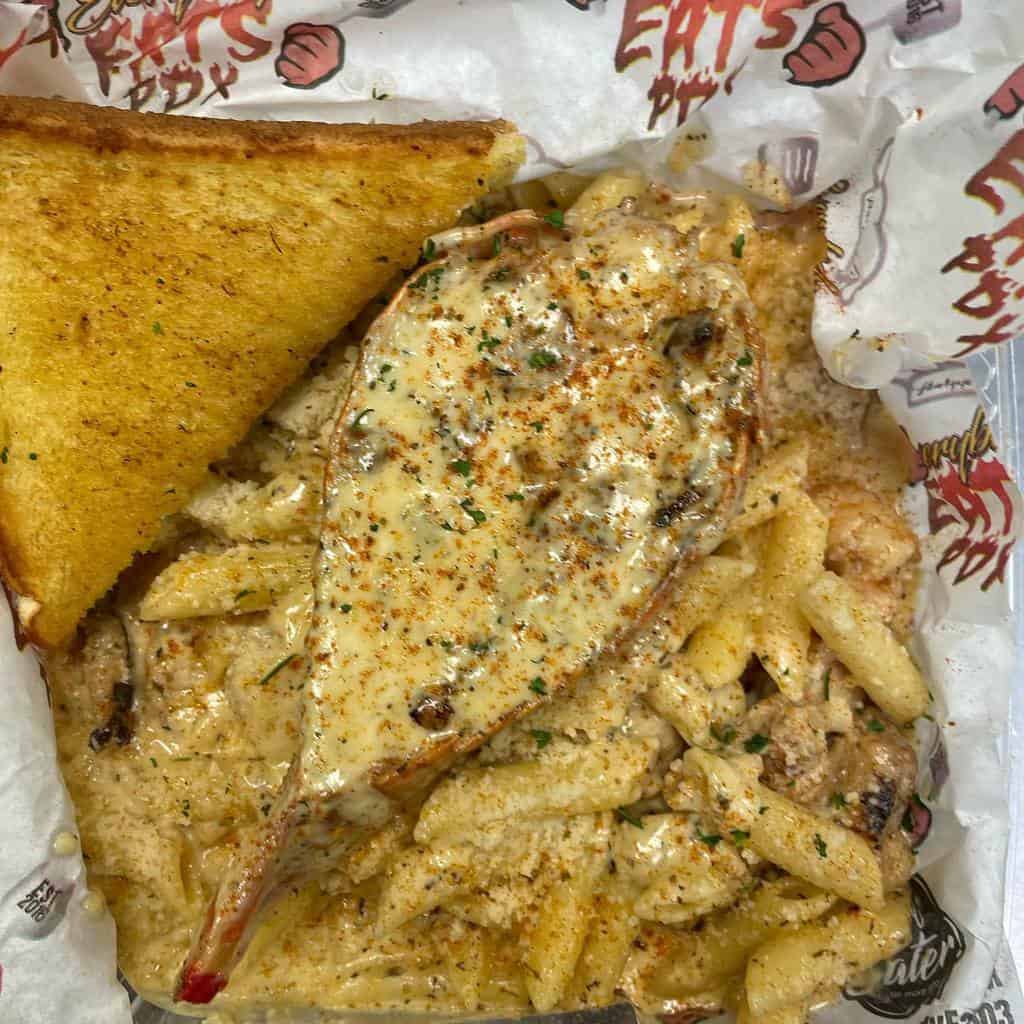 Located in Pearl District in Northwest Portland, Everybody Eats PDX is a soul food restaurant dishing out Cajun and Creole in a utilitarian setting. They have three menus: day menu, dinner menu, and happy hour menu.

At Everybody Eats PDX, you get to enjoy a typical soul food dinner in an artful setting. Their dinner menu features stuffed salmon, seafood mac and cheese, salmon nachos, lobster mac and cheese, smothered turkey wings, and shrimp pasta among other signature soul food dishes.

The restaurant is open Wednesdays through Fridays between 3 p.m. and 9 p.m. On Saturdays and Sundays, they open at 10 a.m. and 11 a.m. respectively. 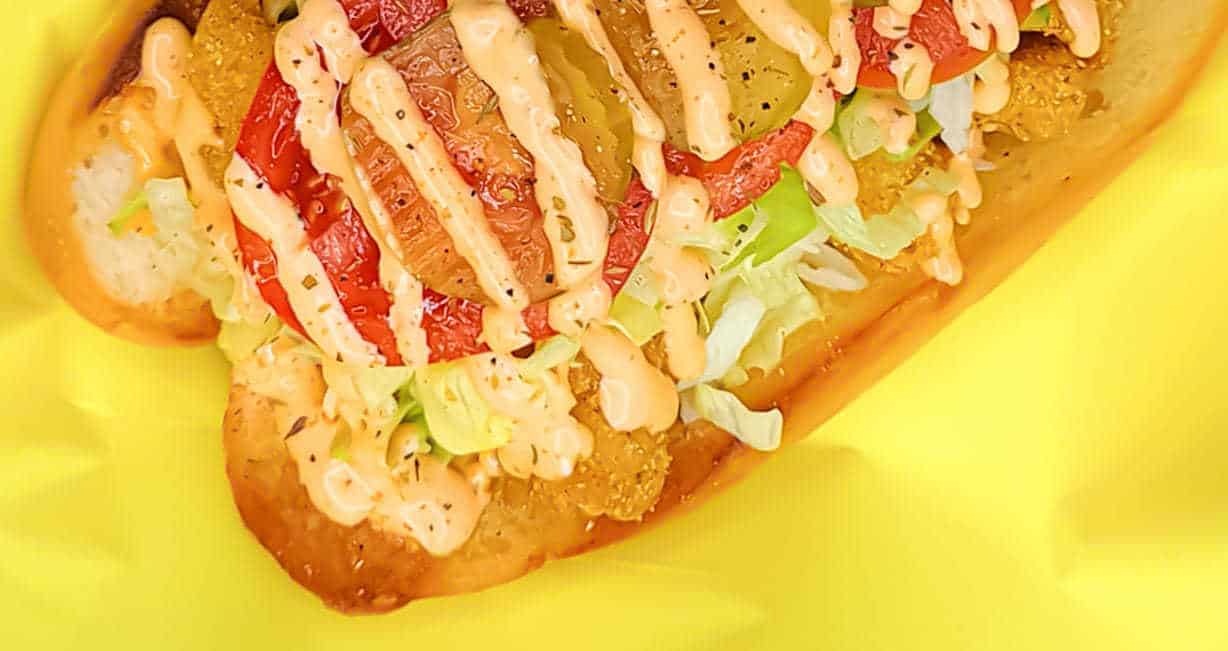 Ja’Das Soulful Eatz is a great place to have an inexpensive soul food experience. They are open Wednesdays through Sundays between 12 p.m. and 7 p.m. 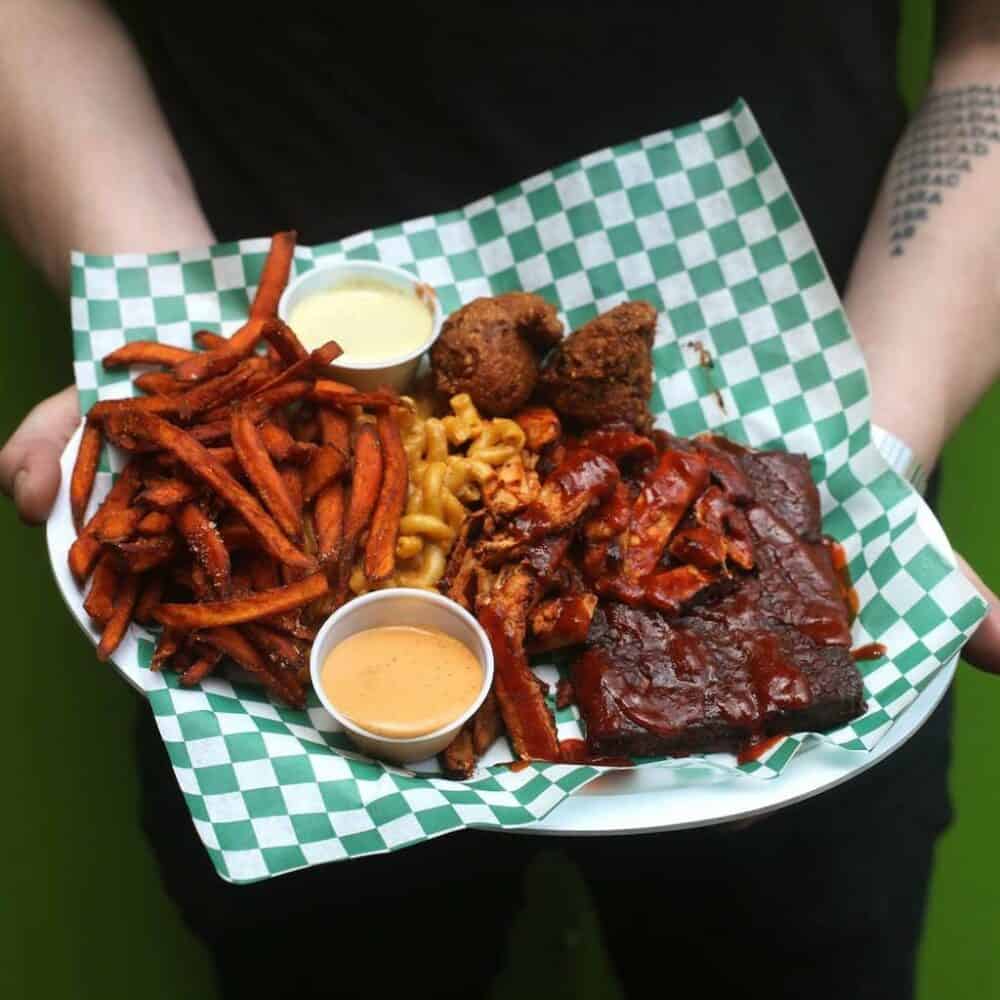 Homegrown Smoker is an informal cafe serving vegan versions of BBQ plates and soul food classics. From creamed green beans to pork ribs to fried chicken thighs, they offer a wide range of Southern specialities to satisfy your palate.

Located on Lombard Street in North Portland, Homegrown Smoker is a perfect place to savor the sugary and butterfly glory of Southern food. Their vegan menu features a large number of BBQ plates, including vegan bruschetta, grilled corn on the cob, grilled baby potatoes, garlic bread, and BBQ courgette with salsa verde. The restaurant is open Thursdays through Sundays from 11 a.m. to 7 p.m. 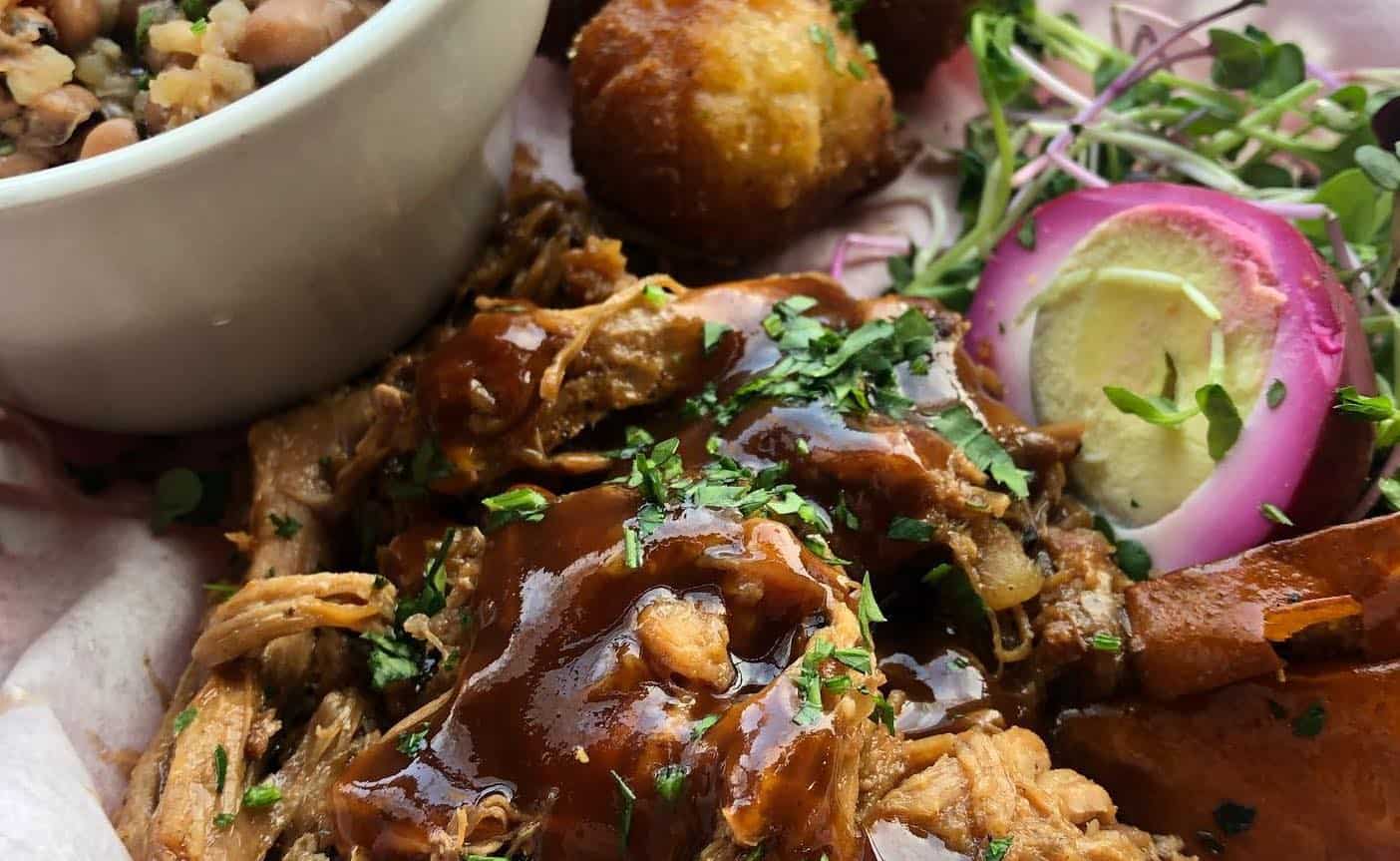 At Po’ Shines Cafe De La Soul, you can enjoy an authentic soul food dinner at under $16. Their entree menu features fried chicken, catfish, pulled pork, brisket, shrimp, and ribs, all of which are served with cornbread and other sides. They have a sizable side menu featuring fried okra, coleslaw, potato salad, house salad, hush puppies, sweet potatoes, and french fries.

Po’ Shines Cafe De La Soul is open Tuesdays through Saturdays between 10 a.m. and 8 p.m. On Mondays, they close at 3 p.m.

Southern Kitchen PDX is a Southern restaurant dishing up all your soul food favorites. They offer dinner baskets that include a main dish and french fries. You have a wide range of main dishes to choose from, including rib sandwich, fried salmon, catfish, and lobster tail among other Southern food classics.

The restaurant is open Fridays through Sundays between 12 p.m. and 7 p.m. On Wednesdays and Thursdays, they close at 6 p.m. They also offer takeaway and delivery services.

7. V’ Soul Food Shack – some of the best soul food in town with new gluten-free and vegan items

From fried catfish to baked chicken to Southern deviled eggs, they offer a large variety of Southern staples. V’ Soul Food Shack is open Tuesdays through Fridays between 12 p.m. and 7 p.m.

Kee’s #Loaded Kitchen offers a one-of-a-kind soul food experience with its perfectly grilled chicken, steak, and shrimp, all of which can be paired with coleslaw, mashed potatoes, rice, and cornbread. They are open Thursdays through Sundays between 1 p.m. and 5 p.m.

Located on Russell Street in Northeast Portland, Erica’s soul food is one of the best food joints that specialize in Southern comfort food, They are open Wednesdays through Saturdays between 4 p.m. and 7 p.m. for dinner. The food stall is open for lunch between 12 p.m. and 2 p.m.

10. Huber’s Cafe – an American eatery with a clubby bar serving up some Southern soul food classics

Huber’s Cafe is an American restaurant dishing up soul food classics in a ritzy setting. It is the oldest restaurant in Portland. Located in Hi-Lo Hotel, Huber’s Cafe provides an authentic Southern food experience.

From gluten-free Salmon to clam chowder to chicken quesadillas, the restaurant offers a wide range of soul food dishes. Huber’s Cafe is open Mondays through Saturdays between 11:30 a.m. and 11 p.m. On Sundays, the restaurant opens at 4 p.m.

At Trap Kitchen, you get to enjoy a variety of soul food classics, such as Southern-style catfish, pork barbecue sandwich, cornbread, crawfish etouffee, Cajun shrimps, and jambalaya.

Trap Kitchen is open from Thursday to Saturday between 11 a.m. and 5 p.m. They only offer takeaway and delivery services.

Miss Delta Restaurant and Bar is a casual barbecue restaurant in North Portland. The restaurant specializes in soul food and serves a broad range of Southern specialities, including chicken and waffles, Cajun shrimp and grits, baked macaroni and cheese, and Southern fried chicken.

At Miss Delta Restaurant and Bar, you get to have an authentic soul food experience in a utilitarian compact setting. The restaurant also features a full bar.

Ms.T’s is a retro camper serving soul food staples in a laid-back setting. Ms.T’s is located in Cartlandia, a bustling food court in Southeast Portland.

From Southern-style cornbread to breaded pork chop to corn fritters, Ms.T’s offers a wide variety of Southern classics. They are open Mondays through Fridays from 7 a.m. to 9 p.m. On Saturdays and Sundays, they open at 8 a.m.

Le Bontemps Café & Catering is a Southern-style restaurant on Martin Luther King Jr Boulevard in Northeast Portland. The restaurant specializes in soul food and dishes out ethnic Southern dishes in a rustic setting.

They have a large selection of soul food classics, including jambalaya, Cajun salmon, blackened chicken pasta with alfredo sauce, collard greens, macaroni and cheese, corn pudding, and cheesecake. They are open Thursdays through Saturdays between 11 a.m. and 8 p.m. On Sundays, they are open between 9 a.m. and 3 p.m.

15. Viking Soul Food – voted one of the best food carts in the U.S. 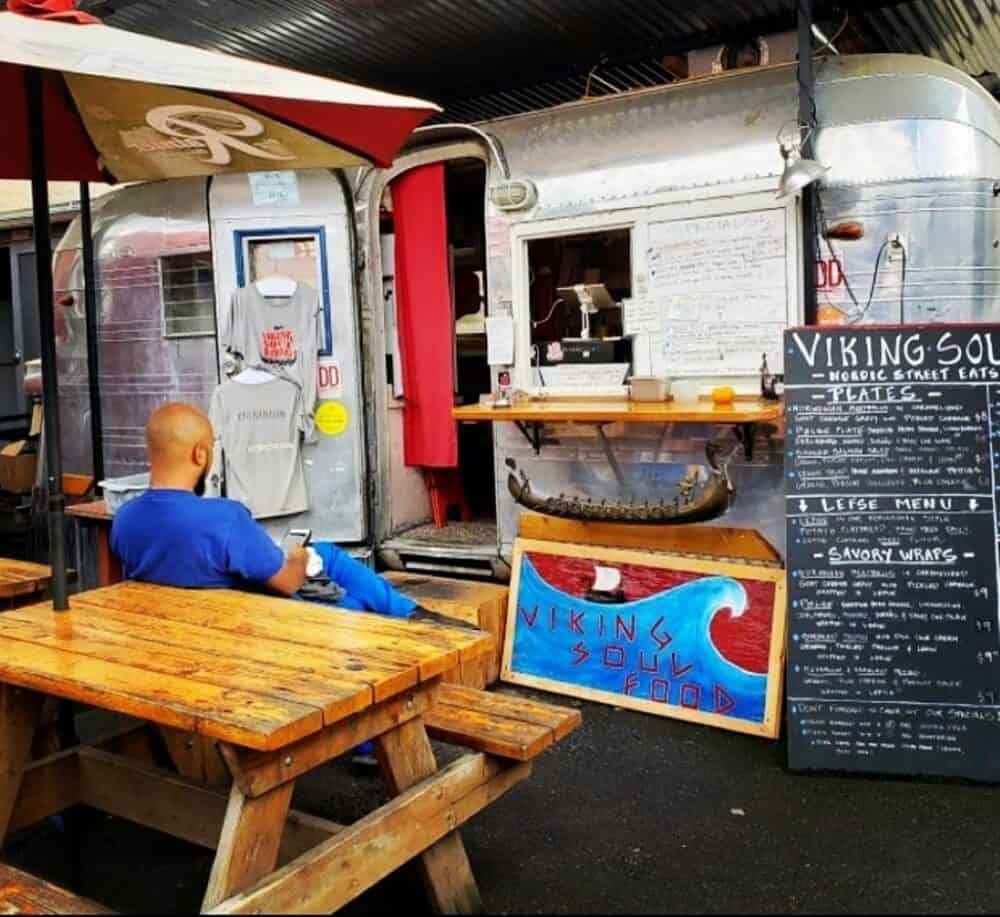 This one is a bit different as Viking Soul Food is a Norwegian food spot in The Bite on Belmont, a food court on Belmont Street in Southeast Portland. They have a basic entree menu featuring Norwegian meatballs, smoked salmon, polse, and mushroom hazelnut patties. You can pair these dishes with a wide range of Southern sides, including beet salad, troll snack, kraken snack, toasted lefse, and rye bread.

Viking Soul Food is open Sundays through Thursdays between 12 p.m. and 8 p.m. On Fridays and Saturdays, they stay open till 8:30 p.m.