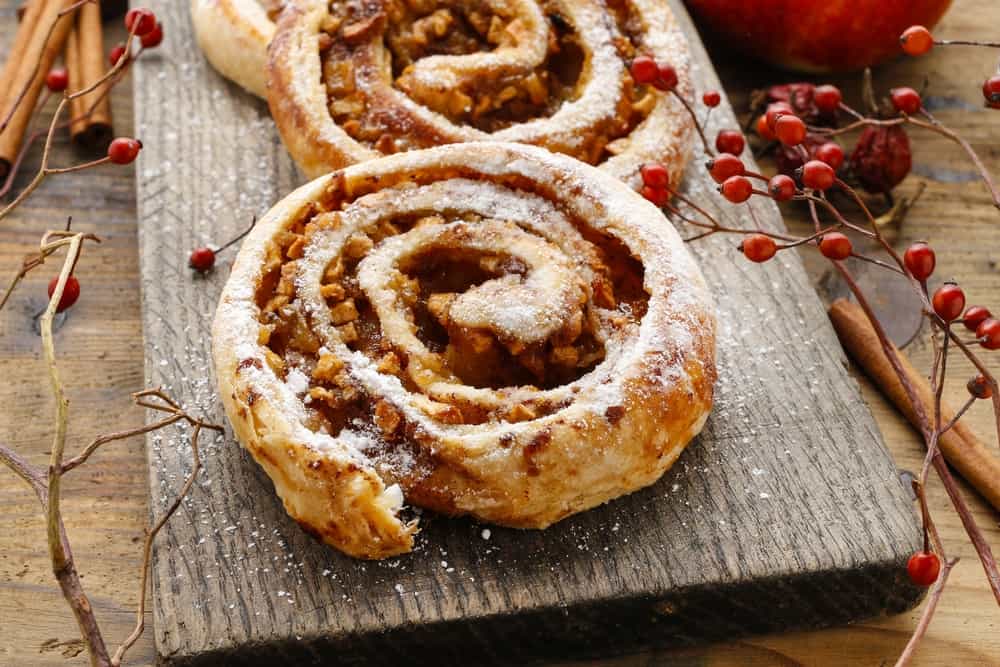 If you are open to trying something a little different, say cuisine from the far corner of the world, then why not opt for a Scandinavian restaurant in Portland.

Creative, unique with some healthy ingredients, those Nordic countries can really rustle up something seriously special. Here are the best Scandinavian restaurants in Portland, Oregon…

1. Broder Söder – a cool and modern Scandinavian restaurant that specializes in brunch, lunch, fika and cocktails with vegan options 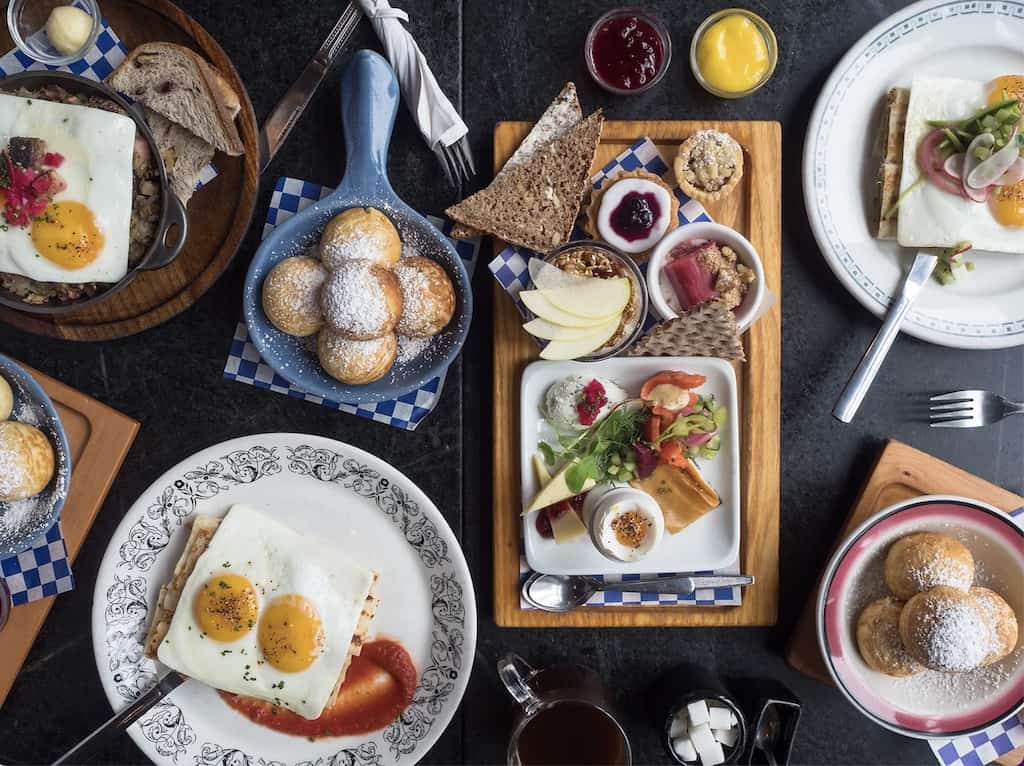 Broder Soder is a part of a trio of restaurants also including Broder Cafe and Broder Nord.

Located nearby the city of Tigard, the reason for Broder Soder being considered as one of the top Scandinavian restaurants in Portland is that they serve the most varied selection of aquavit throughout the West Coast.

Aquavit is a spirit distilled from potato or another grain hence its similar taste to vodka.

It’s mainly flavored with caraway. Pair your aquavit with any of Broder Soder’s delicious meals such as Norwegian potato crepes or Swedish meatballs. There are also several dishes available for vegans and vegetarians.

If you are looking to try the most delicious aquavit in Portland along with a stellar indoor or outdoor dining experience year-round, visit Broder Soder today! 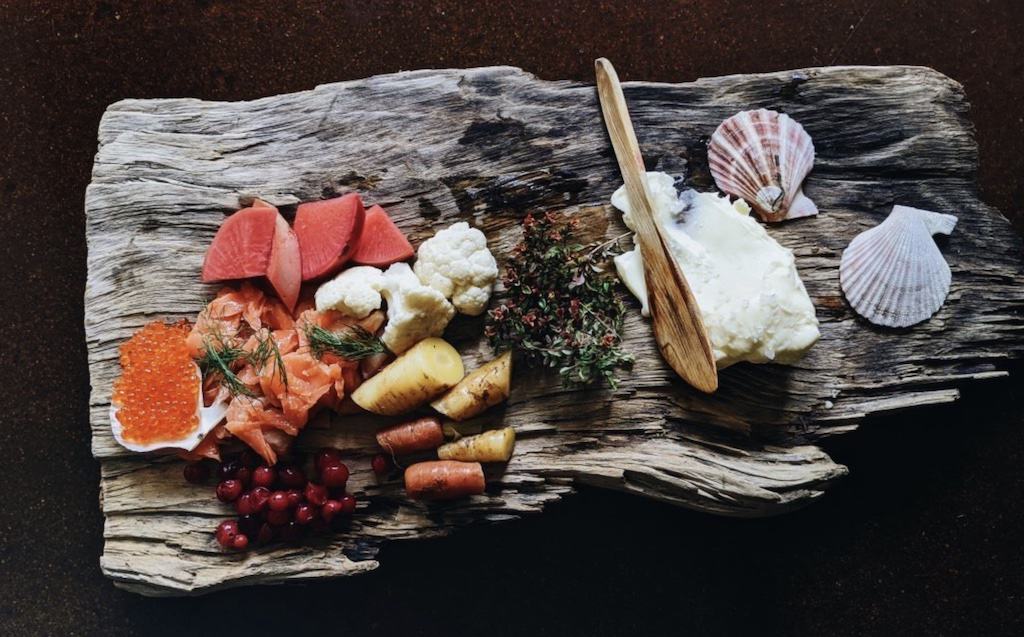 Fimbul’s owners take their experiences and recipes learned from Iceland and bring it all back to Portland with them. Fimbul is one of the top Scandinavian restaurants in Portland because of this blended wild nature of their dishes based on Icelandic cuisine.

When you visit the Lamb Inn in Portland’s Hosford-Abernethy district, you can enjoy Fimbul’s Iceland-inspired menu items that update daily.

Hence, you are only experiencing the highest quality Scandinavian restaurant eats when you visit this Portland gem.

3. Viking Soul Food – elected one of the best food carts in the country with gluten-free options

Located inside the Bite on Belmont in Portland’s Sunnyside neighborhood, Viking Soul Food is served from a quaint trailer with bold flavors.

It’s known as a top restaurant in Portland for its potato lefse primarily and other Norwegian bestsellers such as Norwegian meatballs, surkal, smoked salmon, and Scandinavian rye bread.

Viking Soul Food has claimed since 2010 they serve only the most “excellent Scandinavian food” with a small yet high-quality tasting menu of savory fare, sides, and sweets.

The savory fare can be prepared as a lefse wrap or a gluten-free dish. If you are looking for scrumptious gluten-free eats, look no further than Soul Food.

4. Broder Nord – a great place to try a Swedish breakfast 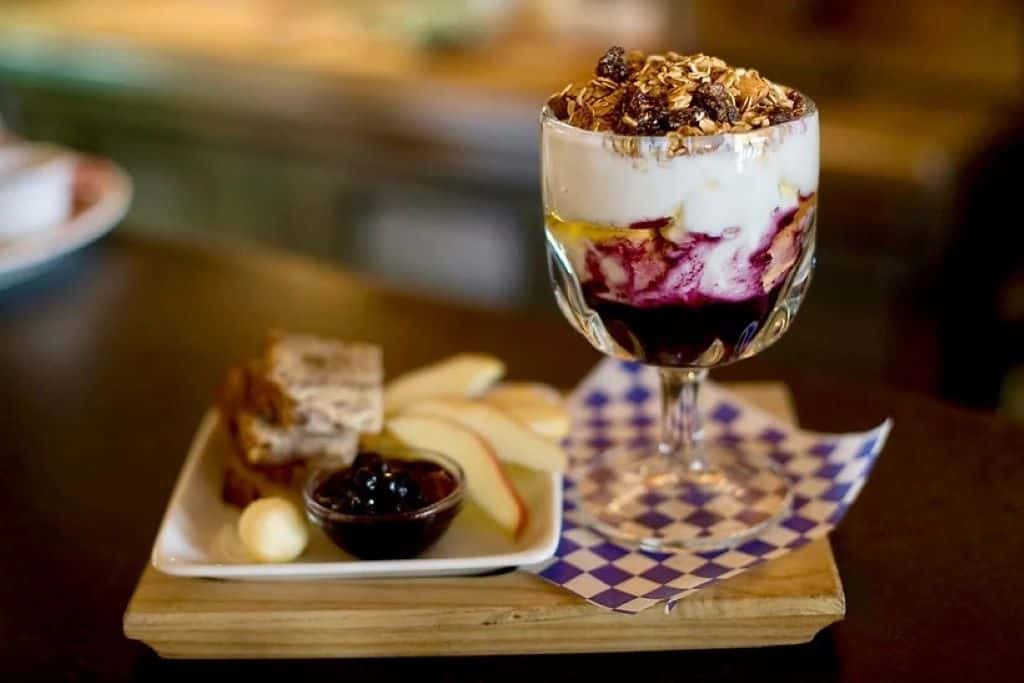 Broder Nord is the second of the trio of eateries in the Broder company which naturally makes this establishment a top Scandinavian restaurant in Portland.

If you want a more elegant and stylish dining experience while enjoying a quintessential Scandinavian dish, look no further than Broder Nord located in Portland’s Boise District.

Taste authentic Scandinavian cuisine by enjoying their beef frank mixed with a potato pancake and shrimp salad and pickles topped with housemade mustard.

At the end of your visit to Broder Nord, stop by their in-house Broder’s Nordic Market to shop Scandinavian gifts and prepared pastries to take home.

5. Broder Café – a cute Scandinavian eatery that provides the largest selection of aquavit 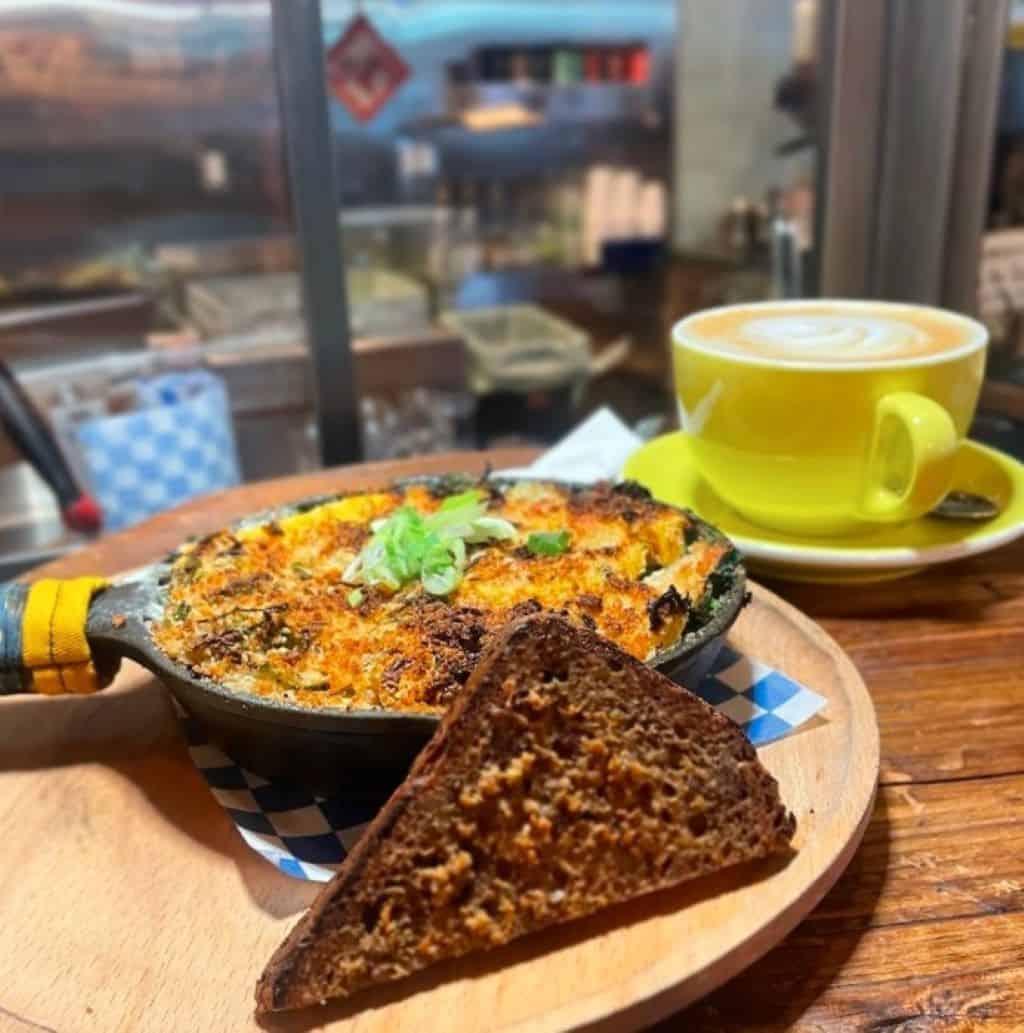 Broder Cafe is the last of the trio of Broder restaurants that serve popular Scandinavian cuisine in Portland. You can enjoy Scandinavian eats and the same popular Aquavit in a cozy cafe environment.

Broder Cafe is one of the top Scandinavian restaurants in Portland because they are known for their delicious breakfast dishes and Bloody Marys.

If you are looking to try the tastiest Scandinavian breakfast in Portland, look no further than Broder Cafe located in the Hosford-Abernethy district.

6. IKEA Restaurant – the best place to try the most delicious and famous Swedish meatballs with a veggie version too 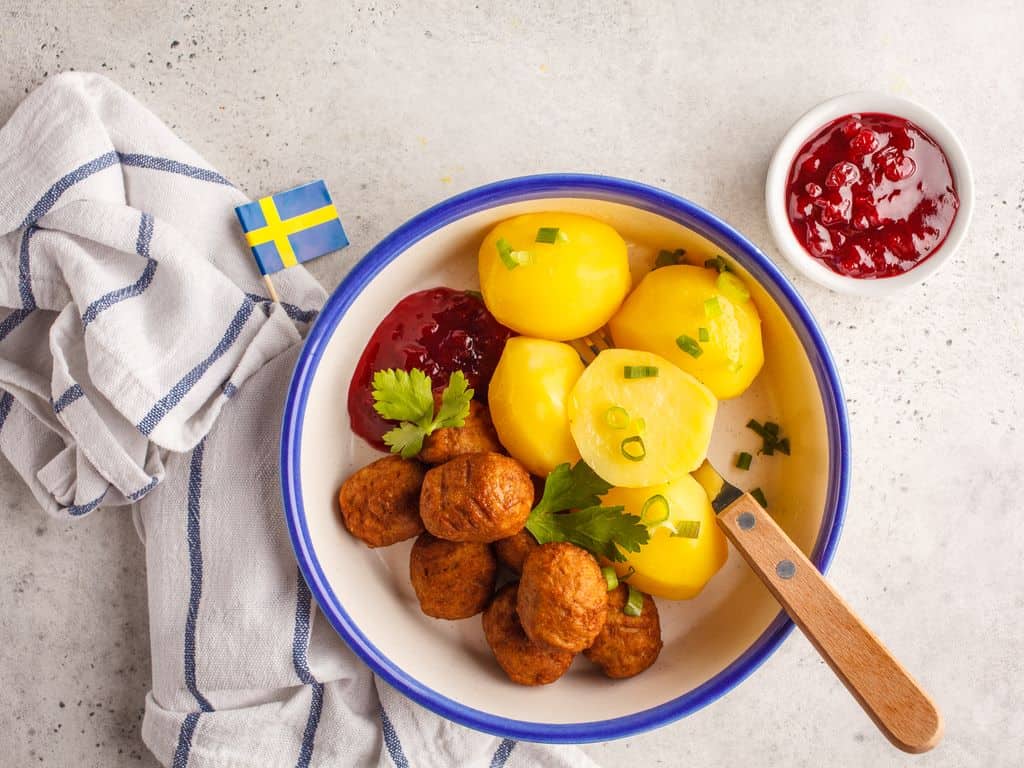 The IKEA Restaurant is best known for its salmon and meatball dishes (as well a vegetarian version!) which makes this establishment one of the top Scandinavian restaurants in Portland.

Located in the Portland PDX Airport area inside the local IKEA store, you can eat your favorite Scandinavian cuisine in between shopping for home decor and furniture whether you eat before shopping or afterwards!

Since IKEA originated in Sweden, it’s only natural they would want to display some of the iconic food from their homeland right in their chain of home goods stores.

Consider visiting IKEA to shop for your home goods and try new Scandinavian cuisine all in one trip!

7. Ingrid’s Scandinavian Food – a beautiful family-owned eatery where you can enjoy Nordic food near Portland 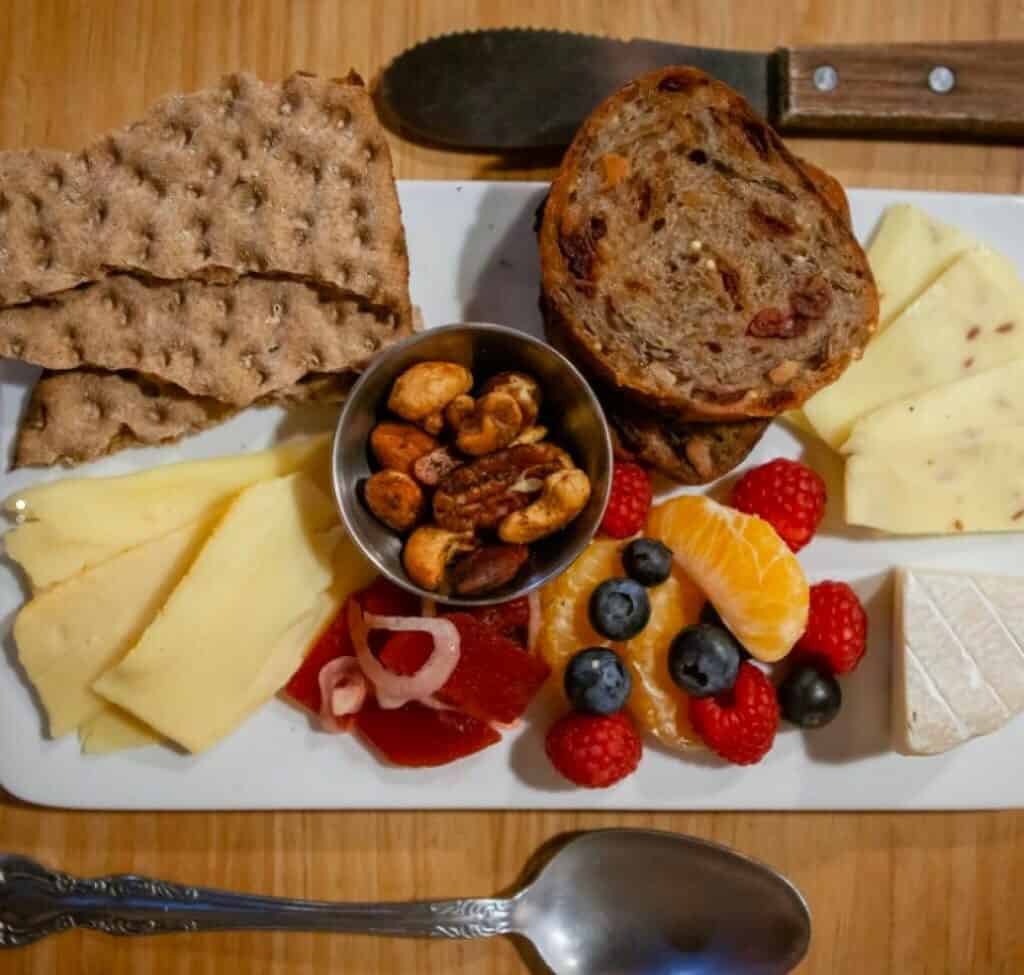 If you are looking to dine in a cozy, rustic environment to get your Scandinavian cuisine fix, consider Ingrid’s Scandinavian Food high on your list of options. With counter seating available, you will feel specially accommodated in a one-on-one way via your server.

Located in Historic Downtown Oregon City about 25 minutes away from Portland, Ingrid’s Scandinavian Food was founded by a mother and daughter that wanted to feature the Norwegian cuisine they grew up on.

They make distinctive dishes available to their clients that are unlike any other in the Pacific Northwest.

Ingrid’s is best known for its daily fresh-baked lefse. Lefse is a potato-based flatbread that’s used to make their wraps.