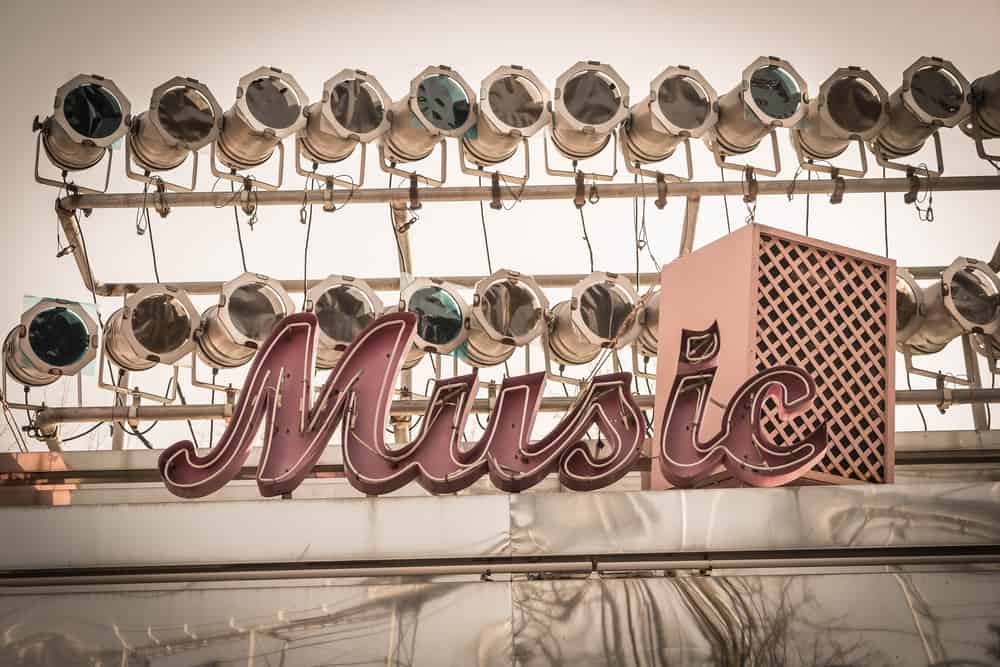 If you want to experience the most high-spirited music venues in the USA, Portland is your destination. The city is one of the hippest in the country for those into the arts. With a fusion of urban and modern venues that offers concert halls, bars, hotels and clubs you won’t run out of options. To immerse yourself into the scene, from indie music to Afrobeats, here are the best live music venues in Portland, Oregon… 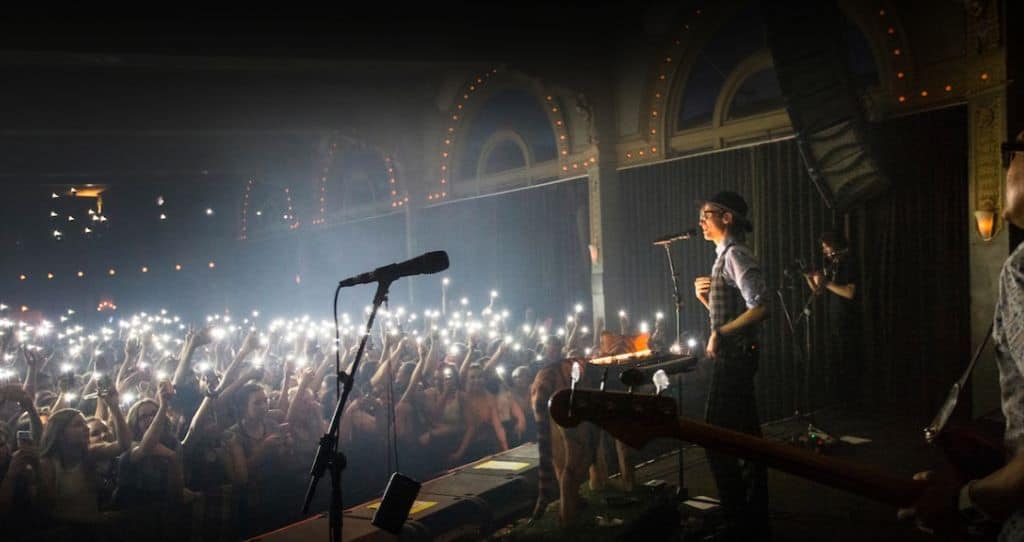 McMenamins is one of the most historic venues in Portland and on the whole West Coast. Founded as Cotillion Hall in 1914, this venue has seen it all, from Edwardian balls to Great Depression-era dance revivals to modern concerts. Much of the original décor is still intact, including the grand chandeliers, vaulted ceilings, and what many experts consider the only surviving, active “floating” dance floor in the country.

McMenamins Crystal Ballroom is worth a trip just for the history alone, but the venue also hosts some of Portland’s most exciting concerts, from country legends such as Tanya Tucker to indie bands such as Walk the Moon.

Revolution Hall shows that sometimes, going to school is worth it. This venue is located in what used to be Washington High School. Although your high school auditorium may bring up unpleasant memories, this one plays host to some of Portland’s hippest concerts.

Revolution Hall hosts plenty of live music, from original touring artists to tribute acts. If you get hungry before or after the show, there are several places to order food and drinks, including a rooftop deck. You can even book a private lounge for your own events. 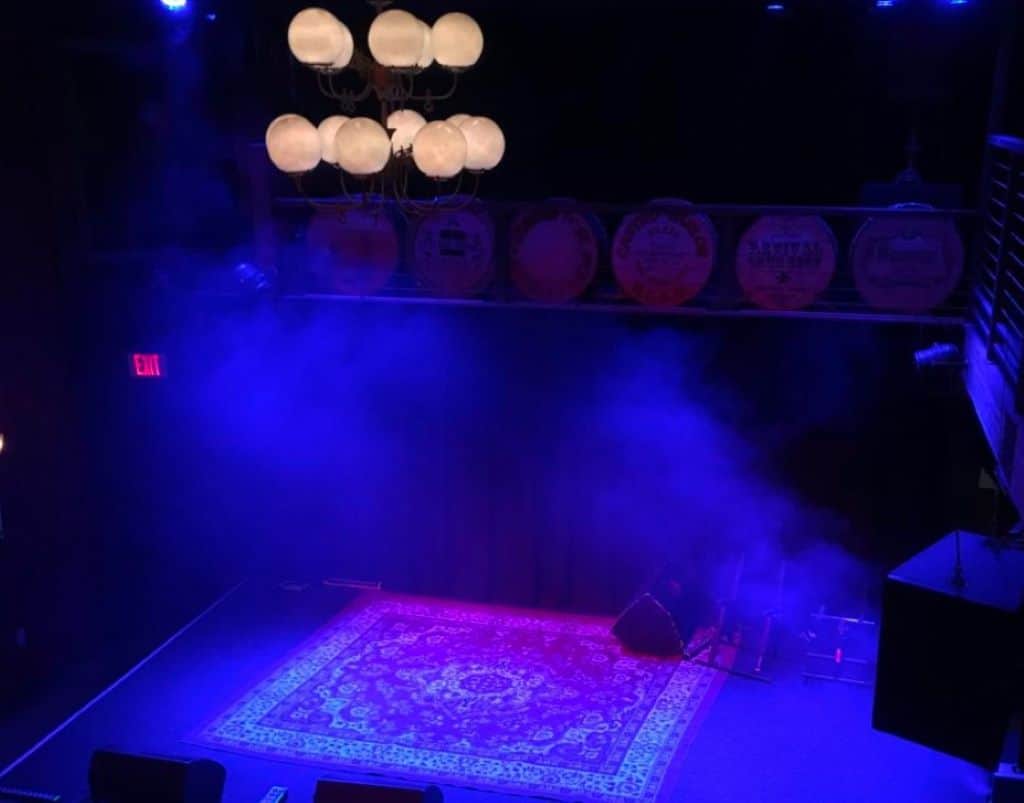 Mississippi Studios is where people who are really plugged into Portland’s music scene go to check out the hippest artists. Continuing the Portland tradition of repurposed music venues (the location was once a Baptist church), this place has a live stage and a recording studio for indie artists.

Mississippi Studios calls itself “the musician’s music venue,” and it’s easy to see why. The space is owned and operated by musicians who bring their encyclopedic knowledge of their craft to the lineup. Artists tend to be indie darlings from many different genres. This is truly a unique space helping to maintain the Portland scene. Besides attending a show here, you can also come for food and buy merchandise.

4. Dante’s – cabaret and karaoke nightclub with a groovy environment

Dante’s in Portland’s Chinatown has something for everyone. The venue regularly hosts rock bands but is not afraid to show its softer, more sensual side with some cabaret or karaoke nights. Whether you are coming to bang your head to local punk groups or looking for a more mellow night out, the atmospheric, neon venue will hit the spot.

Dante’s hosts the Sinferno Cabaret, a cheeky weekly show complete with music and fire-dancing, which regularly sells out even though it’s been running for decades. If you like your late-night entertainment with a bit of food on the side, Dante’s is also Portland’s go-to for late-night pizza. 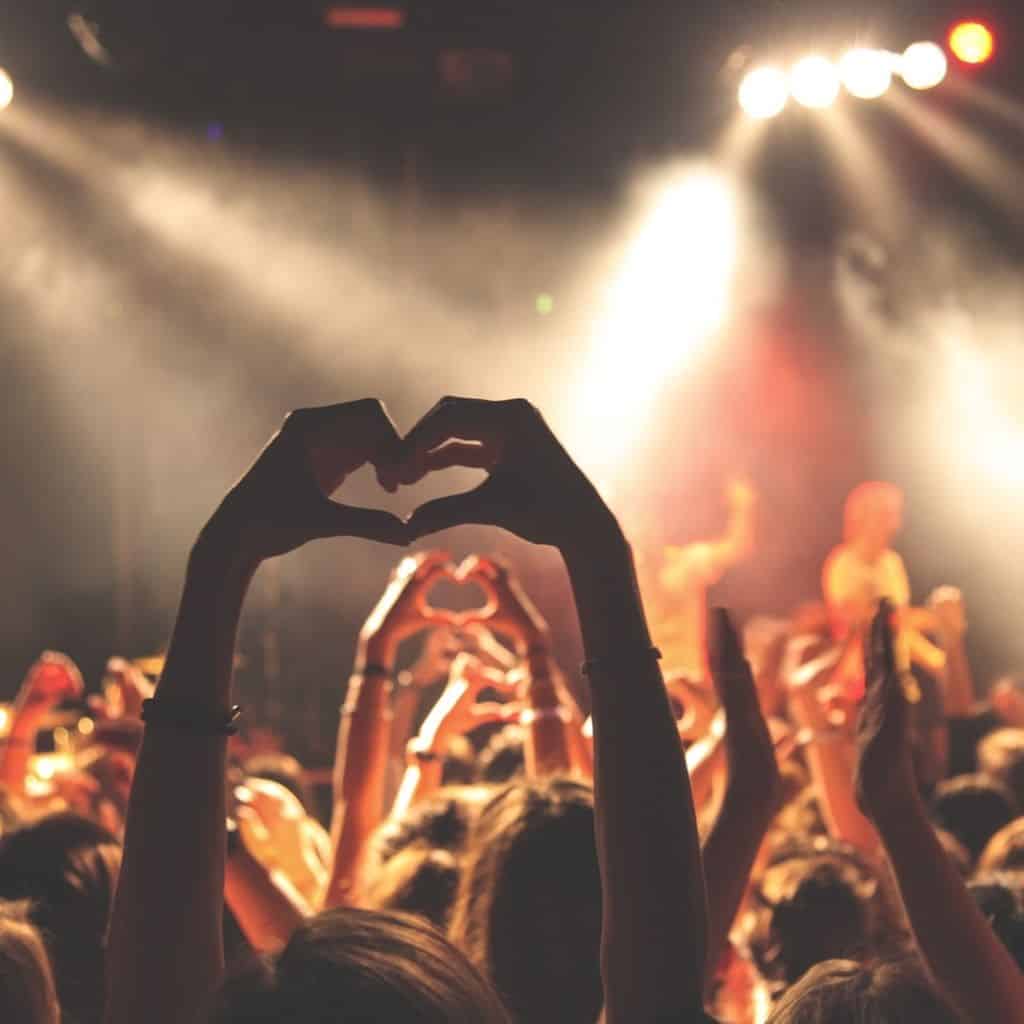 While other Portland venues attract the latest bands or focus on bringing touring artists to the city, Influence Music Hall is all about bringing music to the community. The music hall never forgets its mission of creating a space for locals to make music and art together. The venue is community-run and most of the board are musicians themselves.

To see the best local talent that Portland has to offer, check out the events that the venue puts on, such as their iconic Friday Night Open Mics and Tuesday Art Walks. 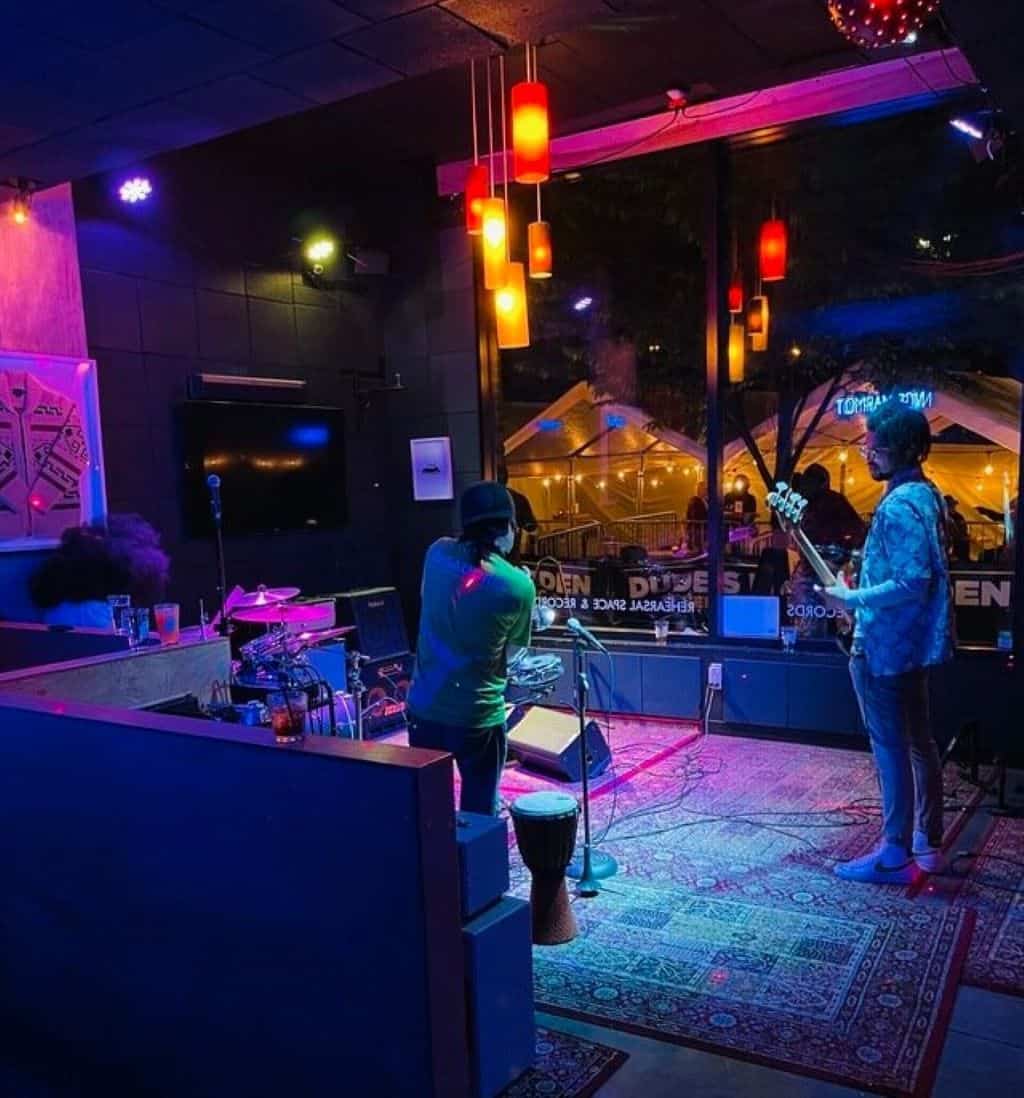 Named and decorated in honor of one of the coolest movies in cinematic history, The Big Legrowlski is one of Portland’s coolest music venues. The people at the bar never tire and put on music events every single night. Whether you want to listen to local bands of all genres, check out a new DJ, or join in on the open jam nights, The Big Legrowlski is the place for you.

If you’re someone who doesn’t want to compromise on your drinks while you listen to music, this is the place to go. Unlike other venues that only serve basic beer on tap, The Big Legrowlski also has craft beers on tap. 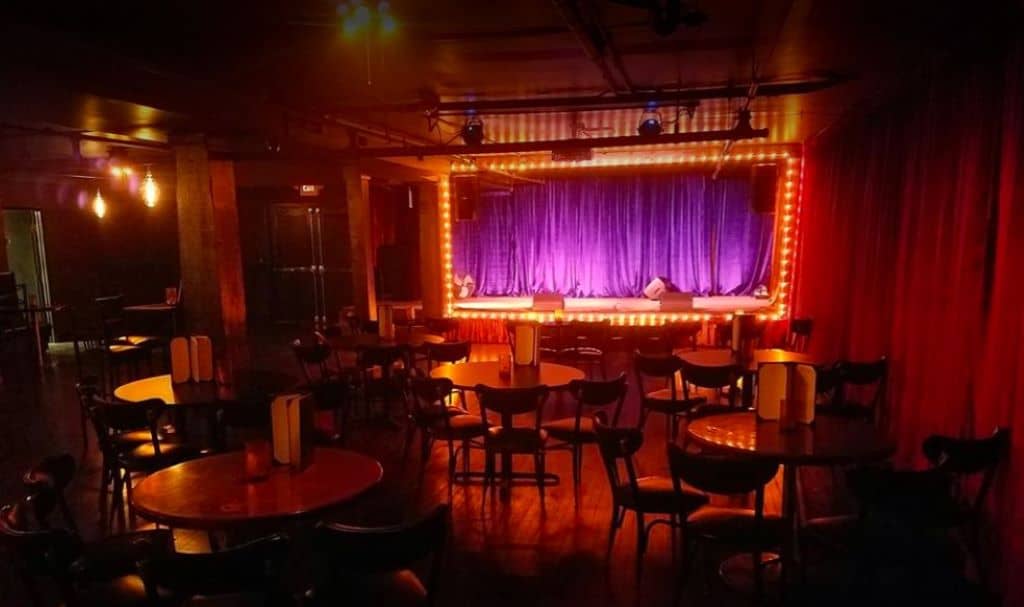 We may be in the 2020s, not in the 1920s, but step foot in the Jack London Revue and you’ll feel as if you’re partying with the wildest of flappers. The underground venue mimics the feeling of a speakeasy and it’s hard not to feel as if you are entering Portland’s best-kept secret when you go down into the basement.

Jack London Revue is the place to go in town for jazz and alternative instrumental music of all varieties. Enjoy virtuoso musicians in an elegant setting, complete with cocktails and small dishes. 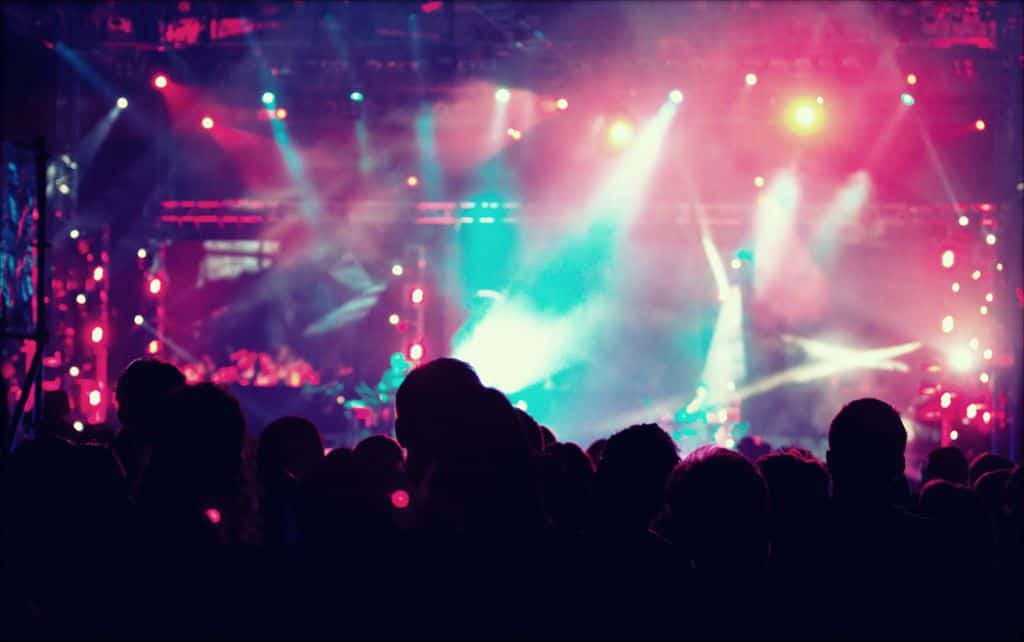 Don’t let the humble exterior fool you—behind the warehouse façade lies one of the best live music venues in Portland. Holocene is where Portland’s cool kids go to hang out. Although it is known as one of the best venues in town to check out electronic music, Holocene hosts musicians of all genres.

Besides live music, Holocene also hosts DJs playing themed mixes ranging from bubblegum pop to Afrobeats. This is also a dedicated space for Portland’s visual artists. Check out their calendar for upcoming events that often include multimedia and visual performances that make use of the unique space and video projection. 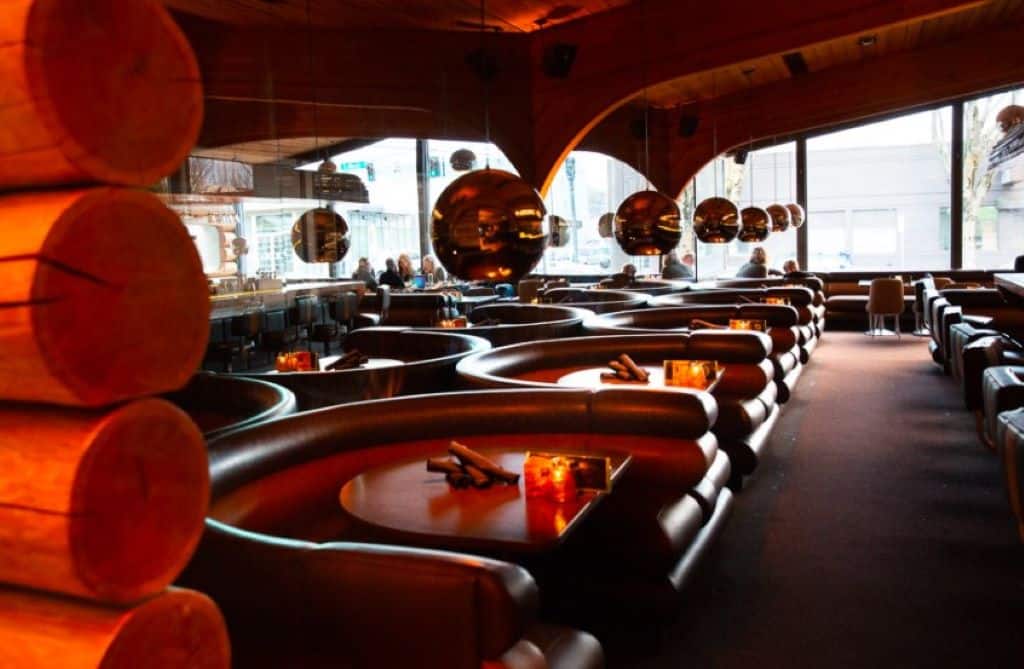 Unsuspecting visitors who walk into the Doug Fir Lounge would be forgiven for wondering if they wandered into the wrong place. The log-covered bar and rustic décor make the place look more like a hunter’s lounge than an innovative music venue.

However, Doug Fir Lounge is one of the best places in Portland to see indie acts, including darlings such as Arlo Parks. The excellent lineups are matched by the innovative menu at the attached restaurant. Look a little closer and you’ll see that the rustic décor has a futuristic edge as well. First impressions can be deceiving. 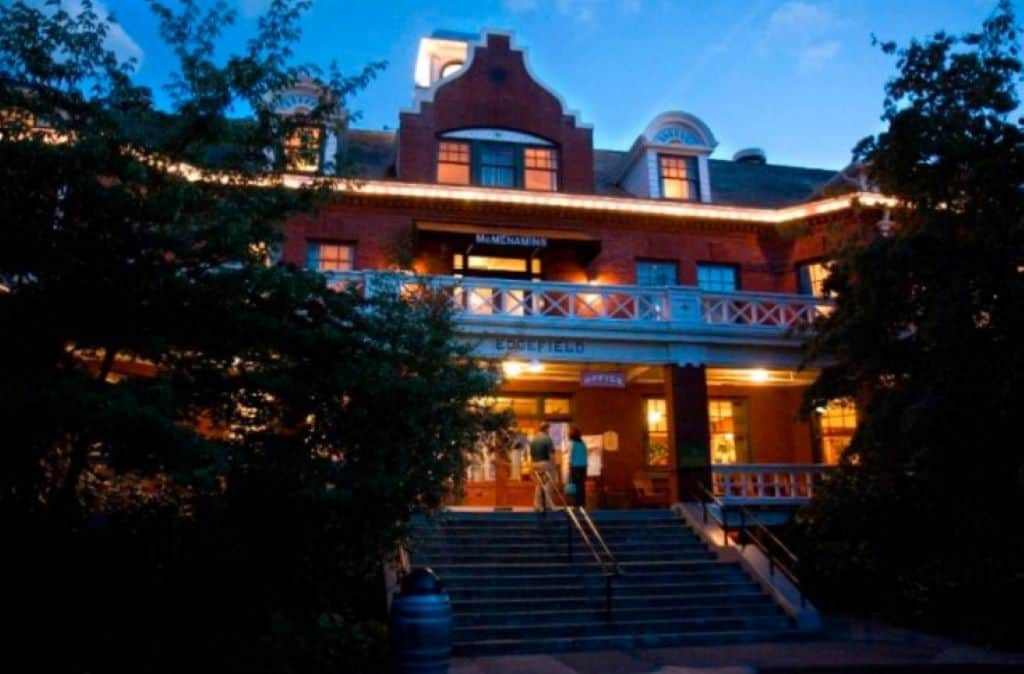 However, once the speakers turn on, the space is anything but low-key. The hotel has an excellent concert venue right on the premises, nestled in the bucolic landscape. This is not your typical small-town music venue and the hotel attracts many big names.

11. Kenton Club – bar and music venue with a laid-back vibe 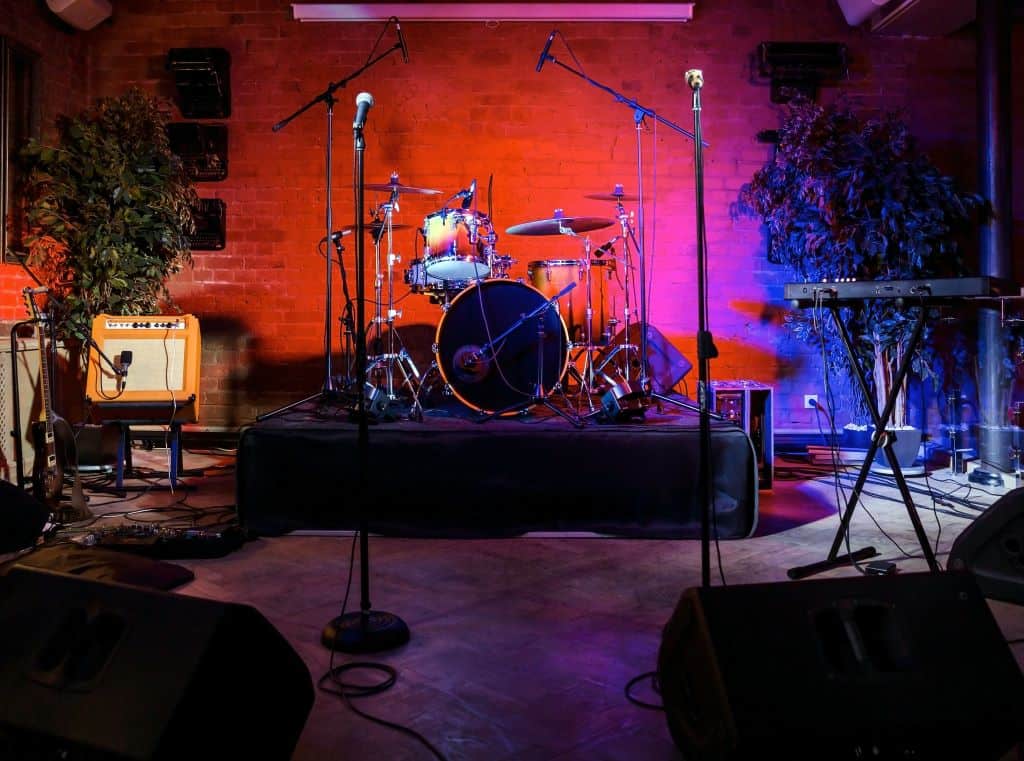 Since 1947, the Kenton Club has been the place to go for a fun night out in North Portland. Although it earned its fame as a biker bar and setting for the 1972 film Kansas City Bomber, the bar has not rested on its laurels. With inexpensive beer, karaoke nights, themed dance nights, and live music, it has succeeded in attracting a diverse clientele.

For a taste of real Portland away from the tourists (and one of the centers of LGBT life in the city), come to the Kenton Club.