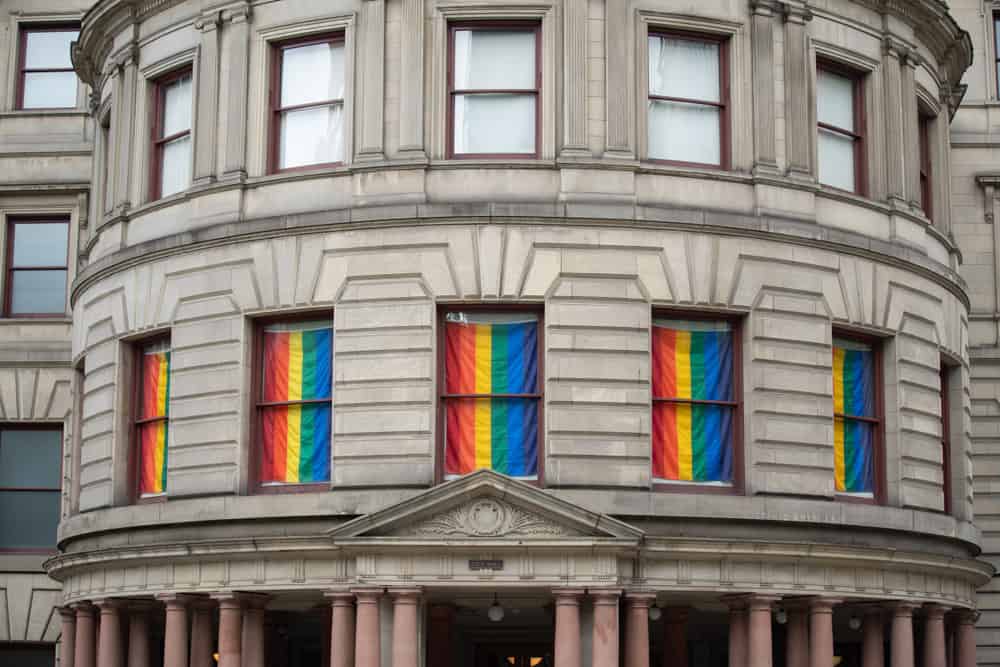 From Queer Film Festivals, Drag Performances, Pride Parades, Dance parties, relaxed bars and more, members of the LGBTQ community who live, work or visit Portland will find the Rose City to be a fantastic gay-friendly city, here is a LGBTQ Guide to Portland, Oregon…

The LGBTQ community in Portland 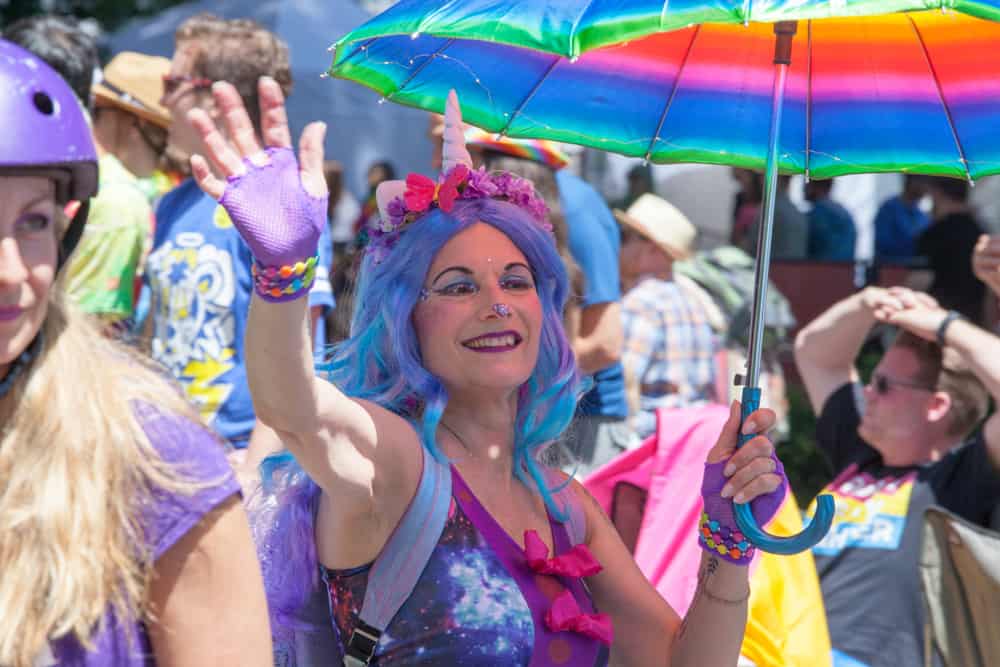 The LGBTQ community in Portland is quite extensive. The city is home to drag queen Walter “Darcelle XV” Cole who has held the Guinness World Record for being the oldest drag queen performer in the world since August 15, 2016.

There are also lots of gay sports leagues and dance clubs, a large amount of LGBTQ owned businesses, and many community organizations.

In 2008, Portland became the first large city to have an openly-gay mayor after Sam Adams was elected.

The history of Portland’s LGBTQ community 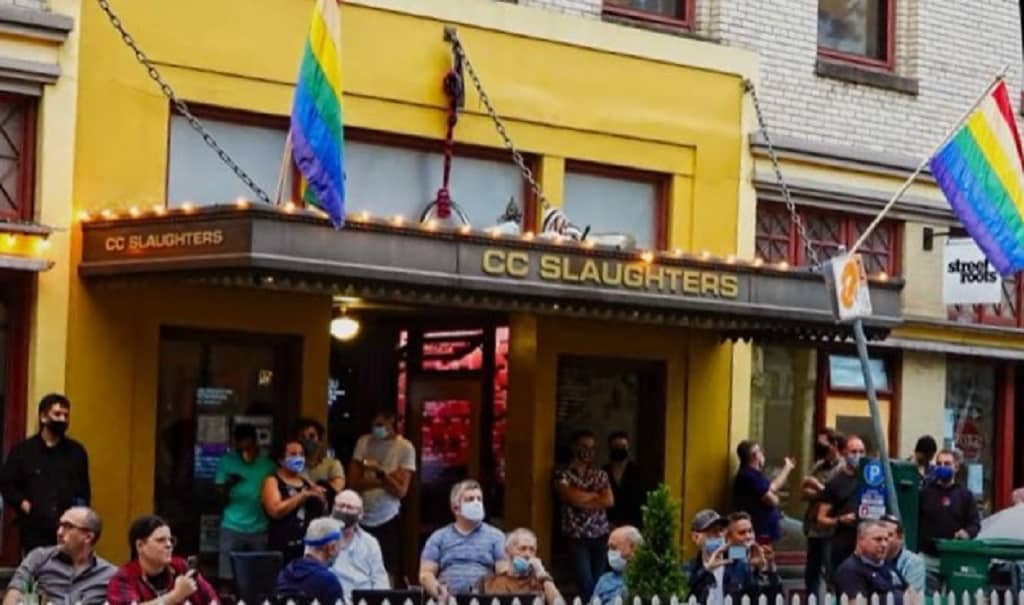 Portland has been active in pushing for inclusiveness for the LGBTQ community for over 50 years.

In fact, Native Americans/First Nations have celebrated Two Spirit people for millennia. Although this specific term is relatively new, the concept of having two spirits (a person embodying two genders) in indigenous populations has been around for generations that predate LGBTQ. Portland even has a Two-Spirit Society that is gaining in popularity.

The gay communities in Portland started to become visible through local media. Shortly after the Stonewall riots, John Wilkinson, an openly gay staff writer of the underground newspaper Willamette Bridge, responded to an anonymous classified ad that had been posted to the paper but not included in its publication. In his reply, which was entitled “Dear Gay, Young, and Lonely”, Wilkinson described the secret lives that gay men and women were forced to lead and called for them to come forward to organize what became the PGLF – the Portland Gay Liberation Front. 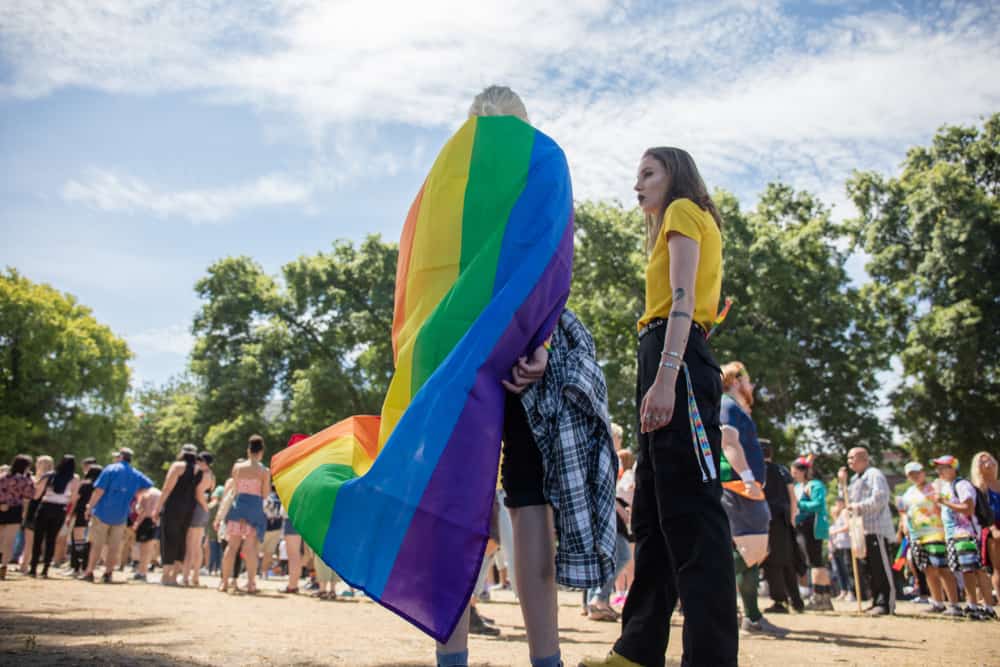 Henceforth, Portland has been active in pursuing LGBTQ rights for the last five decades. Two years after the formation of the PGLF, Oregon repealed its laws on sodomy, being the fourth state to do so. Subsequently, in 1974, a law was passed by Portland City Council to bar employment discrimination based on sexual orientation.

In 1975, Portland celebrated its first Gay Pride with indoor events like dances, and an outdoor public festival. The events were sponsored by The Second Foundation, a gay rights organization.

After Portland saw its first death from AIDS in 1982, the PALS (Personal Active Listeners) and Cascade AIDS Project were established. Other organizations that popped up around this time were Portland Gay Men’s Chorus, Esther’s Pantry (providing food and care to HIV patients), Portland Lesbian Choir, and the grant-making, non-profit Equity Foundation. 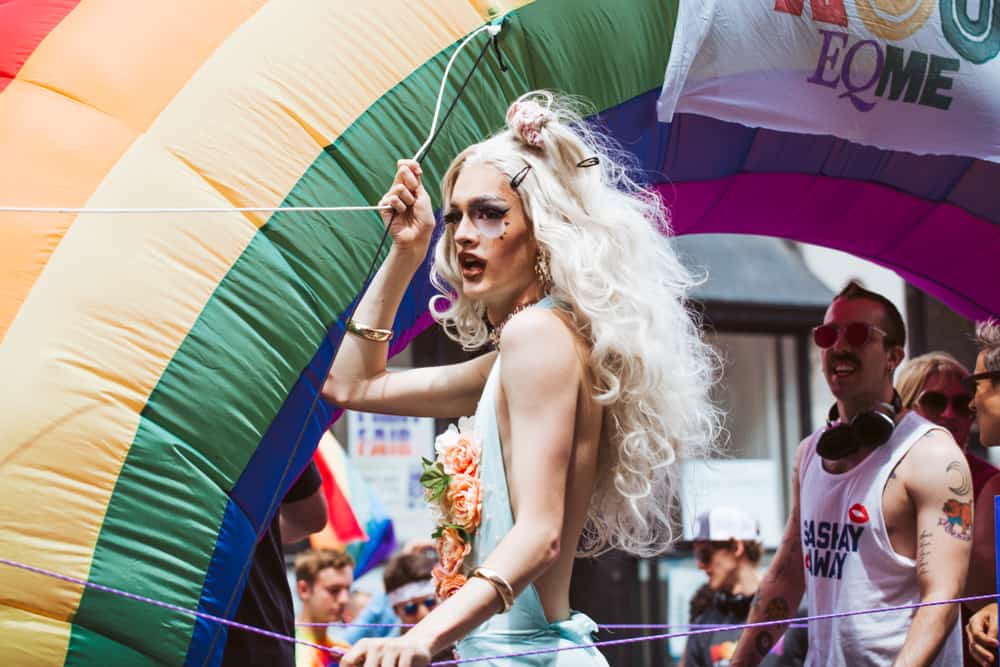 Ever since the first Gay Pride event in 1975, Portland’s events have gone from strength to strength and there is now a month-long celebration in the city each year in June. The man event is a two-day festival that takes place at Waterfront Park, and there are lots of parades with Portland’s Gay Men’s Chorus putting on performances.

The Waterfront Festival and Parade provide the biggest opportunity for the region’s LGBTQ community, businesses and organizations to be seen and heard. It’s a place where they attract new clients and supporters, increase their number of volunteers, and raise vital funds.

In 2019, the Portland Pride Waterfront Festival saw its largest ever attendance. There were in excess of 65,000 people with over 170 organizations, businesses and agencies from the local area as well as regional and national ones.

As for the exhibitors, you could see small, high school GSAs all the way up to international corporations. This year, 50% of exhibitors were non-profits, community or government groups, 25% were businesses, and 25% were sponsors.

Portland Black Pride is part of the national celebration and movement to unite culture, sexual orientation, and gender identity. It is a program run by Sankofa Collective Northwest. It began in response to the gay black minority community in the U.S. feeling less a part of the gay community as a whole and feeling further marginalized. The Black Pride events nowadays are well-established and aim to bring together and unite black gay, lesbian, bisexual, and trans people to celebrate their heritage at the same time as their sexual orientation and gender. 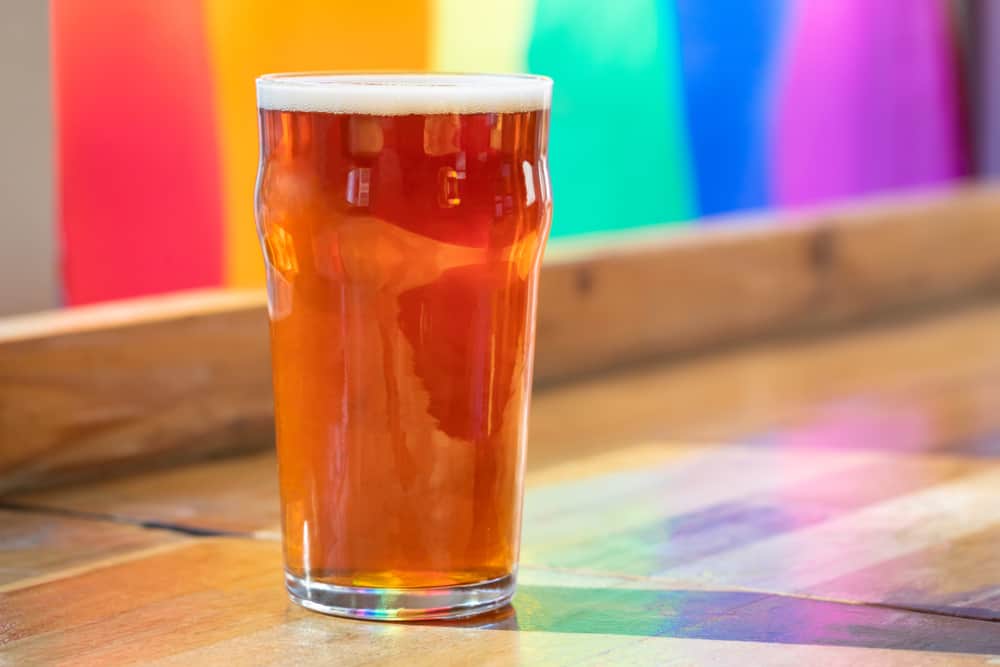 It’s not just in June where the LGBTQ community is visible and has events. There is a huge community that runs events across the city all throughout the year. There is a huge drag and burlesque scene, LGBTQ-owned bars and restaurants, and lots of organizations including ORPIB (Oregon Pride in Business).

Portland also has its own Gay Directory, which lists gay-friendly bars, nightclubs, restaurants, support groups and social groups. It also has a news section for relevant LGBTQ news in the city. 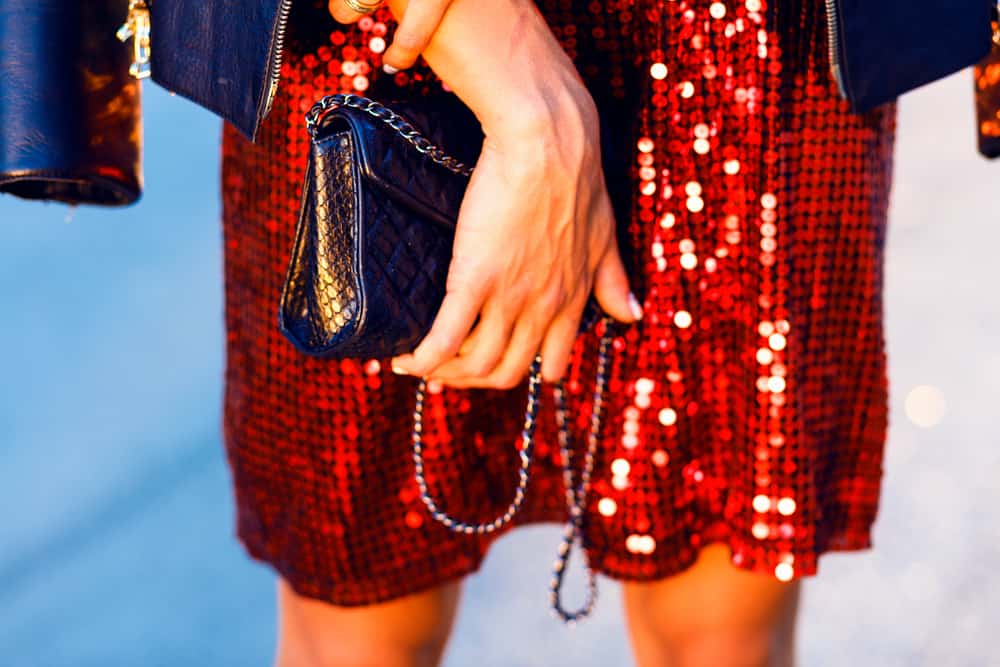 Each year in May, Portland is home to the Red Dress Party. As expected by the name, all party attendees have to wear a red dress.

The company is a charitable organization that was established and is run entirely by volunteers. The events raise money for members of the community who live with HIV and AIDS, and it also helps to fight domestic violence as well as other areas of the community in need.

As well as wearing a red dress to the party, attendees have food, drinks, entertainment and lots of dancing.

The first Red Dress Party was in 2001 as a basement party and was a small affair with only 75 people attending. Its initial focus was to help those suffering from or affected by HIV and AIDS. The red dress concept served to level the playing field as it were and create solidarity among attendees. The dress symbolizes compassion and support. No matter how you identify or who you are, everyone comes in a red dress.

As the event has grown, the organizers have taken on other causes, but HIV and AIDS will always be a top focus.

At one time, the rules were quite strict, and you had to wear a dress to attend but they have been loosened for inclusivity reasons. It is now possible to wear two-piece outfits like a top and skirt as long as it looks dress-like and is over 75% red.

Nowadays, the event is huge with over 2000 people attending each time. Each year, funds of more than $3000 are raised for local charities and organizations. 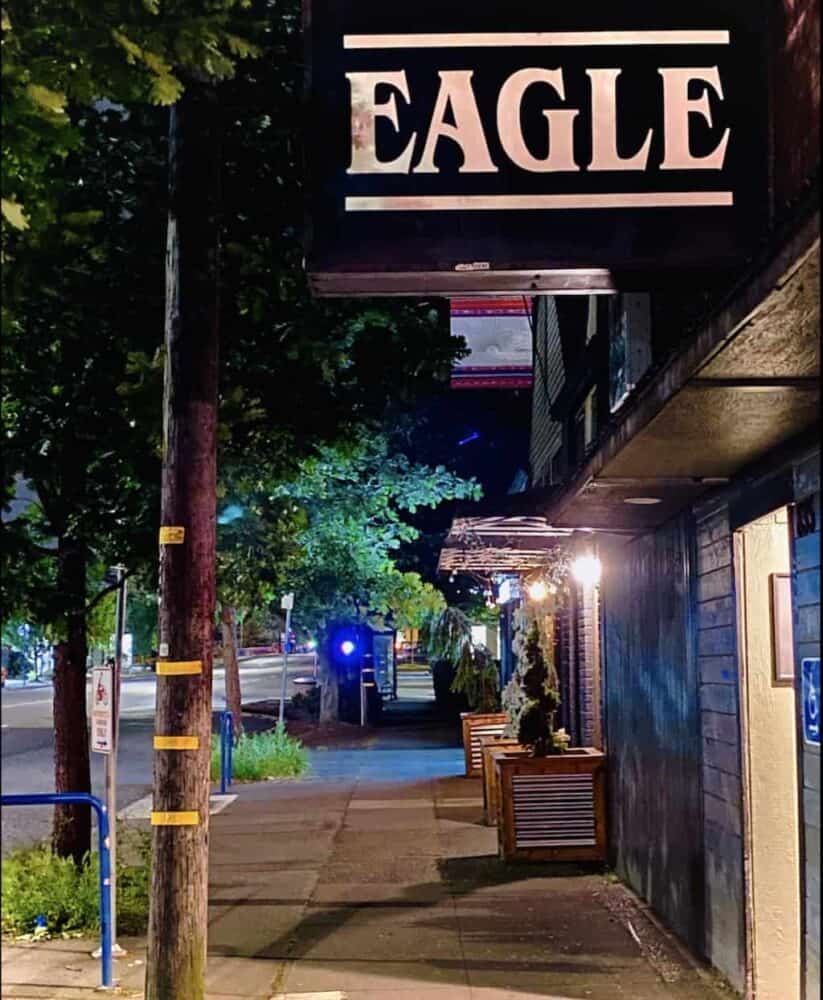 There are a multitude of gay bars and clubs to explore in Portland and all offer something different. The prominent lesbian and feminist scene focus on the Hawthorne District and its streets lined with trendy coffee shops and bars. Meanwhile, local all identities of local queer people tend to hang around in the Burnside Triangle. This area has LGBTQ nightlife suitable for everyone. There are drag shows, craft cocktails, and plenty of clubs to dance in.

If you’re looking for both dog-friendly and queer-friendly, Florida Room is a great place! It is open 3 pm -12 Sunday-Wednesday and 3 pm to 2 am Thursday to Saturday. There is a Happy Hour from 3 to 6 pm each day and it’s suitable for anyone aged over 21. They have a photo booth, pool, and pinball. The address is 435 N Killingsworth St.

Another great venue in North Portland is Shine Distillery and Grill. This place is queer-owned and made the headlines during the Covid-19 pandemic when it offered a “drag thru” service whereby patrons could wait for their to-go orders while enjoying a drag show from the car.

Nightlife in Downtown Portland and the Pearl District

If upscale bars are your thing, Vault Cocktail lounge has a large gay clientele. This bar is known for its affordable happy hour and signature cocktails. 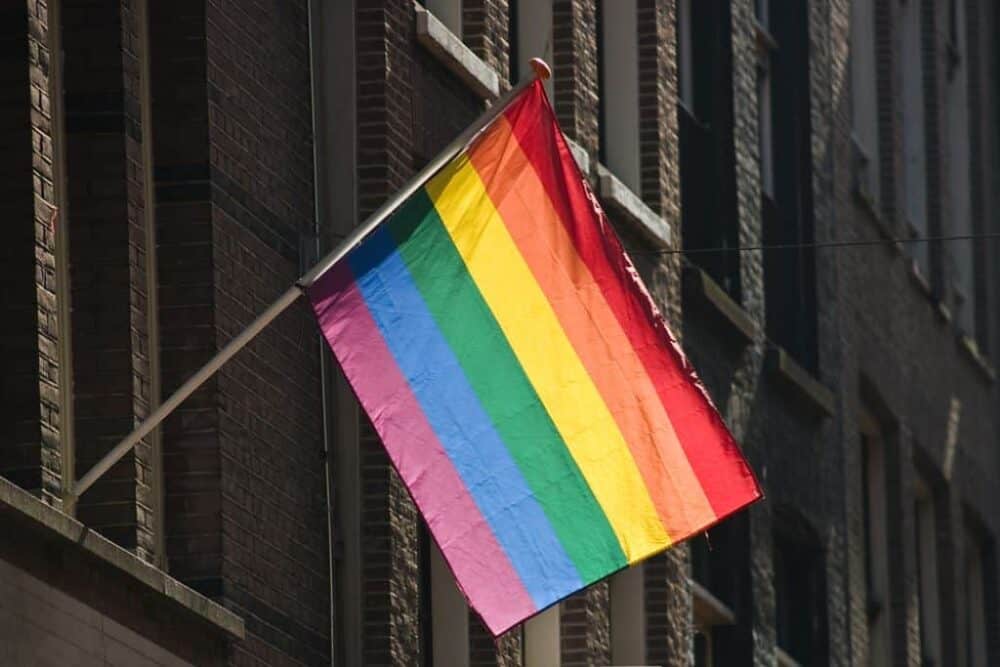 For a laid-back place, Crush in Southeast Portland is a good venue that is easily accessible from downtown. It is also popular with locals as well as visitors.

FAQs about LGBTQ in Portland

Is Portland an LGBTQ-friendly city?

Yes. The community is welcoming and friendly to LGBTQ people.

How big is the LGBTQ community in Portland?

It is impossible to estimate the exact numbers but there could be around 100,000 people in the metro area of Portland who belong to the LGBTQ community. As a percentage of the population, Portland’s LGBTQ community is among the five largest in the country.

Is there a directory of businesses owned and run but the LGBTQ community?

Yes. ORPIB (Oregon Pride in Business) is the LGBTQ community’s chamber of commerce where you’ll find listings of LGBTQ-owned businesses in the city. There is also Portland’s Gay Directory.