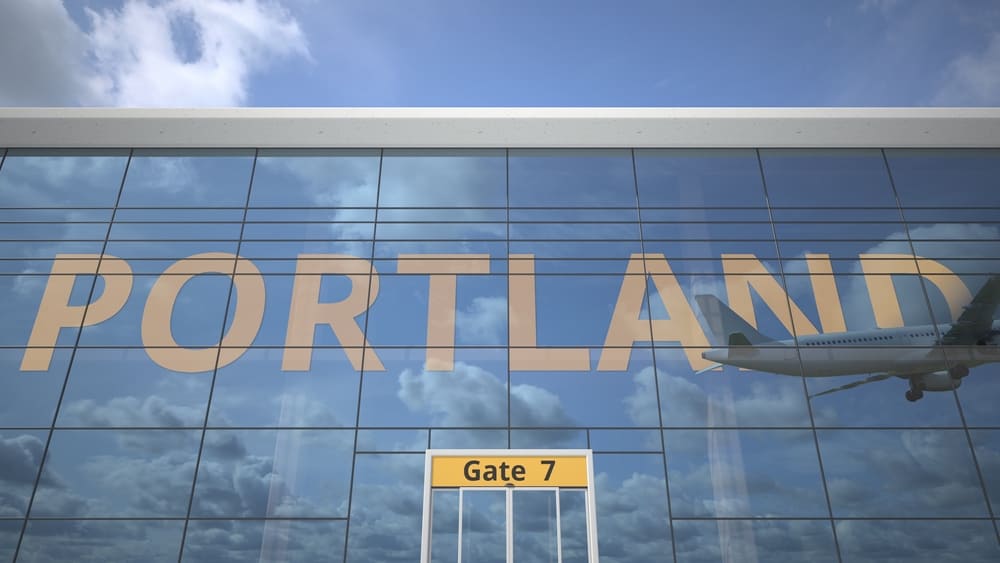 PDX (Portland International Airport) is the most important airport in Oregon with almost 20 million travelers using it each year. It has excellent online reviews including 4.5/5 on Yelp and 5/5 on Yellow Pages.

Where is Portland Airport? 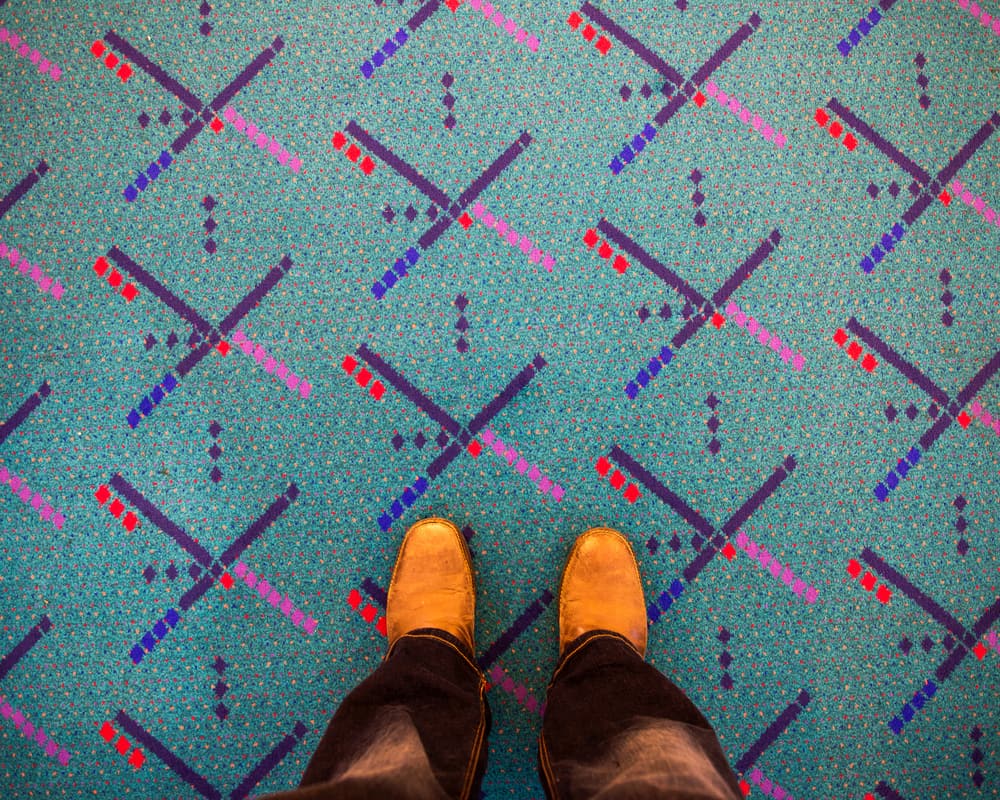 PDX occupies two parallel buildings that have the main terminal between them. There are three levels: the upper level is ticketing, the lower level is baggage claim, and the mezzanine has a conference center and USO lounge. On the upper level, you can also find a good variety of restaurants and shops.

The terminal security checkpoints can be found at either terminal end and provide access to the concourses B to E. If you happen to go through security at the wrong checkpoint, you can still get to the other concourses via a connecting corridor.

Outside the building, you’ll find the car rental center and short-term parking directly opposite. You can also find ground transportation outside the baggage claim.

The TriMet MAX Light Rail station is located at the ticketing lobby’s south end. You can use this to get to downtown Portland. 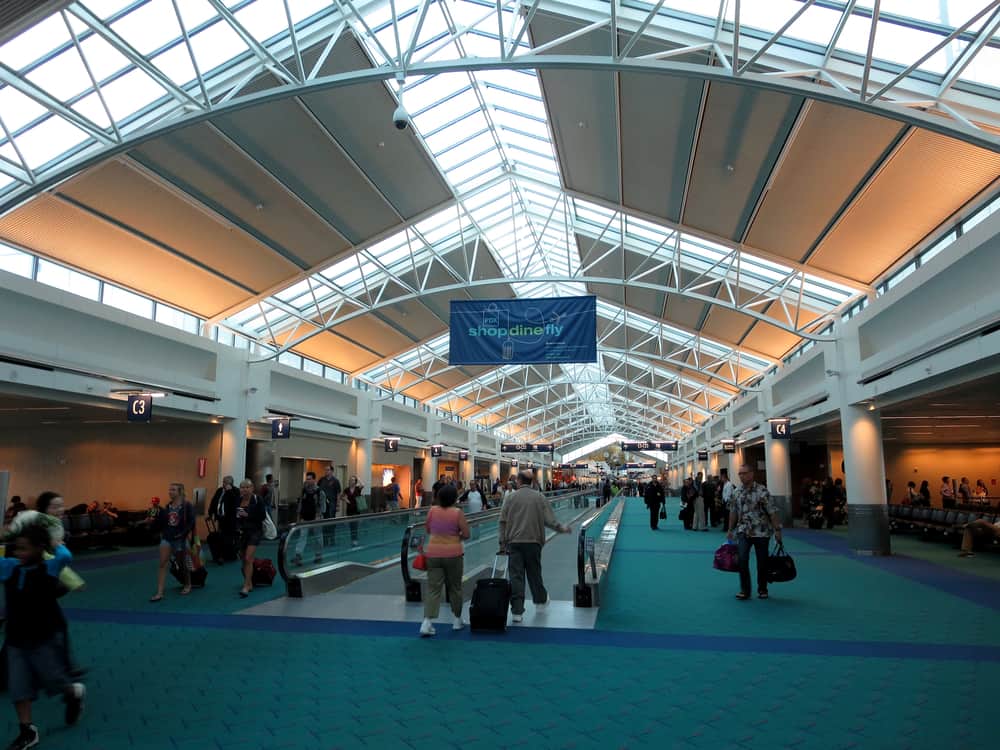 Concourse B is a small concourse with two gates: B1 and B2. As well as these two gates, you will find a café and a Travel Mart that sells travel necessities. Access to this concourse is quickest through the south checkpoint.

As well as the twenty-six gates, there are lots of restaurants and shops. Between gates 7 and 9, there is also a food court. Most of this concourse has moving walkways and gate C5 has an Alaskan Airlines Lounge.

At the terminal’s northern end, you’ll find concourse D and this is accessed through the north checkpoint. Concourse D has fifteen gates numbered 1 to 15. There is a Delta Airlines Sky Club located between gates 5 and 7. There is also a selection of restaurants and shops.

Finally, concourse E is at the north-eastern edge of PDX. It has four gates with numbers E1 to E4. It is best to reach this concourse via the north checkpoint. This concourse has a United Airlines Club opposite gate 1. There are not many shops or restaurants in concourse E but it’s easy to use the amenities at other concourses.

Since there is only one terminal at Portland International Airport, there is no inter-terminal transport needed.

After clearing security, there is a concourse connector. This links all of the concourses, and there are also moving walkways through this connecting corridor.

If you park at the economy parking lot, there are courtesy buses at regular intervals running between the parking lot and the terminal.

Customs and Security at PDX 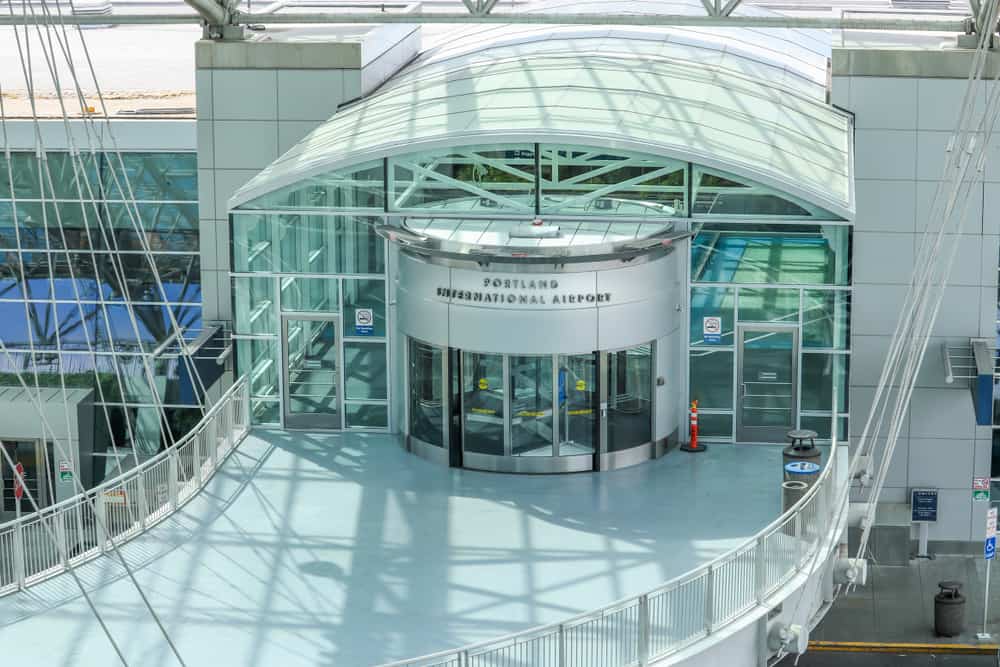 There are different operating hours for each checkpoint. The north checkpoint is open 24/7, while the south checkpoint operates between 4 am and 10 pm.

There is a TSA PreCheck available at both the north and the south security checkpoint. The south checkpoint is open between 4 am and 7:30 pm while the north remains open 24/7.

There is no Enrollment Center for TSA PreCheck at the airport. The closest is at 10350 N. Vancouver Way, which is about three and a half miles away.

These are available at Portland Airport for travelers who are pre-approved. There is an enrollment center in the main terminal on the mezzanine level. This is open between 9 am and 3 pm on weekdays.

Booth 11 also offers Enrollment on Arrival between 9 am and 9 pm daily.

Portland International Airport accepts the Mobile Passport system for U.S. arrivals. Travelers can enter their information on the app instead of filling in an arrival form. They then present their receipt electronically to an agent.

Cost and locations of lounges

It is not possible to access lounges with a Priority Pass, but you can get discounts off your bill at some bars and cafes including Capers Café Le Bar (Concourse C), Capers Market (Concourse D), Westward Whiskey (Concourse C).

There are almost thirty bars, cafes, restaurants and fast-food serveries at PDX. These include McDonald’s and Henry’s Tavern. You can find many of these before going through security in the clock tower plaza.

There is free Wi-Fi available in Portland International Airport both before security and after. It’s simple to connect to it. All you need to do is choose “flypdx” from the list of connections available, then accept the T&Cs. You can get help from [email protected].

There is an office for Lost and Found on the mezzanine level in the main terminal building. The office is open weekdays between 8 am and 4 pm. You can also call the office between 10 am and 4 pm on 800-547-8411.

This office is for items that have been lost in public areas in the terminal. If items have been lost while on an aircraft, you should contact your airline. 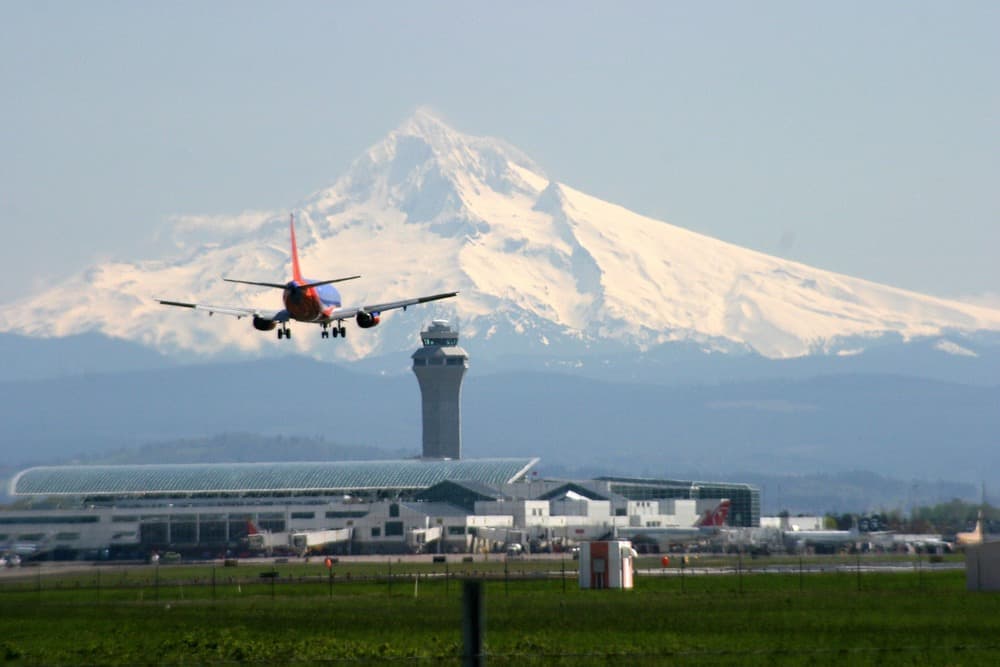 There are two information desks in the baggage claim area where passengers can seek assistance. You can also call Customer Services on 503-460-4234. The lines are open between 6 am and 11:30 pm.

Portland Airport is well-liked for its child-friendly approach. There are many play areas in the terminal. Some of the children’s play areas can be found in front of the entrances to the concourses. There are also play areas located in concourse C and concourse D. As well as these, there is a Hollywood Theatre that shows movies by local moviemakers.

There are two nursing rooms at PDX. These can be found opposite Capers Café in concourse B and C, and near gate D2 in concourse D.

There are two areas for pets to relieve themselves at Portland International Airport. One pet relief area can be found outside the baggage claim at the terminal’s north end. The second is on the concourse connector at the terminal’s south end.

PDX doesn’t have any duty-free shops. That said, Oregon State doesn’t have sales tax so all shops charge the same.

You can only smoke in the designated area outside of the PDX terminal. Once you are through security, there are no-smoking areas.

Currency exchange is located in the baggage claim area close to carousel 9 as well as near gate D9 in Concourse D. There are also ATMs throughout the airport, both in the main building and the concourses.

You can store baggage at the terminal’s north-end baggage claim. The company is called Portland Provisions and the telephone number is 503-284-1292.

Getting to and from the airport

There are many ways to get to and from Portland International Airport:

There are buses that stop directly in front of PDX terminal.

Portland is home to the TriMet Max Light Rail and there is a station just outside the south end of the PDX terminal.

The Red Line runs to downtown Portland via the Rose Quarter Transit Center. There are trains four times an hour.

You can find a town car or limousine near the parking lot on the lower-level roadway. These companies come recommended by PDX.

You can get a taxi from the roadway lower level near to the parking lot. It usually costs about $45 to get a taxi from Portland International Airport (tip not included). The journey is around half an hour but it depends on the time of day.

It is also possible to use Wingz, Uber and Lyft from PDX.

Parking at the airport 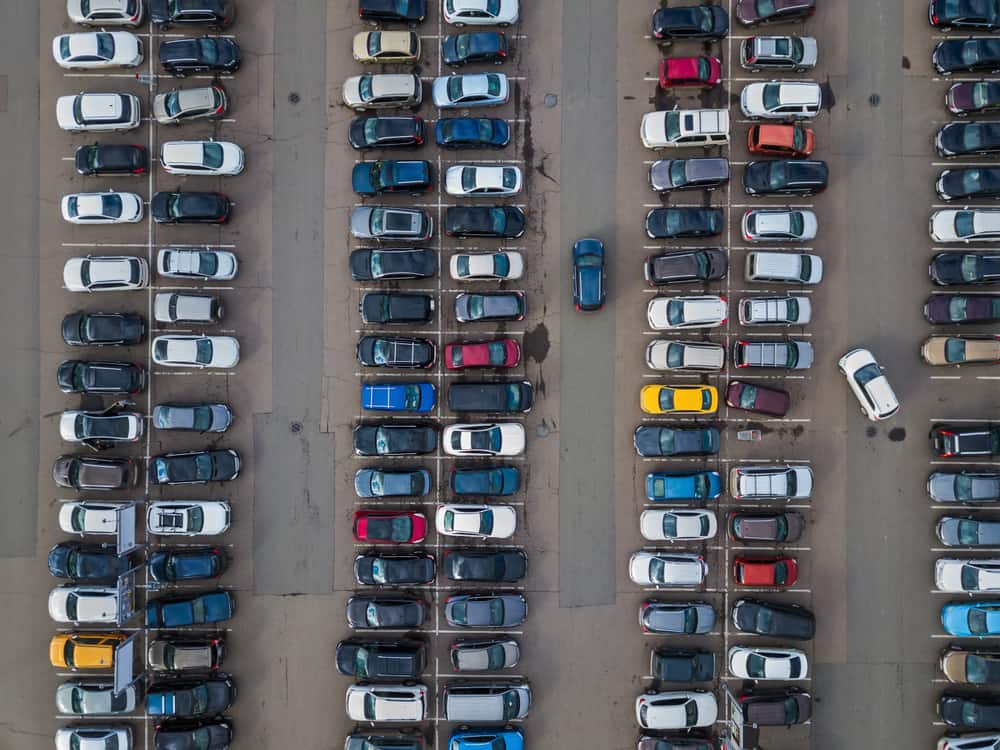 There are both uncovered parking lots and parking garages at PDX and both have availability for long-term or short-term parking. In total, there are more than 12,000 parking spaces available.

In terms of fees, you’re looking at $27 a day for long-term parking or $3 per hour for short-term.

Cyclists and motorcyclists can park at PDX free of charge underneath the upper roadway. There are racks on the lower level outside the main terminal building.

There is a car parking lot off NE 82nd Avenue and NE Airport way that allows people to park free of charge for thirty minutes. When the arrival is ready to be picked up, it’s a short 3-minute drive to the pick-up point.

There is a car rental center in the short-term parking garage on level one. These are the companies that have offices at the airport or nearby with a shuttle bus service.