Sport is a part of the lives of most people all over the world. Everyone is touched by sport in one way or another. People could be avid sportspeople or athletes, participating in a number of different sports. Others could be enthusiastic spectators and can be extremely loyal to the teams they support, whether they are in their hometown, international teams, or individual athletes.

Information regarding sports teams is especially important to spectators and supporters. It is therefore important to provide them with worthwhile information. Portland, Oregon is a city with a rich source of sports activities. There are a number of sports groups around the city.

The sport disciplines in Portland are: basketball, soccer, baseball, football, athletics, hockey, flat-track roller-skating, and so forth. It is important to give the general population the needed information to know where and when these athletes will provide the entertainment of pitting their skills against their opponents. This guide is intended for that purpose.

Some of these teams are professional league teams, others are not, but all are highly proficient and will provide the same high-intensity and exciting games to watch. Here is a summary of what you can expect from the Portland, Oregon sports teams.

The Portland Timbers have their home base at Providence Park Stadium in Portland, where they play all their home games. For soccer fans, the venue has become the place to be when it comes to this sport. The enthusiasm and atmosphere at these events is an experience to be had. It is no wonder it has won the accolades as the “Soccer City” of the United States.

The Portland Thorns Football Club is based at Providence Park as well and is, therefore closely linked to The Portland Timbers. As a women’s team, though, they are part of the National Women’s Soccer League (NWSL) and have been given Major League Soccer status. They earned this status through dedication, hard work, and professionalism. When the NWSL held their first championship in 2013, they were also the first victors of the championship.

Both soccer teams are community-oriented and make an effort to support and improve the lives of families in their home base city.

The Portland Trail Blazers is a historic team based at the Moda Center in Portland. They are a major league basketball team and, therefore, a part of the NBA, and in particular, the Western Conference Northwest Division. This team provides their spectators with much entertainment as sportsmen as well as during their halftime shows.

As a professional and enthusiastic team, they have always played in front of sold-out crowds. Even though they only won one NBA title way back in 1977, the enthusiasm of the players and fans alike made this team an all-time favorite in Portland.

The team, The Hillsboro Hops, is stationed at Ron Tonkin Field. With this team, you can expect a classic game format and strategy. People who enjoy a traditional game with no added frills will enjoy this team’s baseball games. It is no wonder that they won the Northwest League Championship Series two years consecutively.

The fact that the team has existed since 1977 explains their game style. They offer a special feature to their fans – a free shuttle transfer to and from Orenco Station. If you are an avid baseball fan, a trip to Portland should include attendance at one of their home matches. Their home games are played from mid-June through to early September.

As part of the National Collegiate Athletic Association (NCAA), the Vikings offer their fans a wide array of sports events at different venues for all seasons of the year.

Based at the Memorial Coliseum, Moda Center, The Portland Winterhawks provides the city with the ultimate in winter hockey excitement. This fast-paced team sport should be high on your list for your next visit to Portland. It is even more special if you are watching a highly professional team in action, such as the Winterhawks.

The Winterhawks is more than just a singular team because they also offer vibrant Winterhawks Junior Hockey and the Winterhawks Skating Center. They are also part of the Western Hockey League, and as a professional team, many of their players have ended up playing in the National Hockey League.

You will find the Rose City Rollers at The Hangar at Oaks Amusement Park in Portland. This is not a professional team, but all the skaters on this team are committed to hard work and training to be as proficient as possible. The team consists of four at-home teams, an international team, and two junior teams. They also have a recreational program. The four home teams consist of the High Rollers, Break Neck Betties, Heartless Heathers, and Guns N Rollers.

The international team is also the travel team and is called Wheels of Justice. They compete in the Women’s Flat Track Derby Association (WFTDA) and have been world champions in 2015, 2016, 2018, and 2019. Roller derby is an intricate game that takes some effort to understand. Once you know the game, it is an intriguing sport to watch. You will find an outline of the rules of the game on the Rose City Rollers’ website under “Frequently Asked Questions.”

For the best seat in the house at any of the Portland venues, it is important to book your place ahead of time. Why not arrange your visit to Portland, Oregon at a time when one of the teams has their home game.

Portland, Oregon offers a wide range of sports teams and sports events, and as a result, you have a wide choice of events to attend as well. It is therefore prudent for these teams and events to offer season tickets as well as block bookings. There are also deals that come along that allow spectators to get more for their money. You are able to do all this online on the teams’ respected websites.

All of the teams have websites to inform their loyal followers as well as anyone who wishes to watch a game or attend an athletic meet. This is where you will find their schedules as well. The schedules will give you all the information about when and where the next event will happen. It will give you the details of who the opposing teams will be as well.

By checking the schedules of the individual teams, you will be able to arrange your own schedule to attend the event of your choice. This is especially valuable for Portland locals, as they can see when the home games are scheduled.

This is an extremely important part of any sports team’s marketing strategy. However, it is also valuable as loyal fans can indulge in their support of their favorite team. Each team has a range of branded clothing, which includes items for both men and women, as well as for kids.

Memorabilia, as well as collectables for the enthusiastic fan, is always available. Most teams have stores at their home bases, and most of them have online stores as well. Purchasing from the official stores will not only mark you as a die-hard fan, but will also ensure that you receive genuine merchandise. 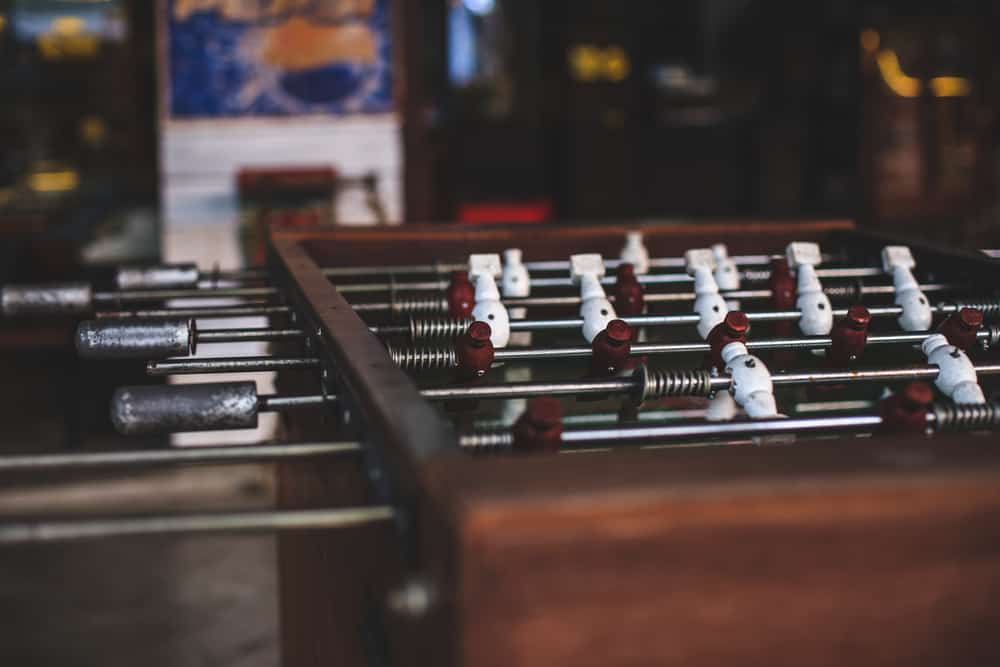 The sports scene cannot do without the entertainment of a sports bar. Sports bars are an intrinsic part of after-game celebrations. If you missed getting your ticket, this is the place where you can watch the game on big screens while enjoying your beer, snack, or meal. The Portland sports scene is no different.