Portland is a city known for diversity, which extends to its culinary scene. The city is a food melting pot that features elements of different culinary traditions from all over the world.

You’ll need multiple days and plenty of napkins to relish the diverse food scene of Rose City. Portland is particularly a wonderful haven for connoisseurs of Asian food.

From upscale eateries to cozy cafes to streetside food joints, here are some of the best Asian restaurants in Portland, Oregon (in no particular order)...

Butterfly Belly Asian Cuisine is a vibrant restaurant dishing out authentic Vietnamese grub, including pho, banh mi, and cha ca among other traditional dishes from Saigon.

Butterfly Belly Asian Cuisine features a full bar offering a curated selection of craft beer, wine, and cocktails. They are open Mondays through Thursdays between 5 p.m. and 9 p.m. They have different timings on Fridays and Saturdays.

2. Departure Restaurant + Lounge – an upscale stylish restaurant where you can experience a wide range of Asian food

Departure Restaurant + Lounge is a deluxe restaurant that sits atop The Nines, a 5-star hotel on Morrison Street in Southwest Portland.

The restaurant specializes in pan-Asian cuisine and dishes up unique food varieties from China, India, Vietnam, Thailand, and Indonesia.

Departure Restaurant + Lounge features a sumptuous interior and has a relaxed ambience. If you want to have a true Asian food experience while indulging in mesmerizing city views, you must dine at this luxurious restaurant.

They offer some of the best food and wine pairings in the city. The restaurant is open Wednesdays through Sundays between 4 p.m. and 11 p.m.

Bamboo Sushi is a chain of restaurants that specialize in Asian seafood. They have four branches in Portland. If you want to enjoy seafood prepared with authentic Asian spices, you must dine at Bamboo Sushi.

From tuna poke to togarashi albacore to ponzu salmon, you can enjoy a large variety of Japanese seafood. They have an impressive selection of beverages, including sake.

All branches of Bamboo Sushi are open Tuesdays through Sundays, mostly between 4 p.m. and 9 p.m.

They dish out a wide range of Vietnamese entrees, including pho, banh mi, bo kho, and mien ga among other staples.

5. Gado Gado – a casual restaurant with a lively atmosphere specializing in pan-Asian and Dutch-Indonesian cuisine

Located in Northeast Portland, Gado Gado is a casual restaurant specializing in pan-Asian and Dutch-Indonesian cuisine. The restaurant features an artful interior and has a lively ambience.

It is one of the very few restaurants in Portland that serve Dutch-Indonesian dishes, such as selat solo, brenebon soup, senerek soup, perkedel, and klapertart.

Gado Gado celebrates the Chinese Indonesian heritage of its founder by offering an eclectic mix of traditional dishes from Asia.

Gado Gado is open Thursdays through Mondays between 5 p.m. and 9 p.m. They also serve brunch on Saturdays and Sundays between 10 a.m. and 1 p.m.

At Basil Vegan Kitchen, you can enjoy a massive variety of ethnic dishes from Bangkok, such as som tum, pad thai, khao pad, and tom yum goong.

The restaurant is open Thursdays through Tuesdays at different timings, mostly between 4:30 p.m. and 8:30 p.m.

Danwei Canting is an upscale Chinese restaurant on Stark Street in Southeast Portland. The classy eatery gives you an insight into the food and energy of Beijing in the heart of Portland.

They serve some of the tastiest Chinese dumplings in Portland.

The restaurant is open Mondays through Sundays at different timings, mostly between 11:30 a.m. and 9 p.m.

Thai Peacock Restaurant is an Asian restaurant in Southwest Portland that serves Thai street grub in a laid-back setting.

Thai Peacock Restaurant is open Sundays through Thursdays between 11 a.m. and 9:30 p.m. On Fridays and Saturdays, they stay open till 10 p.m.

9. Kung POW! – a modern eatery with Chinese classics and lots of vegan options 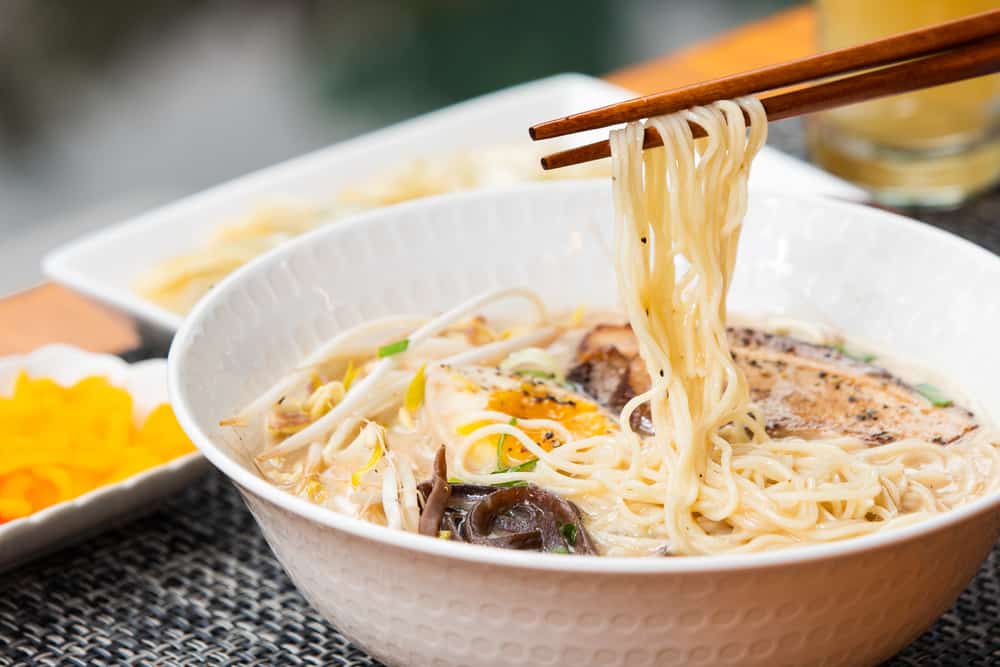 They also have an excellent selection of vegan classics, including radish spring rolls, vegetable wontons, and mushroom san choy bow.

Kung POW features an artful interior and a full bar. The restaurant is open every day, mostly between 11 a.m. and 10 p.m.

Shigezo is a ritzy Japanese eatery on Salmon Street in Southwest Portland. The restaurant specializes in Japanese pub fare and offers a large variety of traditional snacks from Tokyo. Shigezo also features an Izakaya-inspired bar and a multitude of seating styles.

At Shigezo, you can delight in a wide range of unique Japanese snacks, including hokke, tamagoyaki, motsu nikomi, ehirie, and edamame among other hard-to-pronounce yet delicious dishes.

They are open Wednesdays through Sundays between 12 p.m. and 9 p.m. 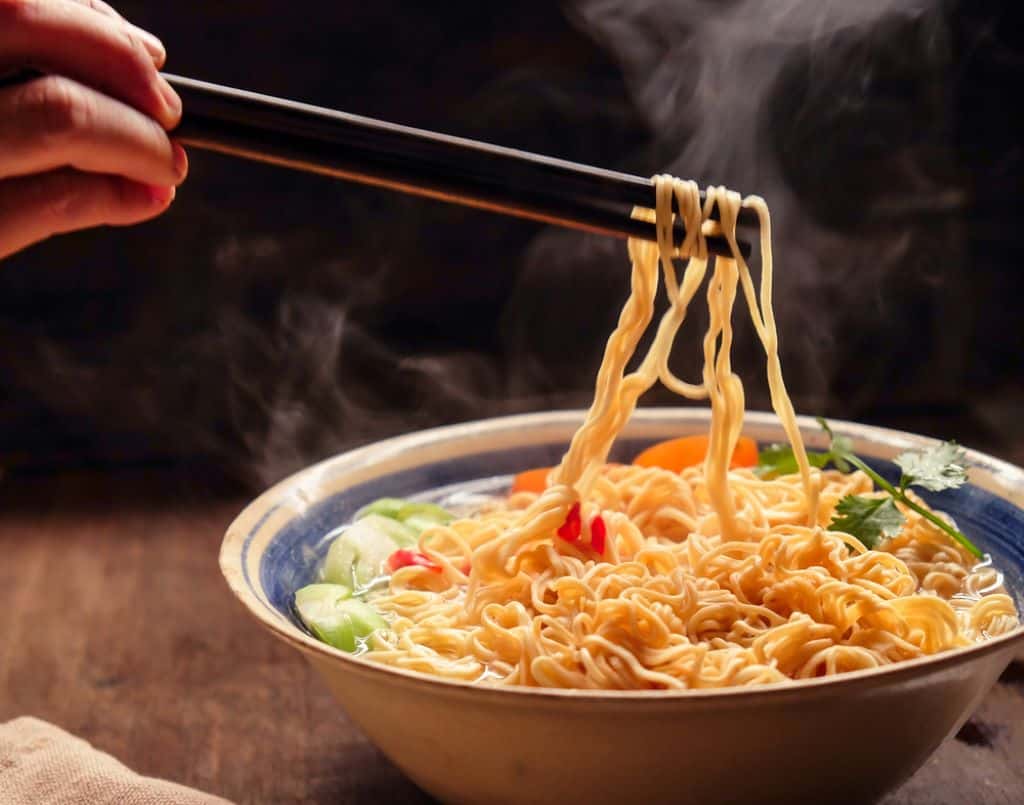 At Frank’s Noodle House, you get to enjoy mouth-watering Korean BBQ dishes in a laid-back atmosphere. The restaurant is open Mondays through Saturdays from 11 a.m. to 7:30 p.m.

12. Afuri Izakaya – Tokyo-inspired with an impressive selection of Japanese food

Afuri Izakaya is a Tokyo-inspired restaurant in Southeast Portland. They serve creative Japanese dishes in a relaxed atmosphere.

They have an impressive selection of traditional Japanese food, including sushi, udon, soba, sukiyaki, takoyaki, and miso soup.

Pho Van 82nd is one of the best Asian restaurants in Southeast Portland. If you want to have a true Vietnamese food experience in an upscale atmosphere, you must grab a bite at Pho Van 82nd.

They serve a large variety of classic dishes from Vietnam, such as pho, cha ca, goi cuon, and banh mi.

Pho Van 82nd specializes in traditional Vietnamese grub prepared with indigenous ingredients and seasonings. They have a huge selection of Vietnamese appetizers, rice entrees, salad, and noodle soups. They serve some of the most unusual Vietnamese dishes that you won’t find elsewhere in the city.

Pho Van 82nd is open Mondays through Sundays between 10 a.m. and 9 p.m. They also offer takeaway and delivery services.

Yuan Su Vegetarian is an informal restaurant serving all famous ethnic dishes from China in a utilitarian setting.

Yuan Su Vegetarian is open Mondays through Thursdays between 12 p.m. and 8:30 p.m. On Fridays and Saturdays, they stay open till 9 p.m. They also offer delivery and takeaway services. 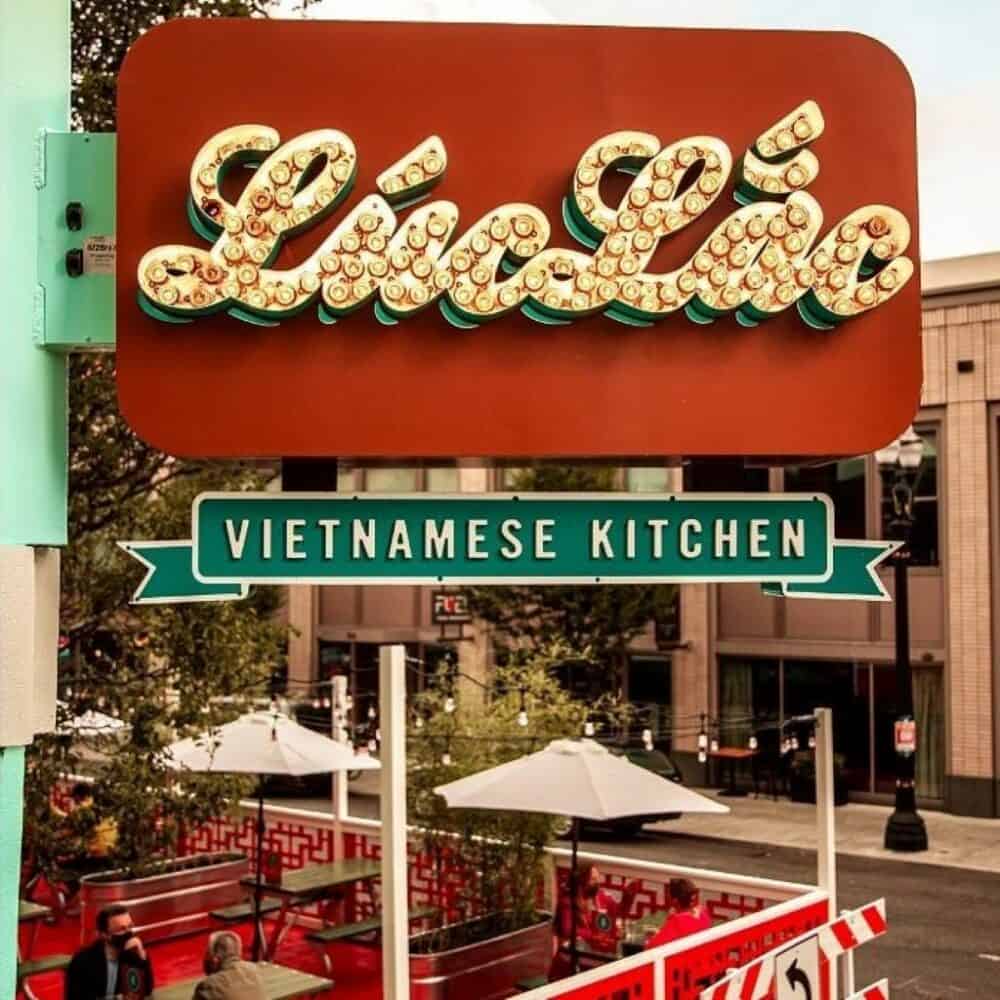 They serve a broad array of traditional dishes from Saigon, ranging from vermicelli bowls to pho. They also have a curated selection of beverages, including craft beers, wine, and Asian cocktails.