Entertainment, nightlife, and humor cannot be better in the city than inside the chain of gay-friendly bars and venues dotted all around the city. As the night gets louder, so does the laughter and fun. Whether you’re looking for a chilled-out evening along with good food or you have decided to have a banger night on the dance floor, here are the best drag show venues in Portland, Oregon (in no particular)...

Founded by Darcelle XV, crowned as the oldest drag queen performer by the Guinness Book of World Records, this place is the ‘OG’ of the drag show industry. In the year 2020, Darcelle XV Showcase earned the status of being listed in the national historic registry making it the first LGBT- related institution to be listed as such.

The female impersonators adorned in sequins and sparkles put every ounce of themselves into their performance. There is no doubt that a spunky evening spent watching a Vegas-style cabaret will make you forget about all your problems. Clear your weekend of any boring plans you had in mind and reserve your table at this exhilarating place.

Luckily, Darcelle XV showplace has two shows per night every Friday and Saturday with a reasonable entrance fee of $20. Moreover, a ‘Funday Drag Queen Brunch’ is hosted by Poison Waters and Alexis Campbell Starr every Sunday. The best part is that it’s included in the admission fee, which again is $20.

2. The Superstar Divas Variety Show – one of the longest-running drag shows in Portland Oregon

Since 2007, the Superstar Divas has been putting on terrific shows and has garnered the reputation as easily one of the best drag shows in Portland. The show has been attracting a weekly lineup of many talented guests, both local and international.

You will find frenetic skits, loads of laughter, live singing, game shows, dance performances, music, and much more all under one roof.

Featuring the oh-so full of oomph and sass, Innana Miss and Angelica D’Ville, Thank God I’m Fabulous has got you covered every Friday for a blockbuster evening. Mega energy and entertainment-filled, this show won’t disappoint you. The hard work and passion of the queens will shine right through their performances and have every audience member relishing in.

The show, however, has an age bar of 21 plus years. But with just a $5 cover charge, drinks special, and DJ ROBB in the house, this drag show is the ultimate deal-breaker. Go and see for yourself!

A mishmash of drag queens Nicole Onoscopi and Saint Syndrome, the Queen’s Keys is bound to take your breath away. You will have both the queens singing live striking all the right chords, be it their original songs or some raunchy covers.

The evening will get further picked up by the conspicuous piano playing, and the obvious of course, loads and loads of comedy complementing the hyped-up inside all the stories to be told. So be prepared to choke up from all the laughter, all week through (Tuesday – Sunday).

The ticket is only $5 with an entry of all age groups. 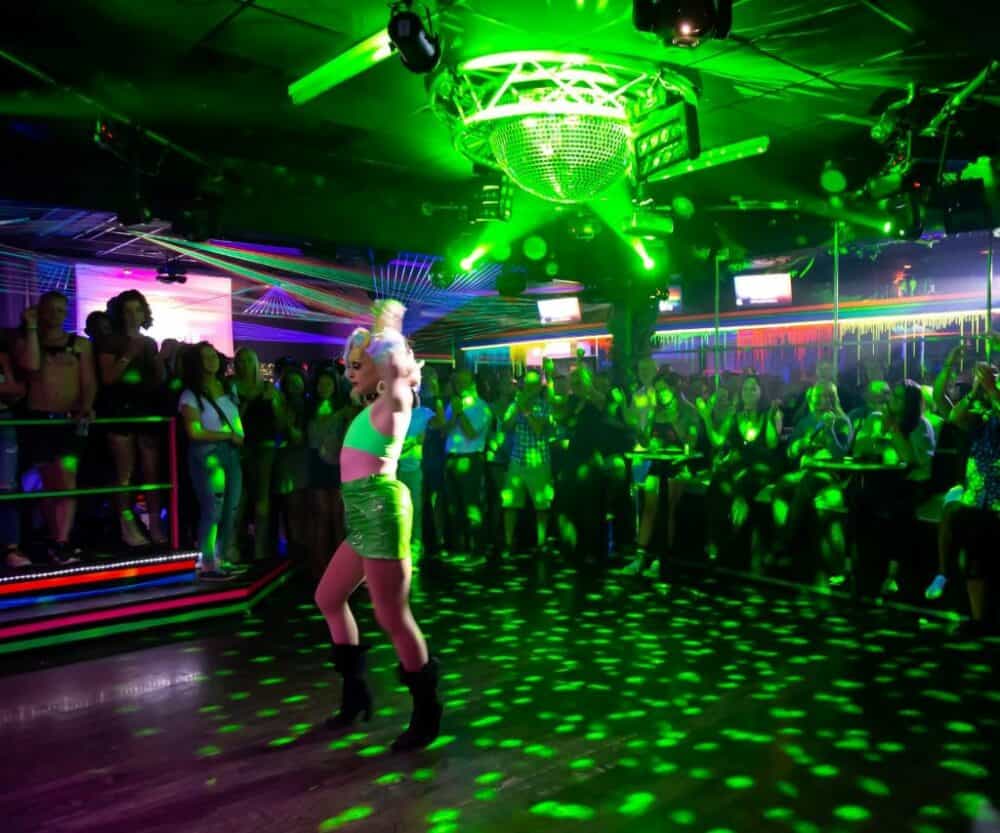 Located in the Old Town Chinatown neighborhood, CC Slaughters is a gay bar and a nightclub, that hosts a variety of drag shows throughout the week including the Superstar Divas Variety Show and TGIF (see above). The place is known for its shiny and spotless ambiance and an electrifying dance floor. Running for more than forty years now, CC Slaughters holds on to its galore and is said to be one of the best places for nightlife in Portland.

You will find something different happening every night. For instance, traditionally every Tuesday the club hosts a Ladies’ night and free drag shows on Sundays. With no cover charge and reasonably priced drinks, CC Slaughters is the place to be. 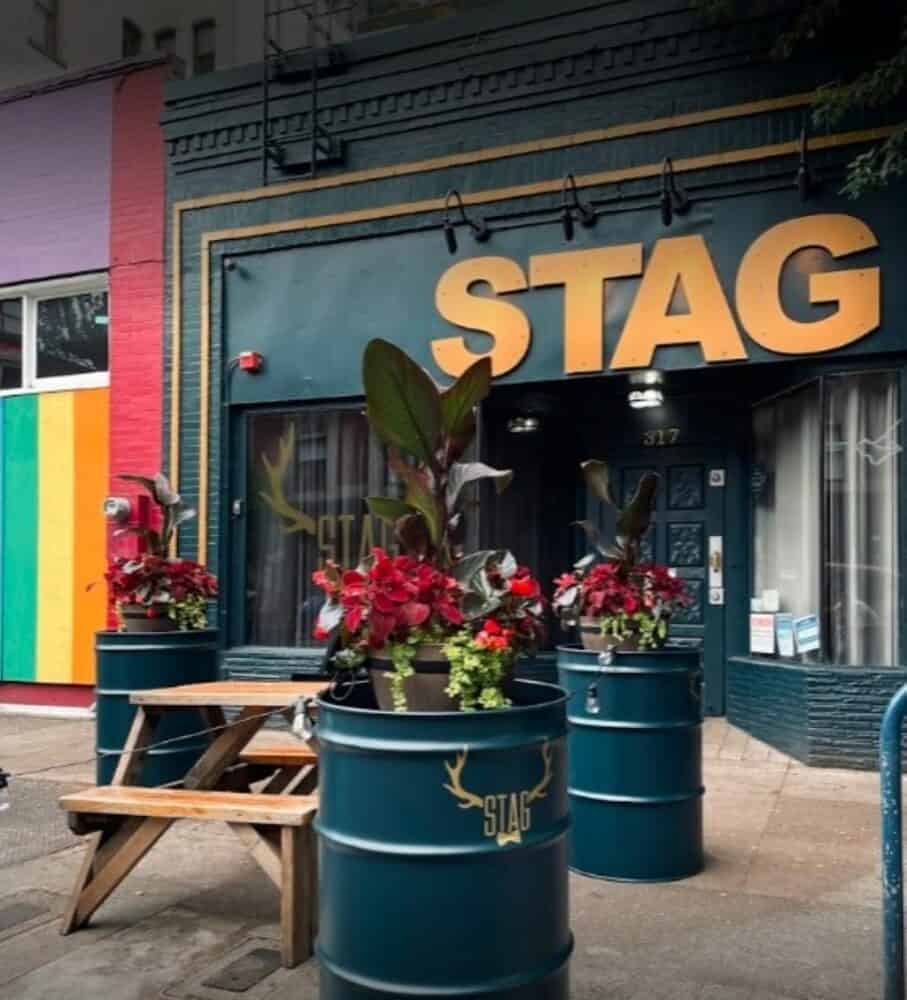 A gay male club and an all-nude strip club, Stag PDX is known as the gentleman’s club for obvious reasons.

The club hosts several drag performances, different musical nights like pop, Latin, trap, etc., and has drink specials and mystery gifts on the house for everybody. Apart from this, the club is famous for drag-hosted brunches called ‘Testify’ on Sundays. The menu includes omelets, hash browns, gravy, and coffee. You can get all of this while enjoying the exotic dances for $20 only. 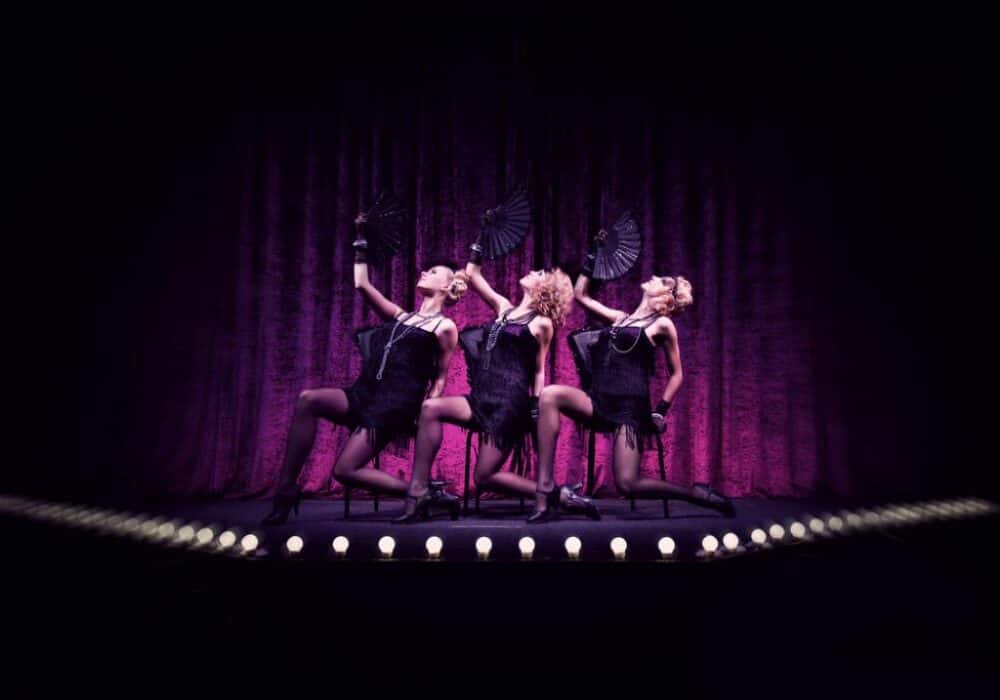 If anywhere you have heard of happy hour, the $5 martinis, and the fun Orange Crush (an orange-infused vodka with blood orange syrup and soda) it has got to be this place.

Widely known for its warm and welcoming aura, Crush Bar is a place for everyone. The bar hosts burlesque-drag every Friday and has concerts and dance parties throughout the week. The entry is strictly 21 years and over.

Another place worth your time for delicious drag-hosted brunches and electrifying drag show nights and burlesque performances. Find yourself amidst scrumptious food, cocktails, humor, glitz, and glamor. 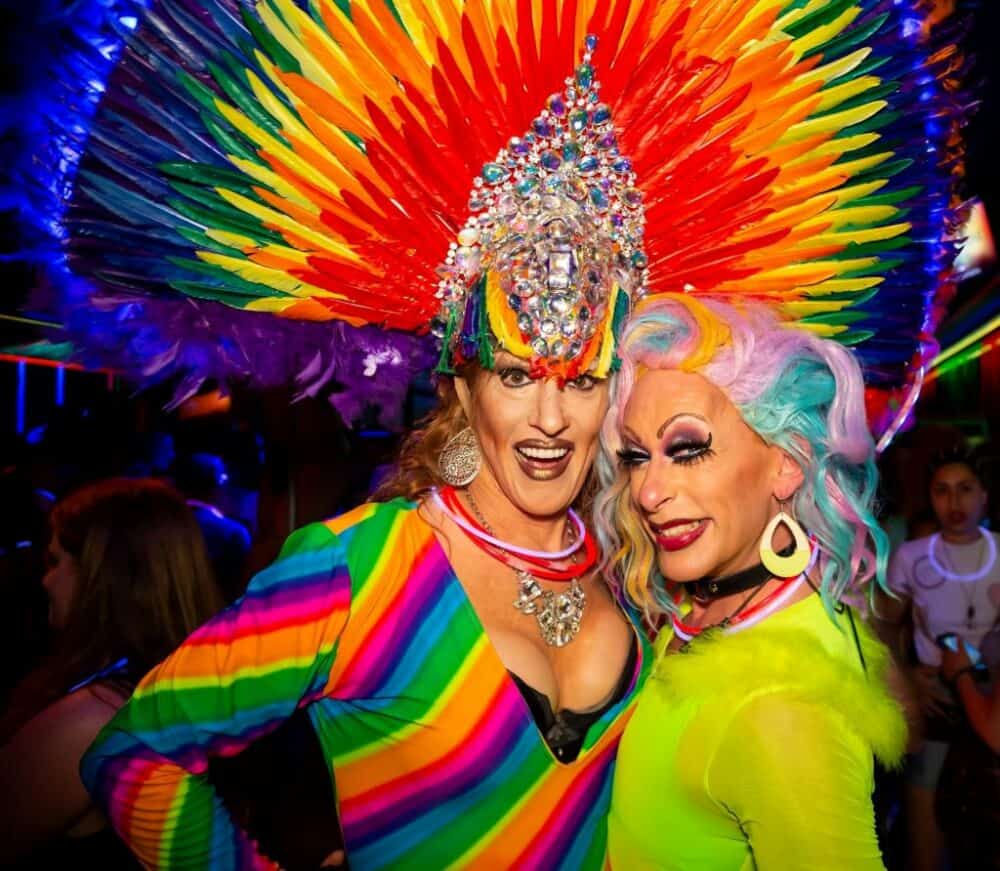 For those who don’t know, Rainbow Room is situated inside the CC Slaughters Nightclub (see above), adjacent to the dance floor. It is hailed for its laid-back open gayness and of course, the bedazzling drag shows featured every Sunday.

11. The Pharmacy Bar PDX – a more unique venue to see a drag show

‘Come as you are!’ Standing true to its tagline, once a vintage pharmacy, this place is a breath of fresh air for Portlanders. The drag brunches are hosted every 1st and 3rd Sunday, and rotating cast drag shows throughout the week.

The venue has the 21 and over policy, $25 as cover charge including brunch and a seating policy of first come first serve.