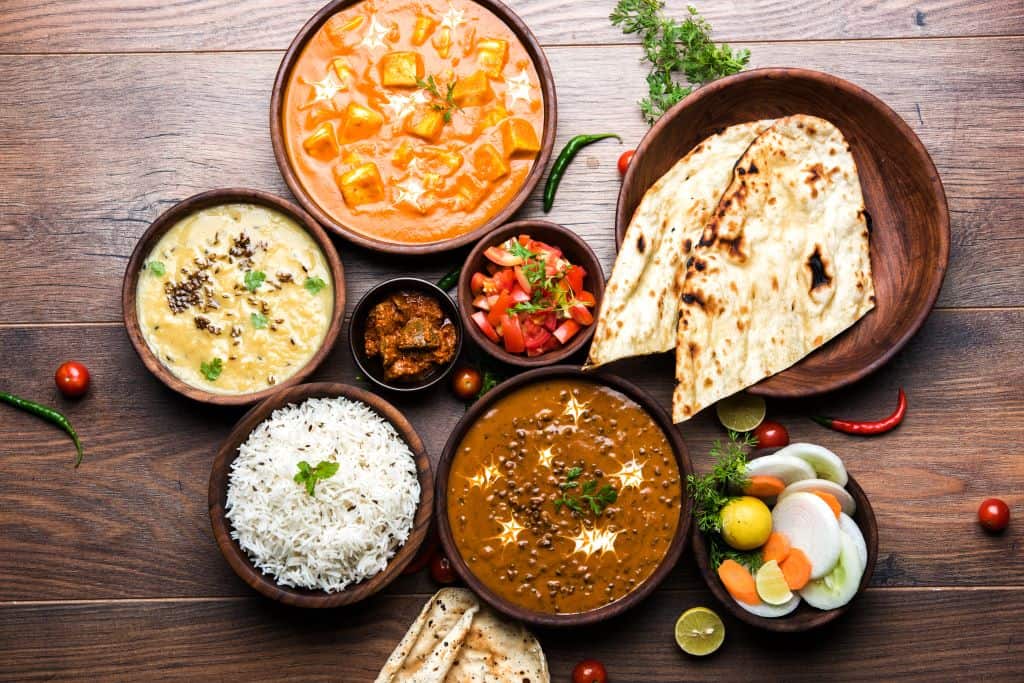 Some of Oregon’s finest Indian food can be found in the city of Portland. From ultra vegan-friendly to more traditional eateries, here are the best Indian restaurants in Portland, Oregon popular with both locals and visitors alike…

1. The Sudra – an award-nominated all plant-based vegan Indian restaurant 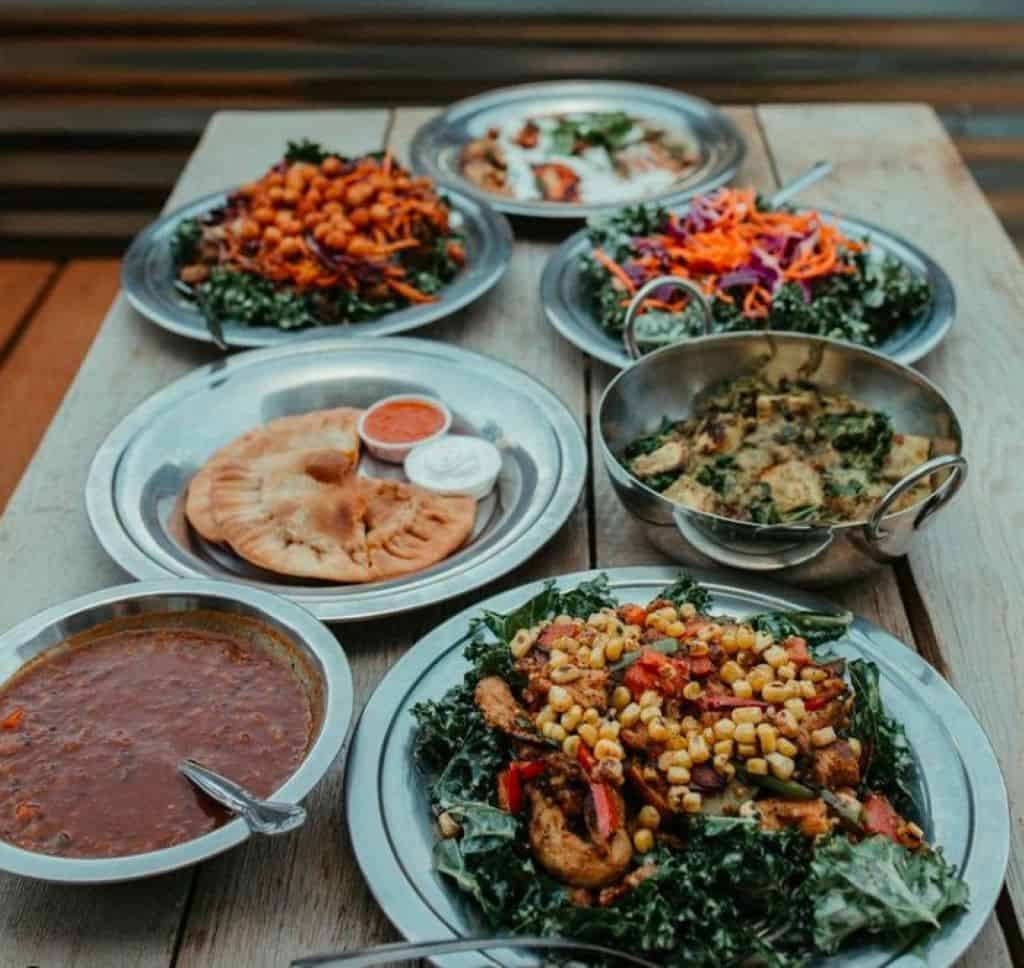 All plant-based Indian food at two locations, one in Beaverton and one in North Mississippi. This is the ideal restaurant for vegetarians and vegans who don’t want guesswork when they order – is this dish vegan, but that one has dairy?

You’ll face none of those quandaries at The Sudra – it’s all plant-based, all the time.

Both locations offer an enormous assortment of Indian dishes, and if reviews are to be believed, no one misses traditional ingredients.

The locations give off a casual but elegant vibe, and have seating outdoors as well as in the dining rooms. The North Mississippi location is open seven days a week, while the Beaverton locale is open Wednesday to Sunday.

2. Siri Indian Cuisine – One of the best eatery with a delicious variety of food

This eatery on Portland’s northwest side offers a variety of Chinese-Indian dishes. Waiters bring on a heap of big, delicious naan bread to get you started, toasted warm and well charred on the grill.

Mains include Gobi Manchurian, lollipop chicken and – of course – butter chicken. Take out and dine in. 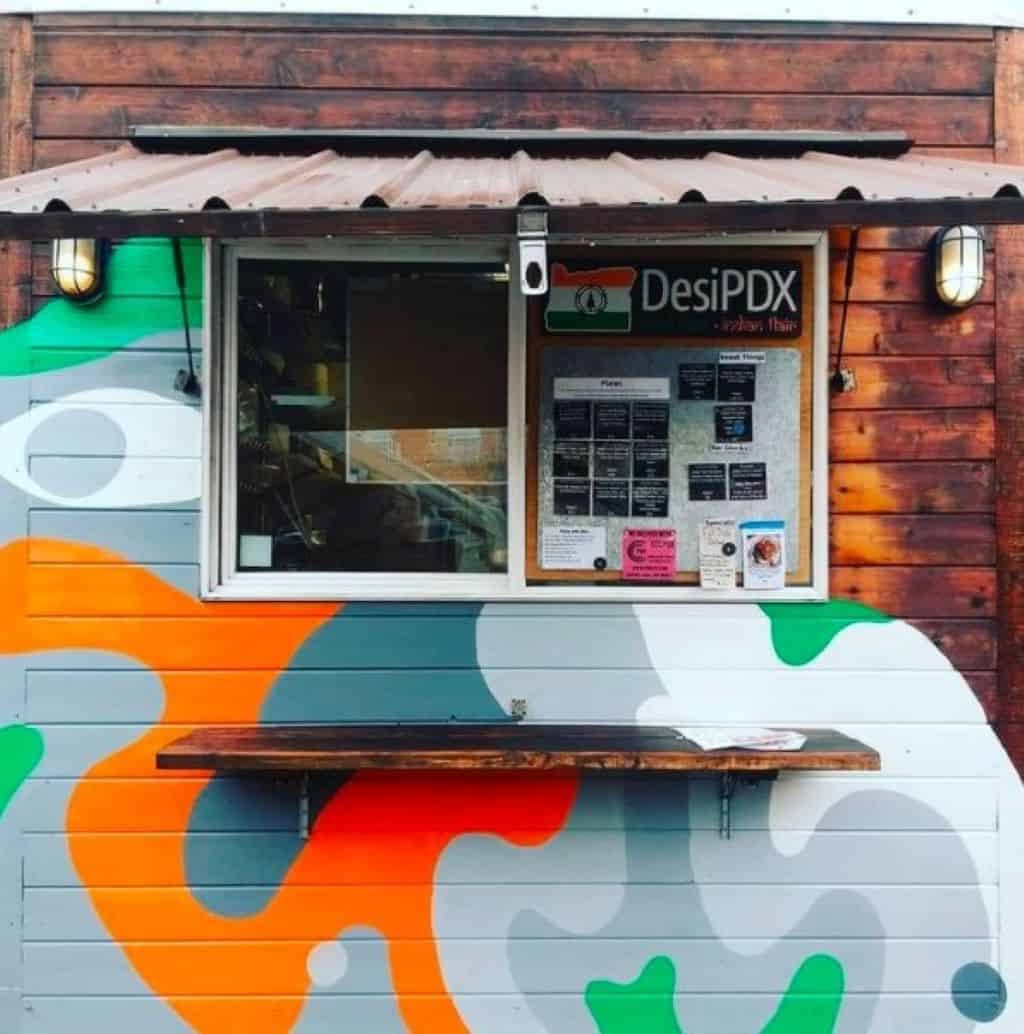 This food cart serves a variety of Bengali basmati rice bowls, topped with (in one case) a spicy shrimp, and in another case with a delicious lamb and tomato stew.

The cardamom chicken is a huge local hit, so give it a try. Order in person or online, but please note: when the truck gets super swamped, the Internet hookup is disabled so staff can fill orders. 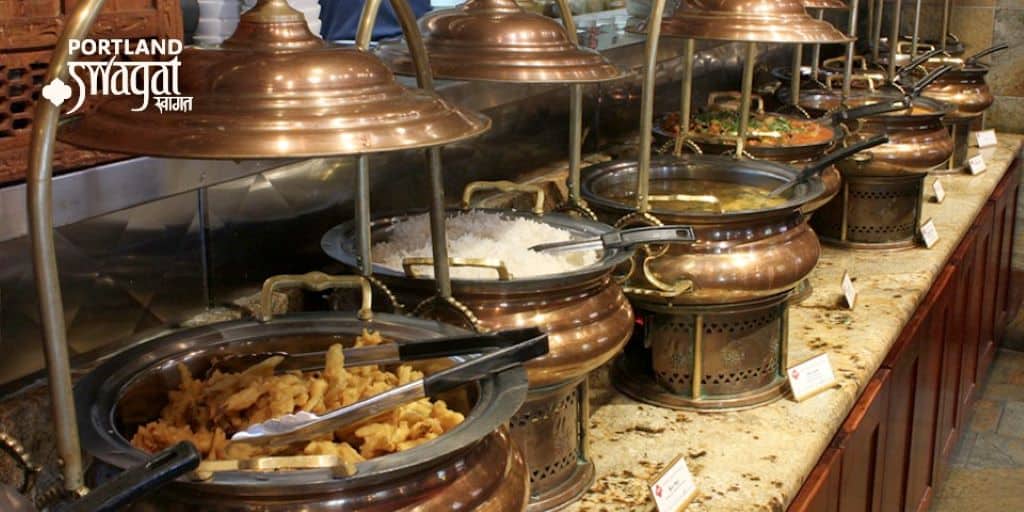 The word “swagat” translates to “welcome,” and it’s a fitting name for this locale. You can order a la carte or join together and order dishes for sharing at all three of the restaurant’s locations.

Naturally, the butter chicken is fantastic, but so is the lamb vindaloo. Whatever you’re craving, Swagat is bound to have just the right dish.

It has three locations – one in Beaverton, one in Hillsboro, and a third in northwest Portland.

5. Dil Se Indian Cuisine – a vibrant restaurant with classic dishes that range from North to South of India 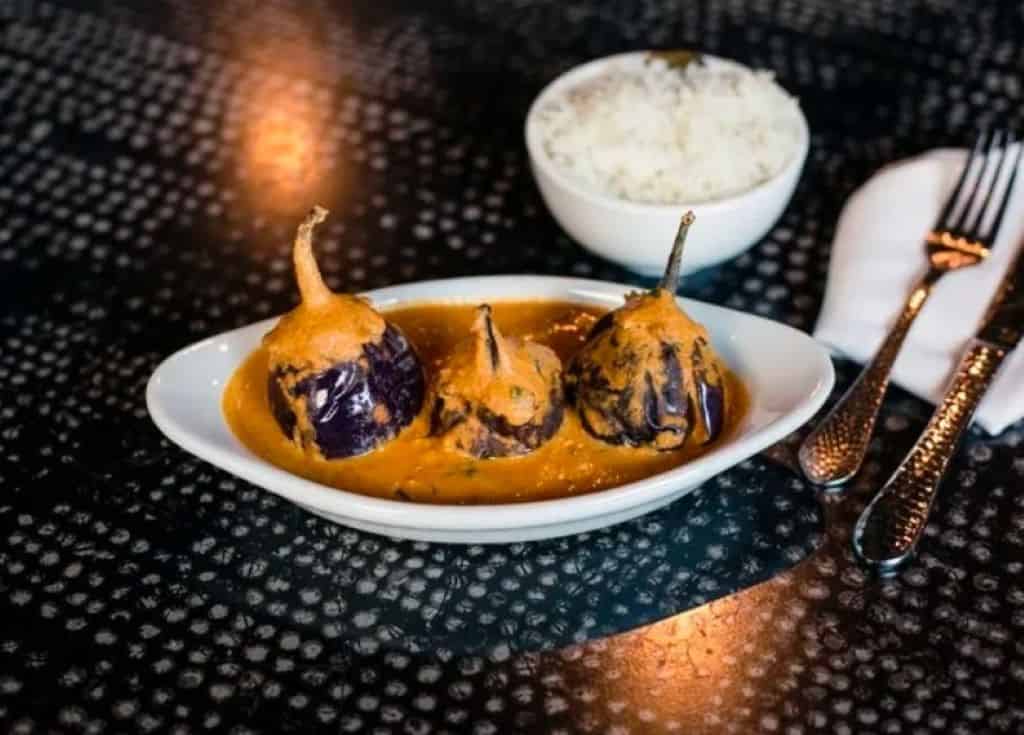 The restaurant says it offers a blend of Northern and Southern Indian cuisine, including butter dosas and a number of uttapam dishes to tempt the most discerning palate.

At the time of this writing, Dil Se was only doing take out and delivery, so check before heading out if you’re hoping for a table. 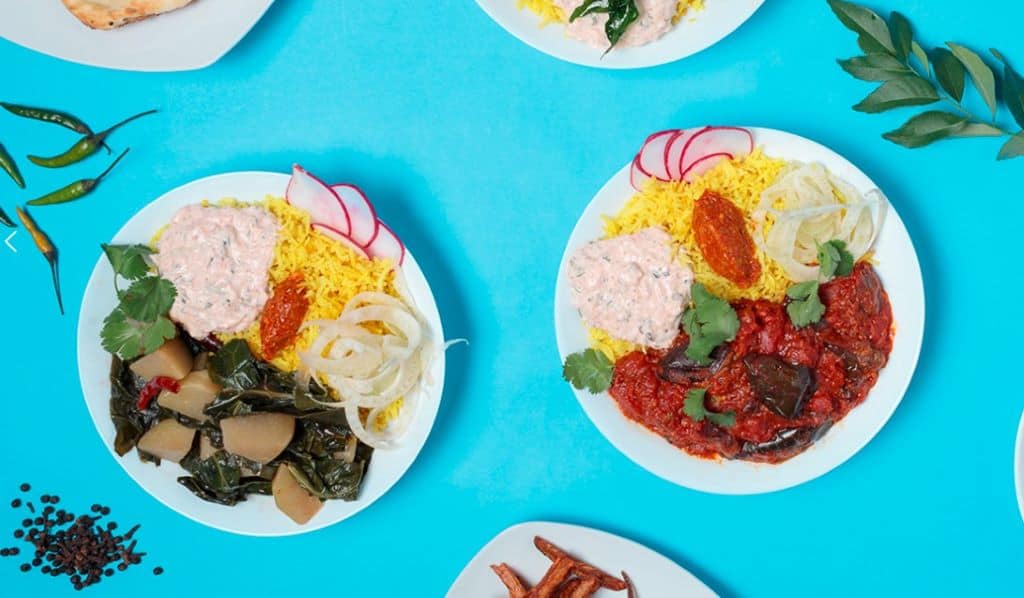 Just about all Indian food cravings can be satisfied at Bhuna, including naan bread (naturally!) but also rogan josh with lamb – it’s delicious.

Dine-in and take out Wednesday to Sunday, serving family-style or off the menu. Located in Nob Hill. 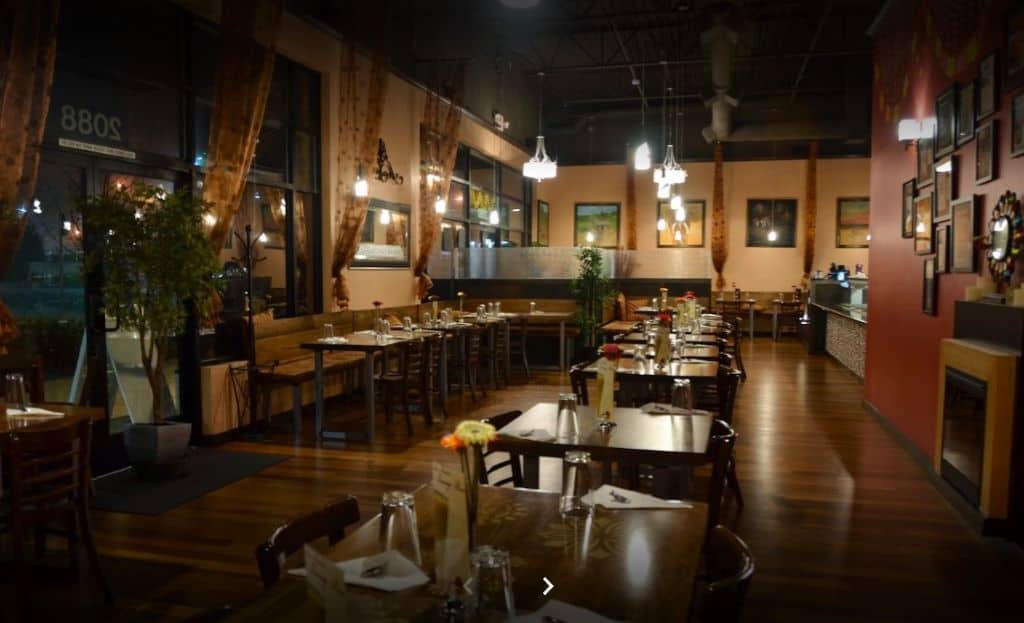 This restaurant is tucked into an unassuming strip mall, and at first glance might seem rather modest. But first impressions can be wrong, and Chennai offers some of Portland’s most spectacular Indian fare.

There is an extensive list of curries to choose from, and their take on the classic dish, Manchurian chicken, is wonderful. Offering both take out and dine-in options. 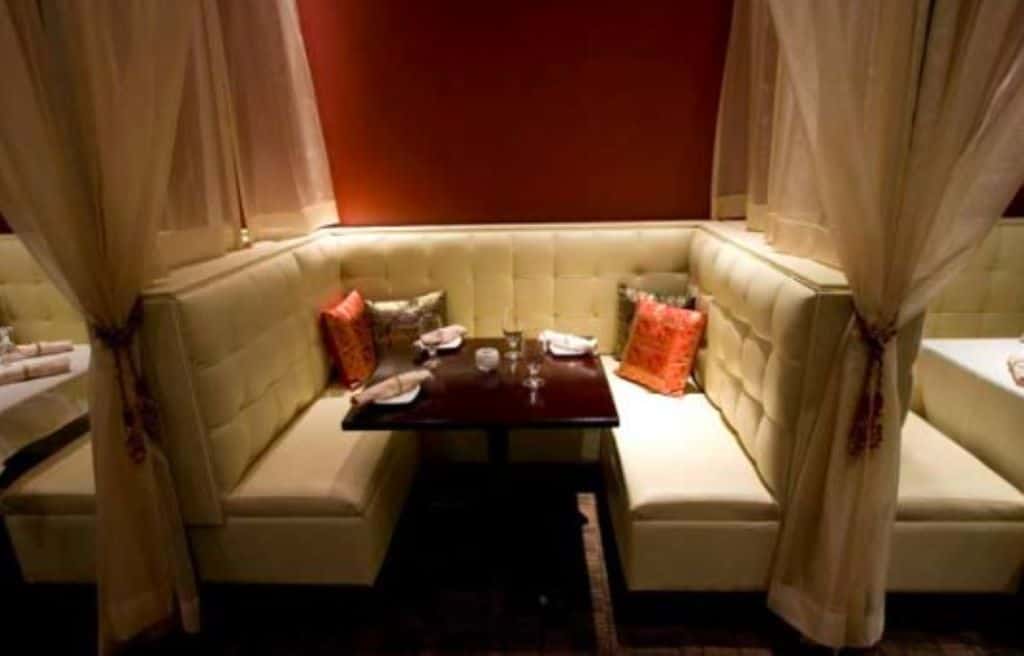 This hip downtown spot is renowned for Indian favorites like mahani, a local favorite. But a visit here isn’t complete without trying a dish called “machli ka tikka,” which is Chinook salmon roasted with wonderful spices, including garlic and curry.

It’s the centerpiece of the Grill’s menu, deservedly so. Open Tuesday to Sunday for dine-in and take out. 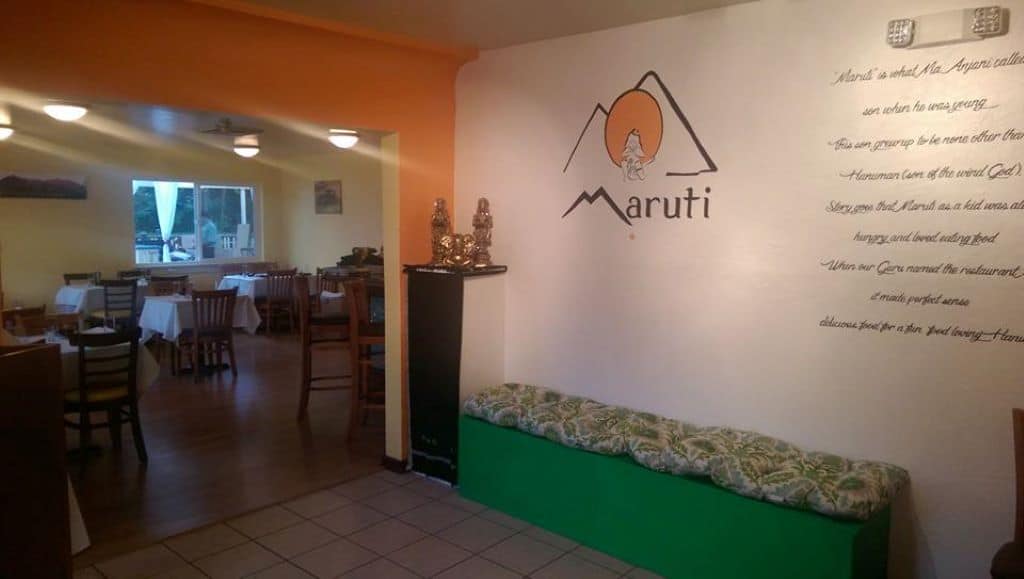 Pure heaven for vegetarian visitors to Portland, Maruti does a veggie take on famous and favorite Indian meals and sides, like naan bread topped with grilled, vegan cheese. Take out only. 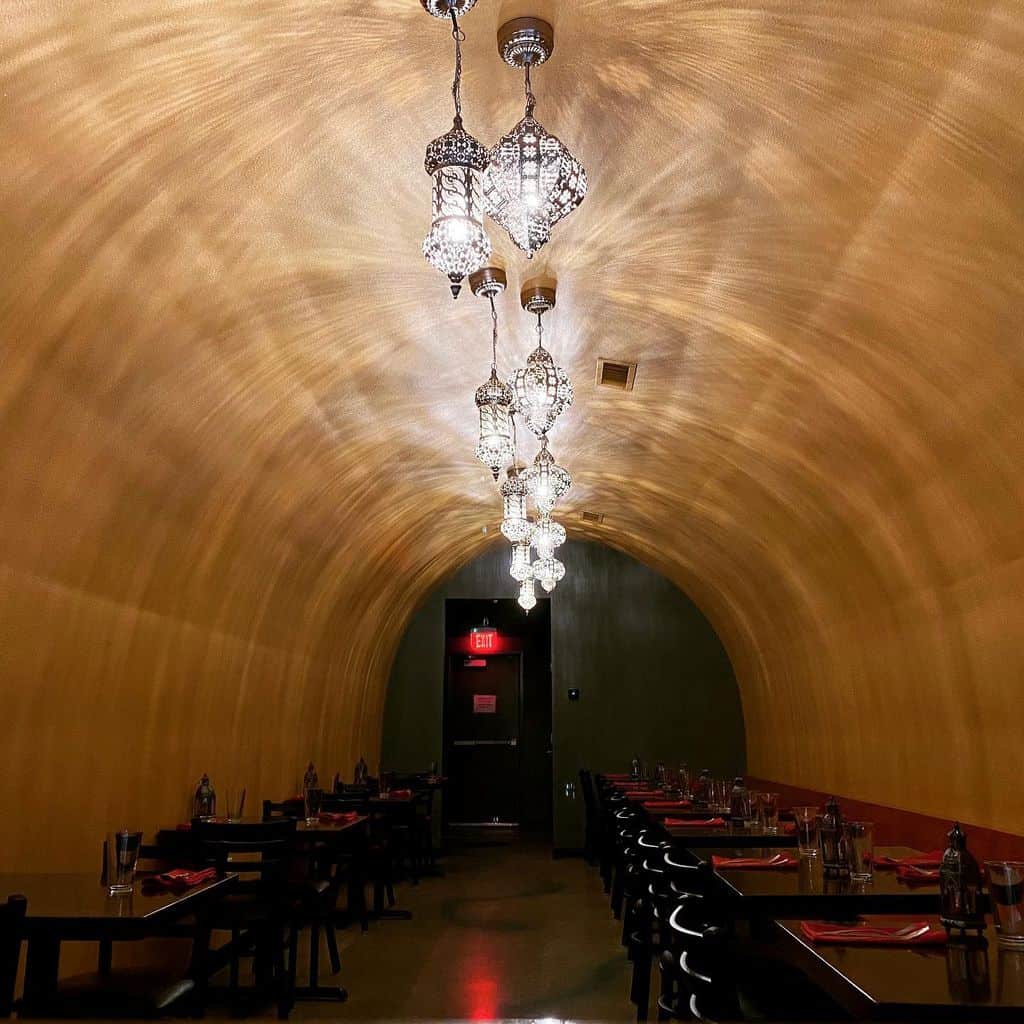 Pakora, dosas and more – all the hits are on the menu at Dwaraka. A specialty of the house is the variety of paneer items, like paneer tikka masala.

Located in Sunnyside, Dwaraka has dine-in and take out options. 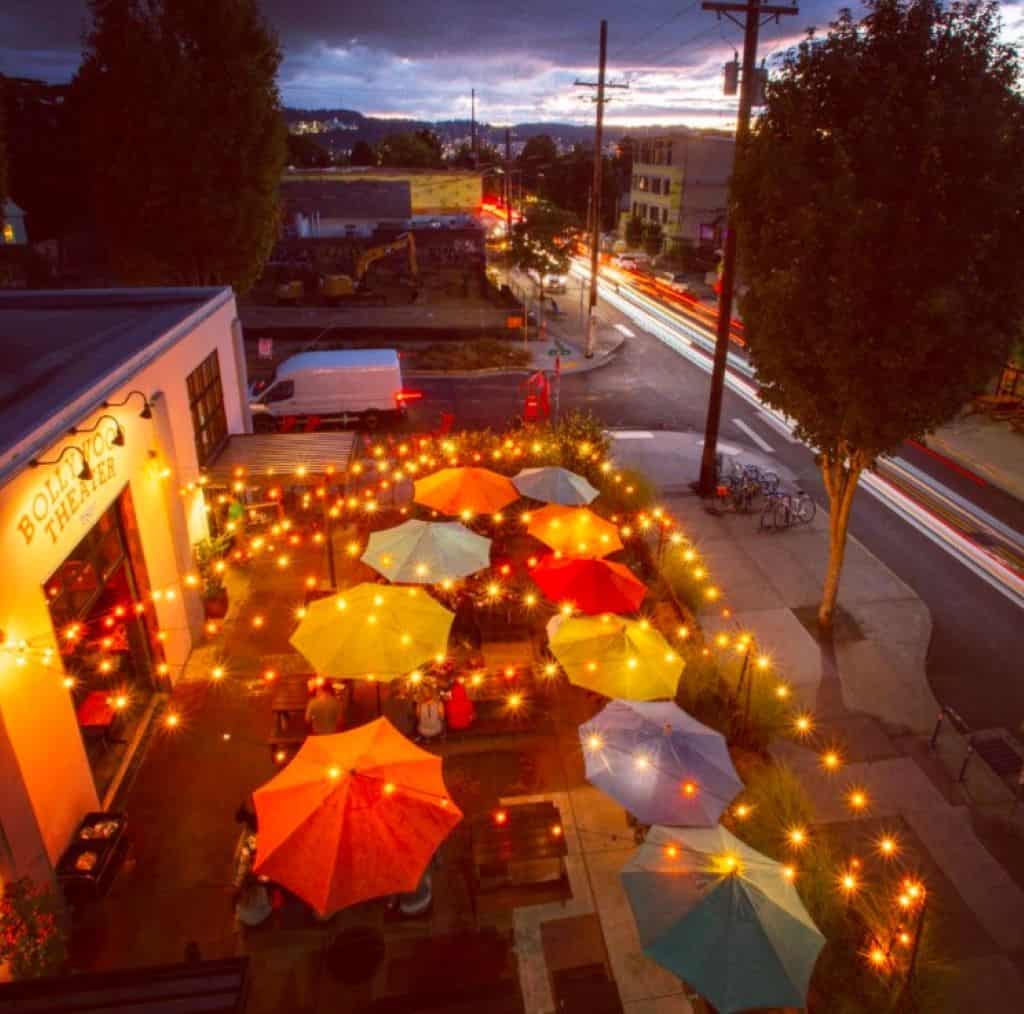 The atmosphere at the original location is gorgeous, but the food is great too. Owner Troy Maclarty favors small dishes so folks can share, like vada pav – imagine potato sliders like dumplings, only served with a lovely chutney.

Another dish to try is kaki rolls, stuffed with paneer and pickled onions.

Open Thursday to Sunday only, dinner and take out. (And they screen old movies while you eat – how cool is that?) 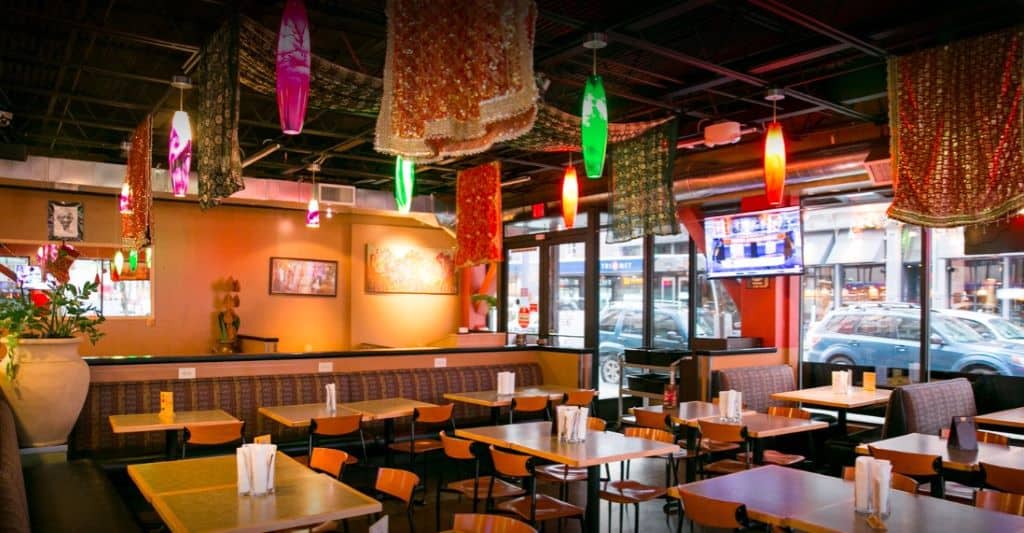 This restaurant blossomed from modest roots as a stall at a food court, but it was such a hit the owners went full service and opened a restaurant downtown.

The menu includes vindaloo chicken and other favorite Indian fare, and there are also vegetarian options for those who dine meat-free. Open for dine-in and take out, six days a week. 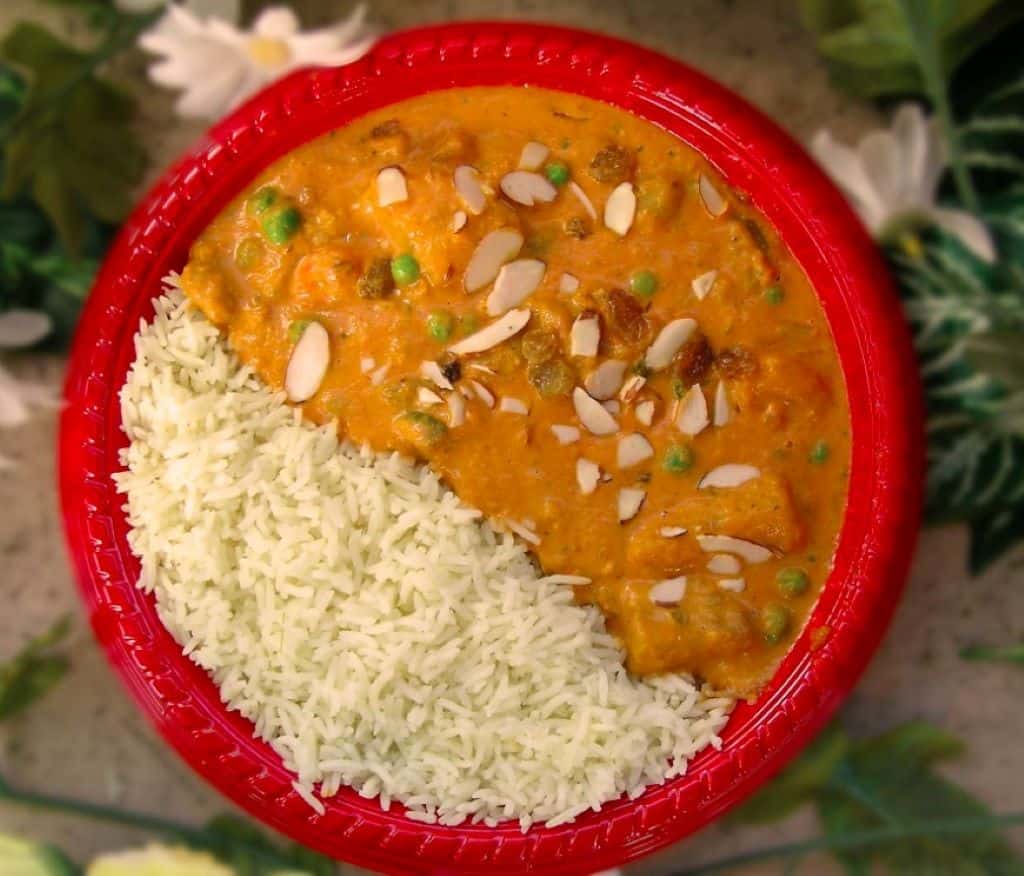 This is an all-vegetarian food truck, located on 12th Avenue, downtown, and it earns raves online by diners who stop by for lunch throughout the week.

One highlight of the menu is the malai kofta, which gets lots of praise, and there are vegan options, too. Take out is available at the truck. 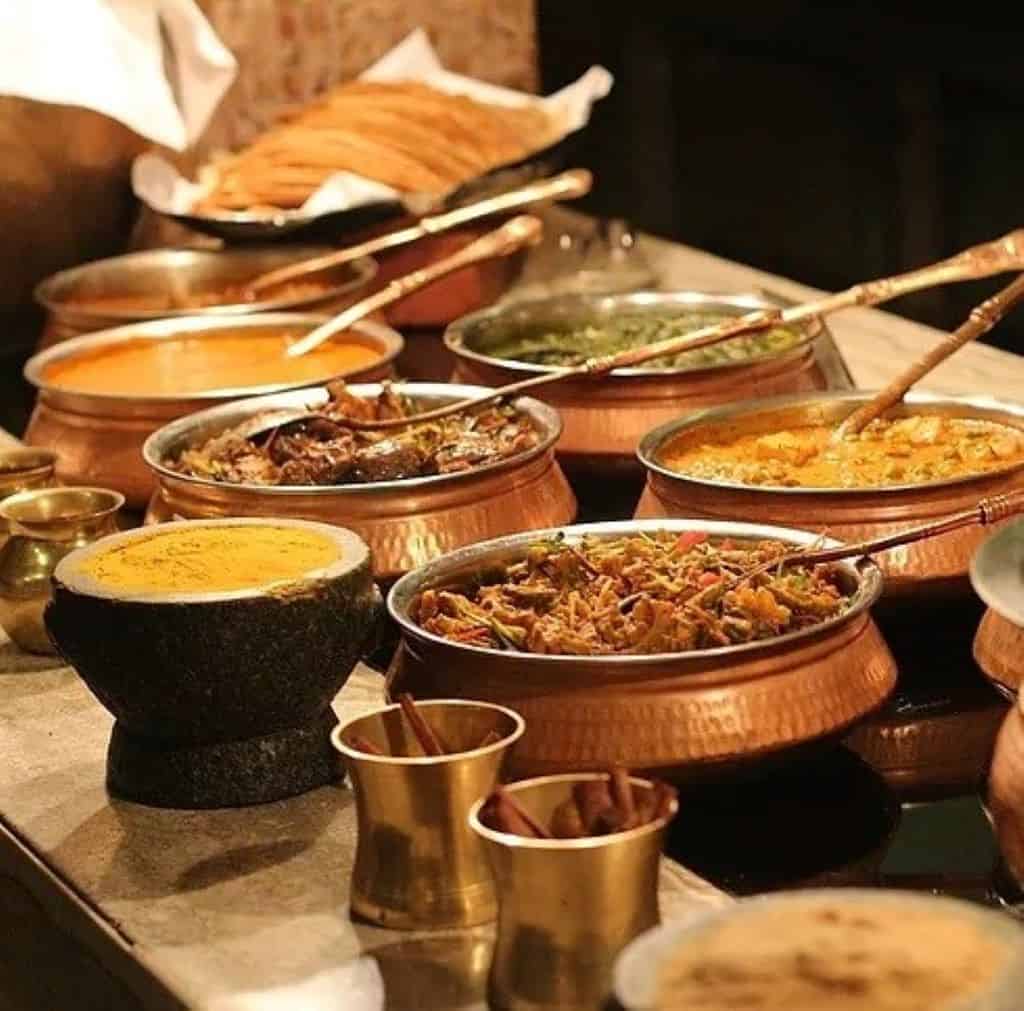 This cafe-style restaurant downtown offers all the most popular Indian dishes, like naan bread, tikka masala, and plenty others.

It has a buffet option that earns lots of good reviews for its quality, and economic price.

Lunches are busy, so go early. Dine-in or take out, six days a week. 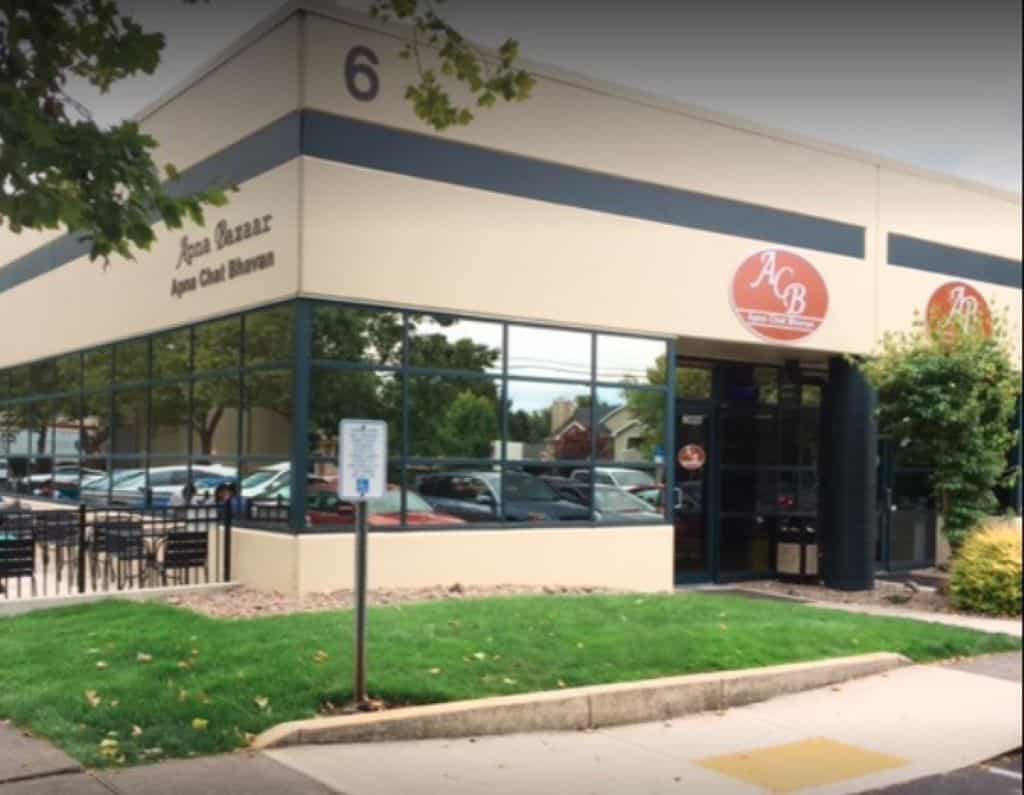 This is an under-the-radar spot located in an Indian grocery store in the busy Margarita Factory, in Beaverton.

There are only a few tables nestled beside a deli counter in the grocery store, and because space is so tight, it’s wise to get food for take out. (Be sure to call ahead, as the store is very busy and you’ll wait a long time if you don’t order before pick up.)

The menu is wide, especially considering the size of the space, and it changes daily depending on what the store has in the way of produce and fresh meat. Open daily until five.