Sometimes overlooked as a destination in favour of its neighbouring counties, Leicestershire offers a fantastic array of gorgeous beauty spots, intriguing history (the county was the final resting place of King Richard III), and great attractions. As well as cosy inns, tea rooms and fantastic food producing market towns, the East Midlands country is also home to gorgeous waterways, hilly countryside, and attractive forests. Here are the best and most beautiful places to visit in Leicestershire… 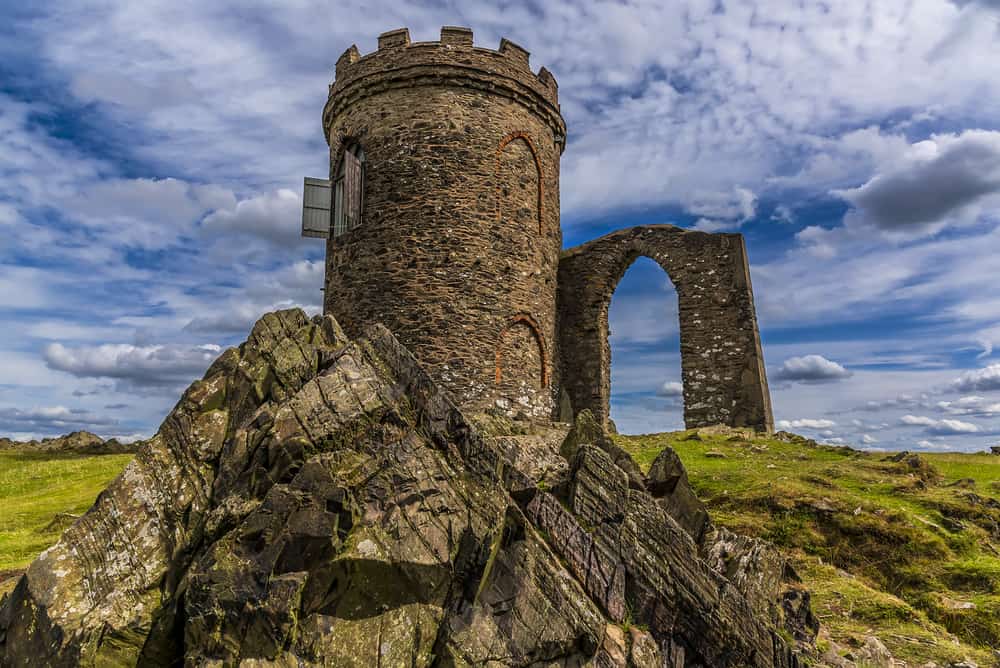 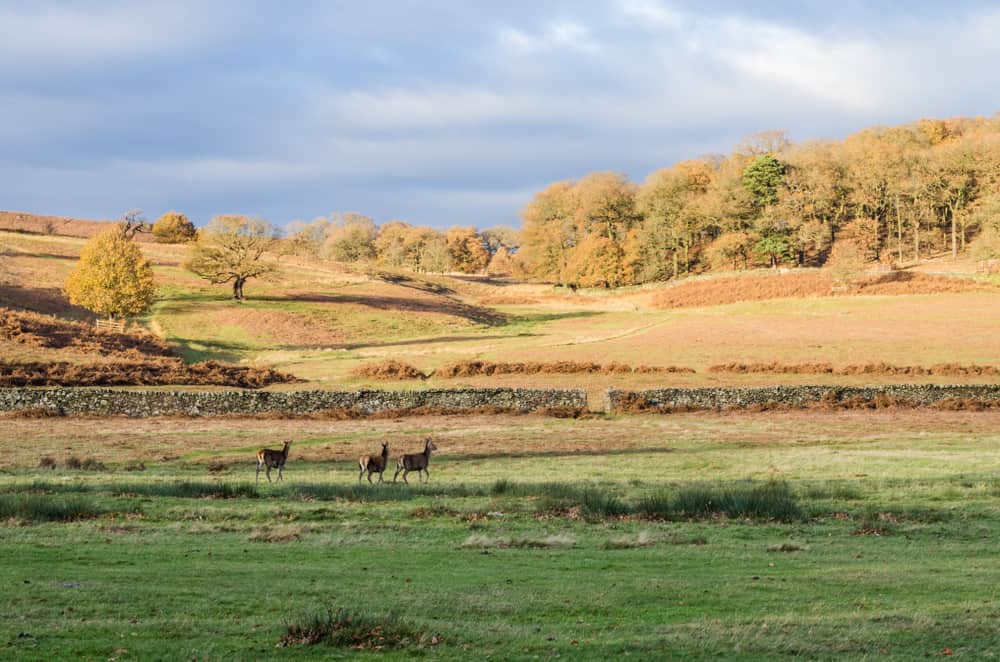 Old John is the oldest hill in Bradgate Park, Leicestershire, and it sits on the southern edge of the Charnwood Forest. The hill is nearly 700 feet high and is a prominent and very popular landmark in the area.

Among its nearby structures, there is an old tower that started as a ruined folly in the 1780s, a toposcope that was installed in 1953, a war memorial built around 1920, and of course, the park itself, which is open every day of the year during daylight hours. 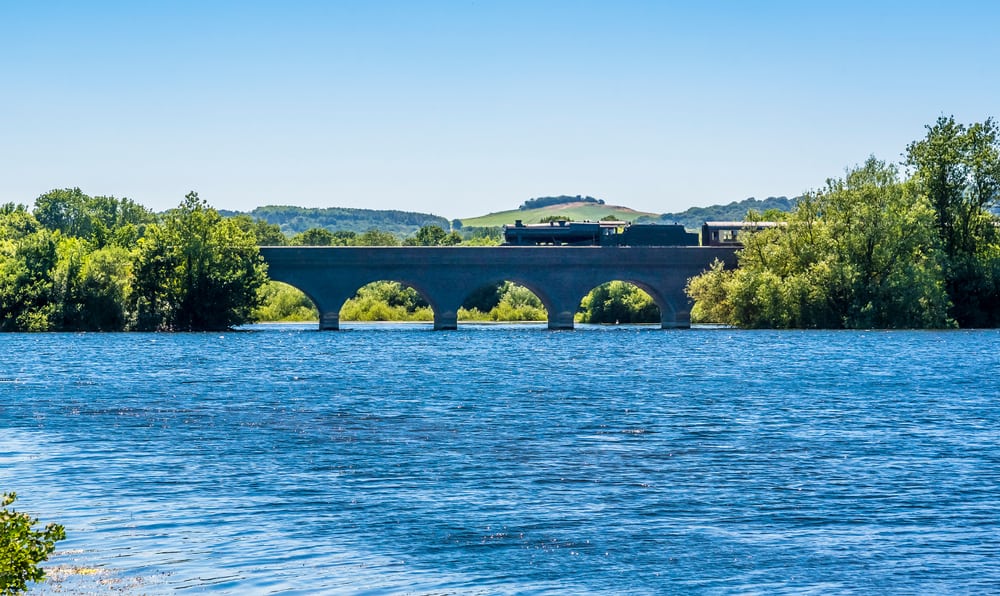 Within this SSSI area can be found more than 200 species of vascular plants, as well as 200 species of moths and 20 species of butterflies. There are also two viaducts that cross Brazil Island, and today they are part of the Great Central Railway. 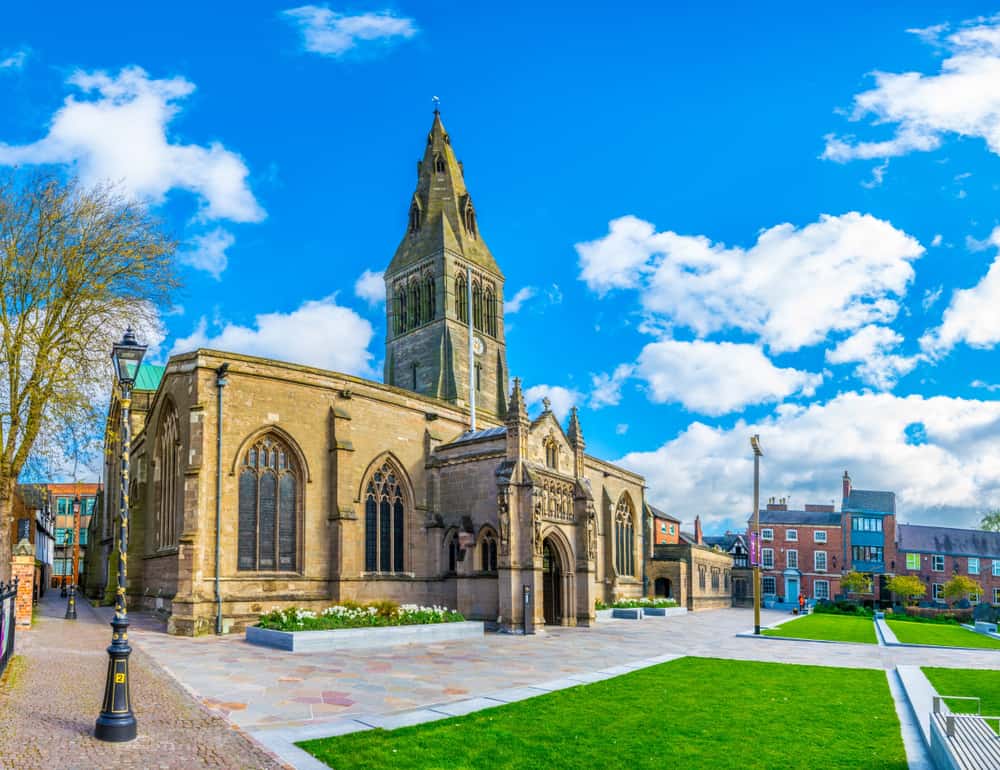 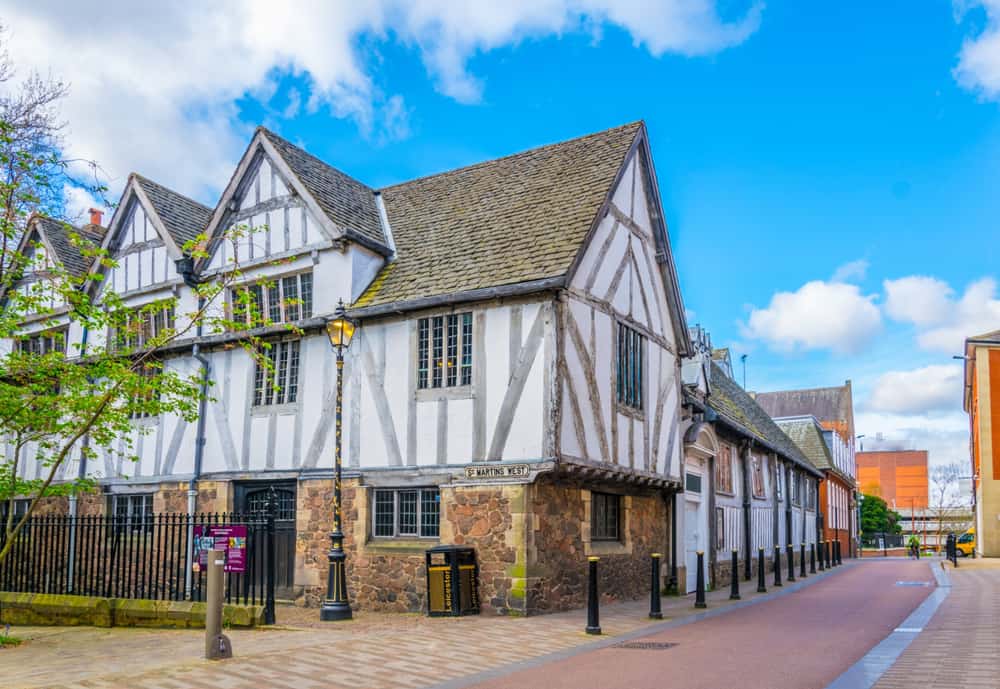 Also known as the Cathedral Church of St. Martin, Leicester, the cathedral houses Richard III’s tomb and is located at the center of the town. It has been renovated numerous times, and the facility it is today includes a 220-foot spire and a tower.

It is mostly Victorian in design and is a Grade II listed building. Inside, the cathedral is very ornate and intricately designed, and the guildhall located right next to it is just as exquisite. If you love touring old buildings with architecture that dates back many centuries, this is one place you won’t want to miss. 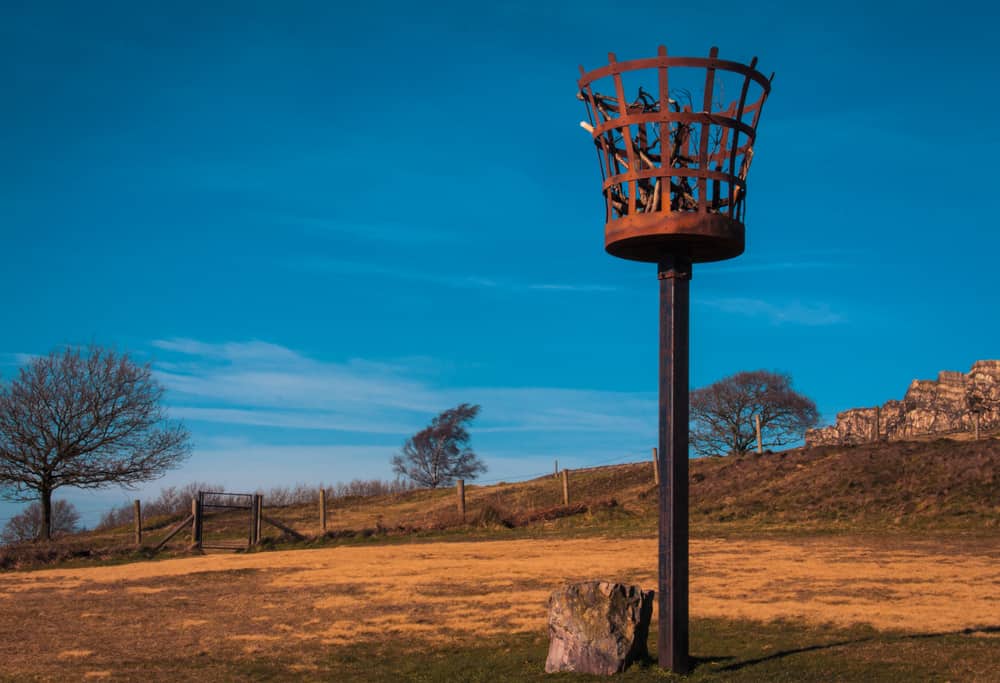 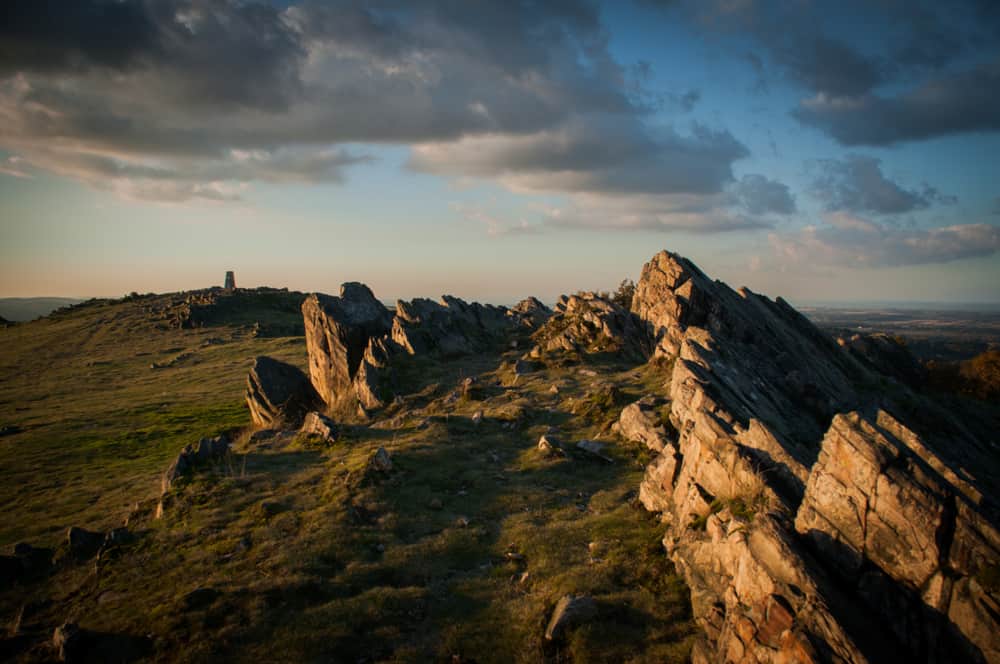 Located near Loughborough, Beacon Hill is a large country park that is very popular with visitors and locals alike. There is an extraordinary tree collection that was started in 1996, as well as activities such as walking routes, barbecue areas, horse tracks, and picnic areas.

The park hosts a fair every August, and it is home to a toposcope, several sculptures, and some beautiful scenery that you won’t want to miss. All of these things make it one of the most beautiful places to visit in Leicestershire, and one place you should visit when you’re in the area. 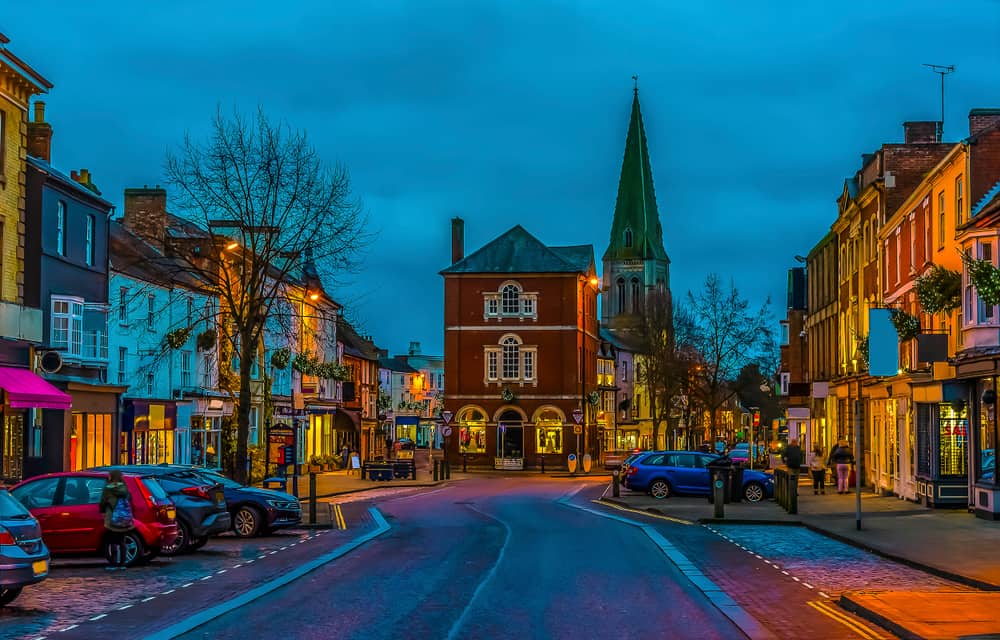 Market Harborough is a market town located in the southeastern part of the county. It is the administrative headquarters for the Harborough District, which has a population of more than 90,000 people.

Like most cities, it has a lot of things to do there, including musical performances, theaters, dance and performing art schools, an art club, and some extraordinary churches. There are also ways you can enjoy sporting activities, including golf, rugby, squash, and cricket, among others. 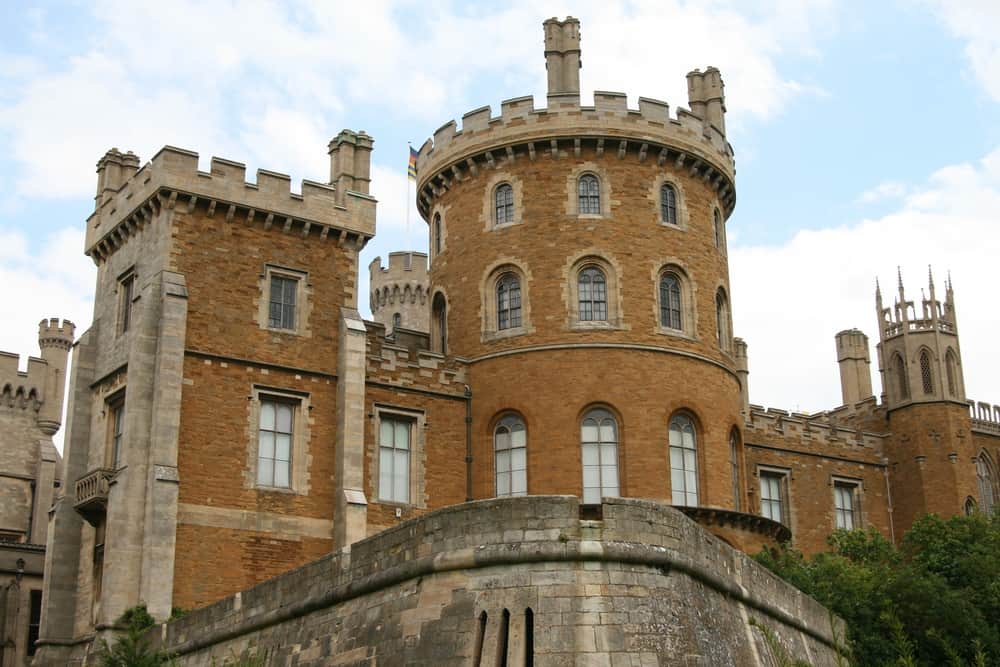 Belvoir Castle was built in 1066 but has been renovated at least three times since then. Part of the castle is still being used as a private home to the Manners family, and some of the activities hosted by the castle include a fireworks festival, a male voice choir, and a cricket club, to name a few.

It has also been featured in numerous films, most notably The Haunting, King Ralph, Little Lord Fauntleroy, and Young Sherlock Holmes. In other movies and television shows, Belvoir Castle has been used as a stand-in for Windsor Castle and even Buckingham Palace. 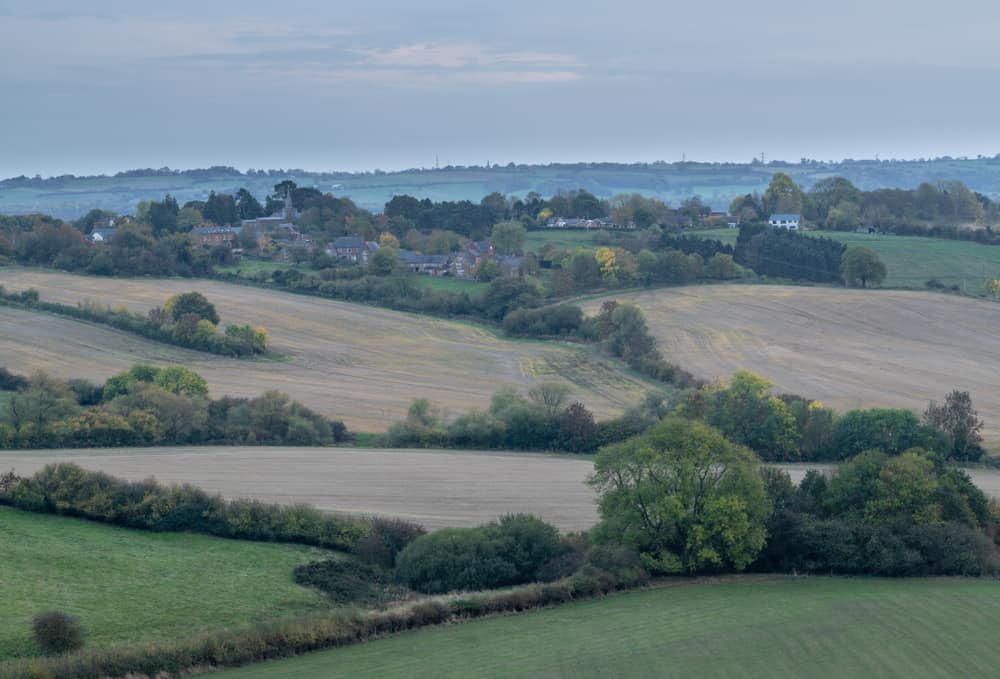 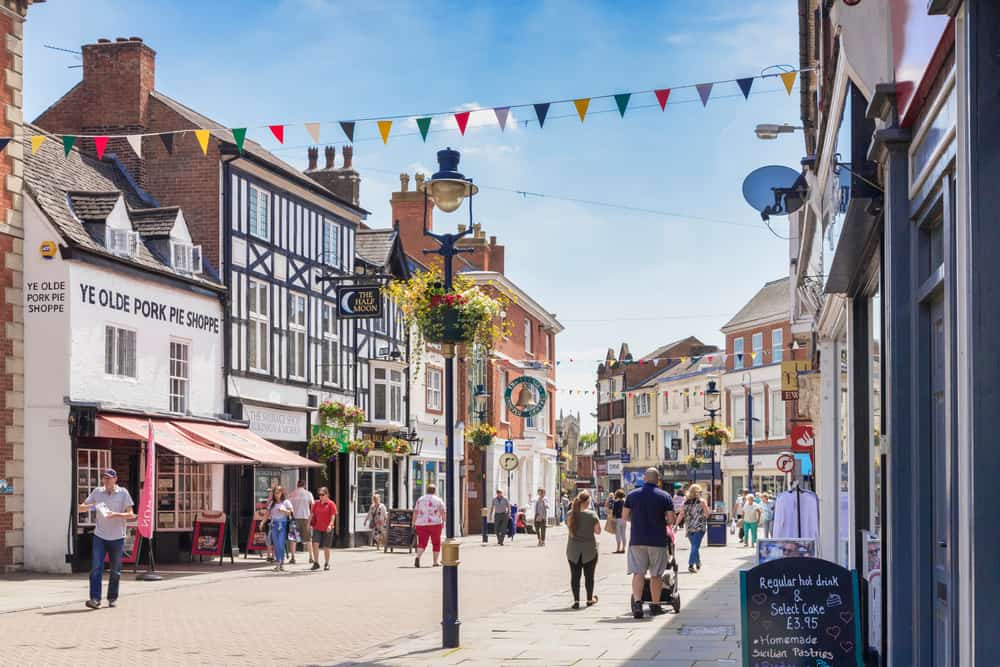 Melton Mowbray is a town in Leicestershire that is most well-known for its farm produce. In fact, many people call the town Britain’s “rural capital of food,” and rightly so.

Some of its great attractions include St. Mary’s Church, the Melton Carnegie Museum, its British brass band, pubs, cinemas, a theme park, and a historic miniature railway built in 1958. It is a quaint, very attractive town that visitors usually love.

Calke Abbey – one of the best places to visit in Leicestershire 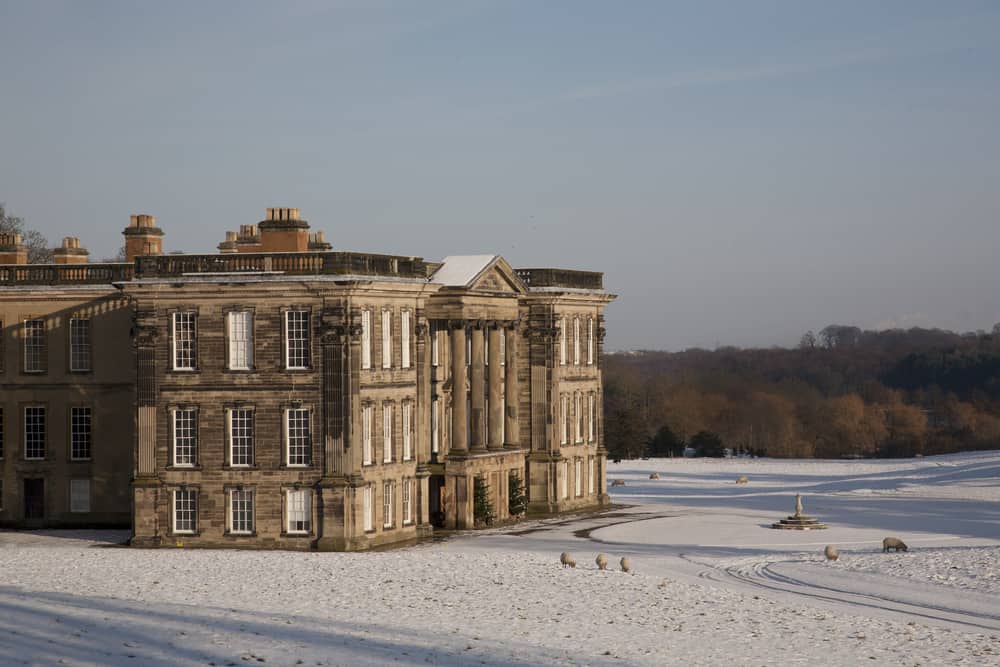 On the property is a flower garden, a landscape park, and a walled garden, so you can enjoy the outside of the mansion as much as you can its interior. Even though some of its rooms are in a state of decline, many others are just as ornate and detailed as they were before 1985.

Melton Country Park – a stunning spot to walk and explore 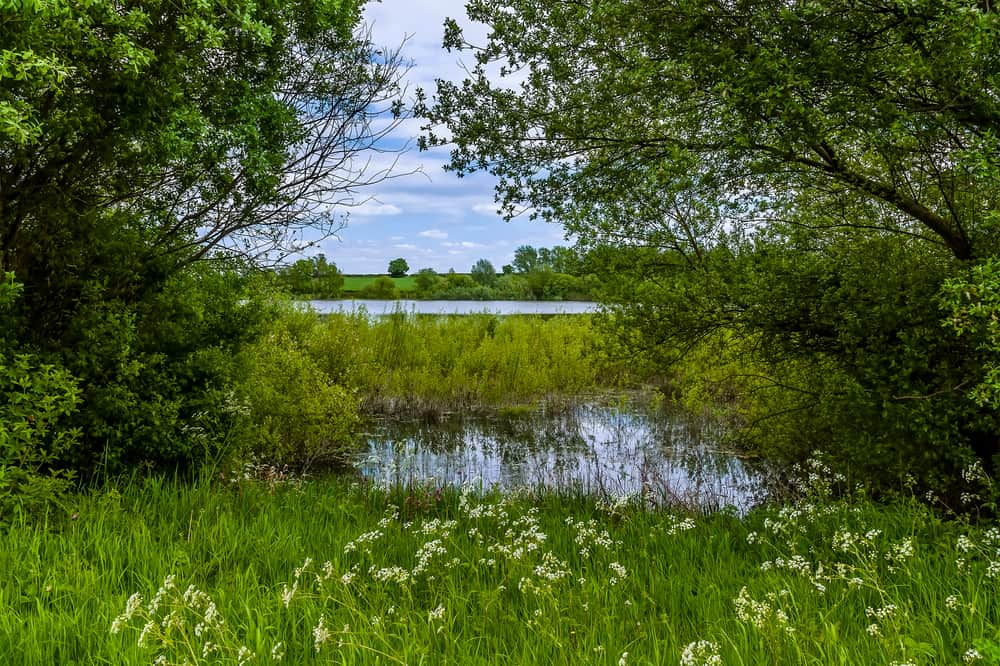 This is an extraordinary park located in Melton Mowbray that consists of a visitor center, stepping stones, bridges, memorial garden, dam, troll bridge, and a nature trail. It is also home to cricket fields and grounds devoted to various sports, so if you’re a sports lover, it is a great place to be.

In the 1990s, a reservoir was built there, and lots of trees and shrubs have been planted in the park to give it even more beauty. Finally, there is a permanent lake and a quaint footbridge that allows people to walk across the brook, meaning the park really does offer something for everyone.

Stoneywell – a pretty cottage designed by Arts and Crafts architect-designer 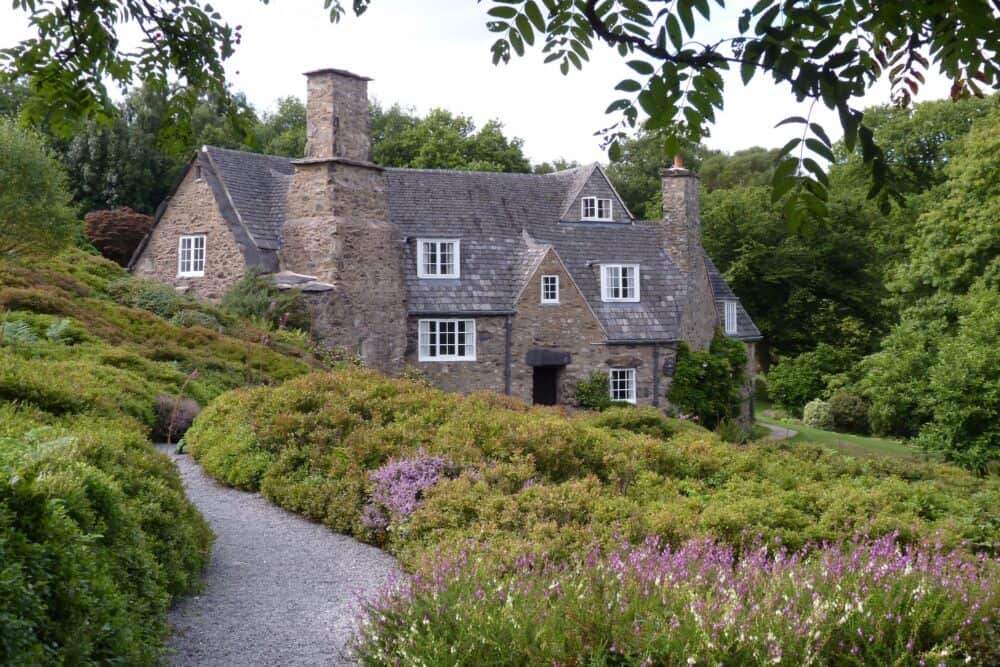 Built in 1899, Stoneywell is a National Trust property near Coalville in Charnwood Forest. The house, gardens, and woodland are visited by many people each year, although all visitors have to book their visits in advance.

This is because they want to minimize impact on the property and keep it in as good a shape as possible so that it will last longer. There are also several cottages on the property, and the architecture of the buildings is known as the “arts and crafts” style of architecture. 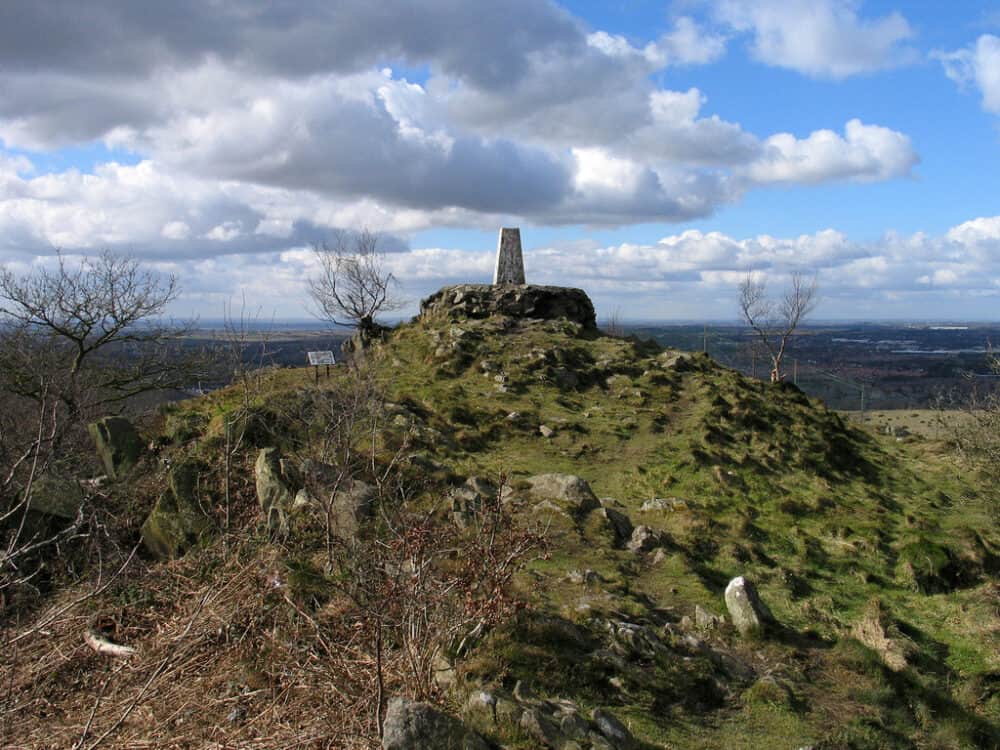 At more than 900 feet in height, Bardon Hill is the tallest hill in Leicestershire. From this hill, you can see towns and structures as far away as 60 miles, and the views you get are nothing short of spectacular. Interestingly, Bardon Hill used to be a volcano, and you can easily view it for miles around.

Nearby, there is a park, chapel, church, and several schools. There is also a very large quarry that is known to be one of the largest quarries in all of the UK. 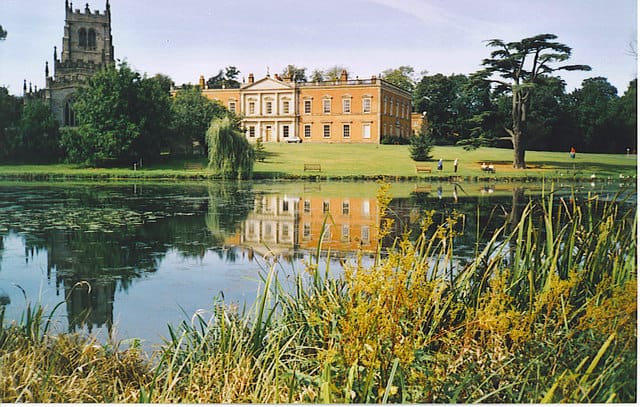 Also known as Staunton Harold Hall, this massive mansion is situated on 2,000 acres and is absolutely stunning. It is an 18th century Grade I listed country house originally built by the Earls Ferrers.

It is stately and majestic and almost academic-looking, and it has gone from private use to institutional use and back to being a private home in 2003. Part of the home, however, provides a place to hold conferences and weddings. Nevertheless, if you ever drive by the hall, you’ll notice it immediately because of its sheer size and its attention-grabbing ambiance. 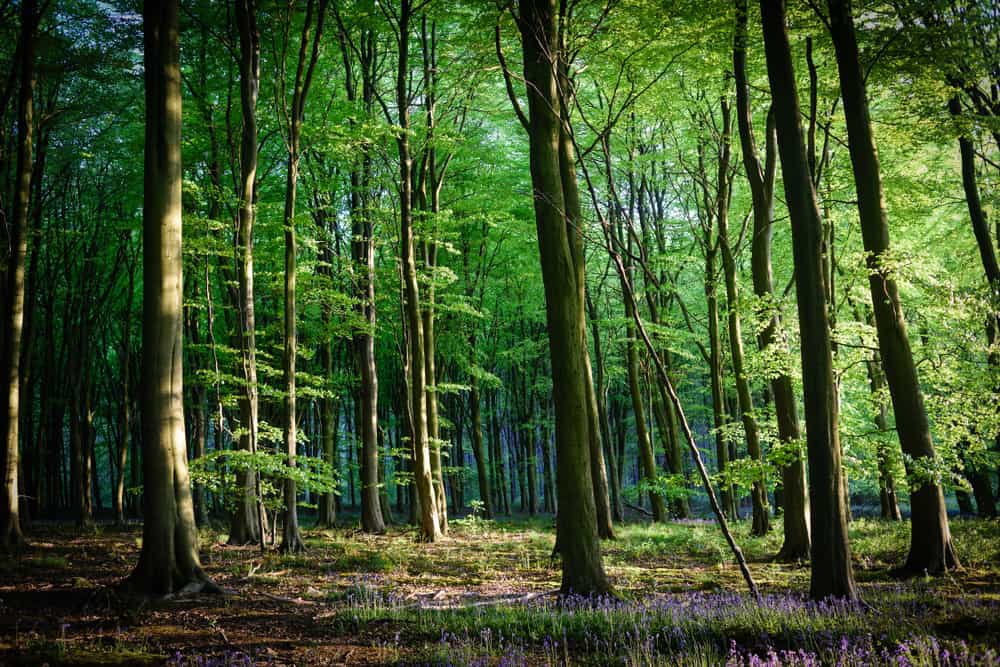 Burbage Common and Woods encompasses a little more than 200 acres and is home to Burbage Wood and Aston Firs, which is a biological site of special scientific interest (SSSI). It is a nature reserve and public park that offers beautiful heath-grassland and much more.

While the public has access to Burbage Wood, Aston Firs is privately owned. Nevertheless, this is a gorgeous area with a lot of spots that are unharmed by modern advances and is therefore a true gem. If you love nature and beautiful scenery, visiting Burbage Common and Woods should definitely be on your bucket list. 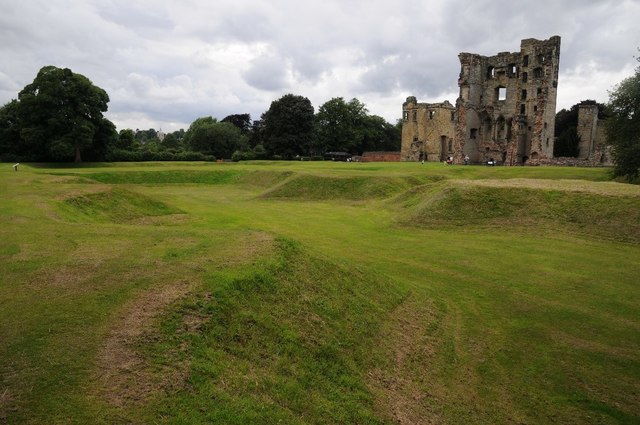 Built sometime after 1473, this castle consists of a park that sits on 3,000 acres. It is actually a ruined fortification but is very interesting to see, with its two large towers and several buildings that are located around a court.

It also has beautiful gardens to the south of the castle, but most of its buildings look like half-empty buildings because they are so old. It is still, however, an amazing site to see because you can picture what it must have looked like in its glory days just by looking at it now. Its old buildings include a kitchen tower, a great chamber, a great hall, and even a chapel, so you will not run out of things to see while you’re there. 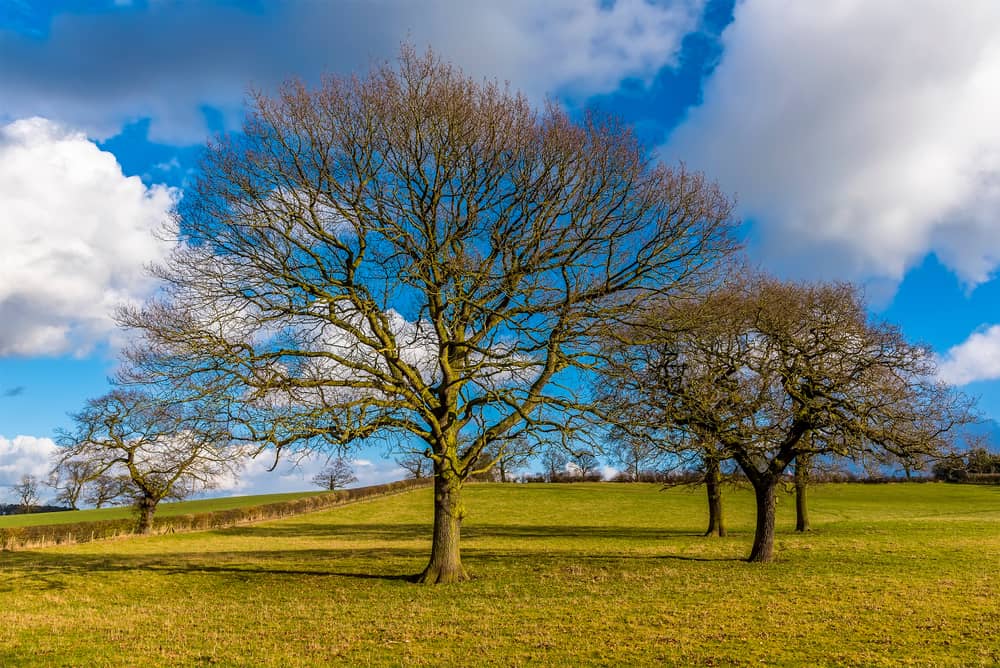 Located just east of the town of Market Bosworth, this park covers 86 acres and features a lake, wildflower meadow, community woodland, and a planted arboretum that includes lots of different exotic species. It is also home to a playground and several picnic areas, making this a great activity if you’re looking for something that the whole family can enjoy.

It is well-maintained and always looks great, and it is a perfect way to spend the day if you just want to relax, enjoy nature, and spend some quality time with family and friends. 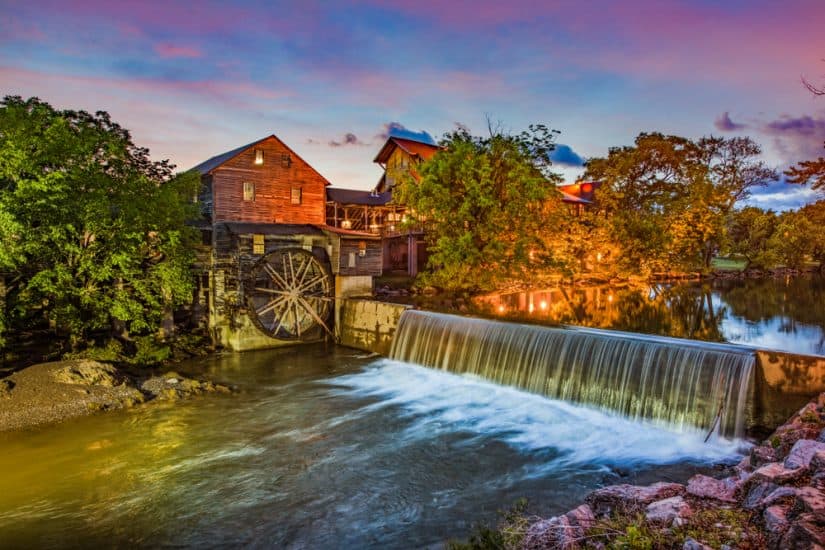 15 most beautiful places to visit in Tennessee